The Story Of Batavia, The Indonesian City Violently Colonized By The Dutch

Batavia thrived as the spice market at the center of Dutch East India company — at the expense of its native population. 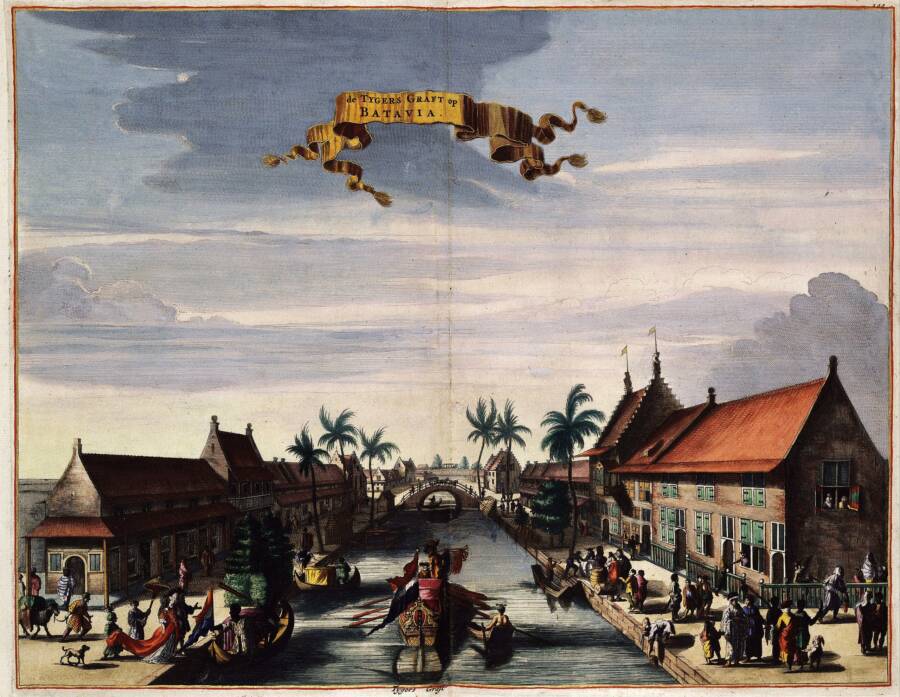 Today, Batavia is no more. This former Dutch colony in Indonesia exists only in glimmers on the streets of Jakarta. But those glimmers, however faint, tell a story of immense wealth and horrific violence.

Established by the Dutch in 1619, Batavia rapidly became the heart of the Dutch East Indies. Spice in the 17th century was as good as gold — and the abundance of spice in Batavia made the Netherlands rich.

All the while, colonizers in Batavia regularly relied on violence to subdue the indigenous population — and massacred thousands of them.

Why The Dutch Seized Batavia

At the end of the 16th century, policymakers in the Netherlands made a fateful decision: They wanted a piece of the spice trade. To wrest control of the market from the Portuguese, the Dutch sent out an expedition for spice-rich lands in 1595.

When the expedition successfully returned from present-day Indonesia with a cargo full of spices like tamarind, mace, cloves, and nutmeg, the Dutch knew they’d struck gold. After a few years, they formed the powerful Dutch East India Company (Vereenigde Oost Indische Compagnie or VOC), which eventually built more comparative wealth than Apple, Google, and Facebook combined.

But spices weren’t always easy to gather. The Dutch butted heads with the Portuguese, the English, and the indigenous Indonesians. In 1619, determined to seize control, forces led by Dutch governor-general Jan Pieterszoon Coen stormed the city of Jayakarta, which is what Indonesians called Jakarta until its destruction by the VOC. 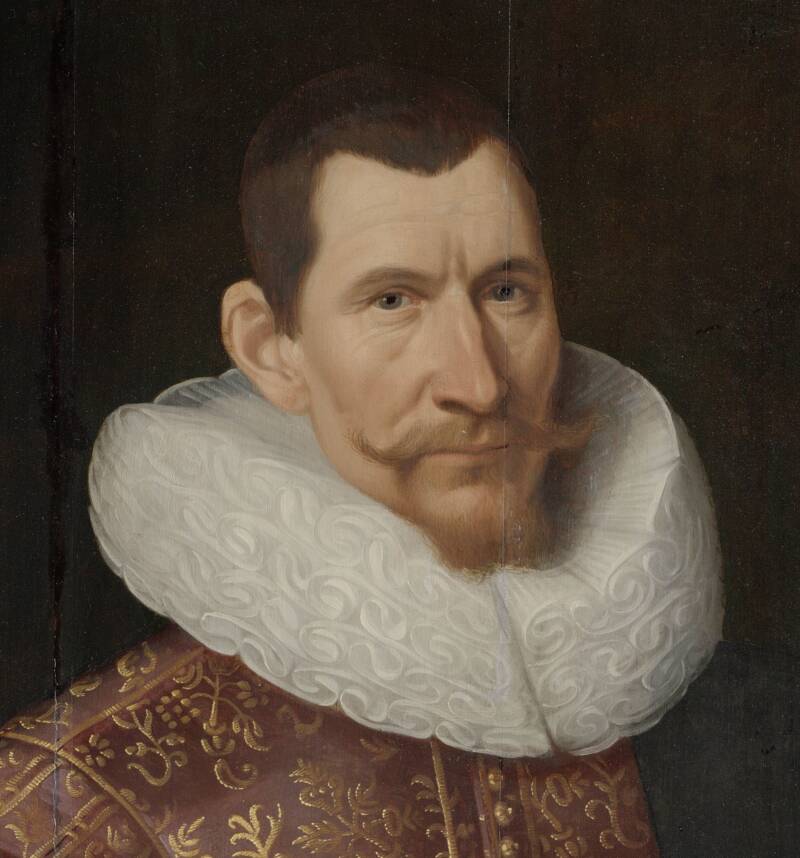 Wikimedia CommonsJan Pieterszoon Coen wanted to name the city Nieuw Hoorn after his hometown but was overruled, and Batavia was chosen instead.

Coen and his men destroyed Jayakarta, razing the city and killing hundreds. In the smoldering ruins, they established Batavia, so-named for the Batavi Germanic tribe of the Roman era, from which it was once believed that the Dutch people were descended.

Soon, this walled city became the heart and soul of the Dutch East Indies. It would even outlast the VOC, as the Dutch wouldn’t officially relinquish control of it until the 1940s.

The Extreme Violence At The Heart Of The Spice Trade

As Batavia grew, it took on the appearance of a Dutch city. Workers dug canals, built a Stadthuis, or city hall, and constructed warehouses for their spice trade. 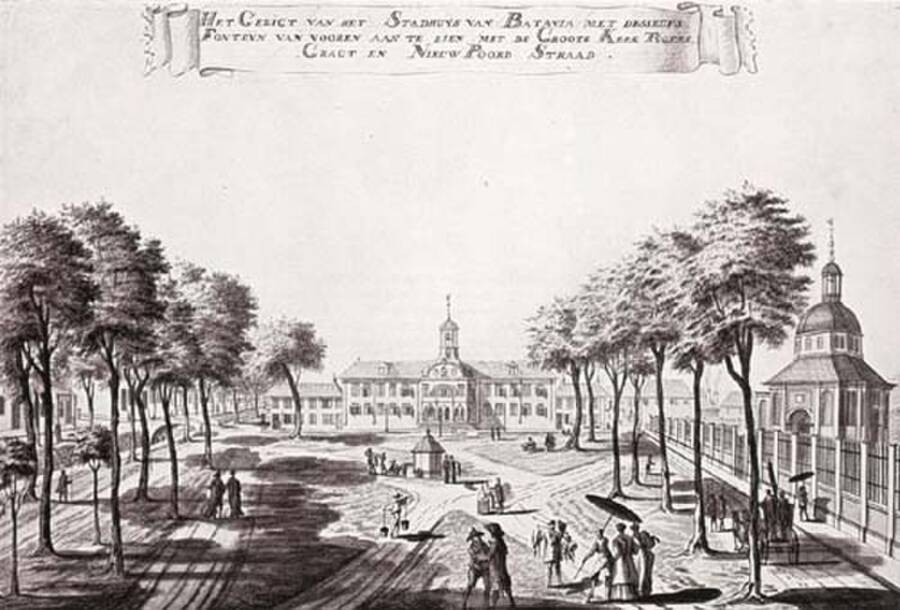 Wikimedia CommonsAn 18th-century drawing of the Stadthuis, or State House, in Batavia.

But the Dutch were still strangers in a strange land, and so they went to great lengths to exert control over the native population.

In 1621, Coen led an assault on the nearby Banda Islands because its people had given nutmeg to the English. He killed nearly the entire population there in the process, leaving just 1,000 people out of 15,000 alive.

The Dutch were also not the only settlers in Batavia, thousands of Chinese migrants also lived in the region, and tensions rose between them and the VOC. This came to a head in 1740 when the Dutch massacred some 10,000 Chinese people there.

Even the collapse of the Dutch East India Company in 1799 did little to ease the violence in Batavia. Today, shadows of the VOC’s brutal rule linger in Jakarta’s Old Town, still dotted with Dutch colonial buildings.

There, a picturesque sunken fountain once served as a “water jail” where the Dutch handcuffed prisoners in thigh-high water so that they couldn’t sit down without drowning.

Nearby, Batavia’s elegant Stadthuis contained dirty dungeons and terrifying torture chambers. There, some prisoners were allegedly sentenced to sit on a wooden “horse” with a sharp back. Weights were tied to both legs.

In total, the Dutch maintained their grip on Batavia — apart from a brief period of British control during the Napoleonic Wars — for 330 years. The region was usurped by the Japanese in World War II, during which time the Indonesians declared their independence.

The Japanese retreated in 1945, with the name Batavia finally being returned to Jakarta. However, the Dutch refused to recognize Indonesian independence until 1949.

Batavia holds an uncomfortable place in history for many in the Netherlands. Though once a powerful and proud colony, Batavia todays is largely seen as an embarrassing reminder of Dutch colonialism.

And just as in the United States, many in the Netherlands are reevaluating historical figures who have been nationally honored, like Jan Pieterszoon Coen. 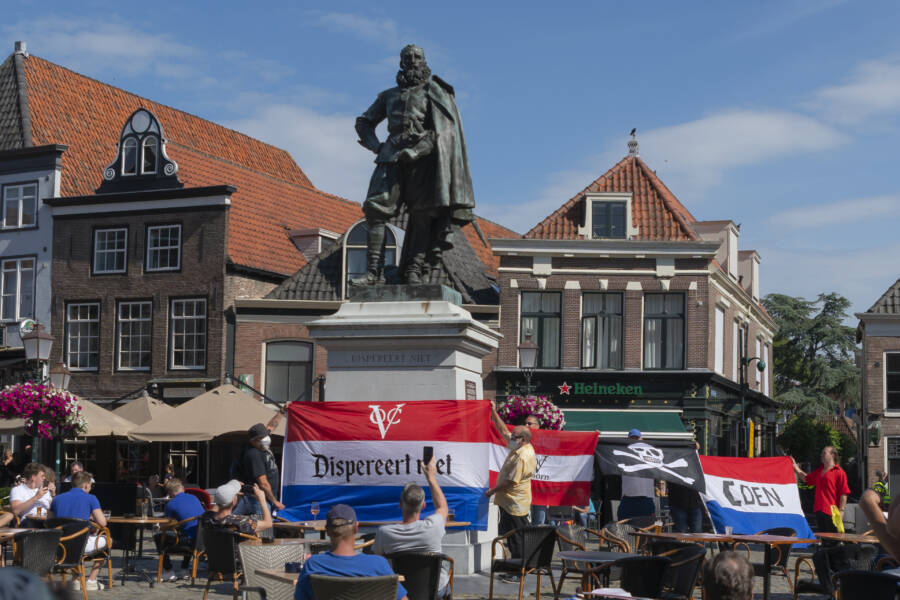 Citizens of Coen’s hometown, Hoorn, even filed a petition to remove his statue there. Though the city council eventually decided that the statue would remain — at least for now — they’ve affixed a sign explaining his violent legacy.

“He probably has thousands of deaths on his conscience,” explained Gert Oostindie, a historian and professor of colonial history at Leiden University.

“Even the top officials of the Dutch East India Company, which was known for its own harsh ways, reprimanded him for his brutality — which says a lot.”

It may feel like distant history, but Batavia’s wealth helped build the Netherlands into the nation it is today, and reminders of Dutch cruelty in pursuit of riches endure in Jakarta.

After reading about Batavia, learn how tulip mania seized the Dutch in the 17th century. Then, discover the controversial Dutch Christmas tradition of Black Pete.