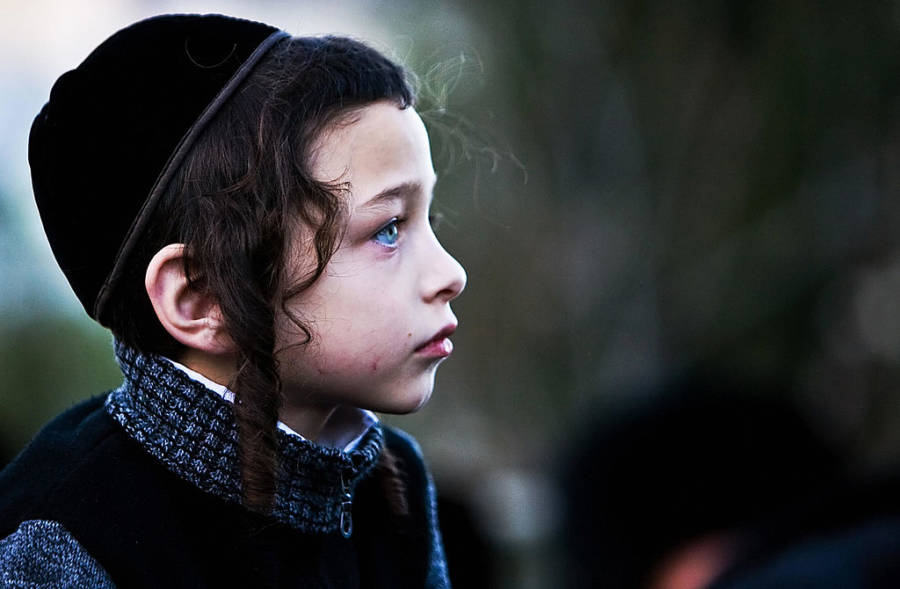 When Naftuli Moster was applying to college, he had never written an essay in English, never attended a gym class, and never heard the word “molecule.”

As a Hasidic Jew in New York, he was part of an ultra-Orthodox community in which secular subjects — like science, English, and math — weren’t considered an important part of the curriculum and often weren’t taught at all.

There are about 250 Jewish private schools (yeshivas) in New York City, according to The New York Times. Nearly a third of the students in them are not fluent in English — despite having lived their whole lives in America’s largest city — and often don’t learn their ABC’s until age seven or eight.

Now with a hard-won master’s degree, Moster is fighting back against the religious education system that failed to adequately prepare him for higher education or most careers.

He founded the organization YAFFED (Young Advocates for Fair Education), which is working to expose the flaws in the yeshivas’ way of educating — flaws that are often ignored by the state’s Department of Education.

One way of exposing these flaws is by interviewing other graduates of Orthodox schools about their experience.

“I didn’t know anything about modern studies, anything about civil rights,” former yeshiva student Manny Vogel said in an interview that has since been viewed on Facebook more than 56,000 times. “To learn about the whole civil rights issue that America has gone through, I was really shocked by it.”

Vogel said his school day often stretched from 7:30 a.m. to 9:30 p.m. and included no secular subjects. All of the faculty and the entire student body were white, male, Hassidic Jews.

“Racism was encouraged,” Vogel says in the video.

Moster, one of 17 siblings, said that a big part of the problem is that many people are unaware of what’s going on and are shocked to learn that something like this is happening in America.

“The issue is gaining more attention, our videos are getting tens of thousands of views, we’re going around giving presentations in synagogues and colleges, we’ve collected petitions — we’re learning how New Yorkers respond to this issue, so it’s becoming harder and harder to ignore it, and any new legislation has a much better chance of passing,” Moster told The Times of Israel.

Hassidic leaders, however, are not happy about the idea of government interference in their schools.

“By filing a formal complaint with a governmental agency, asking government to require yeshivas to put into place a curriculum that is substantially equivalent to that of the public schools in subject matter and time allotments, the public critics are seeking to totally do away with the yeshiva system as we know it, which plays such an integral role in the religious life of our community,” Rabbi Avi Shafran, a spokesperson for Orthodox education in America, told The Times of Israel. “This is totally unacceptable.”

On the other side of this issue, critics like Moster state that yet another issue is that many of the students and families aren’t even aware of what they’re not learning. They think that their education is normal.

Because of that, part of YAFFED’s campaigns include placing signs outside of yeshivas. “Is your son receiving instruction in English, math, science, history, and geography?” they read. “He should!”

These yeshivas have also been found to make it extremely difficult for their alumni to enter college.

“We had anti-college prep,” Hayden, another YAFFED interviewee, said of her all-girls Hassidic high school. “We had lectures on why college was bad, why it ruins your soul.”

New interview with Hayden, a graduate of an all-girls Hasidic school (Satmar girls' school of Boro Park).Also available on YouTube:https://youtu.be/dSII4pWrb78

Moster himself has been somewhat ostracized from the Hassidic community. Before college, he had to cut ties with his family and ultimately file to be declared independent from his parents in order to apply for financial aid.

Though he still considers himself Jewish, he no longer wears the broad hats and curled hair of his former sect.

He’s since made significant progress in his efforts to spread awareness. The city’s Department of Education is currently conducting a long-term investigation into the matter, which was first triggered by YAFFED’s work in 2015.

Meanwhile, Moster still sees the effects of his education on his own worldview.

“I know I sound articulate,” he told The Times of Isreal. But “there are still times where I’m completely stumped by a certain word or concept that is familiar to the average student.”

“Given basic tools, I could be a lot further in my education.”

Next, read about the Holocaust survivor who recently took on ultra-Orthodox Jewish sexism in a lawsuit and won. Then, read the story of Hessy Levinsons Taft, the Jewish child that Nazi propaganda touted as the “Perfect Aryan.”