"No humans were harmed in the making of this burger," the company said. 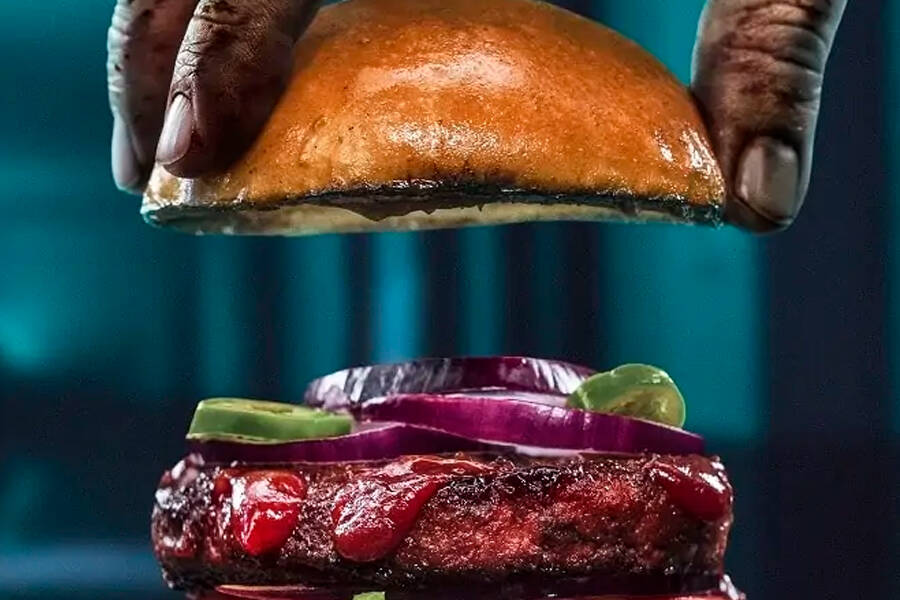 If you’ve always been curious about how human flesh tastes but have sensibly avoided the taboo indulgence, the Swedish company Oumph! has a solution: a plant-based burger patty made to taste like human meat.

As the New York Post reported, the company originally released its bizarrely unique burger around Halloween 2021 alongside an appropriately gruesome horror-themed advertisement on their YouTube channel.

But now, they can add an additional modifier to their plant-based human meat burger — award-winning. In the summer of 2022, the company received a Silver Brand Experience and Activation Lion at the Cannes Lions Festival of Creativity for their flesh-textured burger.

The concept itself may seem off-putting, but it clearly won points for creativity. The other question we have to ask, of course, is why? Why would a company want to replicate human flesh in a burger patty?

Thankfully, Henrik Åkerman, the global brand leader at Oumph!, had an answer: “As a small brand we need to be bold and ready to push some boundaries to breakthrough, and I think this campaign is a good example of us doing just that.”

And while the campaign has most certainly garnered attention for the brand, it also serves as a message to people who denounce plant-based meats as not actually tasting like the meat they’re trying to replicate. 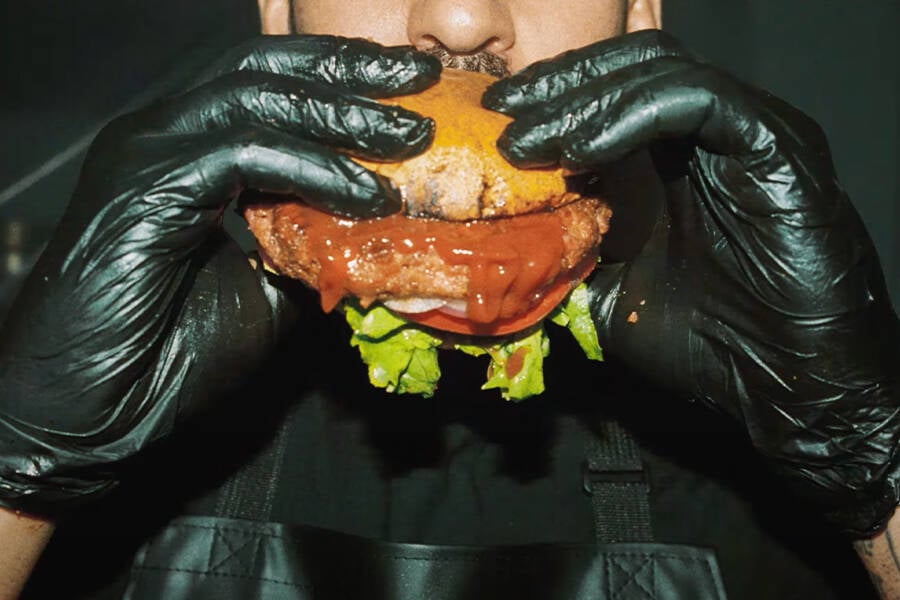 Oumph!/YouTubeThe burger was available for one night only on October 30 at Nytorget, Södermalm, Stockholm.

Tomás Ostiglia, executive creative director at creative agency LOLA MullenLowe, the company behind the burger’s advertising campaign, called this “a claim most are tired of hearing and even more tired of being disappointed by. And of course, a solution was to make a tasty plant-based human meat burger. The bravery of launching a risky idea that is 100 percent on-brand is always rewarded.”

The idea, Åkerman said, was to show people that any meat — even human meat — can be replicated by plants.

The fake meat itself was made with soy, mushrooms, wheat protein, plant-based fats, and “a mysterious spice mix,” Insider reported.

“Our mission is to change how people eat, and it is our duty to use creativity as a tool to make this change happen,” Åkerman said.

Per Vegconomist, Oumph! first launched their plant-based pulled pork in their home country of Sweden to immediate success, after which they began to expand their operations all across Europe, including the Netherlands, Germany, and the U.K.

In June 2020, they were acquired by LIVEKINDLY co., telling Vegconomist, “Our goal has always been to transform the food systems in a way that the planet can ultimately feed ten billion people by 2050, and the LIVEKINDLY co. work with the same goal in mind.”

Since then, they have additionally expanded their product line, now offering a wide array of plant-based meat alternatives including smokehouse-style ribs, bacon bits, buffalo bites, kebabs, and burgers. 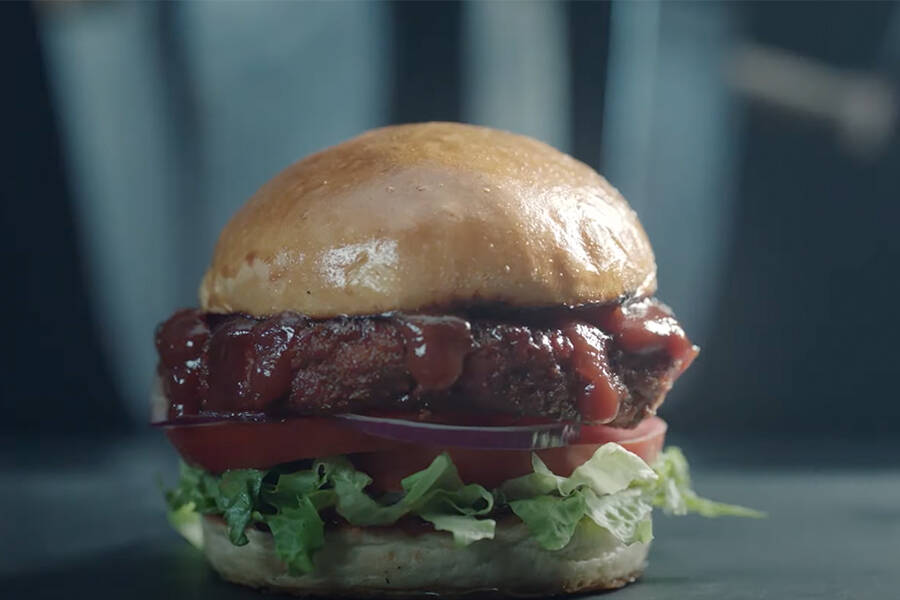 Oumph!/YouTubeThe advertisement for the burger warns viewers to “Be Scared” as horror-themed, burger imagery flashes on-screen before the word “Relax” appears.

Ideally, Oumph!’s co-founder and head of progress strategy Anna-Kajsa Lidell said, the company hopes that by creating plant-based meat alternatives that not only capture the taste of the meat they’re based on but also the texture, they can offer a viable alternative to skeptics.

They also cited sustainability, health, and cruel farming practices as further incentives for meat-eaters to branch out of their comfort zones and try an alternative.

“As consumers become more aware of the widespread use of antibiotics within industrial animal farming, I believe that consumers will make more selective choices in what they eat,” Lidell said. “I believe many people will join the plant-based movement largely for health reasons, and not for the more holistic reasons… I think it will be more common that people don’t put a strict label on their diet, but have the aim of eating smarter, both for personal health reasons and for the health of the planet.”

The company’s “human meat” campaign was, ultimately, just another stepping stone on the path to reaching this goal.

Oumph! co-founder, corporate chef, and head of innovation Anders Linden described the prospect of developing the flesh-tasting burger as “exciting, and a little bit scary.”

“This is our ultimate and weird way of showing that it’s possible to create any type of food by using just plants.”

Oumph!’s burger concept was certainly unique, but what does human flesh even taste like? Read about what noted cannibals had to say about the taste. Then, learn about the tick bite that could make you allergic to red meat for life.