Andrew Renner and his son, Owen, were recorded while killing a mother bear and her cubs in Alaska as they were hibernating. 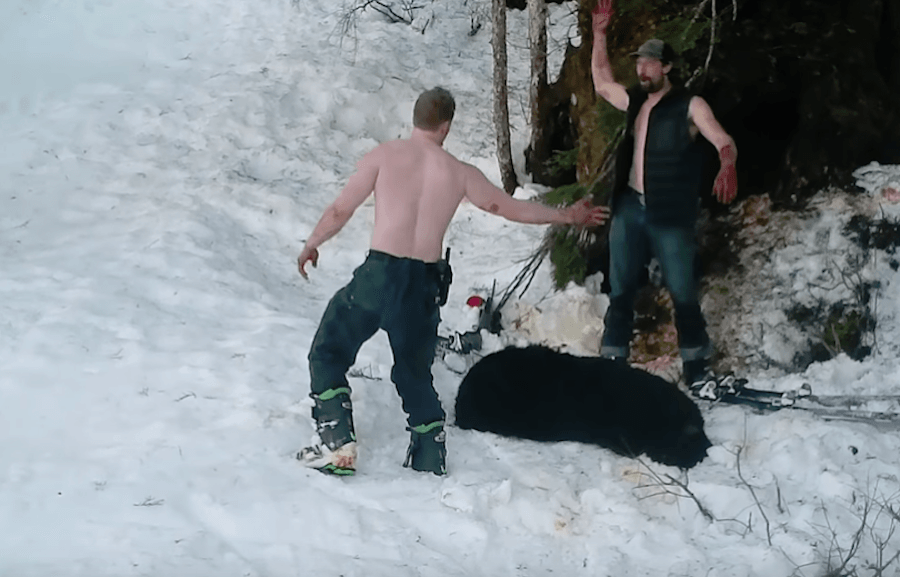 FacebookAndrew Renner and his son, Owen, share a high-five after they kill a mother bear.

Sometimes animal cruelty knows no bounds. Video footage showing two hunters killing a black bear mother and her two cubs inside their hibernation den in April 2018 has now been released to the public. According to Alaska’s KTUU-TV, the video was published by the Humane Society of the United States following a public records request from the organization.

In the graphic video, Andrew Renner and his son, Owen, are seen peering into the dark den of a hibernating black bear, before firing a handful of rounds.

The two bear cubs inside can be heard shrieking in fear as they sense the danger that is lurking outside their home. Eventually, Andrew Renner takes the first shot. Then, a second and third one, effectively killing the mother bear and both cubs.

“They’ll never be able to link it back to us,” one of them can be heard saying in the video.

After they commit the killing, the father-son duo drag the body of the mother bear out of its den. With his hands and arms covered in blood, apparently pleased by their deed, Renner gives his son an enthusiastic high-five. They then pose for a few photos with the dead mother bear, before skinning her and stuffing the hide in a bag to take home.

Andrew Renner and son Owen shot and killed a mother bear and her two cubs as she was hibernating.

But the crime doesn’t stop there. The camera caught the Renners again two days later when they came back to the scene of the crime to eliminate the remaining evidence. In the video, they can be seen getting rid of stray shell casings in the vicinity before bagging the bodies of the bear cubs they had originally left behind.

The cameras that caught the atrocious crime in Esther Island, Alaska, were originally installed for a study by the Alaska Department of Fish and Game and the US Forest Service.

“This video of a father and son killing a mother bear and her babies in their den and showing complete disregard for the lives they are taking is reprehensible,” Humane Society International President Kitty Block said of Andrew Renner and son Owen, as quoted by UniLad.

“The Renners’ actions demonstrate the ruthless brutality that the government is poised to enact into law on millions of acres in Alaska, overturning a 2015 Obama-era rule that prohibits the killing of black bear mothers and cubs in their dens on these lands.”

Last August, the Renners were charged separately on multiple counts, including unlawfully taking a female bear with cubs, possession/transporting illegally taken game, and tampering with physical evidence. Both men pled guilty to the charges earlier this year.

Andrew Renner was sentenced to three months in jail and barred from hunting for 10 years, while his 18-year-old son, Owen, got a slap on the wrist with a 30-day suspensed sentence and mandatory community service. 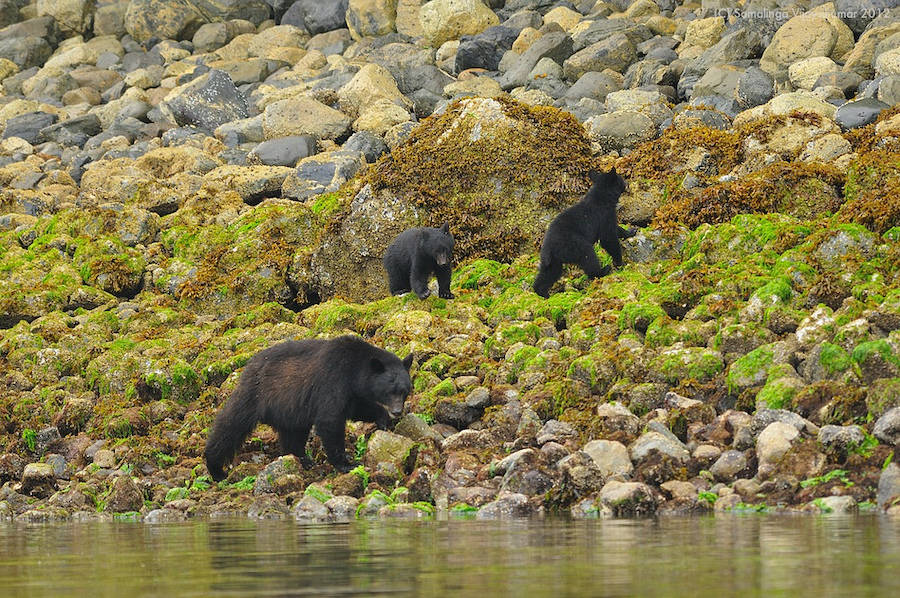 “What we saw is that there were two bear cubs that were completely defenseless and were shot at point-blank range,” Alaska Assistant Attorney General Aaron Peterson told the court. He continued to state that the crime committed by the Renners was the most egregious bear cub poaching case his office had ever seen.

According to the Humane Society, the killing of cubs, or a mother bear and her cubs, is illegal in the part of Alaska where Andrew Renner and son Owen had committed their crime. The organization warned that the actions caught on the video could be a glimpse into what might happen if new regulations from the federal government are implemented.

The organization has released the video to raise awareness about the federal government’s plans to roll back protections that were put in place to prohibit cruel methods of poaching. Hunting methods that are considered unlawful include taking wolves and pups during the denning season, shooting swimming caribou from motorboats, and using dogs to hunt.

Killing a mother bear or her cubs is still legal in some other parts of Alaska.

After this look at Andrew Renner and Owen Renner, learn about the terrible story of poachers who killed two blind lions that were released from the circus. Then, read about the 40 tiger cubs that were found dead at a popular tourist site. Finally, read about the mother bear that left her cubs to drown.