The fires were set during a heat wave that saw temperatures soar to 124 degrees Fahrenheit in parts of the country. 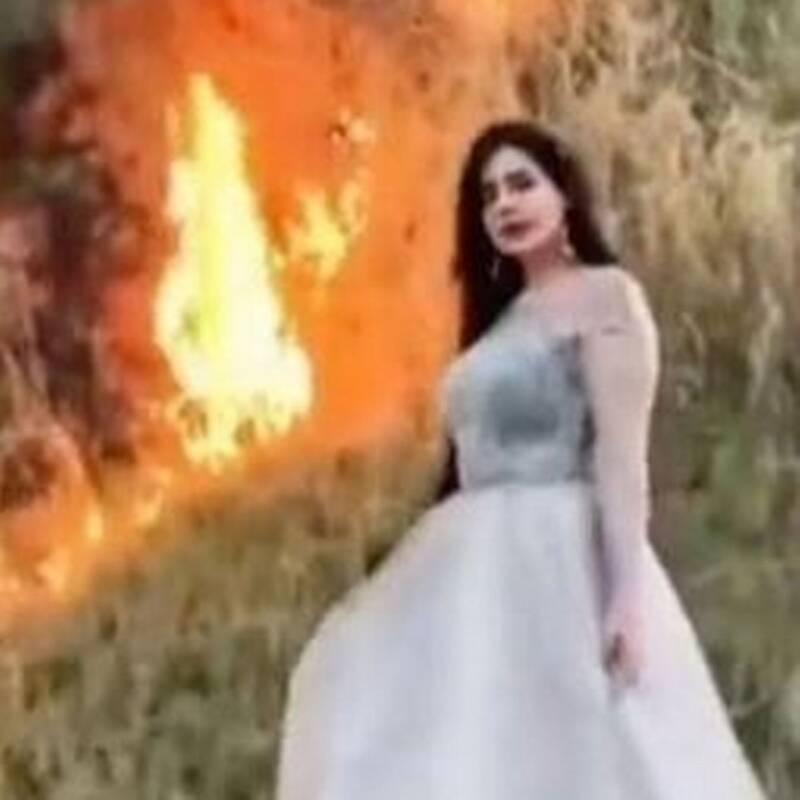 TiktokIn a video that’s since been deleted, TikTok star @DollyOfficiall is seen walking in front of a flaming forest.

In the video, a dark-haired woman struts in a silver dress as the hills behind her burn. Her caption reads: “Fire erupts wherever I am.” Now, she’s one of several Pakistani TikTokers accused of purposefully starting fires to create dramatic backgrounds for their videos.

“She should have been holding a bucket of water to extinguish the fire instead of glamorizing it,” Rina Saeed Khan Satti, an environmental activist and chairperson of the Islamabad Wildlife Management Board, said according to Al-Jazeera. “The message these videos is sending is too risky and it needs to be contained.”

The TikToker in the silver dress — @DollyOfficiall or Nosheen Syed — has over 11 million followers on TikTok. She’s accused of purposefully starting a fire in the Margalla Hills National Park in violation of the country’s environmental protection laws, charges that Syed has denied.

According to Al-Jazeera, Syed claims that she did not start the fire. Her assistant told the publication that there was “no harm in making videos.” But Syed is just one of several TikTokers in Pakistan accused of starting fires to put on their social media pages.

Vice reports that a number of other people have been accused of a similar stunt. A man in Abbottabad city was arrested for setting a fire for a video, and two men posted another video in which they’re seeing setting a fire, then running away as music plays in the background.

“This is a disturbing & disastrous trend on Tik Tok!” Satti wrote on Twitter. “Young people desperate 4 followers are setting fire to our forests during this hot & dry season! In Australia it is lifetime imprisonment for those who start wildfires. We need to introduce similar legislation.” 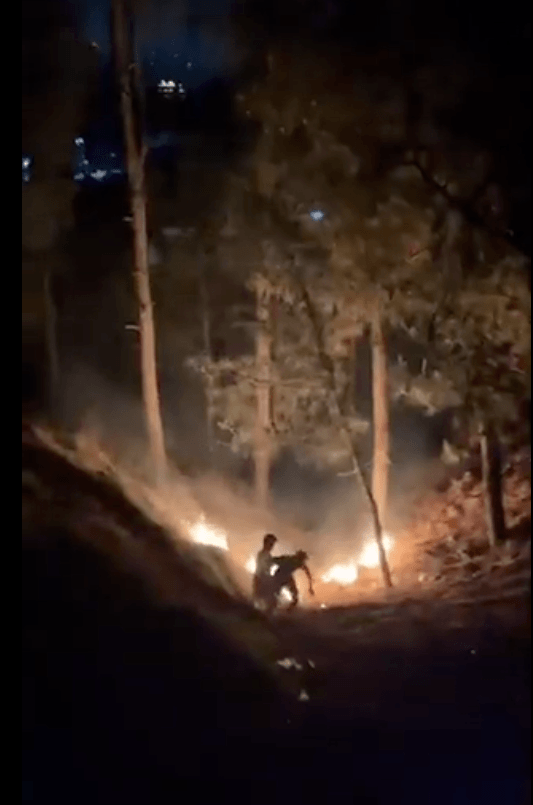 TwitterIn a screenshot from their video, two men are seeing lighting multiple parts of a forest on fire, then running away as music plays in the background.

To make matters worse, the fires were set during a devastating heatwave in Pakistan, which saw temperatures rise as high as 124 degrees Fahrenheit in parts of the country — and more than 1,000 deaths. It’s already a prime time for forest fires in Pakistan, as blazes generally erupt between mid-April and the end of July because of high temperatures, lightning, and “slash-and-burn” farming.

But purposefully setting fires for Tiktok, Satti said, is beyond the pale.

“These psychotic young people have to be caught and put behind bars immediately!” she wrote on Twitter, adding: “If you have any information plz contact @WildlifeBoard.”

She also added that Syed, or Dolly, might face severe consequences for her actions. “Model ‘Dolly’ who made the outrageous tik tok video of herself in the midst of a forest fire is in trouble!” Satti wrote on Twitter.

Indeed, the Islamabad Police have registered a case against Syed, according to the Independent, after the deputy director of the Islamabad Capital Development Authority filed a complaint against her.

Part of that complaint states “the area [filmed] is part of Margalla Hills National Park which has reported multiple incidents of wildfires recently which have damaged the ecosystem.”

But Syed continues to insist that she didn’t set the fire at all — and that the blaze in her video wasn’t even in the Margalla Hills National Park. According to Vice, she says that she shot the video an hour away from the park, alongside a highway in Haripur. She also posted another video which includes a man saying he set the fire to the hills to “clear it from snakes.”

Regardless, the message put out by Pakistani authorities is clear. Don’t play with fire. And especially not just for online clout.

After reading about the Pakistani TikTokers allegedly starting forest fires for their social media, see how these YouTubers lost custody of their kids after “pranking” them in abusive videos. Or, look through these incredible videos captured on GoPro.