Kevin Adkins almost kicked the Ice Age skull to the side because he thought it was just debris from a recent flood — then he saw that it had teeth.

When Kevin Adkins took his father-in-law, Tony Hager, on his first turkey hunt on May 8, 2022, the two West Virginians spotted an animal skull in a Putnam County creek. Covered in mud from a flood that had hit the region two days earlier, it was initially unidentifiable. So Adkins took it home — and later learned that it belonged to an 11,000-year-old giant sloth. 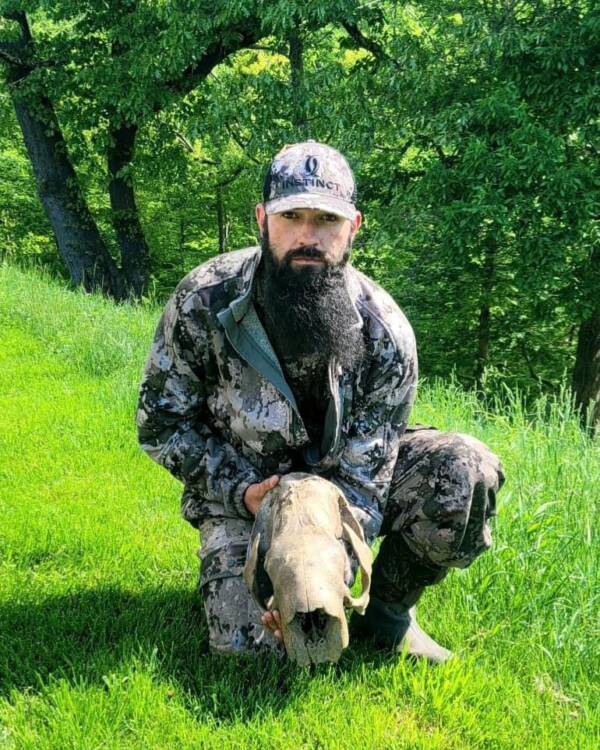 While 36-year-old Adkins had hunted turkeys in Putnam County plenty of times before, he had never come across something like this. Trudging through the muddy wilderness, the Red House resident and his father-in-law were primarily interested in nabbing some wild birds when they encountered the relic.

“We were running and gunning for toms,” Adkins told Outdoor Life. “We’d worked a gobbler for about 30 minutes, then the bird moved off, so we picked up and headed up the creek. I looked down in the middle of the creek as we crossed it and saw a big blob of something I thought was a root ball, so I almost kicked it away.”

“But I noticed something different about it and looked closer,” Adkins went on. “That’s when I saw some molar teeth, so I picked it up.”

Determined not to let the potential find of a lifetime distract from his turkey hunt, Adkins propped the skull next to the creek and forged ahead. When he and Hager concluded their hunt later that morning, they retrieved the skull and carried it home.

“[My wife] thought it was a cow skull because it was so big,” Adkins said. The skull weighed about 30 pounds and sported tufts of hair. Its jawbone had four molar teeth on either side.

“But my father-in-law said no, it was something very different,” continued Adkins. “That’s when we started searching the internet, sending photos to family and friends, and then I posted it on social media. That really got things moving along with trying to ID what I’d found.” 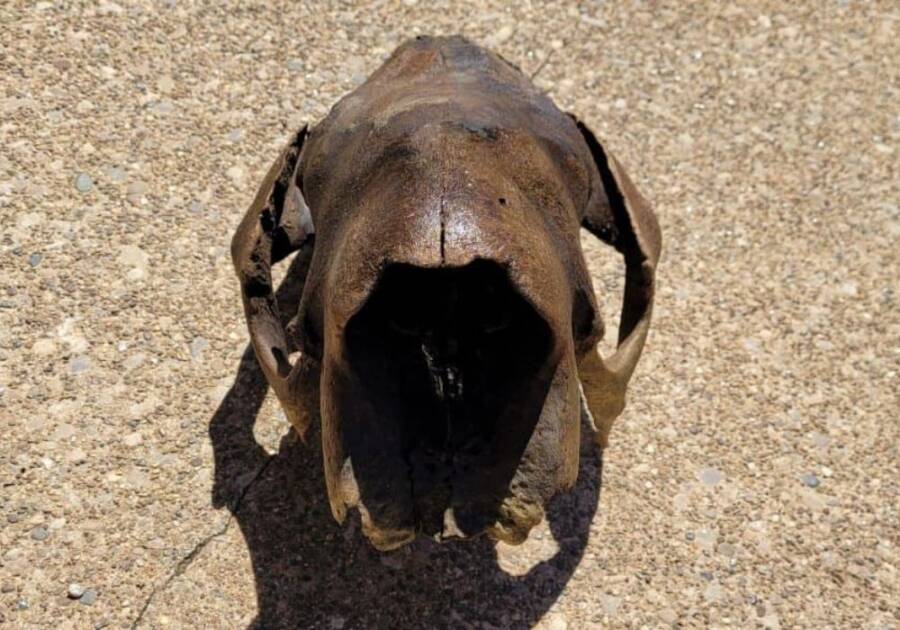 After contacting the West Virginia Geological Survey office in Morgantown, Adkins spoke with numerous paleontologists and university researchers about the find. They put him in touch with Dr. Greg McDonald, who is so renowned for his knowledge of the prehistoric species that many simply refer to him as “Dr. Sloth.”

“Dr. McDonald verified that the skull I found is a ground sloth,” said Adkins. “Scientifically it’s known as a Megalonyx jeffersonii and it lived from five million years ago up until 11,000 years ago. It weighed over 2,000 pounds and was up to 10 feet long.”

Adkins was eager to find out more about his find. “So many have been discovered in West Virginia over the years that ground sloths were named the ‘State Fossil’ in 2008.”

According to Live Science, the first evidence of Megalonyx jeffersonii was discovered in a Monroe County, West Virginia cave in 1797 by a friend of Thomas Jefferson’s, who then sent the bones to the future president.

Fascinated by fossils, Jefferson believed the bones belonged to a large lion. He thus christened it Megalonyx, or “Great Claw,” but he realized his mistake after finding an old engraving of a sloth skeleton while preparing to write a study for the American Philosophical Society.

The scientific community named the species Megalonyx jeffersonii in his honor when additional bones were unearthed in 1799, according to the West Virginia State Museum of Education.

After Dr. McDonald verified that the skull belonged to Megalonyx jeffersonii, Adkins secured his find “in a safe place.” While he’s still uncertain of what to do next, thorough carbon dating or a potential donation to a regional museum are options currently on the table.

As Adkins humbly put it, “It’s a pretty cool find for a turkey hunter.”