The Story Of Pam Hupp, The Remorseless Killer Who Butchered Betsy Faria — Then Framed Her Husband

In December 2011, Pam Hupp brutally stabbed her best friend Betsy Faria to death inside her Missouri home — then succeeded in getting her husband Russ Faria convicted for the murder. 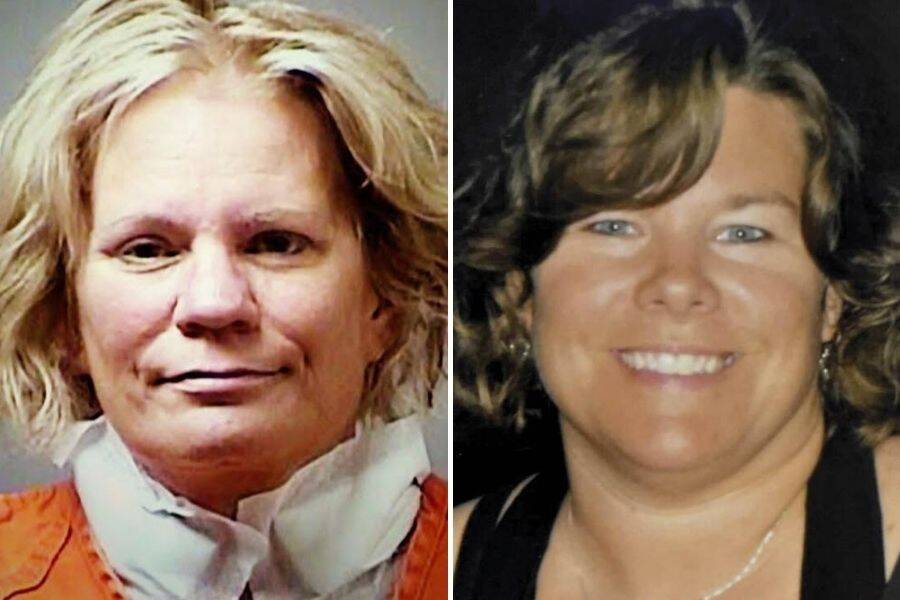 O’Fallon Missouri Police Department; Russ FariaPamela Hupp (left) got away with murdering Betsy Faria (right) for nearly six years before she was finally considered a suspect.

When Russ Faria walked in the door of his home in Troy, Missouri, on the evening of Dec. 27, 2011, everything seemed normal as he went to check on his wife, Betsy Faria. Her friend, Pam Hupp, had driven her home from chemotherapy that evening while he played games with his friends, his usual Tuesday routine.

Then he saw Betsy slumped against the front of their sofa and covered in blood. A kitchen knife stuck out of her neck. Gashes ran down her arms. Shocked and horrified, Russ thought that his wife had died by suicide. In fact, Pam Hupp had brutally stabbed her 55 times.

Over the next decade, the investigation into the murder of Betsy Faria would twist and turn. Detectives initially eyed Russ as the killer, despite an alibi corroborated by four witnesses. He would serve nearly four years in prison before his ultimate acquittal. But the case was stranger than they realized — or were willing to acknowledge.

As shown in The Truth About Pam, starring Renée Zellweger, Pam Hupp’s murder of Betsy Faria and its aftermath was meticulously premeditated. She had even fabricated evidence that led police straight to Russ — and then killed again to convince them of his guilt. Learn more about the real story behind The Truth About Pam.

Born on March 24, 1969, Elizabeth “Betsy” Faria lived a simple life. After having two daughters, she met and married Russell. The four of them lived together in Troy, Missouri, about an hour drive northeast of St. Louis, where Betsy worked at a State Farm office.

There, Betsy met Pamela Marie Hupp for the first time around 2001, according to St. Louis magazine. Hupp, who everyone knew a Pam, was 10 years older than Faria, and the two women were different — Betsy warm, Hupp more serious — but they struck up a friendship. And though they fell out of touch, Hupp started spending time with Betsy again when Betsy learned she had breast cancer in 2010. 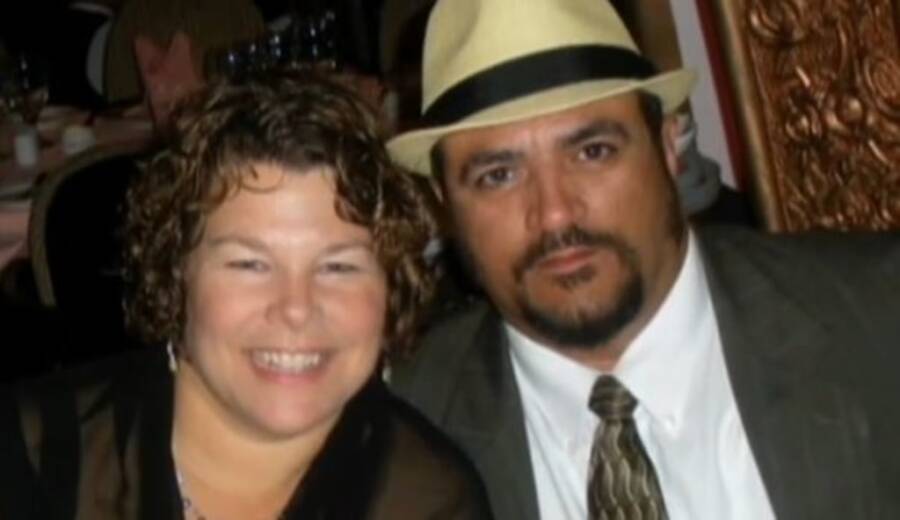 YouTubeBetsy and Russ Faria were married for about a decade.

Faria’s cancer prognosis looked grim. The disease soon spread to her liver, and one doctor said that she had just three to five years left. Hoping to make her final years count, Betsy and Russ went on a “Celebration of Life” cruise in November 2011. They swam with dolphins, fulfilling one of Betsy’s dreams.

“Betsy had an award-winning smile and one of the biggest hearts of anybody you ever met,” Russ later said to People magazine. “I know she loved me, and I loved her.”

Meanwhile, Betsy had started to lean more and more on her friend. Hupp accompanied her to chemotherapy and listened as Betsy fretted about her daughters’ financial well-being once she died. According to Betsy’s father, she worried that they wouldn’t know how to handle money. She also worried that Russ would “piss it away.”

Four days before she died, Betsy seemingly found a solution. On Dec. 23, 2011, she made Pam Hupp the sole beneficiary of her $150,000 life insurance policy, according to The Washington Post.

Then, four days later, on the evening of her murder, Betsy Faria texted her husband to let him know she was heading home from chemotherapy.

According to Charles Bosworth and Joel Schwartz’s book about the case, Bone Deep, she wrote, “Pam Hupp wants to bring me home to bed,” following up with, “She offered and I accepted.”

The Brutal Murder Of Betsy Faria

For Russ Faria, Dec. 27, 2011, was a regular day. He worked, spent the evening with friends, and texted with Betsy about her chemotherapy and picking up dog food. When he called Betsy on his way home around 9 p.m., she didn’t pick up. But he didn’t worry — she’d told him earlier that she was feeling tired because her white blood cell count was low after the chemo, according to St. Louis magazine.

He walked in the door without sensing that anything was wrong. Russ left the dog food in the garage, called out for Betsy, and wandered into the living room. Then he saw his wife.

Betsy was crouched on the ground next to their sofa, surrounded by Christmas presents from two days earlier and a pool of blood so dark it looked black. As Russ collapsed next to her, screaming her name, he saw that she had a knife sticking out of her neck and deep gashes on her wrists.

His shocked mind offered up a solution: she’d died by suicide. Betsy had threatened to kill herself before — she’d even been hospitalized for doing so — and Russ knew that she’d struggled with her terminal diagnosis.

But when police arrived on the scene, it seemed clear that Betsy Faria had not killed herself. She’d been stabbed 55 times, including through her eye, and the wounds on her arms cut to the bone.

Someone had murdered Betsy Faria. And as police talked to her friend, Pam Hupp, they thought they had a pretty good idea who. 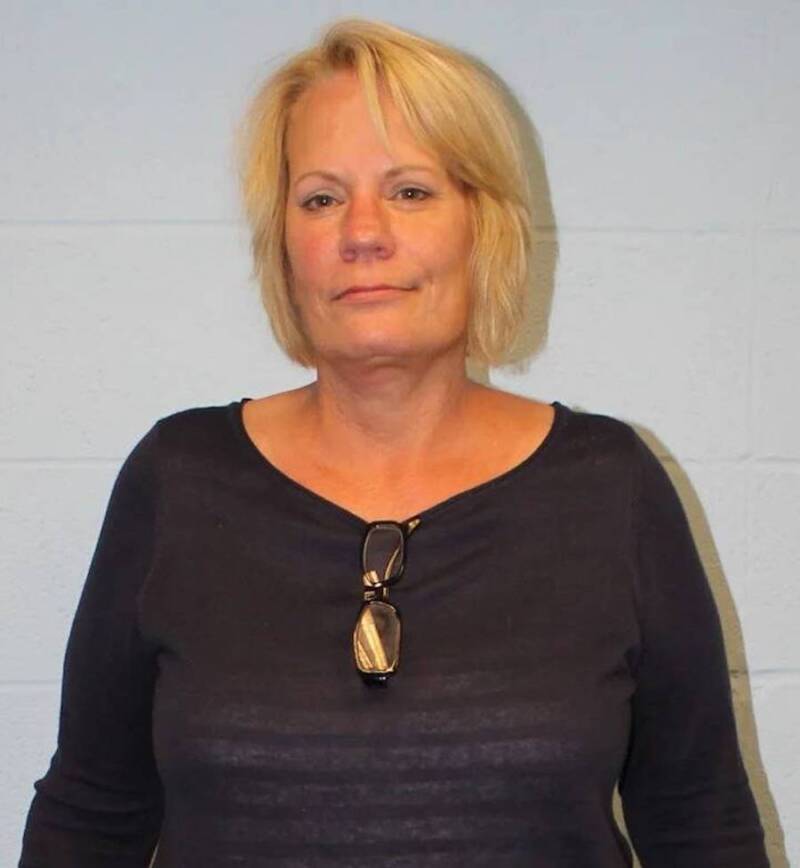 Lincoln County Sheriff’s OfficePamela Hupp lay the blame for Betsy Faria’s murder at the feet of her husband, Russ.

According to Rolling Stone, Hupp told the police that Russ had a violent temper. She suggested they check Betsy’s computer, where they found a note that indicated Betsy was afraid of her husband.

What’s more, Hupp offered a possible motive for Betsy Faria’s murder. According to St. Louis magazine, she said that Betsy was planning to tell Russ that she was leaving him that night.

To the police, the case seemed clear-cut. Russ Faria must have killed his wife in a fit of rage. They ignored the fact that four of Russ’s friends swore he’d spent the night with them. And, consciously or not, they overlooked how Pam Hupp’s statements kept changing.

Hupp initially told them that she had not entered the house, for example. Then, she said she’d just entered to turn on the light. Finally, she said that, actually, she’d gone all the way into Betsy’s bedroom.

“She may have still been on the couch, but today it makes sense that she walked me to the door,” Hupp said of the last time she saw Betsy.

Regardless of these inconsistencies, the police felt confident that they’d found their man. They even found blood on Russ Faria’s slippers.

Prosecutors charged Russ with Betsy Faria’s murder the day after her funeral. At his trial, his lawyer was barred from suggesting that Pam Hupp killed Betsy to get her life insurance money. And a jury found Russ guilty, sentencing him to life in prison plus 30 years in December 2013.

But Russ maintained his innocence. “I wasn’t the guy,” he said.

How Another Murder Led To Pamela Hupp’s Downfall

The investigation into Betsy Faria’s murder might have ended there. But Russ Faria continued to insist upon his innocence, and in 2015 a judge ordered a new trial. This time, his lawyers were allowed to lay the blame squarely on Pam Hupp.

During the trial, they suggested that the killer made the document on Betsy’s computer to frame Russ and called a witness who proposed that Russ’s slippers had been purposefully “dipped” in blood to make him seem like the killer. 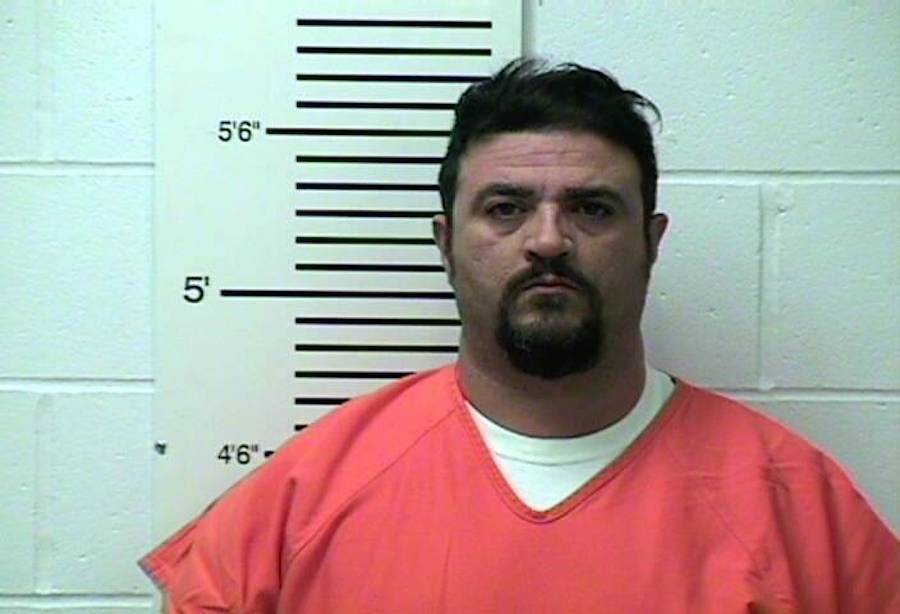 Police HandoutRuss Faria insisted that he hadn’t killed his wife.

Pam Hupp fought back. She claimed to police that she’d had a romantic relationship with Betsy and that Russ had found out. But the scales had started to tip, and a judge acquitted Russ Faria in November 2015.

The judge also called the investigation into Betsy’s death “rather disturbing and frankly raised more questions than answers,” according to St. Louis Today. Russ subsequently sued Lincoln County for violating his civil rights, and settled for $2 million.

Meanwhile, Pam Hupp seemed to sense the walls closing in. In August 2016, she took a drastic step — and shot and killed a 33-year-old man named Louis Gumpenberger.

Gumpenberger, she claimed, had broken into her home, threatened her with a knife, and demanded that she drive him to the bank to get “Russ’s money.” Investigators later found $900 and a note on Gumpenberger’s body that read, “take hupp back to house. get rid of her. make look like russ wife. make sure nife is sticking out of her neck.”

But Pam Hupp’s story didn’t stand up to close examination. In 2005, Gumpenberger survived a car crash, but it left him with permanent physical disabilities and diminished mental capacities. And he lived with his mother, who said he rarely left the house alone.

Police quickly ascertained that Hupp had lured Gumpenberger to her home by asking him to reenact a 911 call for Dateline. They even found a witness who said Pam had asked her to do the same thing. And they traced the money on Gumpenberger’s body back to Hupp.

“The evidence seems to indicate she hatched a plot to find an innocent victim and murder this innocent victim in an apparent effort to frame someone else,” said St. Charles County Prosecuting Attorney Tim Lohmar.

Police arrested Pam Hupp on Aug. 23, 2016. She tried to kill herself two days later with a pen. 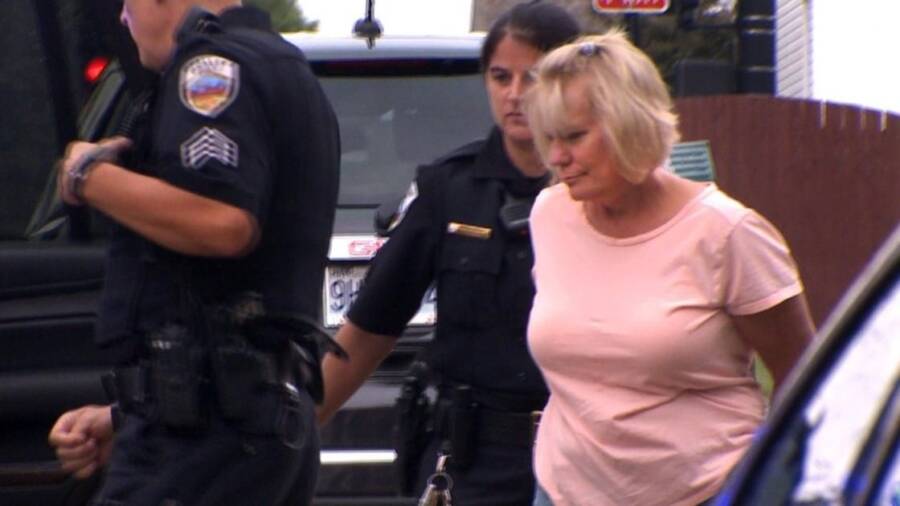 St. Louis Post-Dispatch/TwitterPam Hupp is currently serving life in prison, and may face the death penalty.

As the case stands now, Pam Hupp is serving life in prison for Gumpenberger’s murder. She also faces first-degree murder charges for the murder of Betsy Faria, according to KMOV. But that’s not all.

Investigators also suspect that Hupp may have also killed her own mother. In 2013, Hupp’s mother died after taking a fatal “fall” from her balcony. She had eight Ambien in her system, and Hupp and her siblings received large insurance payouts.

As for Russ Faria? He describes Hupp as “evil incarnate.”

“I don’t know what this woman has in for me,” he said. “I’ve only met her maybe a half dozen times, if that, but she wants to keep throwing me under the bus for something I didn’t do.”

The shocking story of Betsy Faria’s murder — and Pam Hupp’s deceptions — is now being made into a miniseries called The Thing About Pam with actress Renée Zellweger in the role of Hupp.

It will investigate the twists and turns of this strange case — and how sometimes the most dangerous people operate in plain sight.

After reading about the murder of Betsy Faria, go inside the unsolved murder of child beauty pageant star JonBenét Ramsey. Then, learn about the chilling crimes of Susan Edwards, who killed her parents but then spent years pretending they were alive so she could drain their bank accounts.