Taylor Schabusiness told police they would "have fun" trying to find all of her lover's limbs and organs. 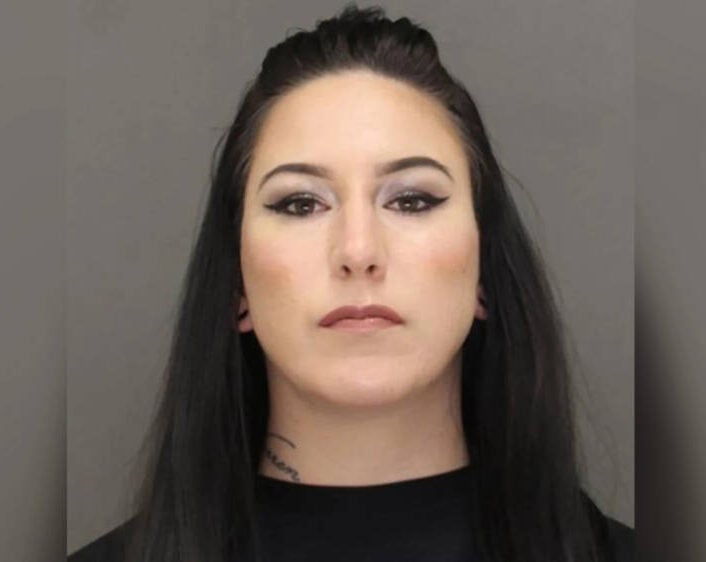 When Green Bay police officers in Wisconsin responded to a call on Feb. 23, they rushed to the 800 block of Stony Brook Lane and entered a house of horrors. According to The Daily Beast, they discovered a man’s head and “male organ” in a bucket and charged 24-year-old Taylor Schabusiness with murder.

According to WBAY, the call was made by the unidentified victim’s mother. She had found her son’s head in the basement after being woken by a slamming door between 2 and 3 a.m. Schabusiness said she and the man had smoked methamphetamine before arriving — and that she killed him during sex before driving home.

The couple reportedly placed choke collars on each other’s throats. Schabusiness said she could feel her partner’s heartbeat as she cut his oxygen off and “kept pulling and choking him harder” — until he was dead. It was then that she played with his corpse for “two to three hours” and used a variety of blades to dismember him.

Schabusiness told police that they were going “to have fun trying to find all of the organs” before pointing them toward the man’s basement and her minivan at home. According to The Green Bay Press-Gazette, she asked officers “if they knew what it was like to love something so much that you kill it.” 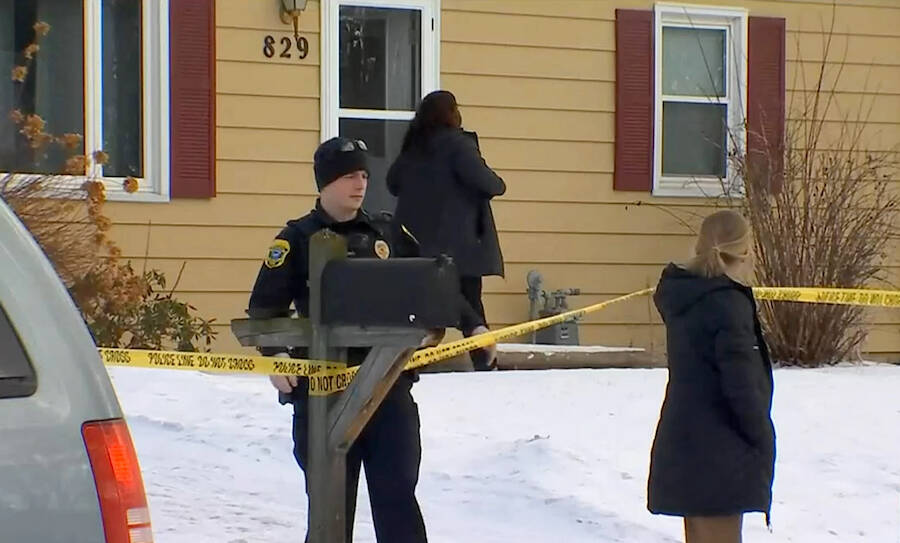 WBAY-TVSchabusiness killed the victim at his mother’s house (pictured) before driving home.

Described as “a known associate of the victim,” Taylor Schabusiness had been the last person to be seen with him. According to The New York Post, police responded to the crime scene at 3:25 a.m. and then drove to her house on Eastman Avenue to arrest her. Officers immediately noted the dried blood on her clothes.

The scene was a macabre mess, starting with the man’s head and penis found beneath a towel in a bucket. The criminal complaint said that officers “lifted the towel and observed a human head inside the bucket … [and] looked around the room and observed what appeared to be dried blood on a nearby mattress.”

Schabusiness also said that choking the man to death took between three and five minutes and that she used a serrated bread knife and another blade to cut him up. Officers spotted dried blood on a mattress and the victim’s torso stuffed into a storage tote. His legs were shoved into a crockpot box in the suspect’s van. 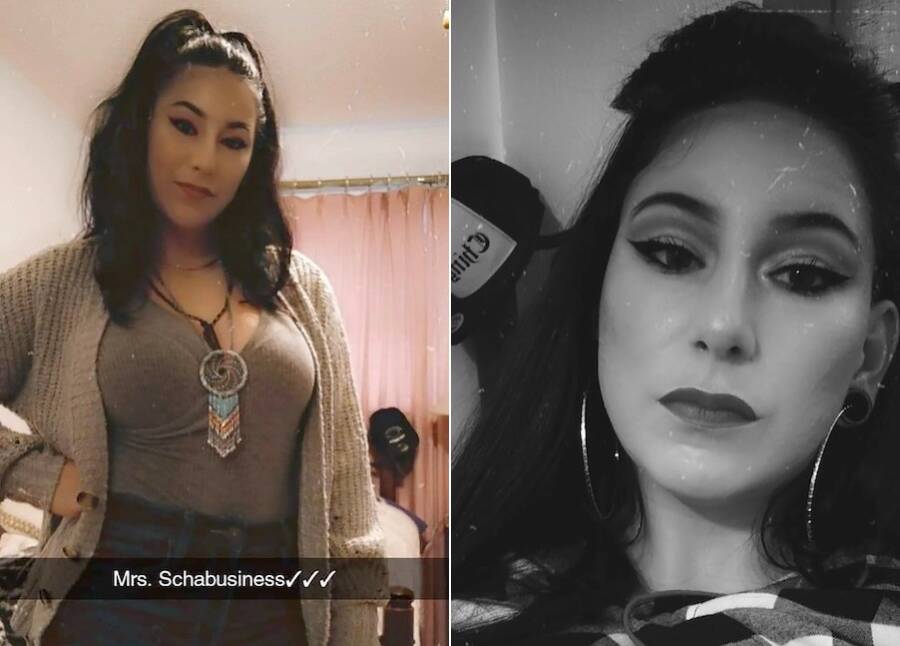 Schabusiness Taylor/FacebookSchabusiness said she went “crazy” and blacked out while dismembering the victim.

When police asked Schabusiness what happened, she replied simply: “That is a good question.” While she was inebriated at the time of the murder, she nonetheless recalled that the bread knife “worked the best … because of the serrated blade.” She hoped to bring all of the limbs home with her, but ultimately got tired.

“Schabusiness stated the plan was for her to bring all of the body parts with her but she got lazy and only ended up putting the leg/foot in the van and she forgot the head,” the complaint said.

Charged with first-degree intentional homicide, mutilating a corpse, and third-degree sexual assault, Schabusiness said she had gone “crazy” and essentially blacked out during the exhaustive process of murder and dismemberment. She only left his head and penis behind because she got paranoid and fled.

“I can’t believe I left the head though,” added Schabusiness.

Schabusiness had been on the local police radar for at least a few days before the grisly events took place. She had been placed on probation seven weeks earlier and had taken her monitoring bracelet off. While this would typically result in a visit from authorities, she was only arrested after the gruesome crime. 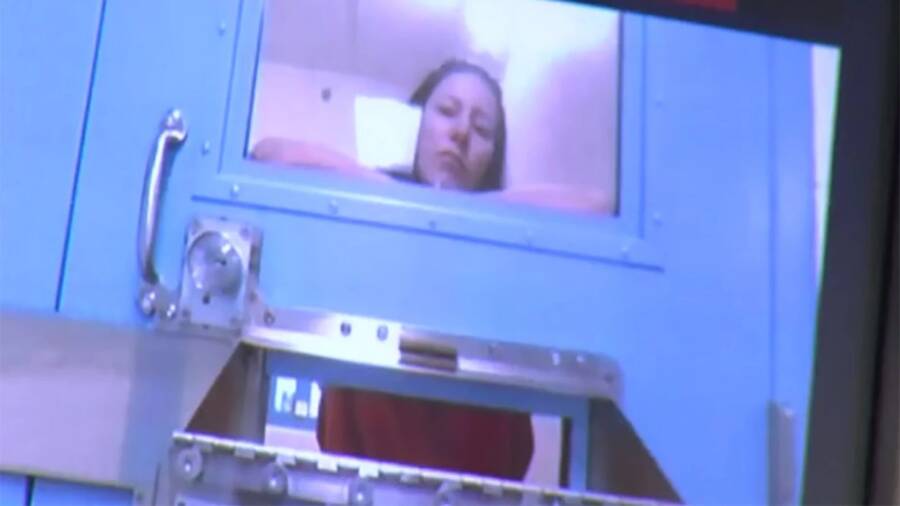 A Brown County court deemed her a flight risk and set bail at $2 million cash. Schabusiness reportedly appeared calm and soft-spoken during her court appearance. Assistant District Attorney Caleb Saunders, however, didn’t mince words in calling her crime “one of the most serious offenses we’ve had in this county in some time.” Schabusiness is due to return to court in three weeks.

“I think the facts alleged are extremely concerning and disturbing and go to the violent nature and grave nature of the offenses,” said Saunders.

After reading about the Wisconsin woman who dismembered her lover, learn about the Texas couple who were arrested with 43 pounds of meth. Then, read about Tokyo police finding nine dismembered bodies in an apartment.