The procedure to remove Patches' deadly tumor and replace part of her skull with a 3D-printed cap had never been done before in North America. 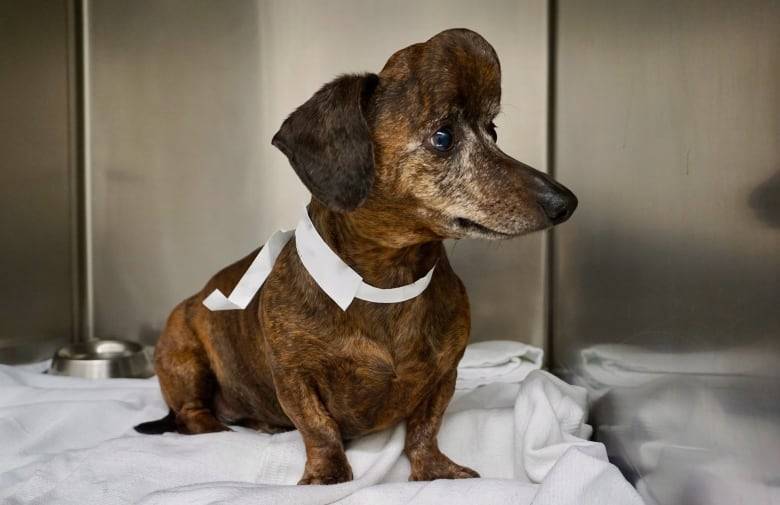 Canadian TimesPatches before surgery to remove her tumor.

Nine-year-old Patches the Dachshund was saved by a 3D-printed titanium skull cap that she received after the removal of an orange-sized tumor on her head in a groundbreaking medical procedure, according to the Canadian Press.

The tumor had grown through her skull and so in order for it to be removed, a large chunk would have to be taken out of her skull as well. The 3D-printed titanium plate then replaced 70 percent of Patches’ skull in a procedure which is the first of its kind to ever happen in North America.

Patches had a small bump on her head for years but in a matter of months, the lump had grown to the size of an orange. Her concerned owner took her to see multiple vets before ending up in the hands of Dr. Michelle Oblak, a veterinary surgical oncologist with the University of Guelph’s Ontario Veterinary College.

Dr. Oblak had been researching 3D-printing uses for dogs and thought that the technology could help save Patches. 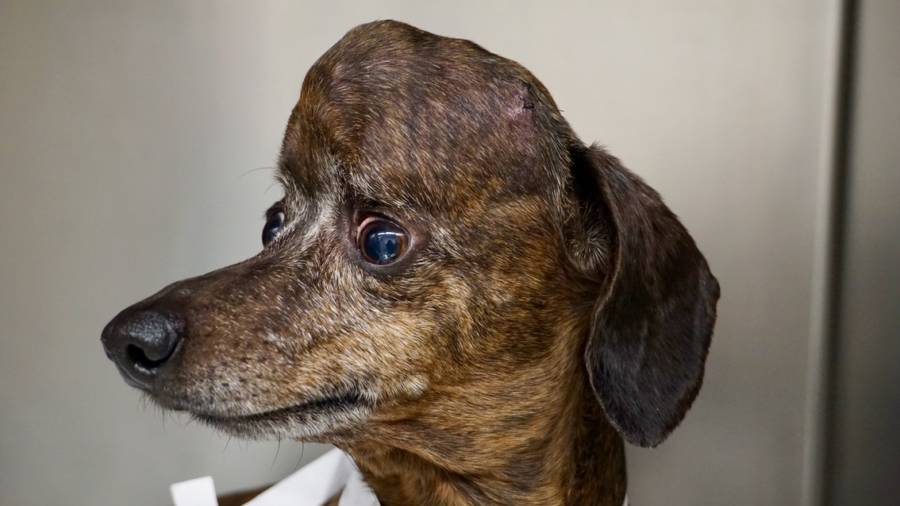 Michelle OblakPatches before the surgery to remove her tumor.

According to Oblak, a dog in Patches’ situation usually would be subject to an expensive and long procedure where the animal’s tumor and skull would be removed and then replaced with a titanium mesh. However, Oblak believed that Patches was the ideal candidate to receive, instead, a 3D-printed skull.

Danielle Dymeck, Patches’ owner, told the Canadian Press that she was hesitant at first to put her dog through such an experimental procedure, but the potential to help others ultimately convinced her.

“They felt she could recover from this,” Dymeck said. “And to be part of cancer research was a big thing for me – if they can learn something from animals to help humans, that’s pretty important.”

The brand new method used to save Patches’ life started with a CT scan of her head and tumor. Then, Oblak and her team digitally removed the tumor and cancerous sections in Patches’ skull. After that, they mapped out what the 3D-printed replacement skull piece would look like and where it would fit on the dog. 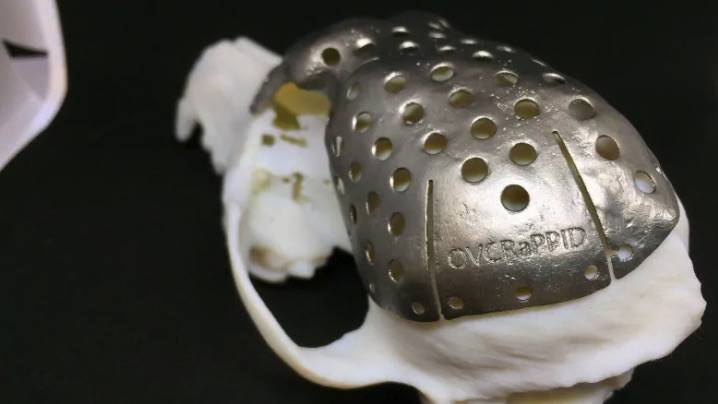 After everything was drawn out, Oblak sent the designs over to the 3D-printing company and just two weeks later Patches’ customized titanium skull cap was ready to be put in place.

In March 2018, Patches went under the knife to have her tumor removed and the new skull put in place. After a four-hour procedure, the dog was back to her old self again just 30 minutes after waking up from the procedure. Patches was even able to walk around and take a bathroom break.

“Our hope is this is something that could be more widely available on a broad scale,” Oblak said. “It went very well.”

After her procedure, Patches is now cancer-free. She has a crooked ear and scar on her head but it seems like a small price to pay for the life-saving operation. 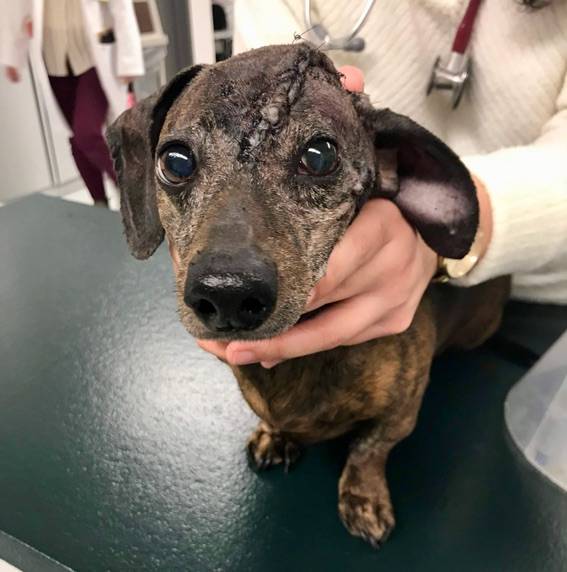 However, another tragedy befell Patches shortly after her operation. In an incident not connected to her skull replacement, Patches received a back injury and her hind legs were paralyzed.

Patches has to use a wheelchair to get around but her owner told the Canadian Times that the resilient dog is showing no signs of slowing down and that she remains grateful to Oblak for saving her pet.

“We called her our little unicorn because she had this bump on her head, but it would have killed her,” Dymeck said. “It’s pretty amazing what they did for my girl.”

Next, check out these six weird pets that you can actually own. Then take a look at the massive 132-pound tumor that doctors removed from a woman’s abdomen.