The Tragic Story Of Patricia Douglas, The Dancer Who Sued MGM For Rape — And Was Lambasted For It

In 1937, 20-year-old Patricia Douglas was brutally attacked and raped at an MGM party. And when she tried to get justice, the film studio did everything in its power to silence her. 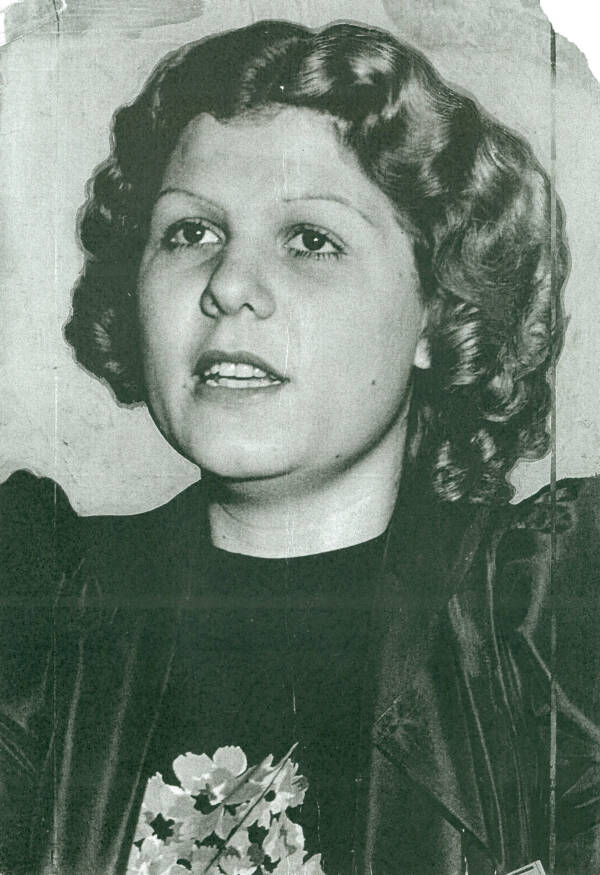 Wikimedia CommonsTrained as a dancer, Patricia Douglas acted as an extra in several 1930s films.

It seems the history of Hollywood is marred with scandal — and its glorious Golden Era of the early 20th century was no exception. But it would take victim Patricia Douglas 66 years to get the public to fully understand what the industry did to her.

In 1937, an MGM salesman raped Douglas, then a 20-year-old dancer, at a company party. When Douglas demanded justice, the studio smeared her reputation using bribes, dirty detectives, and perjury. Douglas’ career was in tatters — and all because she was victimized by a powerful media mogul.

Here’s the story of a woman’s struggle against the Hollywood patriarchy in an era long before #MeToo.

Making it in Hollywood wasn’t Patricia Douglas’ dream – it was her mother’s. Born in Kansas City, Missouri in 1917, Douglas and her mother Mildred Mitchell moved to Hollywood when she was still a child. As Mitchell looked for work designing costumes, Douglas tried her hand at dancing.

After dropping out of school at 14, Douglas lived at the edge of fame. She socialized with stars like Bing Crosby – but Douglas never drank or even dated.

Before her 16th birthday, Douglas nabbed roles as a dancer in classic films like So This Is Africa and Gold Diggers in 1933.

By 1937, Douglas was still living with her mother and picking up small dancing roles posted by major studios like MGM. That was when she was hired alongside 120 dancers for MGM’s Wild West Show. Douglas assumed the part was for a movie, she had no idea what they really had planned for her.

“You’re trusting with the studios. You’re not expecting anything except to work in a movie. That’s what you’re there for.”

Horror At The ‘Wild West Show’ 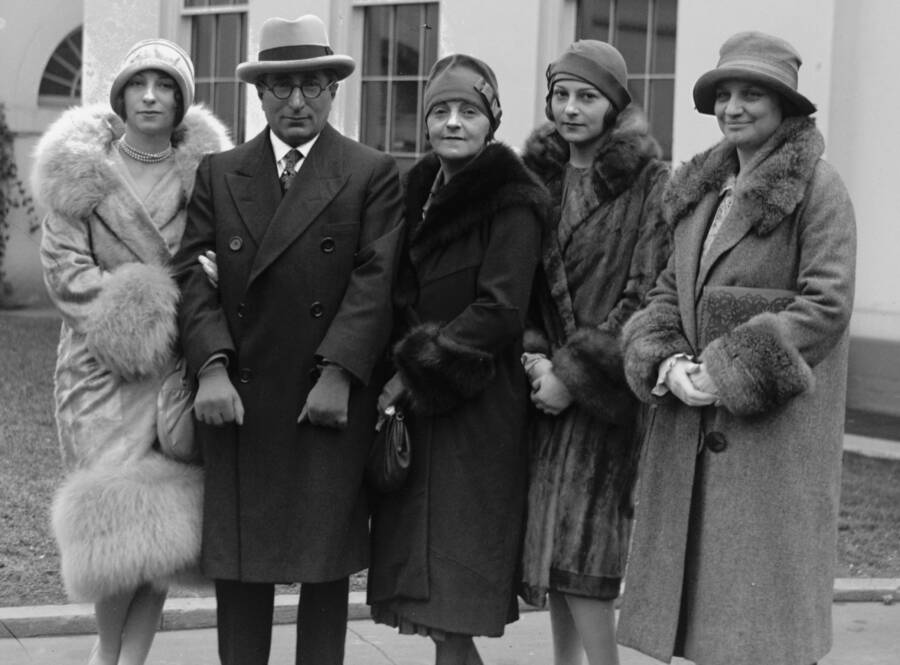 Library of CongressLouis B. Mayer visited the White House with his family in 1927.

MGM invited salesmen from across the country to a five-day convention to celebrate the studio’s Depression-busting profits. Co-founder Louis B. Mayer welcomed the salesmen with his dancers, Douglas among them.

“These lovely girls – and you have the finest of them – greet you,” Mayer told his 300 guests. “And that’s to show you how we feel about you, and the kind of a good time that’s ahead of you. Anything you want.”

The studio also trucked in 500 cases of scotch and champagne, and then gave Douglas a skimpy costume and screen-ready makeup. Then, MGM bussed Douglas and the other girls to a remote lot where the party was held.

During the party, 36-year-old sales executive David Ross cornered Douglas on the dance floor. She escaped to the restroom, but Ross lurked outside.

“I’ve got a man, and he’s really sticking,” Douglas told the restroom attendant.

And Douglas wasn’t the only woman dealing with a “creep,” as she described Ross. “I’m tired of being mauled,” complained 18-year-old Ginger Wyatt. 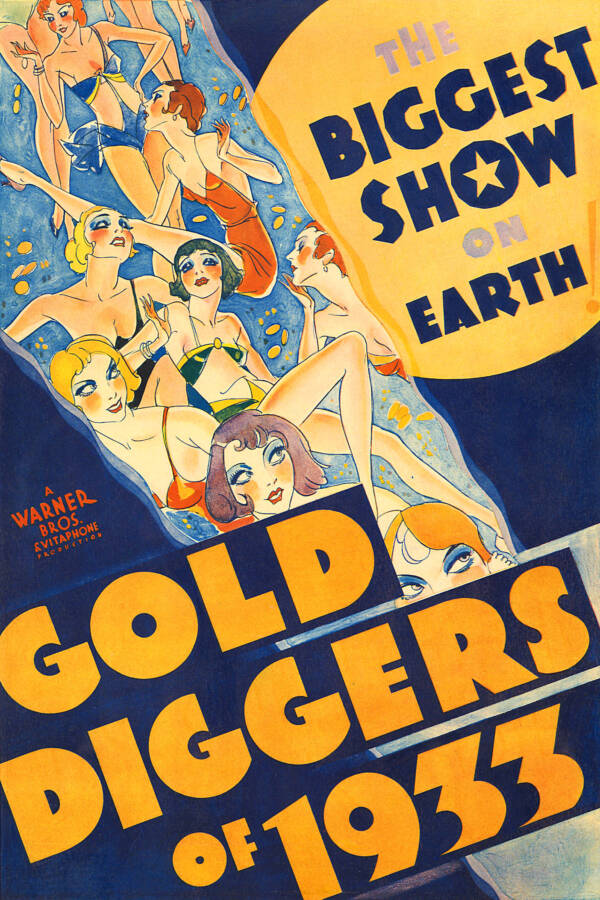 Indeed, one waiter at the party saw “girls get up and move from the tables because the men were attempting to molest them.” Another waiter said, “The party was the worst, the wildest, and the rottenest I have ever seen.”

The Assault And Coverup

Meanwhile, MGM salesman David Ross would not take no for an answer.

“He and another man held me down,” Patricia Douglas said. “One pinched my nose so I’d have to open my mouth to breathe. Then they poured a whole glassful of scotch and champagne down my throat. Oh, I fought! But they thought it was funny. I remember a lot of laughter.”

Douglas ran to the bathroom and threw up. Then she escaped outside. But Ross followed her.

Ross dragged Douglas into the backseat of a parked car. When Douglas nearly passed out, Ross slapped her, yelling, “I want you awake.”

After the brutal rape, Douglas rushed to the Culver City Community Hospital. The experience there traumatized her more. “I was given a cold-water douche. Then the doctor examined me. It’s no surprise he didn’t find anything. The douche had removed all evidence.”

Douglas didn’t know it, but the doctor who treated her was known as the “family doctor” for MGM. That doctor stated that he did not think Douglas was raped.

With a swollen face, Douglas returned to MGM two days later. “You ought to know what happened to me,” Douglas told an MGM employee, “so it doesn’t happen to anyone else.”

Instead, MGM handed Douglas $7.50 – her payment for attending the party.

Furious that the studio was ignoring her trauma, Douglas went to the Los Angeles County district attorney’s office. She filed a complaint against David Ross.

The D.A. was Buron Fitts who, six months earlier, had been re-elected even after he was indicted for perjury in a rape case himself. It didn’t help that Fitts’ top campaign contributor was MGM. 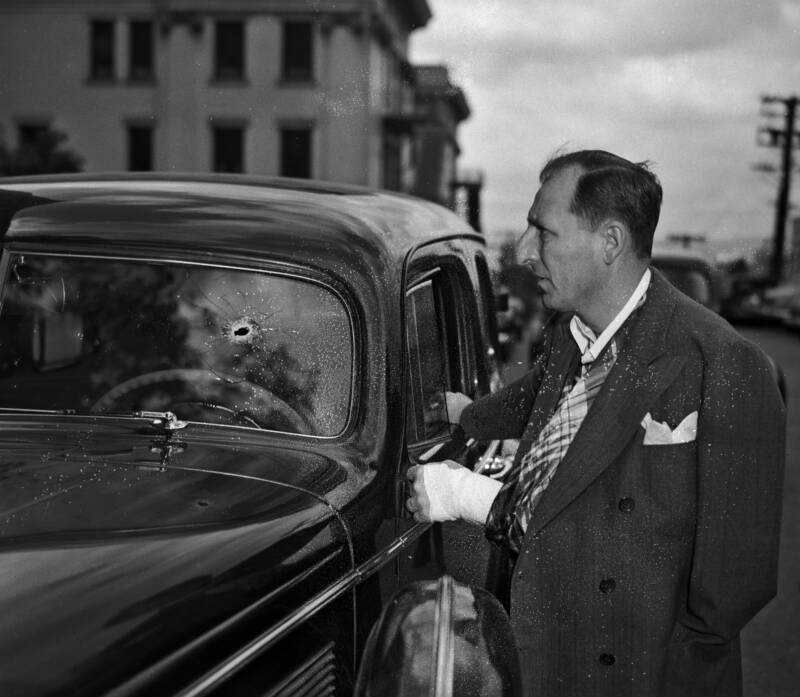 Perhaps unsurprisingly, Fitts ignored Patricia Douglas’ pleas. Weeks later, Douglas hired her own attorney and told Fitts that if he didn’t act, she would go to the press.

The Rape That Couldn’t Be Called Rape

The press published Douglas’ full name and her address, while MGM went unnamed in the stories. 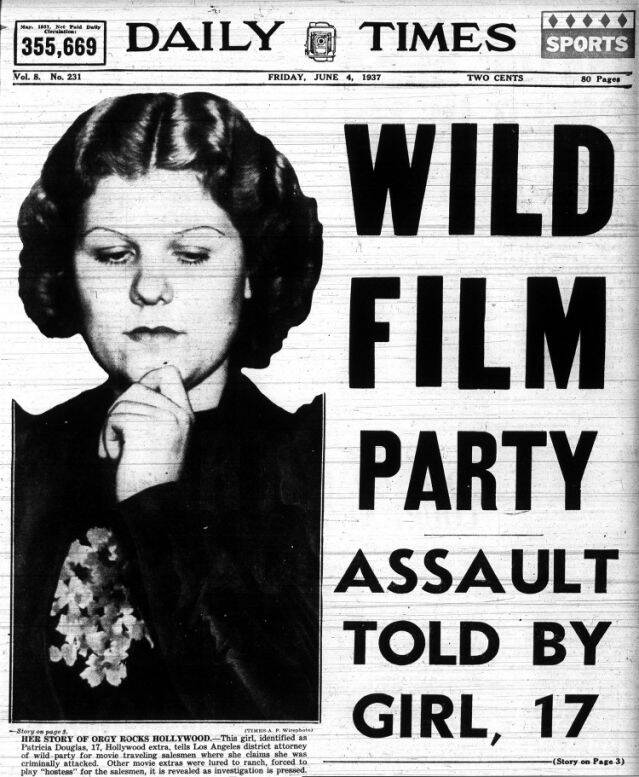 Daily NewsThe press described Patricia Douglas’ rape as a “wild film party” – and did not name MGM in its coverage.

They went so far as to hire the Pinkerton Detective Agency to smear her and pressure others at the party to cover up the rape. Two dancers were pushed to describe Douglas as “unrefined” and a drunk. Another claimed the party was “a jolly affair, with lots of good clean fun.”

Douglas shot back, “And since when is getting raped ‘good clean fun?'”

An internal MGM memo claimed, “Douglas must have attempted to proposition men. Many of them must have turned her down but can testify to her solicitation.” They even reached out to Douglas’ doctor and pressured him to lie that Douglas had gonorrhea.

“Shut this down, make her stop,” William Randolph Hearst wrote to Mayer. “Do you realize how damaging this is to the whole movie picture industry?” 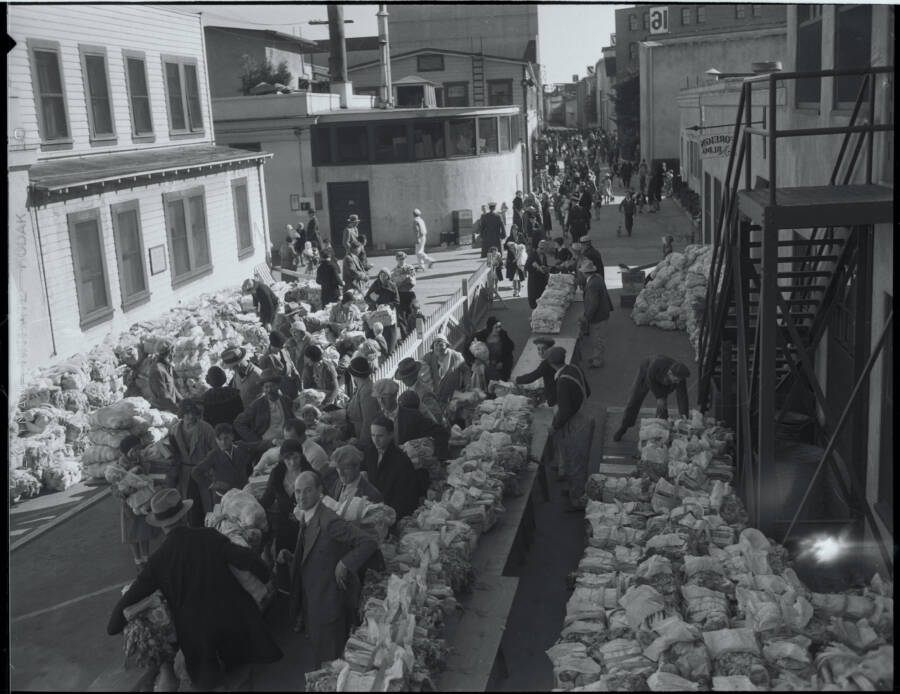 Bettman/Getty ImagesMeanwhile, MGM promoted itself as a family-friendly studio. Actress Marion Davies hosted a Christmas party on the studio lot that benefitted “orphans and the children of needy families.”

Patricia Douglas’ case went to a grand jury in June 1937. Ross’s lawyer pointed at Douglas and asked the jury, “Look at her. Who would want her?”

MGM also bribed the parking attendant who saw a screaming Douglas run from Ross. The studio offered the attendant “any job he wanted” for lying about seeing Ross at the scene. After perjuring himself, the attendant spent the rest of his career driving for MGM.

The lies ended the criminal trial, but Douglas did not stop. She filed a civil lawsuit, naming MGM executives. The case died after Douglas’ attorney dropped her as a client so he could run for D.A.

Then, six decades after MGM destroyed her reputation, Patricia Douglas told her story again to the world. Historian David Stenn interviewed Douglas for a Vanity Fair article. In 2007, the documentary, Girl 27, brought Douglas’ story to an even wider audience.

MGM treated Patricia Douglas like a disposable object, but she outlived all her abusers. Louis B. Mayer died from leukemia in the 1950s. Burton Fitts died by suicide in the 1970s. And David Ross died from rectal cancer in the 1960s.

Douglas, meanwhile, became a great-grandmother until 2003 when she died at the age of 86.

Hollywood has a long track record of covering up scandals. Next, read about the shocking death that put a 1920s star on trial, and then learn more about golden-age Hollywood scandals.