Two Calves Just Ran Away From A Live Nativity Scene In North Carolina, Leading Police On A 16-Hour Search

The recovery mission involved a police drone, a trailer, a pontoon boat, and a 40-person rescue team. 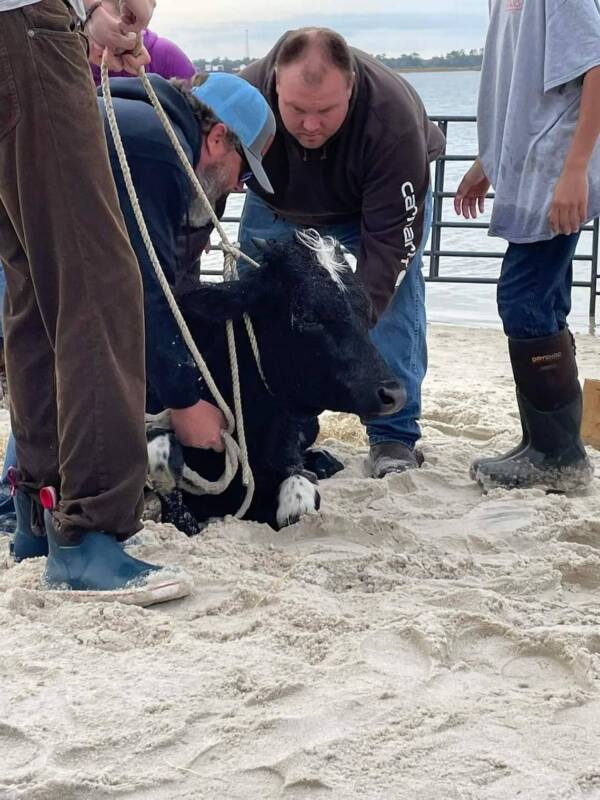 Dana Vess/FacebookThe cows were safely recovered and returned home, though they will likely not reprise their roles in the Nativity scene.

“It’s always something,” Dana Vess, the wife of Seaside Chapel pastor Jerry Vess, told The News & Observer,. “We joked, ‘I wish our prodigal cows would return.'”

The “prodigal cows” in this instance were in fact a pair of troublesome calves brought in as part of a live Nativity scene put on by Seaside Chapel in North Carolina every year. The annual event is a live recreation of the birth of Jesus as told in the New Testament, complete with a manger, farm animals, and men dressed as wise men and Roman soldiers.

However, this year’s display featured an unexpected twist: The cows managed to escape, and it would take 16 hours, 40 people, and one parker ranger leaping into a river to bring them back.

The Nativity scene opened on Dec. 3, with 205 people in attendance. Somehow, at some point, the cows escaped the makeshift Bethlehem and took off down Dow Road — but it took until feeding time for anyone to notice.

Even then, Port City Daily reports, no one was quite sure how the cows managed to get out of their enclosure. Their pen was locked and undamaged, with no holes or openings large enough for the cows to slip through — Vess said the church had even held larger cows in the same shelters in the past.

Yet the cows were loose, running down Dow Road near the Mike Chappell Park that night.

Church volunteers, police, drones, and the provider of the livestock, Eric Field, ventured forth on the cow hunt. Their initial search went on until about 3 a.m. on Dec. 4, at which point Field caught two hours of shut-eye in his truck. When he awoke at dawn, he had a plan — he would bring the cows’ mother along.

“My hope was that the calves would hear her bellow,” he said. “This is when the real fun began.”

Around 10 a.m., the search party, now 15 members, received word of the cows’ location — they had been spotted on a pedestrian trail at the Carolina Beach State Park.

Armed with cattle-wrangling rope and riding four-wheelers, the search party spotted their runaways and closed in. But the young cattle startled, hoofing it before the would-be wranglers could get within lasso-distance.

“We determined this was going to be a long day,” Field said. 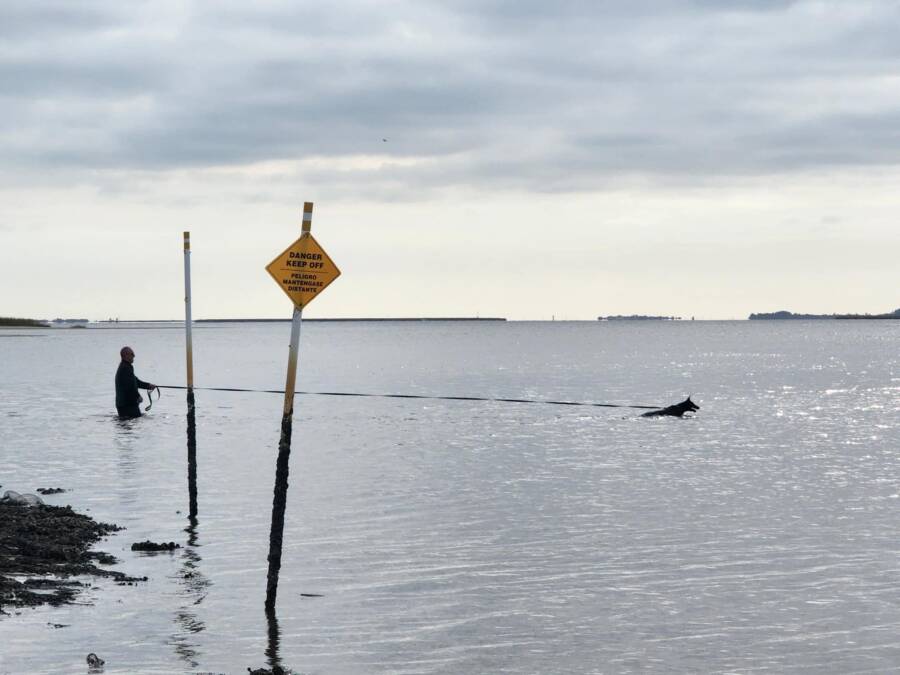 FacebookPolice Chief Vic Ward and his dog Zoe aided the rescue effort by herding the cows toward the park rangers.

By now, the party had grown to 40 people, comprised of volunteers, police, and park rangers. They pursued the fleeing cows to the marina, then the beach, and eventually into the Cape Fear River itself. They were then forced to abandon their four-wheelers, wading through water so deep that the calves could no longer run.

In a stroke of luck, a pontoon boat passed by and redirected the cows back toward shore. Then, a state park boat appeared on the scene with several rangers aboard. One of them tried unsuccessfully to lasso the cows from the deck.

Back on the shore, Carolina Beach Police Chief Vic Ward enlisted the help of his Dutch shepherd, Zoe. Zoe had no formal herding experience, but she came from a long line of police and bomb squad canines, and made her herding debut when she dove into the water after the cows.

“Man, I figured I could put her to use because they had been chasing these cows for almost a day,” Ward said. “It was getting to the point where we were concerned about them getting out in the road, getting hit by a car and injured.”

The cows were now facing wranglers on both fronts. Zoe herded the cows toward the state park boat while one of the rangers on board dove into the river and looped them by hand. With the cows secured, the rangers pulled them into their trailer, putting an end to the dramatic saga. 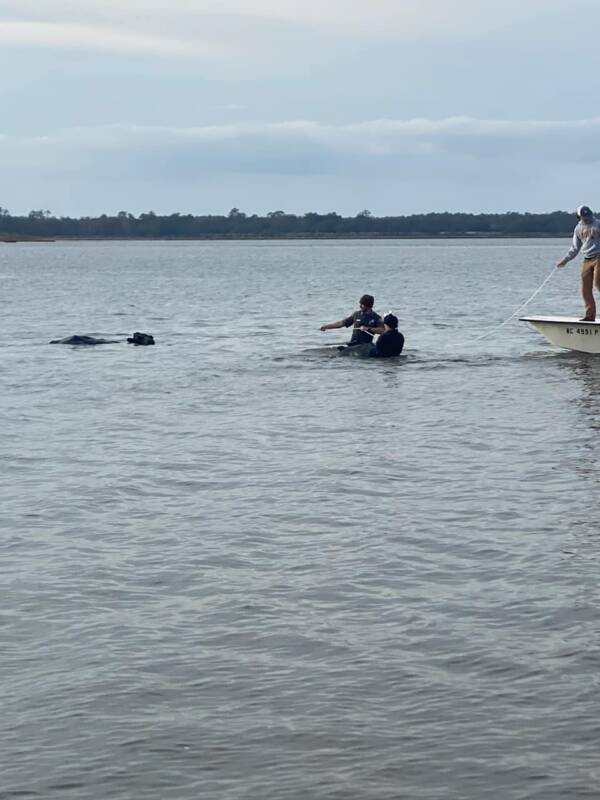 Facebook“When you’re a police officer in a small island community, you may get some unusual calls,” the Carolina Beach Police Department wrote on Facebook.

“It was like something out of ‘The X Files,'” Ward said. “I mean, I was expecting Mulder and Scully to come out of the woods and say the cows were aliens. You never hear about this stuff.”

Zoe, meanwhile, became something of a local celebrity after the police department shared a video of the rescue on Facebook.

“Last night I was walking her [at Kure Beach] and people came up to me as they were walking into a restaurant,” Ward said. “They said, ‘Oh, is that the dog that herded the cows?’ So she’s got a little following now.”

“She was pretty amazing,” Vess said of Zoe’s cow herding.

Vess thanked the members of the rescue party, the police, and the park rangers for their assistance in recovering the cows, who are safe and back home in Maco. Understandably, their roles in the Nativity scene have likely been cut — though the event itself is still going on.

“We continue,” Vess said. “We don’t let anything stop us from sharing the meaning of Christmas.”

After reading about this bovine escapade, read the story of another runaway cow who went down a water slide at an amusement park. Then, learn why New Zealand recently proposed a new economic plan — to tax farmers for their cows’ farts.