As part of a plan to fight climate change, New Zealand leaders are proposing a tax on the greenhouse gases emitted by farm animals. 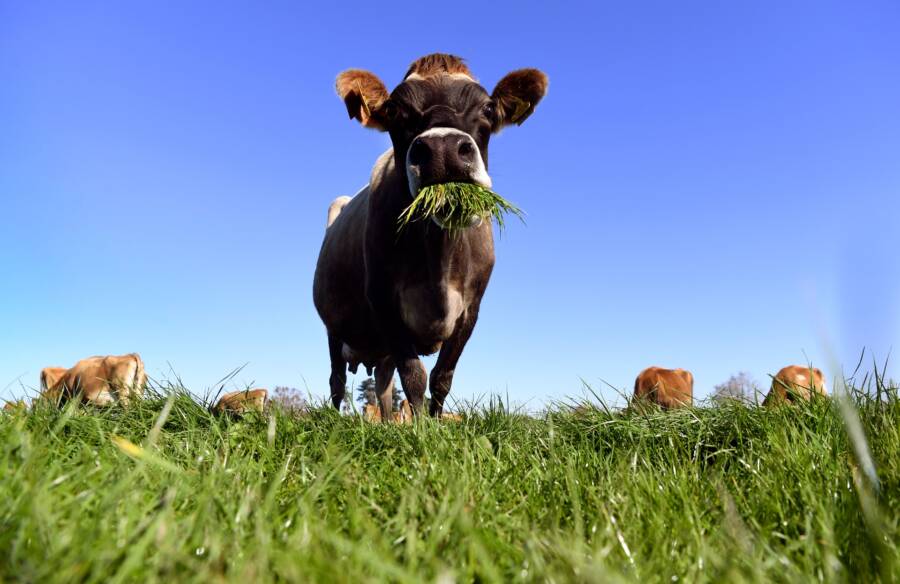 WILLIAM WEST/AFP via Getty ImagesIf passed, farmers would have to start paying the new tax in 2025.

New Zealand farmers are facing a potential new tax — on the gas their animals produce.

As Vice reported, New Zealand Prime Minister Jacinda Ardern proposed the new tax on Tuesday, October 11, as a method of combatting climate change in the country.

It may seem odd, but farming actually accounts for nearly half of New Zealand’s greenhouse gases, with a significant amount of methane being produced by livestock emissions — including cow burps and farts.

If passed, the new tax would be the first of its kind.

According to ABC News, however, farmers aren’t as keen on the new tax as lawmakers.

In fact, Federated Farmers, the main lobby group for New Zealand’s farming industry, said the new tax would “rip the guts out of small-town New Zealand.”

“Our plan was to keep farmers farming,” said Federated Farmers President Andrew Hoggard. The new tax, he said, would instead see farmers selling their farms “so fast you won’t even hear the dogs barking on the back of the [truck] as they drive off.”

Members of the conservative ACT Party also opposed the tax, claiming that it would actually worsen carbon emissions by moving farming to other countries that are less efficient.

From an economic standpoint as well, farming is a massive industry in New Zealand, especially dairy products. Farming is so massive, in fact, that the number of cows in the country is double the number of people — 10 million cows to New Zealand’s population of 5 million.

There are also 26 million sheep in the country. 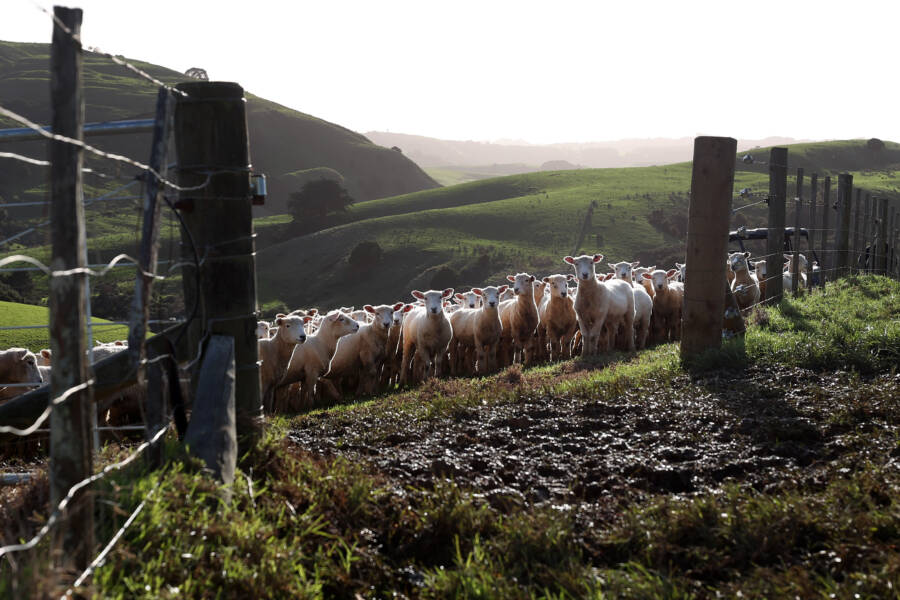 Fiona Goodall/Getty ImagesThe farming industry in New Zealand makes up for nearly half of the country’s carbon emissions — but it also serves as an economic cornerstone.

The unfortunate downside of the tax, however, means that New Zealand’s farmers could see a potential five-percent loss of their total profit.

“If they apply this price, you’re going to find people who think it’s just too much for them and it’s hampering their ability to have a decent life,” Hoggard said. “You’d just get this exponential spiral of communities going into Ghost Town material, really.”

The sheer number of livestock in the country has led to concerns about environmental damage from methane gas and nitrous oxide found in the animals’ urine.

And while New Zealand’s proposed tax may be the first tax on livestock emissions, it comes as part of a larger global emphasis on the greenhouse gases produced by farms.

In 2020, the European Union launched its Food to Fork Strategy, a multinational aim to reduce carbon emissions and make soil healthier, which would also make farms more resilient to droughts and floods. The Food to Fork Strategy plans to cut soil’s nutrient loss by 50 percent by reducing the use of chemical pesticides and fertilizers across Europe.

“Farmers are already experiencing the impact of climate change with more regular drought and flooding,” said New Zealand’s Agriculture Minister Damien O’Connor. “Taking the lead on agricultural emissions is both good for the environment and our economy.”

Alongside this, New Zealand has pledged to reduce greenhouse gas emissions and make the country carbon-neutral by 2050, with additional plans to reduce methane emissions from farm animals by up to 47 percent by the same year.

If the proposed tax goes through, farmers would have to start paying in 2025, though the government has yet to state how much farmers would actually be taxed.

They did, however, state that the collected funds would be used to pay for research and new technologies that would reduce greenhouse gas emissions and pay farmers to encourage them to adopt climate-friendly practices.

A “fart tax” may seem a bit silly in name, but the concern about carbon emissions is very real. In fact, some experts have claimed we will see “Doomsday” by 2050 if we don’t act now. And even countries that contributed the least towards climate change are, unfortunately, seeing the greatest impact.