The Bloody Story Of The Ludlow Massacre, When Striking Coal Miners And Their Families Were Killed By The National Guard

After seven violent months of striking, the Colorado governor called in the National Guard against the miners — resulting in the Ludlow Massacre that left dozens dead. 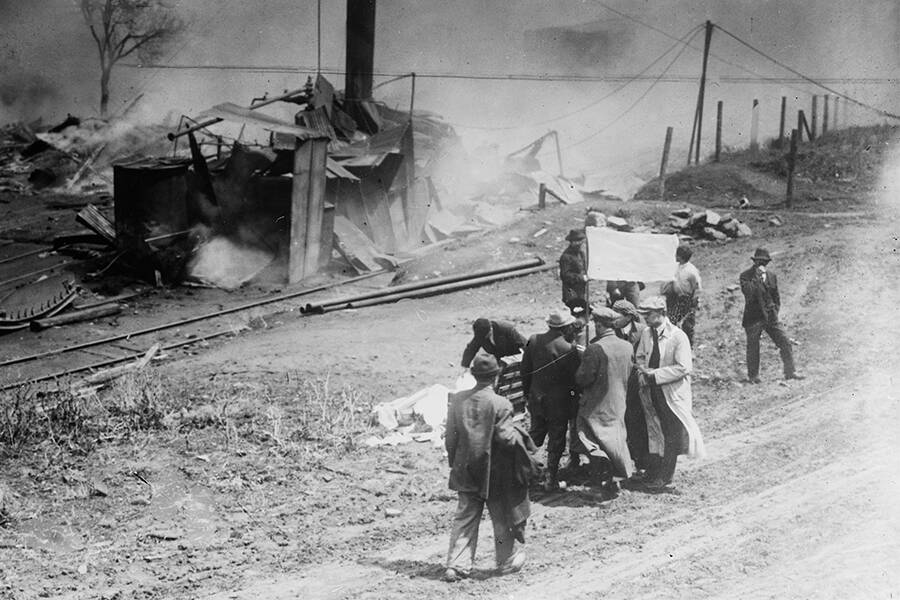 Public DomainThe aftermath of the Ludlow Massacre, during which federal troops razed a makeshift tent colony operated by coal miners on strike.

On April 20, 1914, machine gun fire rang out over a makeshift tent city near Ludlow, Colorado, marking the beginning of a day-and-night conflict known as the Ludlow Massacre. It saw at least 25 men, women, and children killed by National Guardsmen on the behest of the Colorado governor and a Rockefeller family company.

Those living in the tents were miners and their families who were tired of poor labor conditions, long hours, low pay, and corrupt management practices, and who had gone on strike to demand better treatment.

Mine owners John D. Rockefeller and the Colorado Fuel and Iron Company responded by evicting the workers from their company-owned homes, hiring hitmen, and ultimately burning down their colony.

The Ludlow Massacre was so brutal that it was once described by novelist Wallace Stegner as “one of the bleakest and blackest episodes of American labor history.”

The Events Leading Up To The Ludlow Massacre

With the American industrial revolution in the 19th and 20th centuries came a host of issues regarding workers’ rights. Labor laws in the early 20th century were, if they existed at all, loosely enforced.

Therefore, working conditions were often terrible, and the wages low, especially for miners out west where the towns they lived in were owned by the same company that employed them, as in Ludlow.

Growing frustrations over wages, hours, bad management, and unsafe conditions eventually came to a head in the summer of 1913, when United Mine Workers began to organize the 11,000-odd coal miners employed by the Colorado Fuel and Iron Company (CF&I), many of whom were first-generation immigrants from Italy, Greece, and Serbia, hired only a decade earlier to replace, ironically, workers who had gone on strike.

PBS published the following correspondences between Rockefeller and CF&I’s vice president, Lamont Bowers, on the strike:

“With everything running so smoothly and with an excellent outlook for 1914,” Bowers said, “it is mighty discouraging to have this vicious gang come into our state and not only destroy our profit but eat into that which has heretofore been saved.” 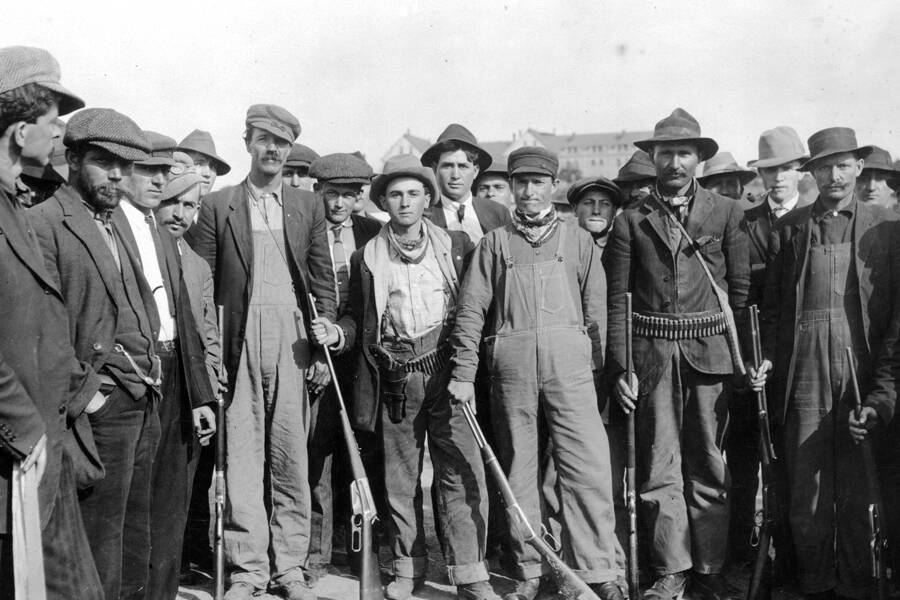 Public DomainThe Ludlow strikers, armed in order to protect themselves from militia groups hired to attack them by John D. Rockefeller, Jr.

This “vicious gang” — the United Mine Workers union — had rallied the strikers to ask for a 10 percent pay raise, enforcement of an eight-hour workday, and the right to live and trade outside the company-owned town. Nearly all of their demands were required by law in Colorado.

The strike went on for months, and in an attempt to crush it, John D. Rockefeller, Jr. and CF&I evicted workers and their families from their company-owned homes. In response, the strikers set up several small, makeshift tent cities near the mines — the largest of which was the camp near the town of Ludlow.

On April 6, 1914, Rockefeller appeared before a Congressional committee to discuss the strike. He decried the strike as a “national issue, whether workers shall be allowed to work under such conditions as they may choose,” and complained of union organizers “[interfering] with employees who are thoroughly satisfied with their labor conditions.”

When the committee asked if he would stand by his anti-union principles, “if it costs all your property and kills all your employees,” Rockefeller responded, “It is a great principle.”

Two weeks later, Rockefeller stood by his convictions as his hired militiamen opened fire on the striking workers.

The Day Of The Ludlow Massacre

When the Colorado National Guard arrived at the Ludlow camp, the strikers initially believed it was to protect them from the private detectives, described as “Texas desperadoes and thugs,” according to The New Yorker.

Rockefeller had pleaded to the Colorado governor for the National Guard to step in and end the strike — he even offered to pay their wages. The strikers were now dealing with two companies of militiamen comprised of thugs and National Guardsmen. They were outmanned and outgunned.

On the morning of April 20, 1914, four militiamen brandished a machine gun and fired at the strikers. Hearing shots ringing out, the rest of the militias moved in, tearing through the town and firing in every direction. 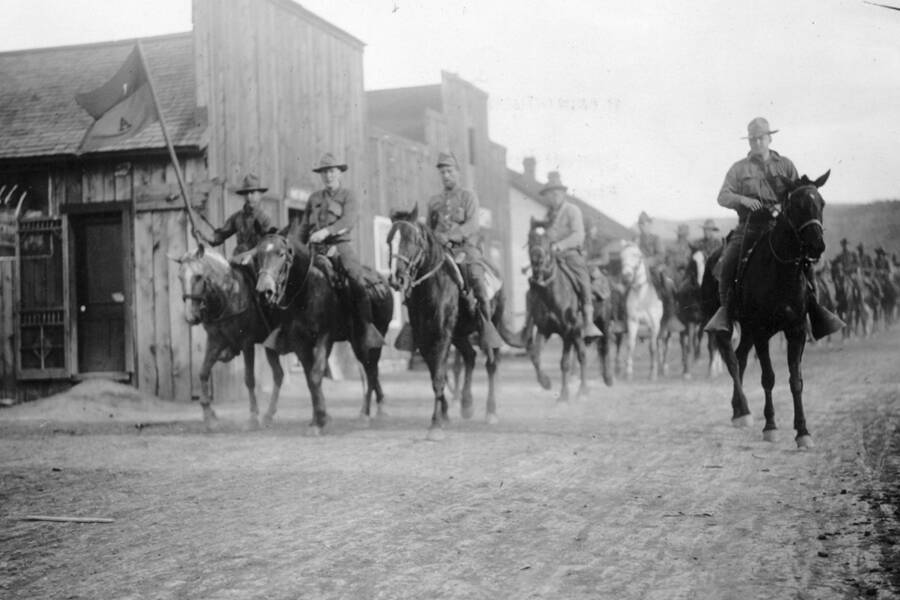 The armed strikers fought back, but it was clear that the tide wasn’t going to turn in their favor. Then, during an attempt at brokering a peaceful truce, one of the strike leaders was shot and killed.

Fearing the violence would only intensify, women and children in the camp began digging pits to hide beneath their tents. The fighting raged on throughout the day, but as the sun fell, the militias descended from the hills carrying torches and fire-starters.

They lit the tent town ablaze, firing at the families as they fled into the hills in a scene of pure carnage.

One survivor of the strike, a woman named Mary Petrucci, lost three of her children in the infirmary after the massacre. She later recalled, “I came out of the hole. There was light and lots of smoke. I wandered among the ashes until a priest found me. I couldn’t feel anything. I was cold.”

The true horror of the mayhem, however, wasn’t discovered until the next morning when a telephone linesman found one of the pit shelters containing the charred, dead bodies of two women and 11 children who had been unable to escape.

In total, at least 66 people across all the tent cities were killed, with 25 of them being at the Ludlow Massacre.

The Aftermath Of The Incident

When word got out that federal troops had helped a private company slaughter dozens of its employees, American citizens were outraged.

But, HISTORY reported, it made little difference for the Colorado miners or their families. Federal troops eventually crushed the strike entirely, resulting in the miners’ union remaining unrecognized with no improvements to either their wages or working conditions. 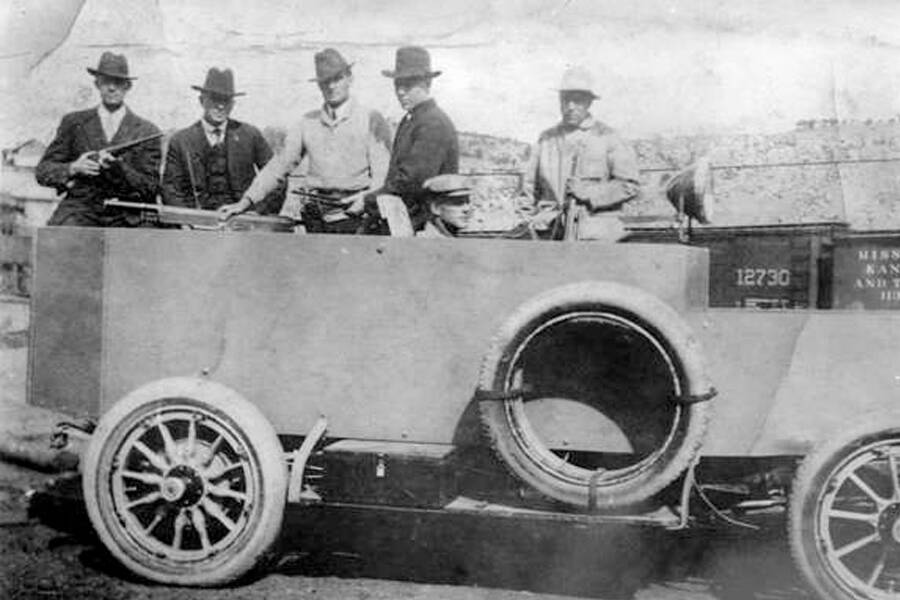 Public DomainThe “Death Special,” an armored car equipped with an M1895 machine gun and used against the Ludlow strikers.

And despite the deaths, no members of the National Guard or the private militias were ever charged with a crime.

Rockefeller, too, continued to lambast the union attempt, publicly claiming that there was no “massacre” at all, but rather “a desperate fight for life” by two small militia squads against an entire tent colony.

If there is any upside to the story, it is that Rockefeller’s arguments held no sway over the American public or the government. Union support saw a dramatic rise in the following decade, and stricter labor laws began appearing on the books — and they were actually enforced this time around.

Regardless, the Ludlow Massacre serves as a reminder that only a century ago there were open, armed conflicts between capital and labor. Workers’ rights have seen massive strides in that time, but there are still those who would hope to regress to the old ways.

Let’s let the memory of the Ludlow Massacre inspire us to build a better future.

Ludlow is, unfortunately, not the only instance of mass slaughter in America. Learn about the Sand Creek Massacre, when U.S. troops killed 200 Native Americans. Then, discover the true story of the 1919 Elaine Race Massacre, when Black sharecroppers were killed for trying to get better wages.