How Did John Ritter Die? Inside The Television Star’s Sudden Demise

Best known as Jack Tripper from the hit sitcom "Three's Company," John Ritter died of an undetected heart problem in 2003 — and his family blamed his doctors.

When actor John Ritter, best known for Three’s Company, died on Sept. 11, 2003, it shocked everyone around him. He was only 54 years old when an undetected flaw in his heart killed him. 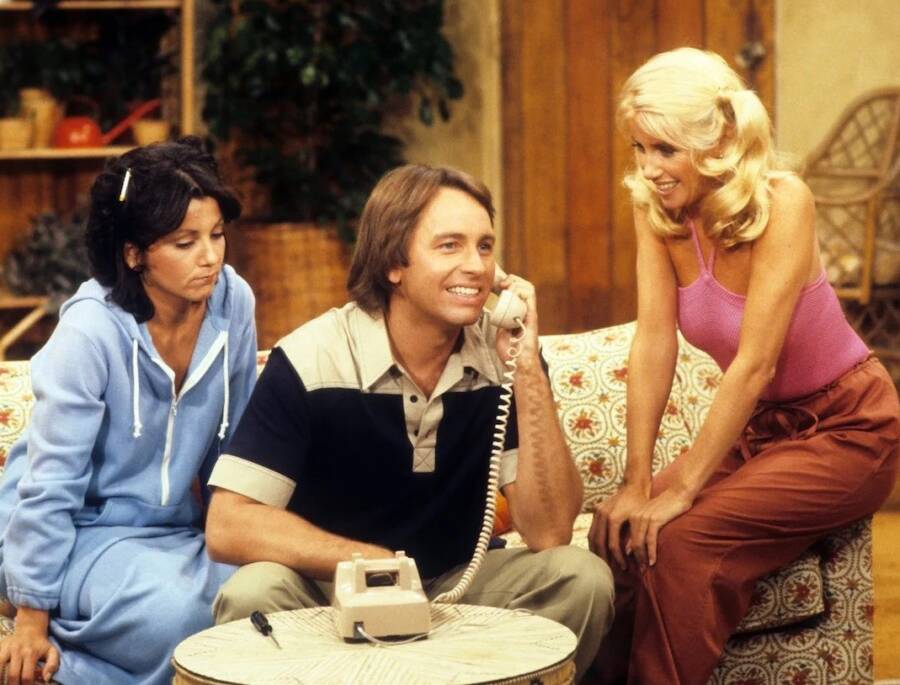 Getty ImagesJohn Ritter, with co-stars Joyce Dewitt and Suzanne Somers, on the set of Three’s Company. The beloved actor and comedian died on Sept. 11, 2003, from an undiagnosed heart condition.

Unfortunately, doctors initially thought the beloved actor and comedian was experiencing a heart attack, but the treatment for that doesn’t help his condition — and may have actually made things worse.

Despite the fact that he only had to be taken across the street to the hospital, John Ritter still died several hours after collapsing on the set of 8 Simple Rules. 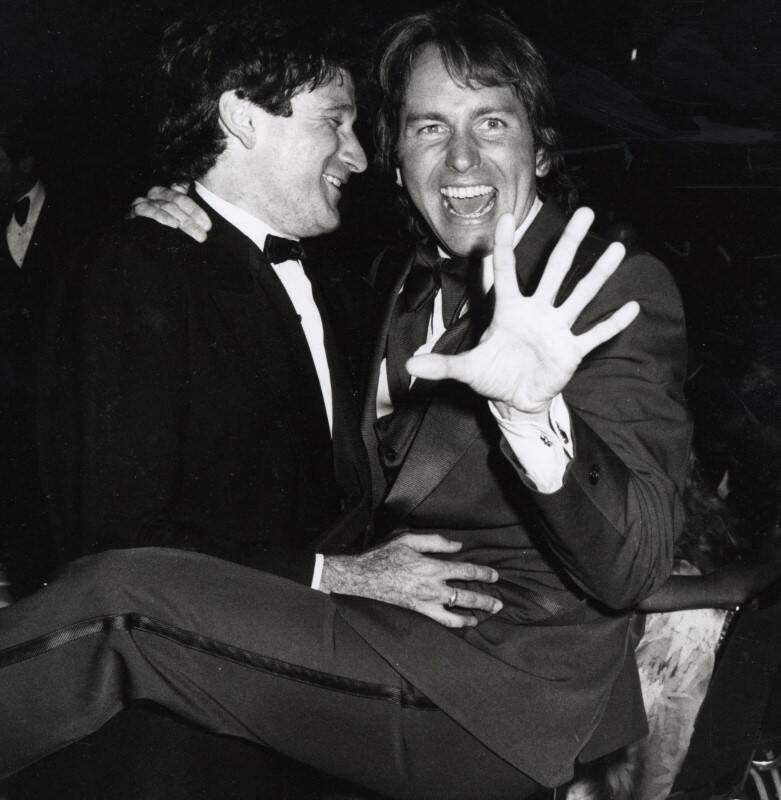 Ron Galella/GettyJohn Ritter, pictured at the Emmy Awards in 1979 with Robin Williams.

As an actor and comedian, John Ritter was still in the prime of his acting career when he died. He had starred in over 100 films and television series in total, leaving behind a legacy that was still cut short too early. Ritter had also performed on Broadway.

He made a number of guest appearances on shows before getting his big break. These included small roles on The Waltons and The Mary Tyler Moore Show in 1970, Hawaii Five-O in 1971, and M.A.S.H. in 1973, according to Biography.

He landed his first major role as Jack Tripper in Three’s Company in 1976, and he was the only cast member to appear on every episode of the show until its end in 1984.

Ritter won both an Emmy and Golden Globe for his portrayal of the charming and goofy boy next door. The premise surrounded a group of single people sharing an apartment and all of the accidents and hilarity that ensued.

In 1984, Ritter also formed his own production company called Adam Productions. He used this company to produce and star in the comedy-drama Hooperman in 1987.

The next sitcom John Ritter is probably remembered best for is 8 Simple Rules, which helped launch the career of Kaley Cuoco, who played his eldest daughter. Although the show had three seasons, Ritter died just before season two began airing. He had filmed three episodes for that season, with the final one airing one month after his death. 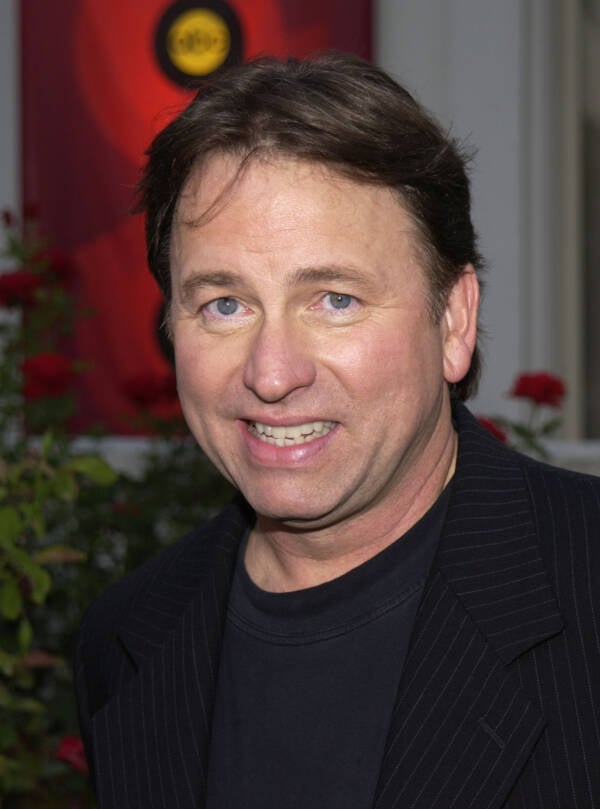 Getty John Ritter, pictured in 2002, just a year before his sudden death.

While on set and filming 8 Simple Rules on Sept. 11, 2003, John Ritter experienced a sudden onset of pain and collapsed in front of a horrified cast and crew. Although he and doctors who treated him believed it to be a heart attack, he was actually suffering an aortic dissection, according to The Sun. This term refers to the abnormal separation of tissues within the walls of the aorta. It also causes the blood vessel wall to be weakened and a small tear to form in the aorta wall.

The blood from the aorta then leaves through a newly formed channel between the inner and outer walls. The causes of aortic dissection range from high blood pressure to connective tissue diseases, chest injury, and simple family history.

The pain experienced is described as “ripping or tearing and as the worst pain ever experienced,” which fits with Cuoco’s memories of filming that day.

Cuoco told Newsweek that she remembers the screaming and the day after his death, “Everyone was just crying, bawling, and then people started telling stories… I’ll never forget, there was the mailman at Warner Bros., and he was like, ‘I’d like to speak.’ He goes, ‘I used to deliver the mail here. John would always say hi to me,’ and I was like, ‘Of course he did.'”

After the intense pain, nausea, and vomiting, Ritter was taken across the street to Providence St. Joseph Medical Center in Burbank. They diagnosed a heart attack and told Ritter and his wife, Amy Yasbeck that he needed to have an angiogram.

While John Ritter asked for a second opinion, Dr. Joseph Lee said that there wasn’t time because he was in the middle of a heart attack. They also gave him anti-coagulants, according to the Los Angeles Times. The standard for a heart attack, anti-coagulants can make the symptoms of an aortic dissection worse; giving blood thinners to someone who is bleeding internally is an often fatal error.

Because of this recommendation at the hospital, Yasbeck encouraged her husband: “I leaned down to John’s ear and said: ‘I know you’re scared, but you have to be brave and do this because these guys know what they’re doing.’ And he was brave for all the time I saw him.”

Tragically, just a few hours after being admitted to the hospital, John Ritter was pronounced dead at 10:48 p.m.

The Wrongful Death Lawsuit That Followed

Because of the way things went down at the hospital right before John Ritter’s death, his wife filed a wrongful death lawsuit against both Dr. Joseph Lee and radiologist Dr. Matthew Lotysch. The former was because of his insistence about the angiogram, and the latter because of a body scan he completed on Ritter two years prior.

If they had known about his condition ahead of time, they could have treated it and been better prepared. The problem was that aortic dissection is hard to diagnose.

Dr. Lee didn’t think there was time to take a chest x-ray, which would have shown Ritter’s enlarged aorta, according to his family attorneys. Doctors could then have addressed it with the correct surgery.

Since chest pains are about 100 times more likely to be a heart attack, Lee went with the most likely scenario and acted quickly in an effort to save him. He was in poor condition when he arrived, so the doctor insisted that he did his best with the limited time that he had.

Despite the emotional testimony of Yasbeck, the family lost the $67 million lawsuit, according to People. The estimate was based on Ritter’s potential earning power, had he lived.

John Ritter was dealt a bad hand with an extremely rare condition, and although the doctors did the best they could, he still died. In the United States, aortic disease kills 15,000 people per year, and Yasbeck is still working to bring awareness to this disease. And John Ritter’s comedic legacy will live on, despite the fact that his life was cut short.

After reading about John Ritter’s death, learn about Ernest Hemingway’s demise. Then, go inside the story of Frank Sinatra’s tragic end.