Tree Frogs Near Chernobyl Have Adapted To The Radiation By Changing Colors, New Study Finds

Higher melanin levels are turning Chernobyl's tree frogs pitch-black — and also protecting them from the harmful effects of radiation. 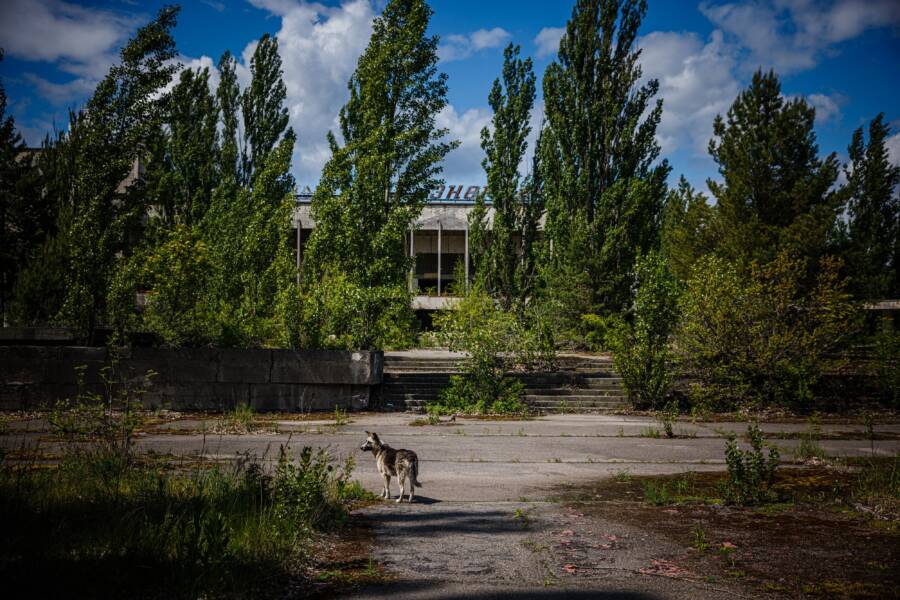 DIMITAR DILKOFF/AFP via Getty ImagesA dog in the ghost town of Pripyat near the Chernobyl Nuclear Power Plant.

In 1986, disaster struck reactor four of the Chernobyl Nuclear Power Plant, releasing an unprecedented amount of radioactive material that wreaked havoc on both the environment and the surrounding human population.

But more than three decades after the Chernobyl disaster, Phys.org reported, Chernobyl is one of the largest nature reserves in Europe, housing a diversity of endangered species including bears, wolves, and lynxes.

Scientists have also maintained a close eye on animals in the region for reasons beyond conservation. They are curious as to whether any of the animals that now reside in Chernobyl have begun to adapt to the radiation.

Now, a study may have found evidence of adaptation in tree frogs.

The study began in 2016, when researchers noticed tree frogs in the region had developed an unusual black tint — a sharp contrast to their typical bright green. 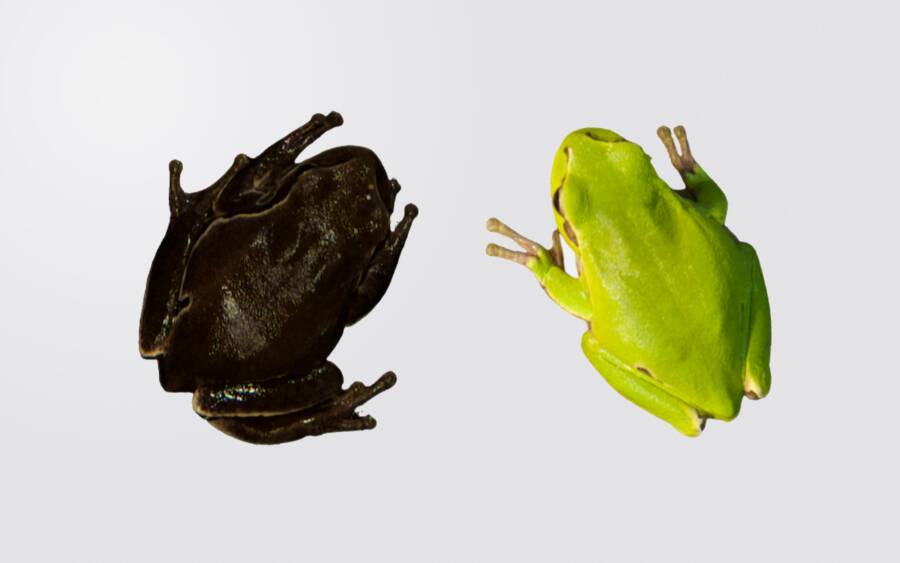 “The dark coloration is typical of frogs from within or near the most contaminated areas at the time of the accident,” researchers wrote.

But why, exactly, do some frogs in Chernobyl today have nearly pitch-black skin coloration? The answer can be found in melanin, a dark pigment that is responsible for making many organisms, including people and animals, darker.

Less commonly known, however, is that melanin can also reduce the effects of ultraviolet radiation and ionizing radiation by absorbing and then dissipating radiation energy.

Melanin can also gather and neutralize ionized molecules inside a cell, meaning that it is less likely that an organism affected by radiation will suffer cell damage, thus increasing its chances of survival.

“The results of our study suggest that Chernobyl frogs could have undergone a process of rapid evolution in response to radiation,” the researchers wrote. “In this scenario, those frogs with darker coloration at the time of the accident, which normally represent a minority in their populations, would have been favored by the protective action of melanin.”

Researchers also wrote that this study “constitutes a first step to better understanding the protective role of melanin in environments affected by radioactive contamination” and “opens the doors to promising applications in fields as diverse as nuclear waste management and space exploration.”

Unfortunately, research into the natural environment around Chernobyl has been put on hold while Ukrainian forces defend themselves against the invasion from Russia, but researchers hope they’ll be able to continue their work soon.

“We hope the current war in Ukraine will end soon and the international scientific community will be able to return to study, together with our Ukrainian colleagues, the fascinating evolutionary and rewilding processes of Chernobyl ecosystems,” they wrote.

After learning about the fascinating adaptations that tree frogs have developed near Chernobyl, learn about the radiation-eating fungi that were also found in the region. Then, read about the man who set fire to parts of Chernobyl — and spiked radiation by 16 times.