John Galvan was convicted of murder and arson alongside two others in the 1980s but was able to prove their innocence after he caught a rerun of Mythbusters while in jail. 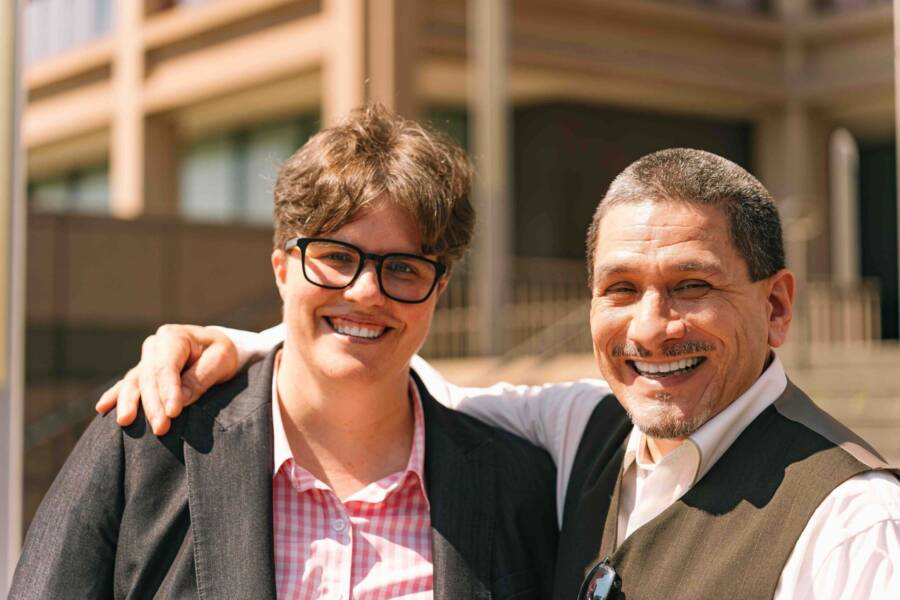 John Galvan had been in prison for 21 years when he caught a rerun of Mythbusters in 2007. To his shock and delight, the episode definitively proved that you couldn’t ignite a pool of gasoline with a lit cigarette — something that Galvan had been accused of doing in the 1980s, resulting in the deaths of two men in Chicago.

Fifteen years after he saw the episode, Galvan and his attorneys from the Innocence Project were able to convince a judge to vacate his conviction and the convictions of two other men who’d also been found guilty.

“It was honestly shocking to me… I feel like all of us have seen movies — like Payback is a famous one — where they light the gasoline in the street with a cigarette and a car explodes,” Galvan’s attorney, Tara Thompson, explained in an article published on the Innocence Project website. “I really had never given much thought to whether or not that might be real.”

She added: “When I watched this Mythbusters episode, as a lawyer, it made me realize that there are things you have to look deeper into — you can’t assume that you understand the science until you’ve looked into it.”

Galvan’s story starts in September 1986, when a fire broke out at an apartment building in the southside of Chicago. As UNILAD explains, the blaze killed brothers Julio and Guadalupe Martinez, though their siblings Blanca and Jorge were able to escape. They pointed the finger at a female neighbor who had previously threatened to burn down the building in revenge for her brother’s death, but she claimed that Galvan had set the fire.

Though Galvan maintained that he was asleep at his grandmother’s at the time of the blaze, other neighbors also suggested that Galvan had been involved. Police eventually arrested him, his brother, their neighbor Arthur Almendarez, and Almendarez’s brother. 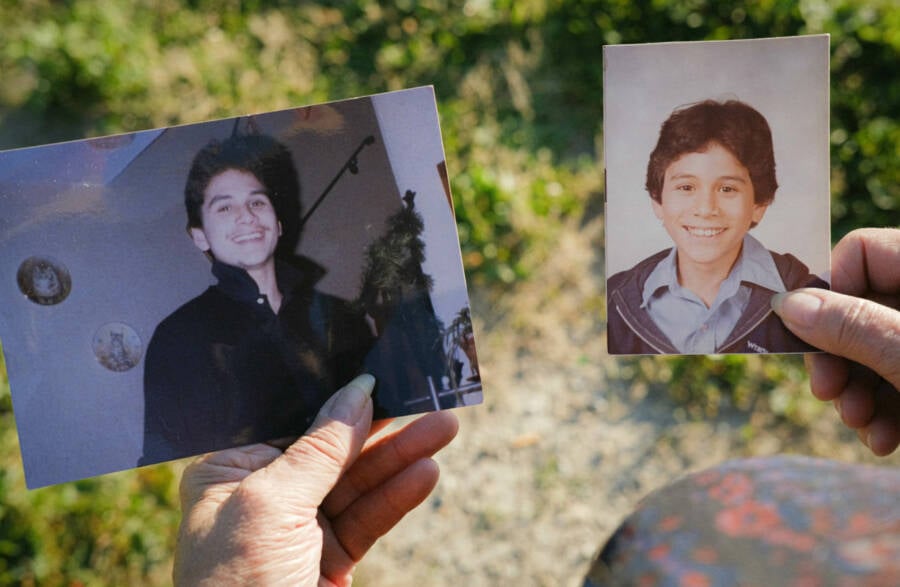 Tori Howard/Innocence ProjectJohn Galvan’s mother holds photos family photos of him. Galvan was just 18 when he was arrested.

According to the Innocence Project, the Chicago police used violence and intimidation to coerce a confession from Galvan. They allege that one detective told the 18-year-old that he would get the death penalty, hit him while Galvan was handcuffed to the wall, and started “making up” a story that Galvan had thrown a cigarette onto a pool of gasoline.

Galvan eventually signed a confession, because police allegedly told him he could go home if he did. He, Almendarez, and Almendarez’s brother-in-law Francisco Nanez were found guilty of arson and first-degree murder and sentenced to life in prison. Though Galvan never gave up trying to prove his innocence, it took two decades and an episode of Mythbusters for him to prove he hadn’t set the fire that killed Julio and Guadalupe Martinez.

As the Innocence Project explains, Galvan caught the life-changing episode of MythBusters after spending 21 years behind bars. Then, he watched as the show’s hosts attempted — and failed — to repeatedly light a pool of gasoline on fire with a lit cigarette. They proved that it wasn’t possible.

“There it was,” Galvan told the Innocence Project. “I remember I was excited, I was extremely happy… I felt like finally this is starting to all come out.” 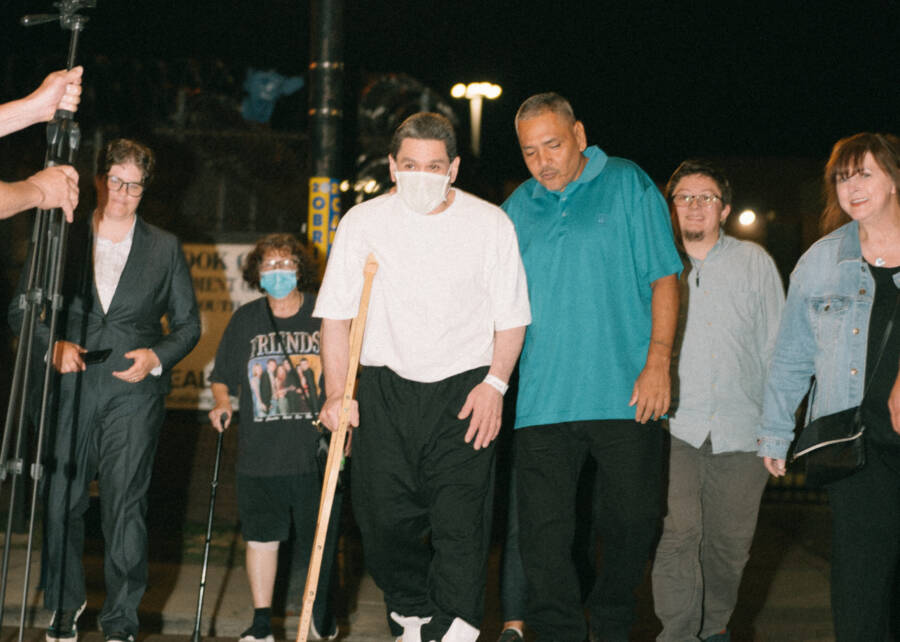 In 2017, Galvan’s legal team presented witnesses who backed up his alibi, witnesses who’d also been coerced by the same detective, and an arson expert who agreed that Galvan’s confession was scientifically impossible. Five years later, in 2022, Galvan, Almendarez, and Nanez had their convictions vacated and were officially exonerated.

“At 18, 20, and 22, the lives of these three men were just beginning when their freedom was stolen,” Thompson, Galvan’s attorney, told the Innocence Project. “They have shown such determination and strength over the last three and a half decades.”

For Galvan and the others, however, their release from prison is bittersweet. The world has massively changed since they were found guilty of murder, and they face a difficult readjustment period.

“I have to learn how to be free, how to be a man,” Almendarez said, according to NBC Chicago. “I was 20 years old when I went in and all I’ve learned is how to be a convict.”

Galvan seconded him. He told the Innocence Project: “It’s been hard, I feel out of place, there’s a lot to learn and I don’t know where I’m supposed to be… I don’t know what to do.”

For now, Galvan is looking forward to having his own space and revisiting some of his passions, like painting.

After reading about the innocent man freed from prison thanks to an episode of “Mythbusters,” see how an episode of “Curb Your Enthusiasm” helped prove that a man was not guilty of murder. Or, discover the story of Richard Glossip, one of the most controversial people on death row.