A 5,000-Year-Old ‘Bog Body’ Discovered In Denmark May Have Been A Victim Of Human Sacrifice

Though some bog bodies discovered in northern Europe over the years belonged to people who fell into the bogs and accidentally drowned, researchers suspect that many were deliberately sacrificed. 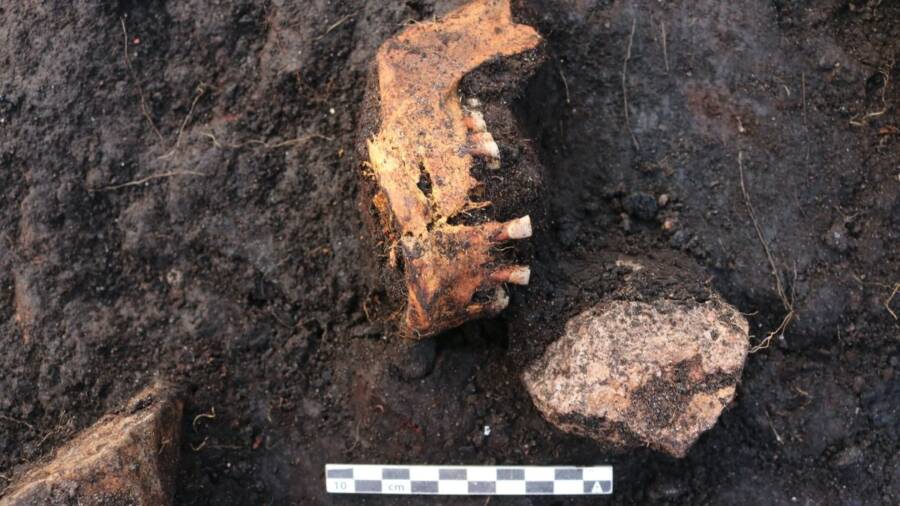 Lea Mohr Hansen, ROMUArchaeologists are hopeful that DNA can be extracted from the bog body’s 5,000-year-old teeth.

While examining the site of a future housing development near Stenløse, Denmark, archaeologists came across 5,000-year-old human bones. Sunk into a former bog, archaeologists believe that this “bog body” may have been a victim of Neolithic human sacrifice.

“When we saw the bones, we thought we’re on to something really exciting,” Emil Winther Struve, a ROMU museum archeologist in Roskilde, said according to the Copenhagen Post. “It was a pretty wild experience – it doesn’t happen very often that you find a bog body.”

As Live Science reports, the archaeologists were tasked with examining the site before the construction of a housing development, per Danish law. Struve told the Copenhagen Post that he and his colleagues had joked about the possibility of finding a bog body, and that another human skeleton was found in the area some 70 years ago.

Sure enough, they soon unearthed bones. While excavating the area, the archaeologists uncovered what looked like a human femur. Soon, the team also uncovered a lower jaw — with teeth still attached — more leg bones, and a pelvis. They also found several other items nearby, including animal bones and a flint ax, which suggests that this bog body was a victim of human sacrifice. 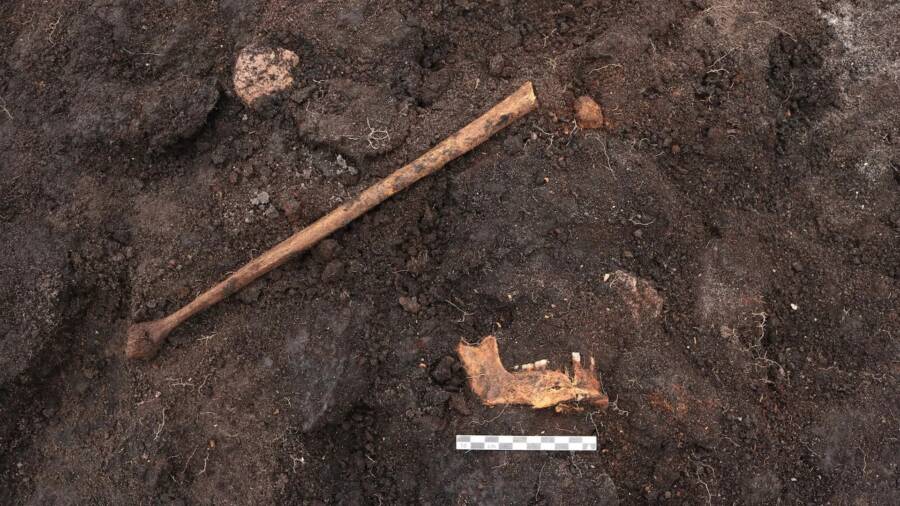 Though more research is needed to determine the gender and age of the victim, archaeologists have hypothesized that they were likely sacrificed during the Neolithic or New Stone Age (10,000 B.C.E – 2,200 B.C.E).

“That’s the early phase of the Danish Neolithic,” Struve explained to Live Science. “We know that traditions of human sacrifices date back that far — we have other examples of it… In our area here, we have several different bog bodies. It’s an ongoing tradition that goes back all the way to the Neolithic.”

Indeed, bogs and former bogs across Denmark have offered up ancient skeletons before, some of which also appear to be victims of human sacrifice. The world’s oldest bog body, the so-called Koelbjerg Man, was discovered in Denmark in the 1940s and might be 10,000 years old. And one of the most famous bog bodies, the Tollund Man, was also found in Denmark in the 1950s and dates back to 400 B.C.E, per Live Science. 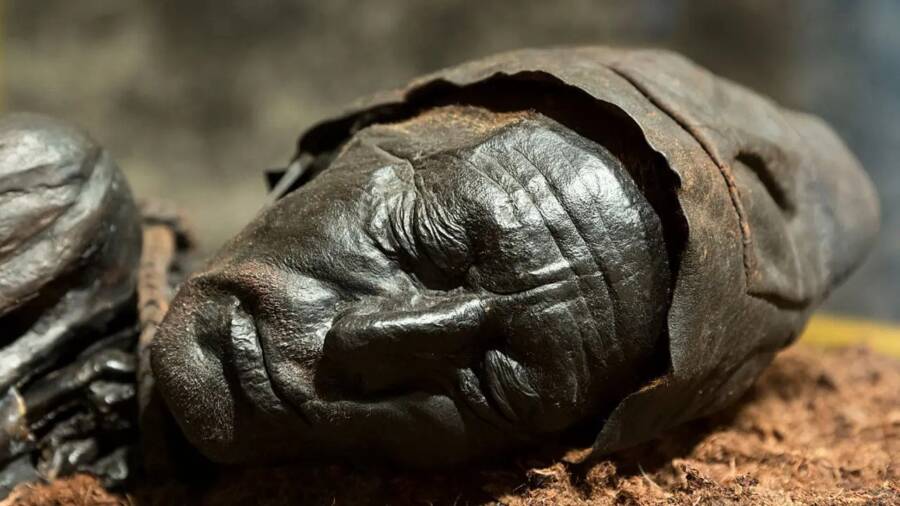 Tim Graham/Getty ImagesThe incredibly well-preserved features of the Tollund Man, who is estimated to have died in 400 B.C.E.

Though some of the ancient remains found in bogs belonged to people who accidentally drowned, researchers believe that many of them were sacrificed and then deliberately placed there. Thousands of years ago, people understood that bogs preserved human remains, which made them seem like a place between life and death.

For now, however, much about the bog body found near Stenløse remains a mystery. Live Science reports that the team of archaeologists will briefly suspend their examination of the site for the winter and will return for further excavations next year once the ground has thawed.

In the meantime, they’re hoping to learn more about the bog body from the bones that they’ve already excavated. Struve explained to Live Science that they may be able to determine the sex of the remains by examining the pelvis and more about the victim’s age by studying the wear on their teeth. The teeth might also offer up DNA, which could paint a picture of the bog body’s life.

Struve, and others, are eager to learn more.

“It is clear that when you stand with such a jaw from a person who lived in ancient times, you think about what kind of person it is,” Struve told TV 2, “and what kind of story lies behind how that person ended up in the bog.”

“I think it’s crazy exciting,” she exclaimed to TV 2. “I would like to have ten minutes with the victim and ask: Who were you, what is your story, and how did you end up in the bog?”