The Stomach-Turning Tale Of Charles Domery, The 18th-Century Polish Soldier Who Ate Literally Anything

Charles Domery had such a bottomless appetite that he'd devour grass, candles, and sometimes even live cats — making him the subject of numerous science experiments. 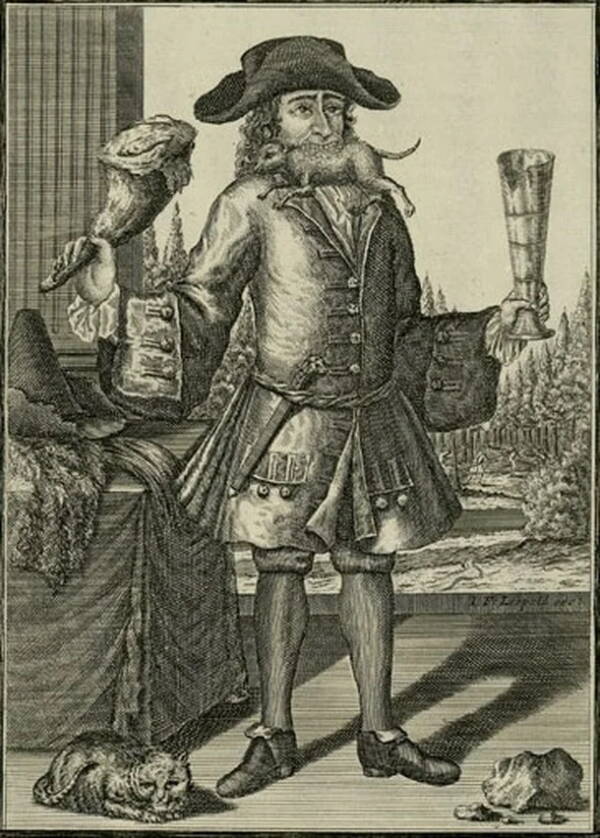 TwitterCharles Domery’s appetite was so voracious that he’s rumored to have eaten 174 cats in a single year.

History is rife with intriguing individuals who defy traditional human limits and decency. For Charles Domery, also known as Charles Domerz, a Polish-born soldier serving in the Prussian and French armies, it was his ​​insatiable hunger that eventually brought him worldwide fame — and proved to be his downfall.

Domery had an unusually large appetite that grew over time, leading to him eating any available food. His hunger led him to trade his loyalty to the Prussian army for the French, due to food shortages. And Domery’s uncontrollable hunger reportedly led to the consumption of over 174 cats in a year, as well as five pounds of grass daily, despite his distaste for vegetables.

Perhaps most shocking, Domery reportedly once tried to eat the severed leg of a crew member hit by cannon fire during his time serving on the French battleship Hoche. Amazingly, despite all of his odd meals, Domery remained physically intact with no ill effects from his diet.

If you think this is strange, just wait until you learn the full extent of the meals and adventures of Charles Domery.

The Life Of Charles Domery

Charles Domery was born in 1778 to a Polish family with nine boys who, like Charles, all shared a rather large appetite. Despite his unusual hunger, Charles was born a healthy boy and grew to be over six feet, three inches tall, with an average build. At the ripe age of 13, he joined the Prussian army fighting during the War of the First Coalition, where he grew, along with his hunger.

Over time, Domery found a major flaw with the Prussian troops: their rations. Much to his dismay, the troops were suffering from a food shortage. Even after the Prussians doubled his portions, Charles decided to quell his hunger by joining the enemy, the French. He was greeted by French officers with a melon, which he fully devoured including the rind.

Unfortunately, hunger soon returned and Domery was left unsatisfied, even after utilizing his own pay to buy extra food as well as eating all the available food for the troops.

This resulted in the unimaginable. With an unfulfilled stomach, Charles reportedly ate cats along with a few pounds of grass almost daily when other food was unavailable. This diet acted as a stepping stone for the even stranger events that followed.

Charles Domery, even with what would be considered an appropriate amount of food for a young man, felt as though he was always starving. This led to him making some surprising and seemingly unfathomable culinary choices in order to cure his food cravings.

Domery loved to eat raw meat, with bull’s liver being his favorite delicacy. Yet, while serving on the French ship Hoche, he almost devoured human flesh. His crewmates recalled having to wrestle Domery from a sailor’s leg that had been shot off by cannon fire. They ultimately succeeded — but only by throwing the severed leg into the sea.

You would think that after indulging in these food choices that one would get sick. However, Domery’s stomach and health remained intact even after eating raw meat, various animals, and large quantities of grass. In fact, he reportedly never vomited or defecated after his eating binges.

In February 1799, tragedy struck aboard the Hoche in Liverpool, England, when British forces captured Charles Domery’s ship. Soon after, Domery and his crewmates were held as prisoners of war in a prison camp near Liverpool. During his time in captivity, Charles continued to shock his captors with his voracious appetite and surprising food choices.

In a prison camp, meals were hard to come by. During this time period, rations for prisoners were set by the country in whose army the prisoners served. For Domery and other French prisoners, the daily rations included two ounces of bread, half a pound of vegetables, and two ounces of butter or six ounces of cheese. Troops were also given some ration of beer, diluted rum, and sometimes tea.

Yet again, these rations proved to be inadequate for Domery. This resulted in him eating spare candles, at least 20 rats, and the prison cat. At times, Domery ate the medicine that was left over in the camp’s infirmary and washed it all down with water or his ration of beer.

After learning of Domery’s rather peculiar food choices, the British army decided to double his rations. His insatiable hunger led to a constant increase in rations until he was at a serving size that equaled the daily rations of 10 men. This piqued the interest of a prisoner commander who brought the matter over to the Sick and Hurt Commissioners, a party responsible for the overall welfare of prisoners of war.

Soon, Charles Domery became the subject of medical experiments to test the limits of his hunger.

Attempting To Solve A Medical Oddity 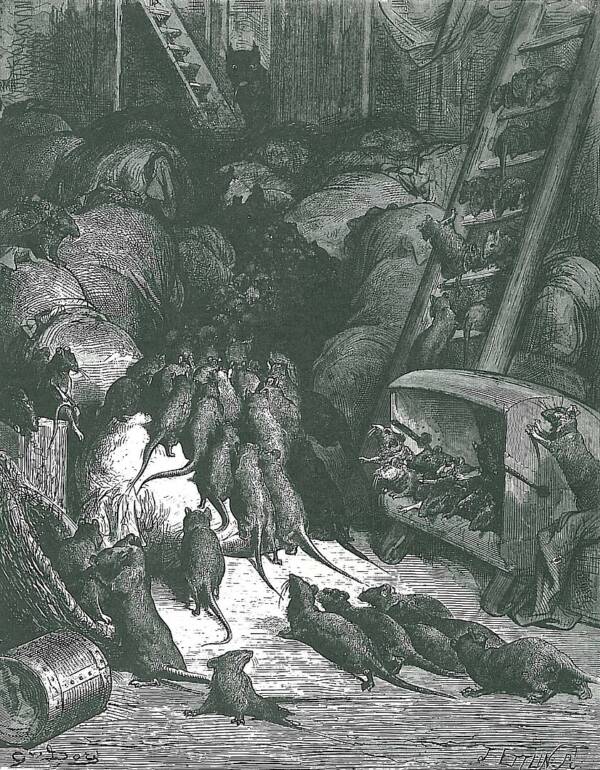 Gustave Doré/Wikimedia CommonsCharles Domery is reported to have devoured prison rats that were both alive and dead.

Dr. J. Johnston, a member of the Sick and Hurt Commissioners, decided to test Domery’s eating abilities. One night, Domery was awakened at 4 a.m. and fed four pounds of cow udder without hesitation. Shortly after, he devoured five pounds of raw beef and a dozen candles. For lunch, beef, and candles were again relished and washed down with some beer.

The entire medical experiment left personnel stunned. Perhaps what was most shocking was that Domery remained in good spirits despite his extreme culinary adventures.

Unfortunately, what happened to Domery after this experiment remains unknown. In fact, the medical mystery surrounding his large appetite in general remains unsolved. Many suspect that polyphagia, an intense desire to eat due to an underlying medical condition like abnormal blood glucose levels, may have been at play. For now, we can look back at Charles Domery’s uncontrollable appetite with both sympathy and curiosity.

After learning about Charles Domery’s uncontrollable appetite, read about the 10 weirdest people to exist in history. Then, learn about these 17 terrifying cannibal attacks.