Paul Avery And His Harrowing Investigation Of The Zodiac Killer

Paul Avery was a top reporter for the San Francisco Chronicle reporting on the infamous Zodiac killings. But after making a break in the case, the killer took to tormenting him with letters and cards. 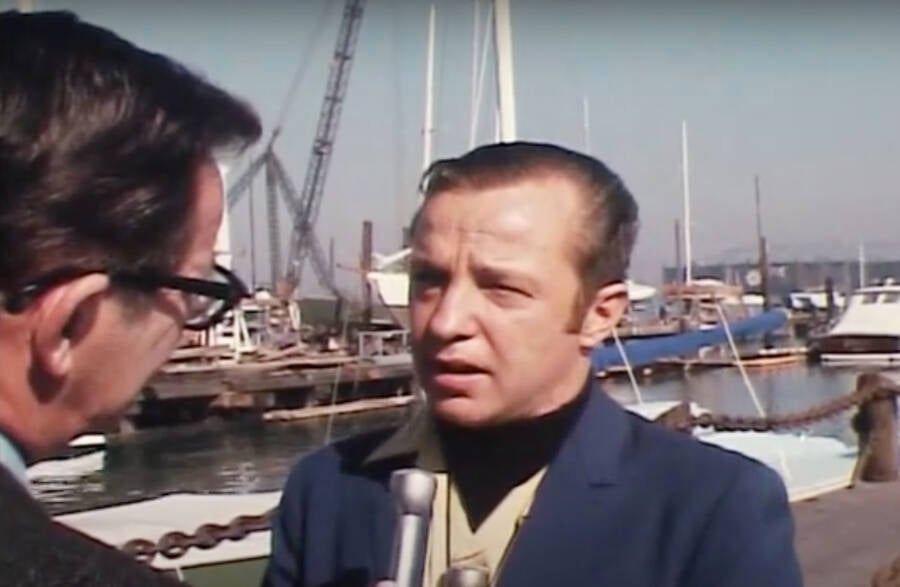 KRON-TV/YouTubePaul Avery being interviewed about the Zodiac case in October 1970.

Born in Hawaii in 1934, Paul Avery was a reporter from the time he was just 21 years old. From Mississippi to Texas to Alaska to Hawaii, wherever there was a story, Avery would uncover it.

But while working at the San Francisco Chronicle in 1970, Paul Avery found himself at the center of one of his own stories. Not only was he investigating the infamous murders of the Zodiac Killer, but the unknown perpetrator soon threatened Avery himself.

This is the chilling story of Paul Avery and his connection to the Zodiac murders.

The office of the San Francisco Chronicle was bustling with activity, as usual, the morning of October 27, 1970. The paper’s reporters were moving between desks and shouting, the smoke from the cigarettes they constantly puffed blending with the smell of the coffee they were constantly brewing.

Paul Avery had received an elaborately-decorated Halloween card that morning and his colleagues gathered around his desk as he opened it. Mistakenly addressed to “Averly,” the card featured a grinning skeleton on the outside and a short message on the inside “Peek a boo! You’re doomed. From your secret pal.” The Halloween greeting would seem harmless, except that the hand that had penned the mischievous message had also killed multiple people. 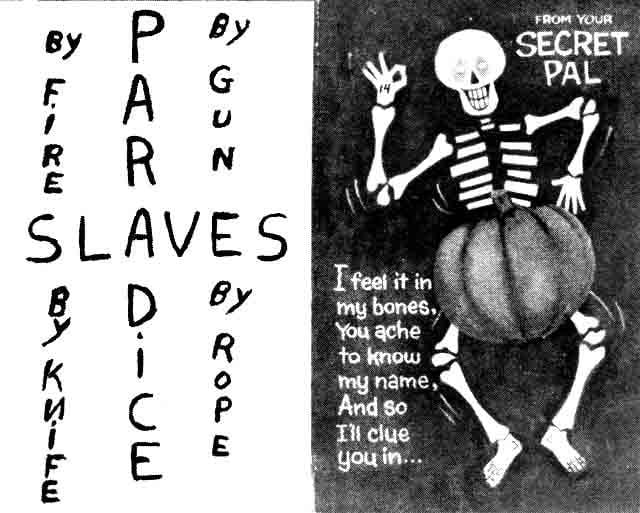 The police only attributed five deaths (and two attempted murders) to the Zodiac Killer, although his victims may number closer to forty. He haunted Northern California during the late 1960s to 1970s, taunting the police and terrifying the public with several cryptic letters containing details about various murders that could only have been known to the killer. Then, after years on the front page, he simply vanished, seemingly without a trace. To this day, authorities don’t know who the Zodiac Killer was, though a cold case team identified a man named Gary Francis Poste as the culprit in 2021.

Avery Uncovers A New Lead, But The Case Goes Cold

The Zodiac case seems like it could have been torn straight from a detective novel, partly because it was one of the rare instances when the police and papers worked together to try and track down the killer. San Francisco Chronicle journalist Paul Avery provided an important new lead when he received an anonymous tip claiming that a 1966 murder in Riverside was the work of the Zodiac, who had previously been thought to operate only in the San Francisco area. It was after his article had been published that he received his message from the man he was helping to hunt down. 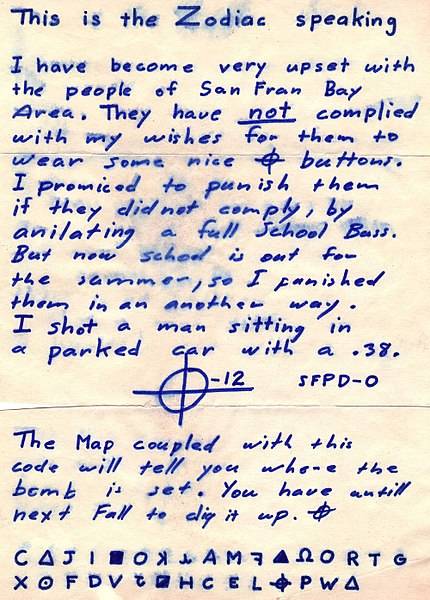 Wikimedia Commons1970 letter from the Zodiac sent to the San Francisco Chronicle claiming responsibility for another murder.

Paul Avery’s colleague Duffy Jennings recalled how the reporters at the Chronicle joked about the Halloween card, although it was the first time the killer had targeted anyone by name. The police took the threat rather more seriously, and Avery himself was shaken enough to make use of the gun permit they granted him. He took to carrying around a revolver inside of his jacket just as his fellow reporters began wearing “I Am Not Avery” buttons pinned to their clothes, a gesture that was not a lighthearted as it seemed.

“Unsavory Avery” had earned his nickname because he was “not above a little skullduggery to beat a competitor to an exclusive or usurp someone else’s turf.” Jennings recalled how he and Avery would sneakily shadow Zodiac suspects in hopes of surreptitiously obtaining a handwriting sample. Their efforts were in vain, as the killer continued to brazenly write to the papers without ever having his handwriting matched. 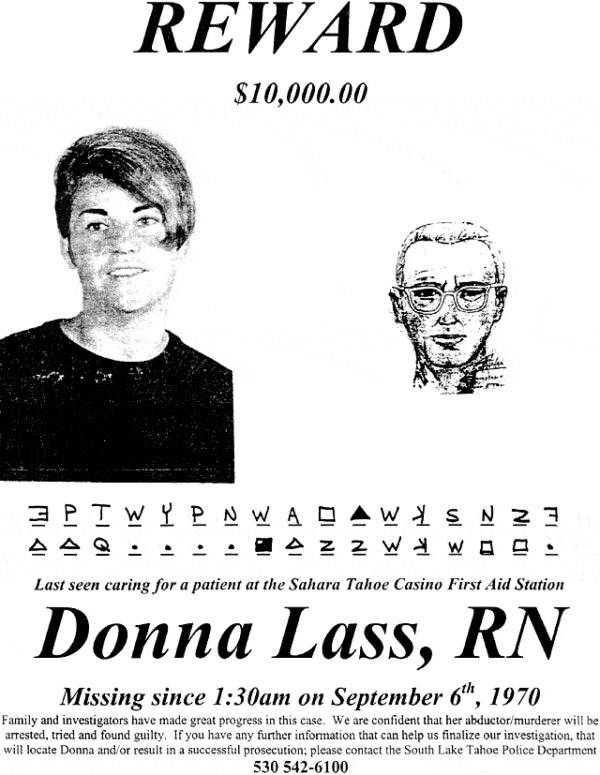 Once Paul Avery’s article had linked the Riverside murder to the Zodiac, The Los Angeles Times also received a letter from the killer: this one congratulating the police for discovering his “Riverside activity” and hinting that there were many more previously unlinked victims. In 1971, another letter addressed to “Averly” was sent to the Chronicle: it was a collage of words cut out from newspapers and magazines and referencing Lake Tahoe. Nurse Donna Lass had been missing in the area since September of 1970. She was never found and has never been named an official Zodiac victim.

Paul Avery’s Life And Career After The Zodiac Murders 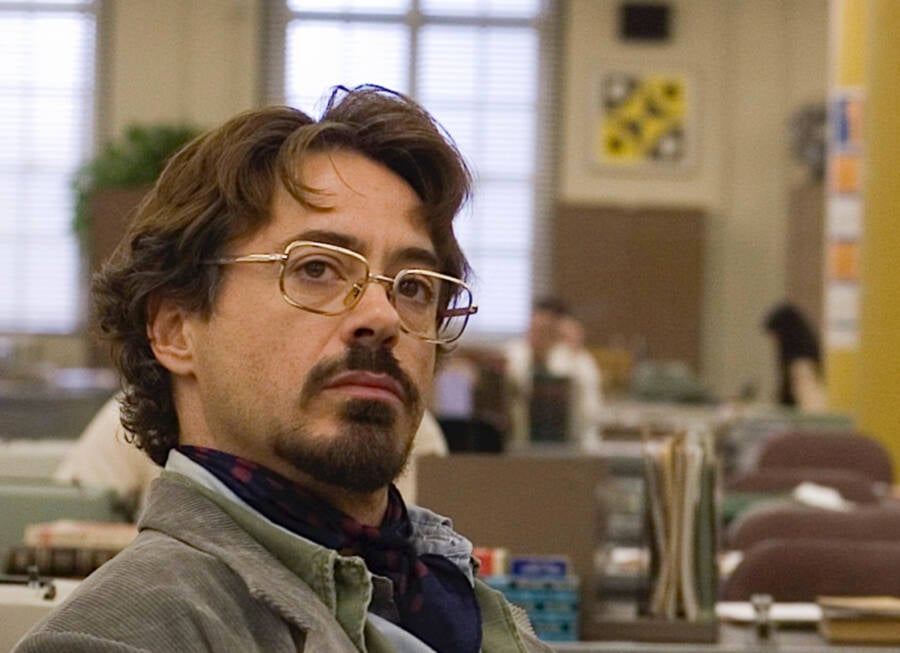 Although Robert Downey Jr.’s portrayal of Avery in the acclaimed 2007 film about the murders depicts a charismatic journalist who is destroyed by the Zodiac case and eventually succumbs to alcoholism, in reality, Avery went on to cover several other huge stories, including the Patty Hearst kidnapping case.

Excessive drinking and smoking certainly contributed to his early death from emphysema at the age of 66, but he stayed on front lines of the journalism world up until the very end, dragging his oxygen tank with him to the local news bar to spend hours talking with reporter friends. As for the killer he had chased: the Zodiac was never found.

After this look at Paul Avery, read 21 serial killer quotes that will chill you to the bone. Then learn the story of serial killer Edmund Kemper, whose story is almost too gross to be real.