From July 31, 1969 to June 26, 1970, the four Zodiac Killer ciphers arrived at the offices of The San Francisco Chronicle. It took 51 years for the remaining unsolved codes to finally be broken. 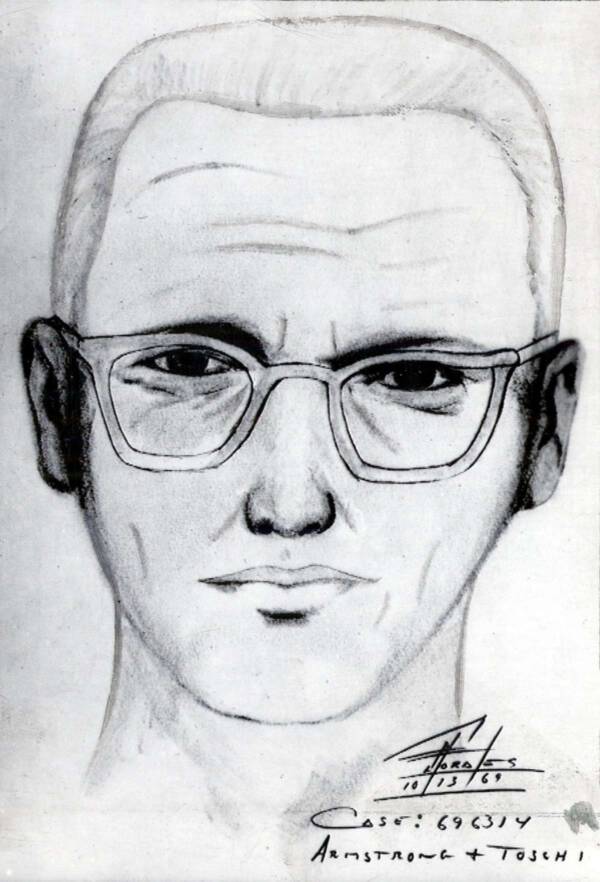 Wikimedia CommonsA sketch of the Zodiac killer, whose last ciphers were finally just solved after a half-century.

In the 1960s and 1970s, the Zodiac Killer terrorized Northern California. He left several clues in his wake, including a handful of coded messages. But for years, authorities and amateur sleuths have failed to crack the last of his unsolved ciphers.

But now, Fayçal Ziraoui, an engineer and business consultant who lives outside of Paris, claims to have finally decoded the Zodiac Killer’s final two unsolved ciphers, called Z13 and Z32 for the number of coded characters each contains. One, he says, even reveals the killer’s name: Lawrence Kaye, a suspect in the original case.

“I was obsessed with it, 24 hours a day, that’s all I could think about,” explained Ziraoui, who learned about the Zodiac Killer in a French magazine.

Ziraoui set out to do what no one had done — crack the final Zodiac codes once and for all. 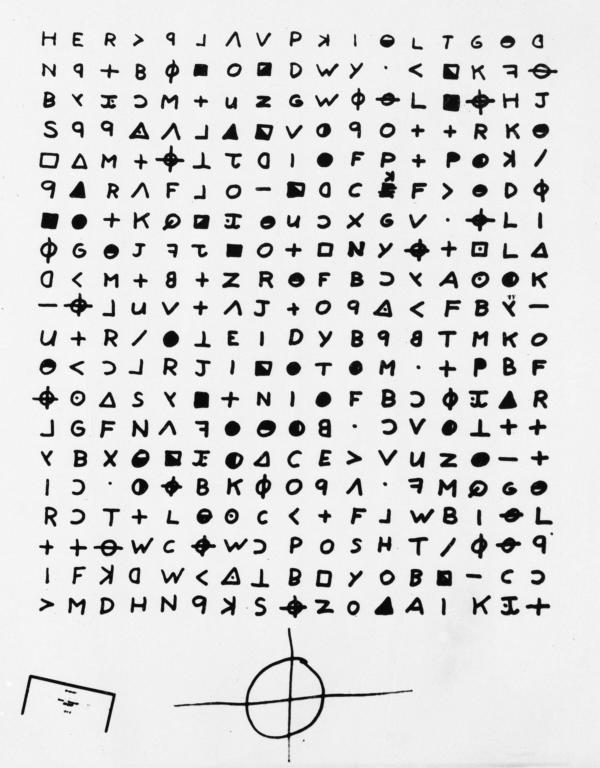 In 1969 and 1970, the Zodiac Killer sent out four ciphers along with letters describing his crimes. The first, sent on July 31, 1969, was cracked just a week later.

“I like killing people because it is so much fun,” the cipher, called Z408, read. “It is more fun than killing wild game in the forest because man is the most dangerous animal of all.”

But it took 51 years for codebreakers to crack the second cipher, called Z340.

In December 2020, an international team of code-breakers finally cracked Z340.

That cipher, which was mailed to The San Francisco Chronicle with a victim’s bloodstained shirt, mocked authorities. “I hope you are having lots of fun trying to catch me,” the Zodiac Killer wrote. 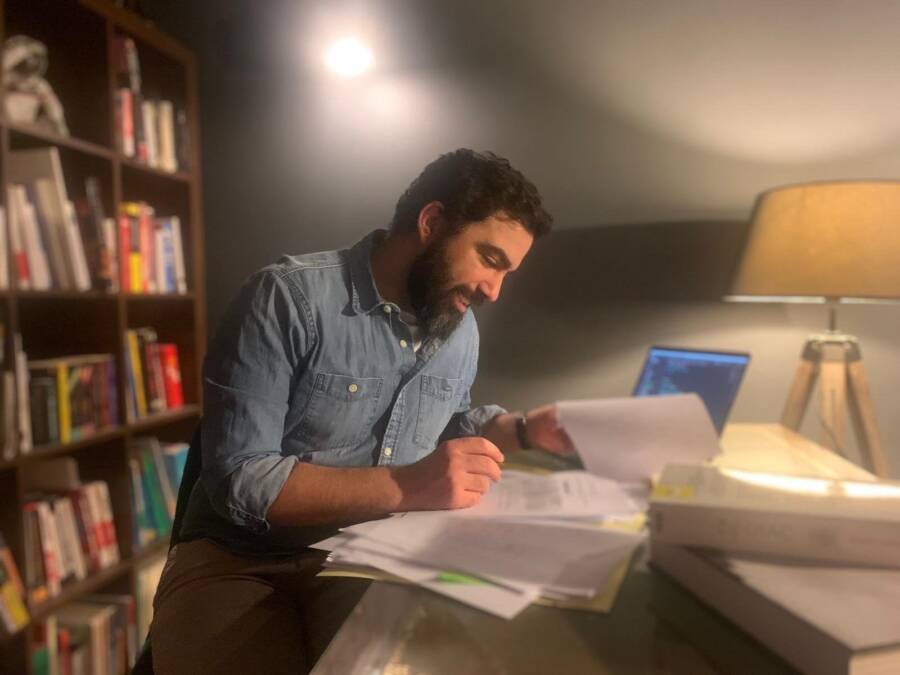 But despite the breakthrough, ciphers Z13 and Z32 remained unsolved. Because these ciphers are so brief, they’re much harder to crack. And some believe they are impossible to solve because they are too short to confidently determine an encryption key.

That’s where Ziraoui entered the picture.

How The Last Zodiac Ciphers Were Finally Solved

After reading about the case — and the recent translation of Z340 — Ziraoui set his sights on the final two ciphers. “Why not me?” he thought.

So, Ziraoui got to work. A graduate of École Polytechnique and HEC Paris, France’s top engineering and business schools, Ziraoui focused his problem-solving skills on the coded messages.

As he toiled, he suddenly wondered if he could recycle old work. The international codebreakers who had solved Z340 had used an encryption key and released it in the public domain. Could lightning strike twice — even three times? 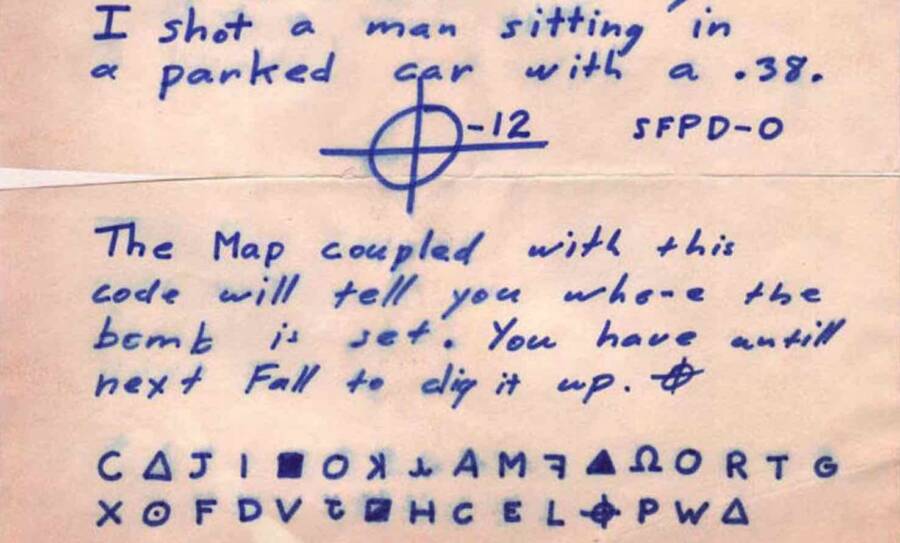 First, Ziraoui applied the key to Z32. This yielded a random jumble of letters. So Ziraoui tried several different techniques to find coherence in the chaos. And after two weeks, he suddenly had something:

And when Ziraoui followed the coordinates — based on earth’s magnetic field — he landed on a location not far from a school near South Lake Tahoe. Significantly, authorities believe that the Zodiac Killer sent a postcard in 1971 that referenced South Lake Tahoe.

Convinced that he’d cracked the Zodiac Killer’s code, Ziraoui then turned to the most significant cipher of all: Z13. This one starts in plain English with a compelling phrase: “My name is —.”

Ziraoui used the same encryption key with Z13. And to his delight, it churned up “KAYR” — close to Lawrence Kaye, a longtime suspect in the Zodiac murders.

Has The Zodiac Killer’s Code Actually Been Fully Cracked? 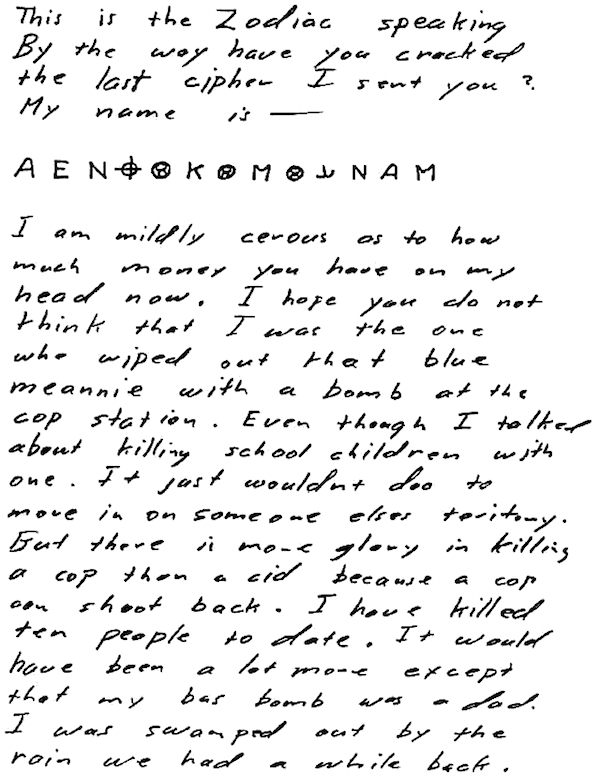 Some, including retired police officer Harvey Hines, suspect Kaye to be the Zodiac Killer. Kaye lived near South Lake Tahoe. And a woman named Kathleen Johns — who may have survived a near brush with the Zodiac Killer — later picked Kaye out of a line-up.

But not everyone is convinced by Ziraoui’s code-breaking prowess. When he excitedly uploaded his findings to Zodiac Killer forums, moderators deleted his messages.

“I don’t believe it for a second,” one commenter sneered. Citing Ziraoui’s quick turnaround time, he threw cold water on the idea that Ziraoui had managed to crack the codes.

Despite the setback on the forum, Ziraoui also sent his solutions to the FBI and San Francisco Police Department. Neither has commented on the accuracy of Ziraoui’s uncoded ciphers, citing the ongoing investigation.

Since then, Ziraoui has reevaluated his method of sharing his discoveries. Acknowledging that he had arrived in Zodiac Killer forums “a bit like a bull in a china shop,” he nevertheless stands by his work.

But Ziraoui doesn’t see himself solving ciphers long-term, and he has resolved to take a step back from the Zodiac Killer.

“I am drawn to things other than serial murder,” he said.

After reading about the Zodiac Killer’s ciphers, learn about six unsolved murders of serial killers who were never caught. Or, discover how 33 famous serial killers met their end.