As earth-friendly art continues to garner acclaim in many creative communities, the whimsical wood work of Patrick Dougherty shines bright. 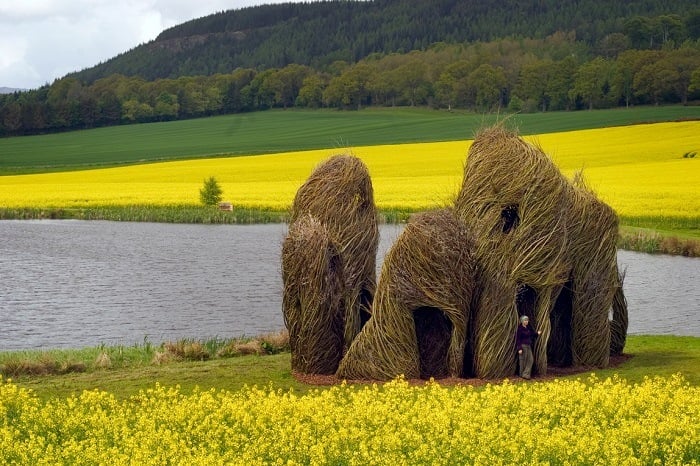 Patrick Dougherty is yet another contemporary sculptor whose eco-friendly artwork blurs the line between art and the environment. By manipulating saplings into spectacular shapes and images, he flawlessly builds green artwork that has garnered worldwide praise. Dougherty is yet another artist interested in earth-friendly artwork, and his success confirms that the green art trend is here to stay. 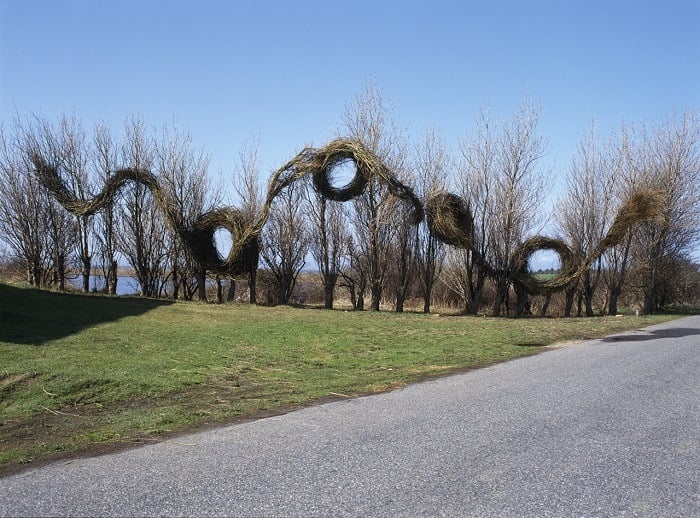 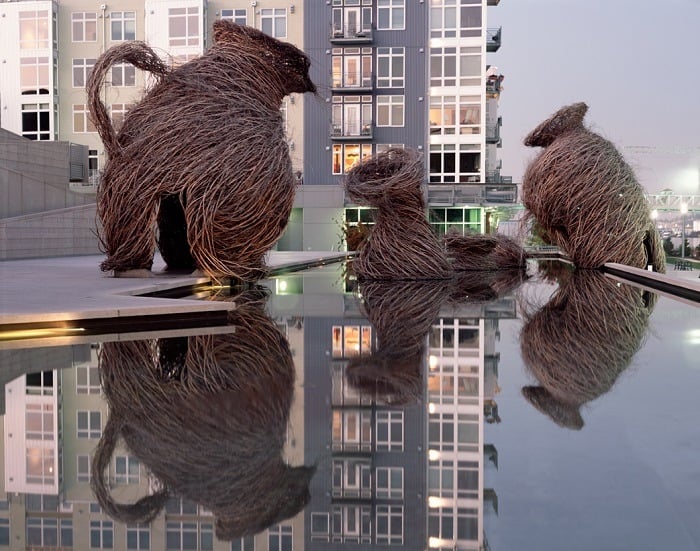 Patrick Dougherty was born in 1945 and grew up in North Carolina. As a child, he enjoyed building forts and shelters in the wooded areas around his house, both of which were habits upon which he would draw later in life. 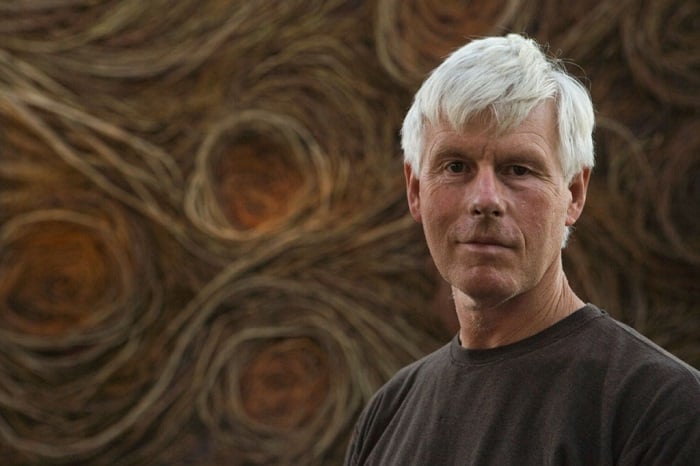 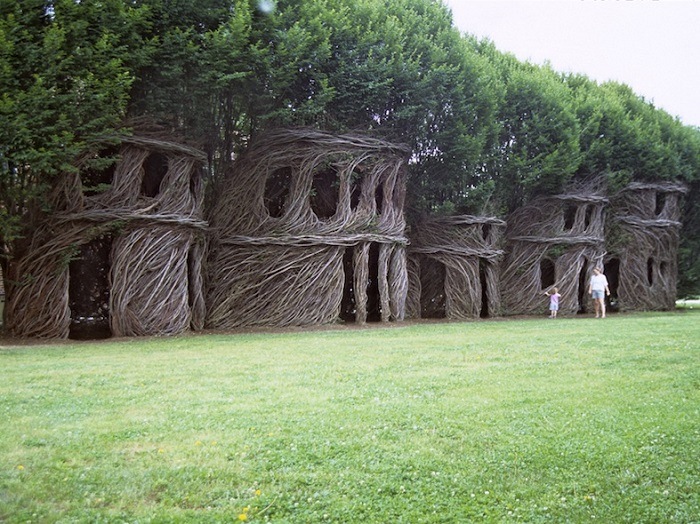 By weaving them together and manipulating the shape of the saplings, Dougherty has been able to create extraordinary pieces of living art. In 1982, Dougherty’s first work, “Maple Body Wrap,” was included in an exhibition sponsored by the North Carolina Museum of Art.

Since then, Dougherty has crafted more than 200 sculptures. His work is so popular that his journey as an artist has been featured in both a book, Stickwork, and a documentary titled Bending Sticks: the Sculpture of Patrick Dougherty. 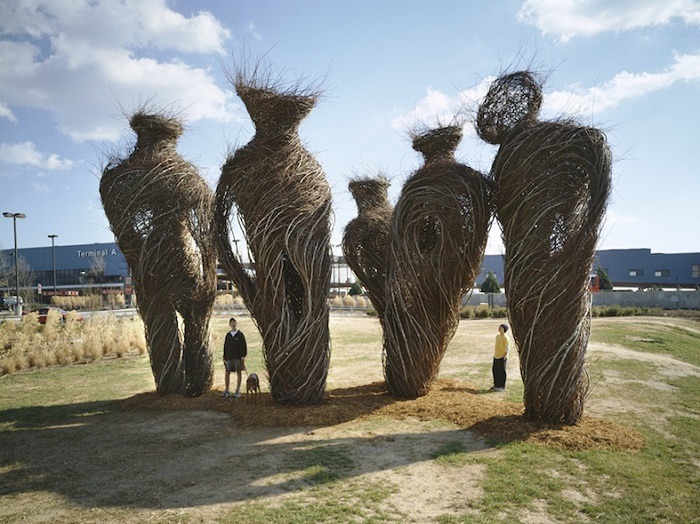 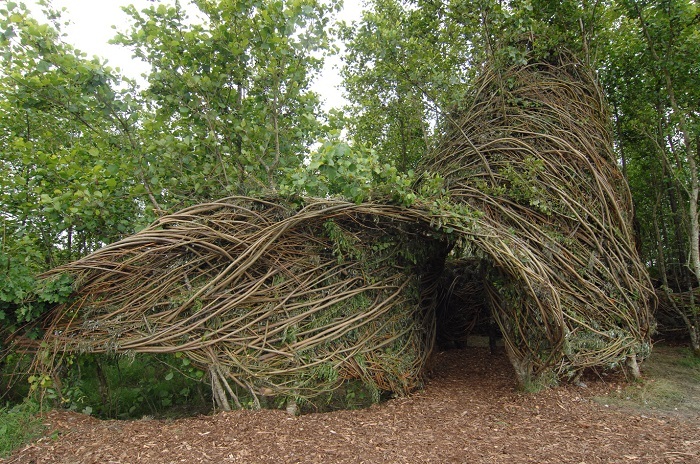 What began as small-scale sculptures has now transformed into enormous pieces of art that take truckloads of saplings to create. He has been commissioned to create pieces for some of the world’s most prestigious destinations, including Korea, Australia, France, Italy, and the United States. 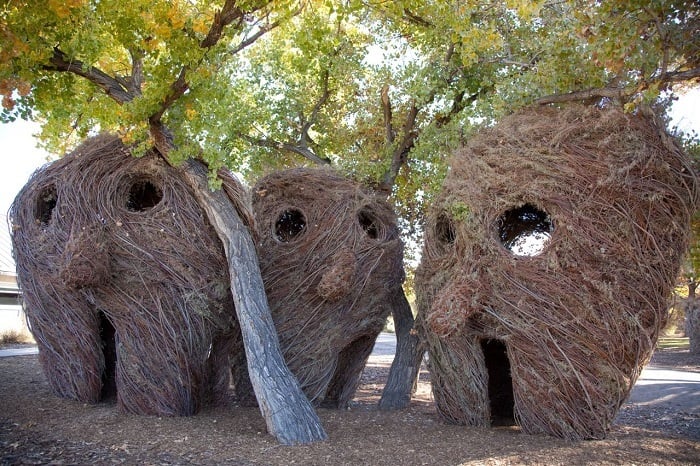