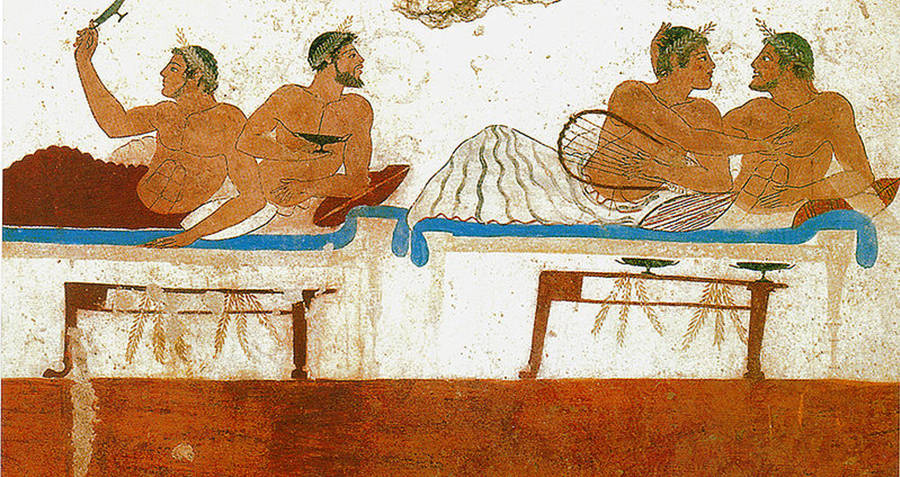 The Greeks had their own word for the practice of older men taking young boys under their metaphorical wings. Known as “pederasty,” the practice was socially acceptable and often used ritualistically.

Supporters of the practice claimed that it was useful for the social and educational progression of the boy. Because it was regarded so highly, the ritual of pairing a young boy with an older man was a communal one. The boy’s father would ultimately choose the older man, similarly to a father seeking a husband for his daughter.

Unlike in the Samurai culture, however, there were critics of the practice throughout its heyday. Scholars such as Plato often argued that the effects of a pederastic relationship were more negative than positive, that the lasting effects on the psyche of the boy could lead to negative behaviors in the future.

The critics of pederasty soon outweighed the supporters, as religions such as Judaism and Christianity condemned sodomy and homosexuality. Fabels, such as those written by famed writer Aesop, also began to depict sodomy and homosexual encounters between older and younger men as taboo and unacceptable. Eventually, by the fall of the Roman empire, pederasty had fallen out of fashion.

The Roman view of pederasty was arguably the loosest. Whereas the Samurai and the Greeks viewed it as a spiritual or educational union, the Romans simply engaged in it as a social pastime.

In Ancient Rome, it was actually socially normal for older men to prefer younger boys over young women. However, sodomy was still frowned upon, so the only young men available to become sexual partners were slaves, whose rights were unprotected.

Unlike the Greeks and Samurai warriors, Roman pederasty was driven solely by one’s sexual desires and indulgences. It was seen as an act of power, as all but one of the fifteen Roman emperors did not take a young boy as a lover. Being able to control and manage one’s sex life, by way of organizing multiple sexual partners, was seen as a sign that a man was capable of governing a city.

Most researchers believe that the Roman practice of pederasty came out of Greek influence and that the Romans then adapted it to fit their decidedly different lifestyle.

Pederasty was common practice in the Roman Empire until the rise of Christianity, which, as it did in Greek culture, put a stop to the practice of sodomy by condemning homosexuality.

Next, read about these shocking child marriages across the world. Then, read these controversial quotes from some of the most revered heroes.