When doctors told Dr. Scott-Morgan that he would be dead by the end of 2019, he was determined to prove them wrong. 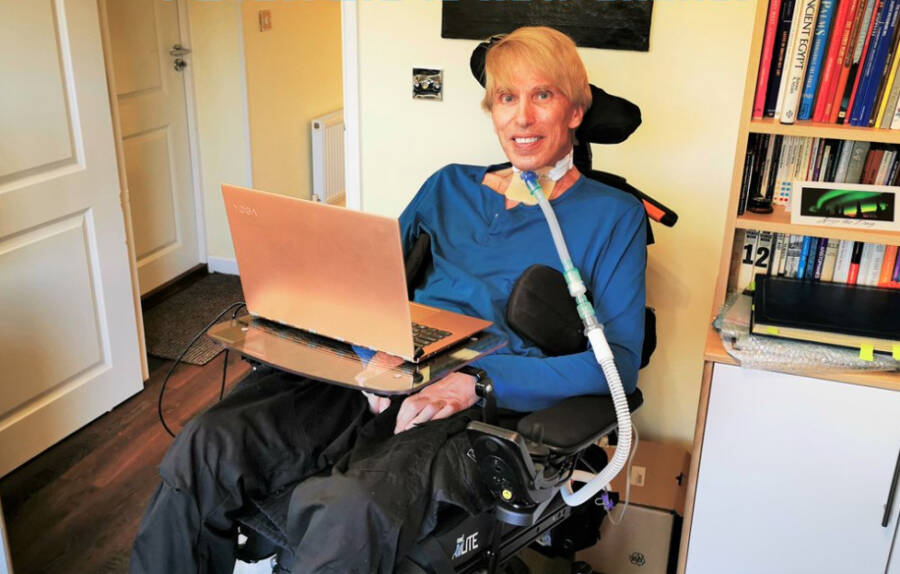 TwitterThe British roboticist was told he would be dead by the end of 2019. He had other plans.

In 2017, Dr. Peter Scott-Morgan was diagnosed with a motor neuron disease (MND). He was told that his muscles would wither away, and that he’d likely die by the end of 2019. As a resourceful British scientist, however, the 61-year-old had a better idea.

According to The Independent, the roboticist decided to “upgrade” himself and become “the world’s first full cyborg” instead. His plan to become “the most advanced cybernetic organism ever created in 13.8 billion years” was met with skepticism — but he may have had a point.

Dr. Scott-Morgan arguably set a new benchmark for how substantially modern tech can alleviate one’s biological condition. With astounding refinements in biotech and the freedom to identify however he chooses, becoming a “cyborg” is certainly more feasible than ever before.

After 24 days in intensive care, the old Peter Scott-Morgan was gone — and “Peter 2.0 is now online.” According to Devon Live, the astounding journey is already being adapted into a documentary, scheduled to air in 2020.

“All medical procedures now complete and a huge success,” he said. “My mini-ventilator keeping me breathing is a LOT quieter than Darth Vader’s. All speech is synthetic but at last sounds like me again. Long research road ahead but in great spirits.” 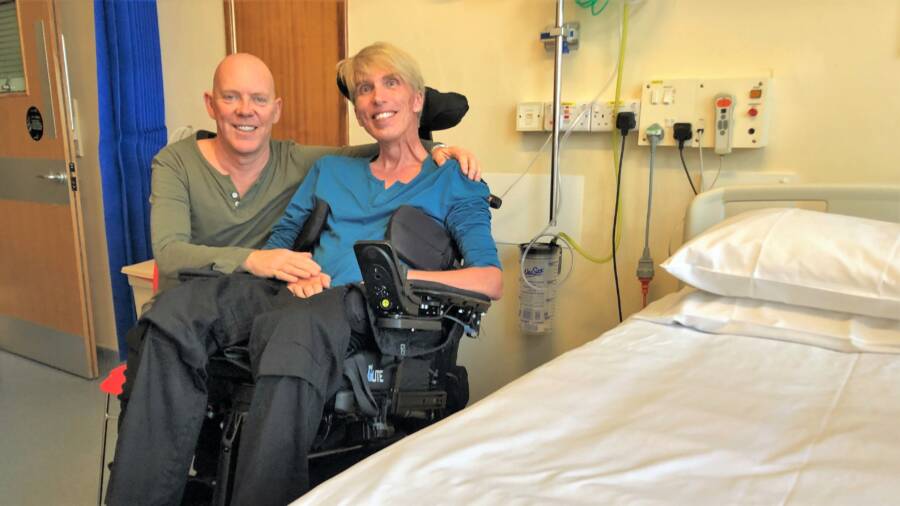 TwitterDr. Scott-Morgan and his husband, Francis, have set up the “Right to Thrive” campaign. It aims to allocate more funding for those with MND and revamp healthcare guidelines to properly help them.

These operations have already dramatically improved his life, as he can now control his own feeding and toilet issues without assistance. The savvy scientist also underwent a laryngectomy in order to prevent saliva from entering into his lungs — a common danger for those with MND.

Though the operation vanquished his natural voice, Dr. Scott-Morgan felt it was a fair trade. He described the switch as prioritizing “potentially decades of life” over something he’s simply replaced with synthetic speech.

He even created a life-like avatar of his face that uses artificial intelligence to correspond to his communication with others. All of this would be impressive enough, but the “world’s first full cyborg” seems to have outdone himself and gone even further.

Following laser eye surgery that gave him perfect vision at 27.5 inches (the distance from his computer screen), Dr. Scott-Morgan is now researching eye-tracking technology. He believes this could be the most effective approach toward controlling multiple computers at once in his condition.

Footage of the avatar Dr. Scott-Morgan created for more effective communication with others.

Now, the scientist who was given an immobile death sentence is cheerfully zipping around in his rapid and “brilliantly engineered” wheelchair, which enables him to stand up or lie down flat as he pleases. Of course, his project is not complete — he jokes that he’s “got more upgrades in progress than Microsoft.”

“Over time, more and more with MND, with extreme disability, with old age, with a passion simply to break free from their physical straightjacket, will choose to stand beside me,” he wrote. “And we will all stand tall. And we will stand proud… because we refuse simply to ‘stay alive.'”

He and his husband, Francis, feel that MND should be thought of less as the death sentence so many people consider it to be, and more of an opportunity to “upgrade.” The pair have set up a foundation and lobbied members of Parliament to fiscally support his “Right to Thrive” campaign. 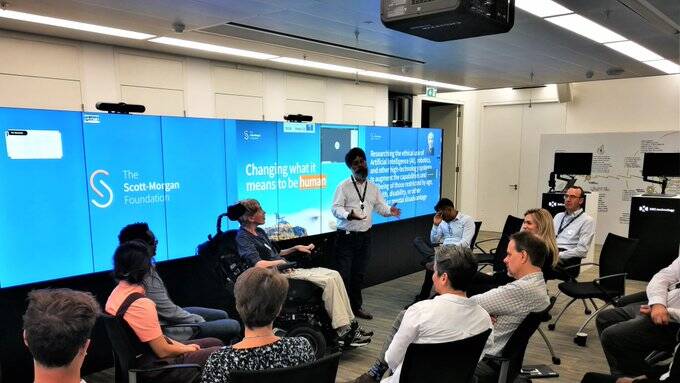 TwitterFewer than one percent of those diagnosed with MND are given a tracheotomy and a cough-assist machine. The Scott-Morgan Foundation aims to change that.

The organization essentially tackles restrictive healthcare guidelines and a lack of vital funding for people with these types of disorders. Dr. Scott-Morgan explained that fewer than one percent of those diagnosed with MND are given the “life-saving combination” of a tracheotomy and a cough-assist machine that rids the lungs of phlegm.

“We need to make a noise that rises above the clamour of business as usual and Brexit,” he urged. “For far too long, the voice of MND has been largely unheard.”

Dr. Scott-Morgan seems to have transformed into more than a cyborg. His fervor for life and overcoming daunting obstacles have turned him into a futuristic poster-boy for those similarly plagued with his condition.

As such, it seems hard to imagine that his voice — synthetic or not — will fall on deaf ears any longer.

After learning about the terminally ill scientist who’s becoming the “world’s first full cyborg,” read about the real life cyborgs already among us. Then, learn about four ways we can now create genetically modified humans — and whether we should.