Even after learning Pierre Brassau was Peter the Chimp, critics still commended his work, and one man even purchased a painting for himself. 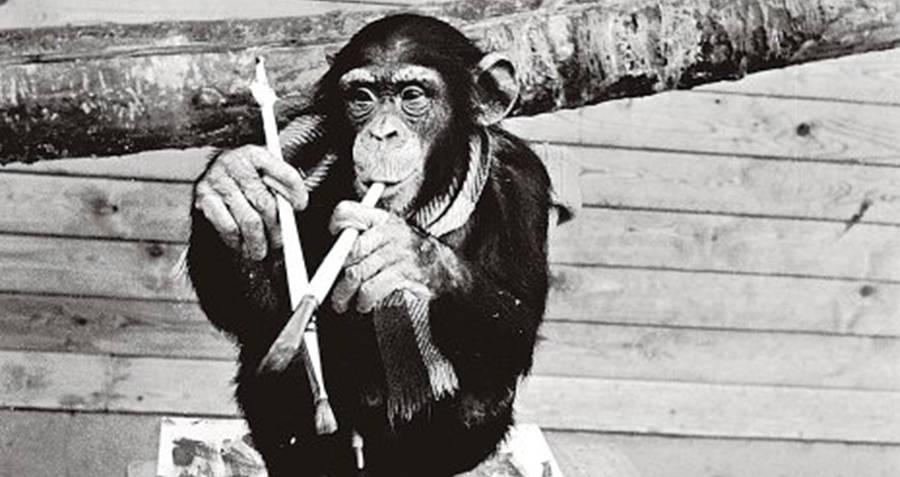 Abstract artist Pierre Brassau’s first and only exhibition took place in 1964 at the Gallerie Christinae in Göteborg, Sweden. The critics (apart from one) loved his work, praising his “clear determination” and “powerful strokes.” Before long, everyone was wondering where such a gifted artist could have come from.

It was just a short time later that they learned that he had been living at the Borås Djurpark zoo – because Pierre Brassau was a chimpanzee.

The entire art show and even the artist himself was an elaborate hoax, perpetrated by a local journalist, in order to test whether or not esteemed art critics really knew what they were talking about.

The hoax began a few weeks before the art show. 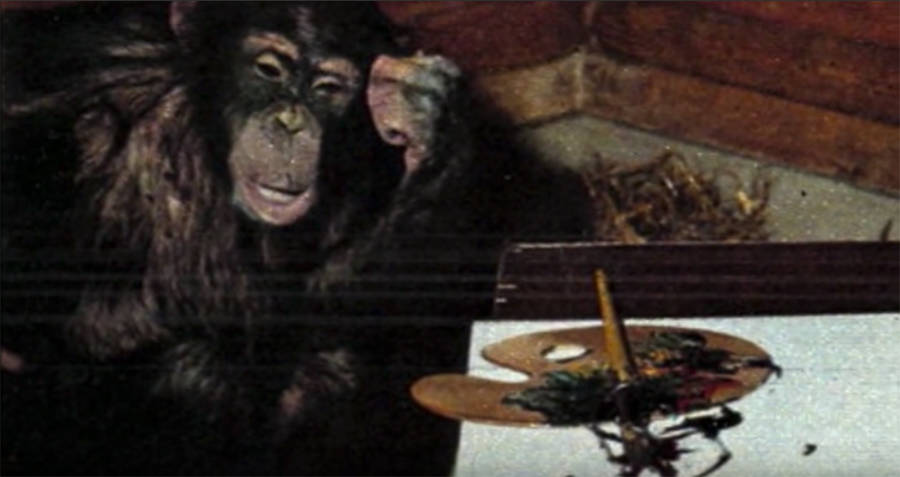 Åke “Dacke” Axelsson, a journalist from the Göteborgs-Tidningen newspaper, had recently decided to put art critics to the test. Goteborg was full of galleries and critics, and the popularity of abstract art was on the rise. Axelsson wondered just how good these art snobs actually were at identifying “good” and “bad” abstract pieces.

So, Axelsson headed down to the local zoo and persuaded the 17-year-old zookeeper to let him give Peter, the resident West African chimpanzee, some canvas and oil paints. At first, it seemed the attempt would end there, as Peter had a thirst, not for art, but for art materials – he preferred eating the paint to putting it on the canvas.

Eventually, either bored by eating the paint or struck by inspiration, Peter began putting the paint on the canvas. Due to his taste preferences, cobalt blue (which seemed to be the most flavorful), was heavily featured in his paintings.

As any good artist would, Peter kept a stash of snacks close to him while he painted, in his case a bunch of bananas. As he watched, Axelsson noticed that the more bananas that Peter ate, the faster he would paint. Sometimes, he could eat as many as nine bananas in 10 minutes.

Eventually, after Peter had created multiple works of art, Axelsson pulled the four he dubbed the best and put them on display. 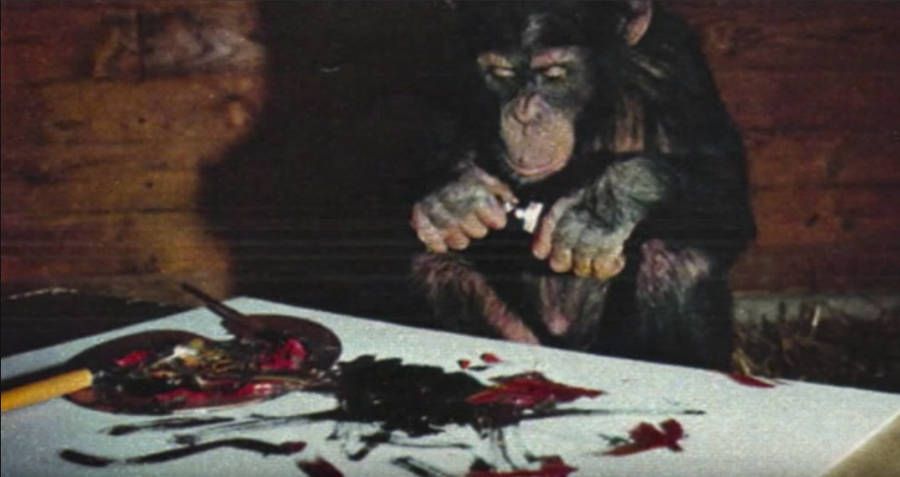 While one did comment that “only an ape could have done this,” the reaction to Pierre Brassau’s work was resoundingly positive.

“Pierre Brassau paints with powerful strokes, but also with clear determination,” wrote critic Rolf Anderberg of the morning Posten. “His brush strokes twist with furious fastidiousness. Pierre is an artist who performs with the delicacy of a ballet dancer.”

Even after Axelsson revealed that Pierre Brassau the artist was, in fact, Peter the Chimpanzee, Anderberg stuck by his words, declaring that his work was “still the best painting in the exhibition.” 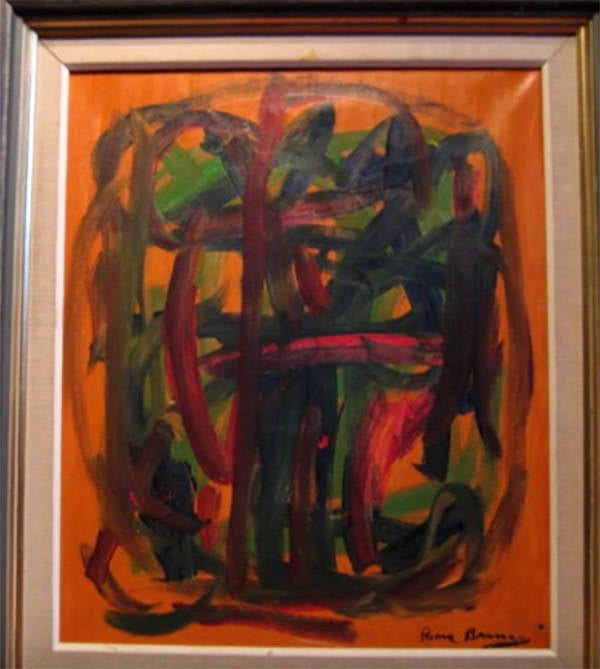 A private collector even purchased a Pierre Brassau original, for $90 (just over $700 today).

Unfortunately, the art career of Pierre Brassau ended there, as Peter was transferred to the Chester Zoo in England in 1969. There, he lived out the remainder of his life, eating bananas and remaining blissfully unaware of the stir that he had caused in the abstract art world.

Next, read about more talented primates, like Jack the Baboon, who worked as a perfect railway signalman, not to be confused with Jackie the Baboon, the surprising World War II hero.