Did Desiree Jennings Fake Dystonia Or Was She Infected By A Flu Shot?

Desiree Jennings and her "doctor" claim that small amounts of mercury from a flu vaccine were responsible for her condition.

Desiree Jennings was the picture of health and happiness. She was an avid runner and a cheerleader for the Washington Redskins. She had a job at a marketing company and had been happily married for several months.

Then, in 2009, she went in for a routine flu shot and her whole life changed.

Seemingly overnight, Jennings had found herself suffering from what she called severe “side effects” of her flu shot – a fever, body aches, and extreme fatigue.

Before long, the effects had gone from bad to worse. She found herself unable to speak in full sentences, slurring, and stammering, and her short-term memory was gone. The more she tried to remember things, even simple things like the capital of her home state, Ohio, the worse her speech would get, to the point where she was all but speaking gibberish.

When she did speak, it was no longer in her Midwestern drawl with its shifted vowels, but in a sharp British accent.

“It sounds like an accent, but it’s not. I just can’t pronounce words anymore,” she said.

But, perhaps the most shocking thing about Desiree Jennings’ affliction was the way it affected her ability to walk. Long gone was the avid runner, replaced with a woman who couldn’t stand up straight, who struggled to walk at all, and who wobbled and lurched when she tried to. 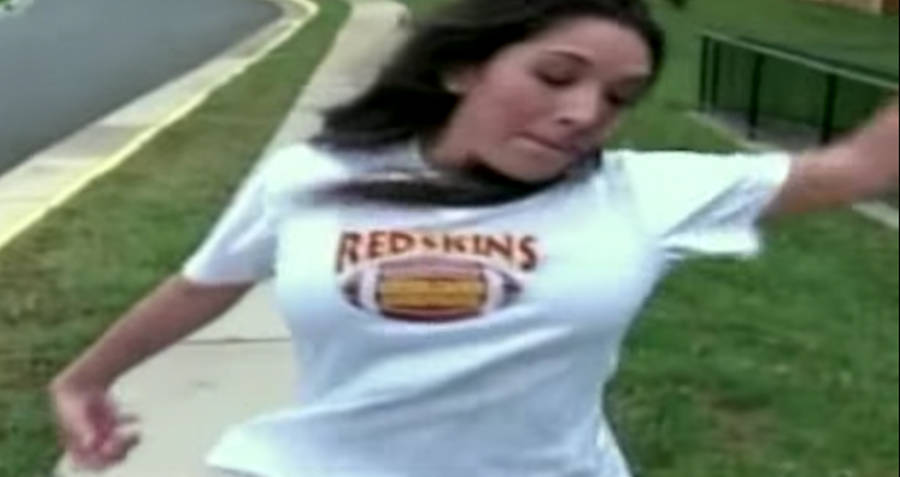 YouTubeWhen Desiree Jennings walks, her arms flail at her sides.

Doctors across the country were baffled. Jennings and her husband traveled to countless hospitals searching for anyone who had insight into her condition, including renowned institutions like Johns Hopkins. At every hospital, doctors were baffled by the condition and the symptoms. Then, a physical therapist at Johns Hopkins told Jennings about dystonia.

Dystonia is a muscular condition that causes involuntary contractions and repetitive twisting movements. It seemed that Jennings had finally found a start in the right direction.

While doing her own research into dystonia, Jennings learned that certain sufferers find that some ways they walk work better than others. Walking forward for Jennings was near impossible, but walking backward seemed to present no problem, nor did walking sideways. Furthermore, she learned, some dystonia sufferers find that they can run.

“Within five minutes of seeing it on the website, she had her running shoes on,” Jennings’ husband Brendan recalled.

To everyone’s surprise, Desiree Jennings could run, and run well. And as she ran, she found the rest of her symptoms seemed to fade away.

“It’s the strangest thing,” she said. “As soon as you try to get into a running motion, you feel the whole body correcting itself.”

However, while Jennings was celebrating her newfound headway, doctors nationwide were becoming skeptical. Her description of the symptoms, and the inconsistencies of the symptoms with the known side effects of flu vaccines – specifically the appearance of her newfound accent – began to raise eyebrows in the medical community that left many wondering: Was Desiree Jennings really suffering from a neurological or muscular disease, or was there a chance she was faking it? 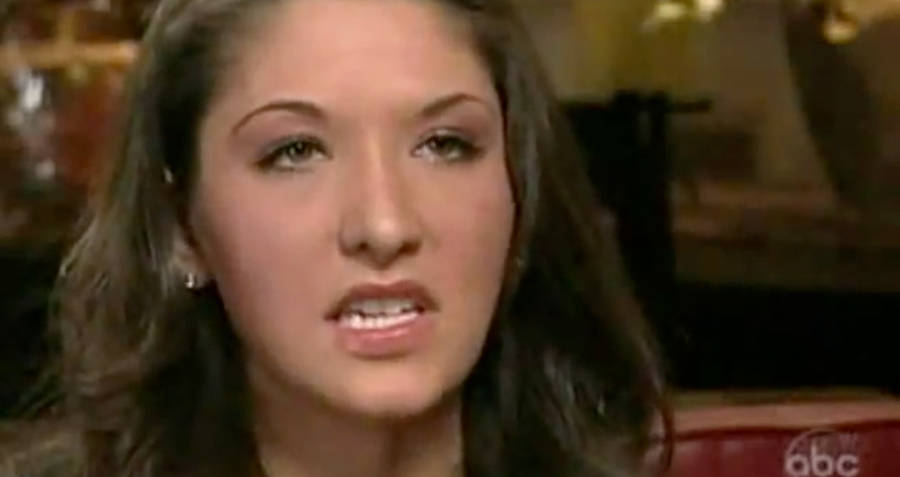 The publicity that Jennings was getting from her condition also added to the doctors’ skepticism of her condition. An interview with Inside Edition that showed the beautiful young cheerleader struggling to walk down the street but running a marathon with ease effectively created a media circus, drawing even more attention to her suspicious condition.

Following her interview, Desiree Jennings seemed to present even more symptoms. She claimed that her autonomic nervous system was shutting down and that her body wasn’t breathing on its own. Yet, doctors still had no response for what was causing her strange affliction. As a last resort, Jennings and her husband began to look into alternative medicine.

She found a doctor in North Carolina named Dr. Rashid Buttar. The doctor, who was not an MD but a DO, a doctor of osteopathy, claimed to know what was ailing her. Small amounts of mercury, Buttar said, that were present in the flu vaccine Jennings received, had poisoned her body. And, he said, he could cure her.

He hooked Jennings up to IV’s and performed an unproven, alternative treatment known as “chelation,” the chemical process of removing metals from the body. Two weeks later, Jennings seemed to be cured.

However, the public, who had been following the viral story for months by then, were noticing some strange occurrences.

First, though Jennings and Buttar both claimed that the chelation was working and she was walking normally again, as soon as the cameras (in place by 20/20 to document her miraculous recovery) started rolling, she would revert back to lurching, wobbling and being unable to walk.

Second, the theory that the mercury in the vaccine was to blame has not only been doubted but effectively proven to be untrue. Poison specialists from all over the world, including Dr. Charles McKay, a board member of the American College of Medical Toxicology, claimed that the levels of mercury in the vaccine would have been so low they would have been undetectable.

In fact, he said, she probably would have ingested more mercury by eating a tuna steak. 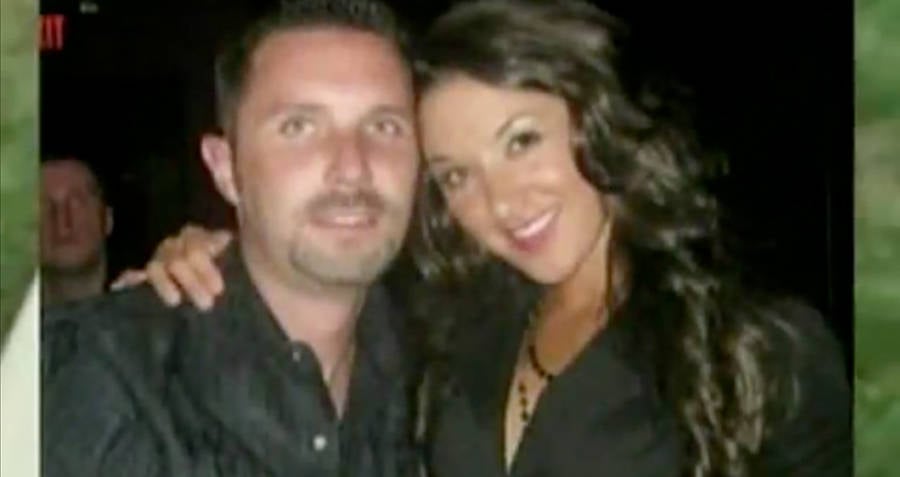 As the world watched Desiree Jennings’ viral story make the rounds, a more reliable explanation for her symptoms began to surface – rather than a neurological disease, Jennings could have been suffering from a psychogenic one.

Dr. Steven Novella, an assistant professor of neurology at Yale University, claimed that the diagnosis of dystonia was likely incorrect based on her gait and other symptoms. Furthermore, he claimed that she was more likely suffering from a psychogenic phenomenon, in which her belief that the flu shot had given her side effects manifested the side effects into reality. In other words, it was all in her head.

“Its the placebo effect on steroids,” he said. Most other doctors were in agreement.

To back up Novella’s case, Jennings herself seemed almost completely cured a few weeks later. Reporters from Inside Edition managed to track her down outside a shopping mall and noticed that she was walking and speaking fine. When they approached her with cameras, however, she immediately began wobbling when she walked and slurring her speech. When this was pointed out to her, she walked away – sideways, of course.

Jennings, however, feels the “psychogenic” description is less than helpful and more insulting. She maintains that she has never faked a single symptom and that the disease could not possibly be in her head because when she tried to tell herself to walk normally, she was unable to. 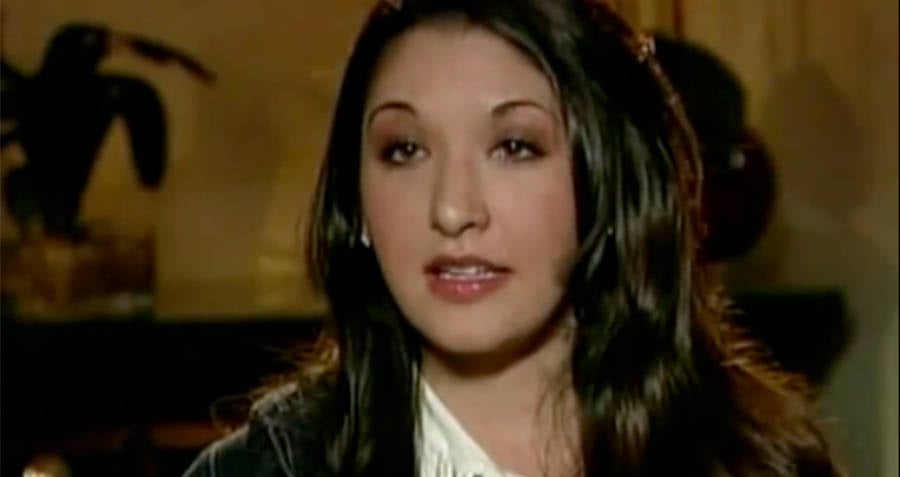 For now, the case of Desiree Jennings remains a mystery. She continued to receive treatment from Dr. Buttar, despite the fact that he was not a real doctor, and admitted that his methods were “not science.” In fact, she says she’s still looking for other forms of a cure.

“If I have to go over to China and do experimental procedures, I’ll find a way to get it all back,” she said. “It may take a while, but I will get everything back. I will find a way.”

After reading about Desiree Jennings, check out the fake doctor that infected a woman with fake butt injections. Then, check out these famous fake photos.