An Illustrated History Of The Pin-Up Girl

Behind the teasing sexiness, pin-up girls tells the story of how war, markets, and sexuality shape society and norms. 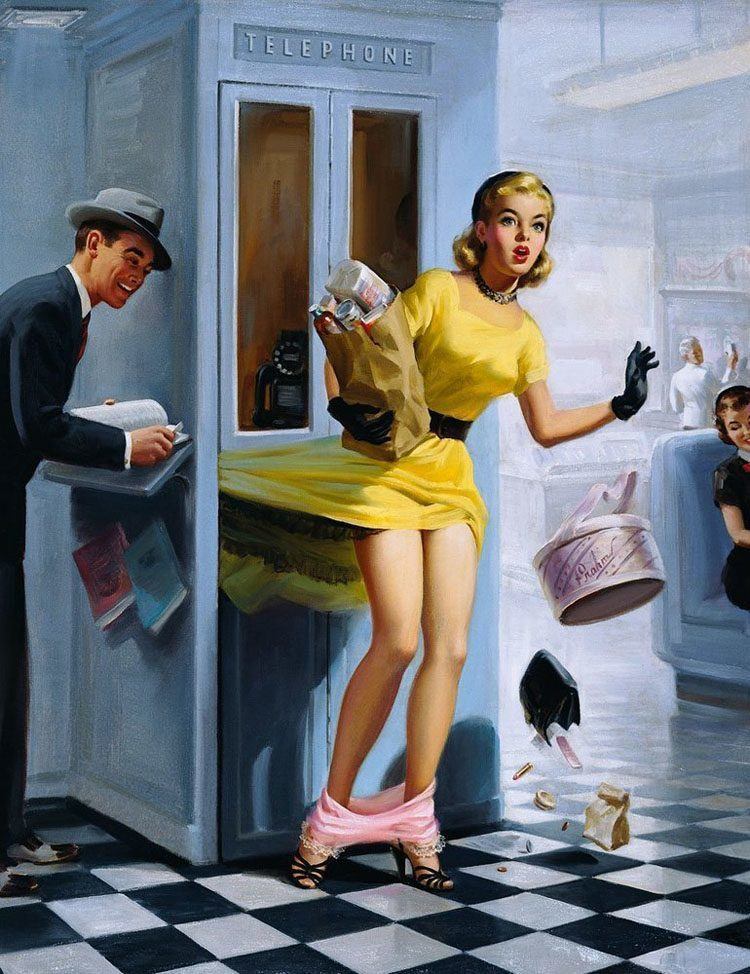 Sexy and sultry (yet typically leaving something to the imagination), pin-ups cause many of us to think of the time surrounding World War Two. But in reality, the pin-up even precedes World War One. And, bizarrely enough, it came about thanks to the bicycle.

Women on bicycles meant more than just decreased travel time; it introduced an era in which women no longer required a man’s help to get from A to B. But there was a hang up: the bicycle’s composition did not exactly make it easy for women of the 19th century–typically donning floor-length dresses and skirts–to use. Because of this, ladies started to warm to more functional and form-fitting pants, inevitably highlighting the shapes that their skirts had once concealed.

As ministers and doctors campaigned against bicycles under the pretense of “safety”–women, according to these supposed experts, could damage their fragile internal structure (as well as the possibility of seat friction causing arousal) if they rode a bike–the women’s suffrage movement adopted the freedoms that the new mode of transportation afforded them wholeheartedly.

In discarding the petticoats and ground-length skirts for bloomers, the artistic inspiration that is the female form would soon assume new roles. 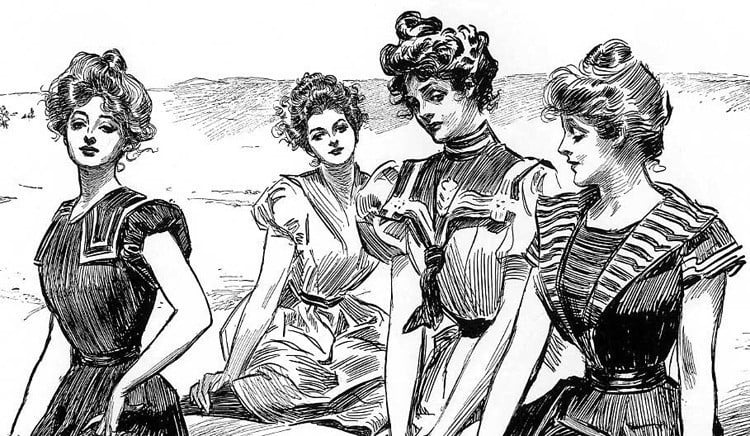 In 1895, Life Magazine illustrator Charles Dana Gibson forever changed the future of women’s fashion with images of what he saw as the personification of the feminine ideal of beauty. The renderings of well-endowed women with hourglass figures and full lips became known as the Gibson Girl, which Gibson considered to be the composite of “thousands of American Girls.”

The pictures would run in the pages of Life Magazine for the next 20 years and would inspire countless imitators. As printing technology made gains, more and more magazines featured images of this unattainable idealistic beauty. For the first time in the United States, men had an easily attainable source of feminine fantasy at their fingertips. 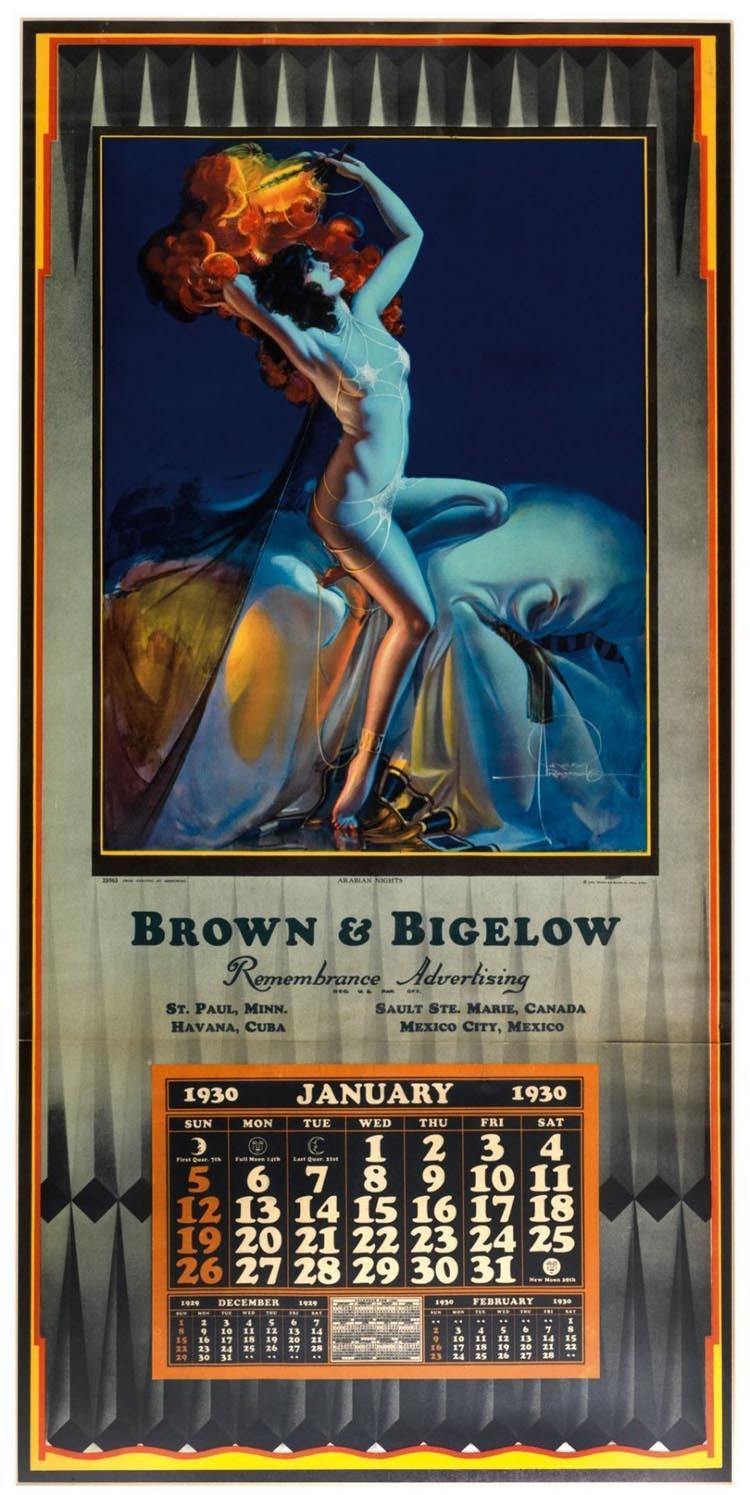 By the late 1800s, the calendar’s use had extended into advertising. While the first calendar featuring George Washington failed to make the markets clamor for more, the concept still held great promise. The 1903 birth of the “calendar girl”, Cosette, would prove this. 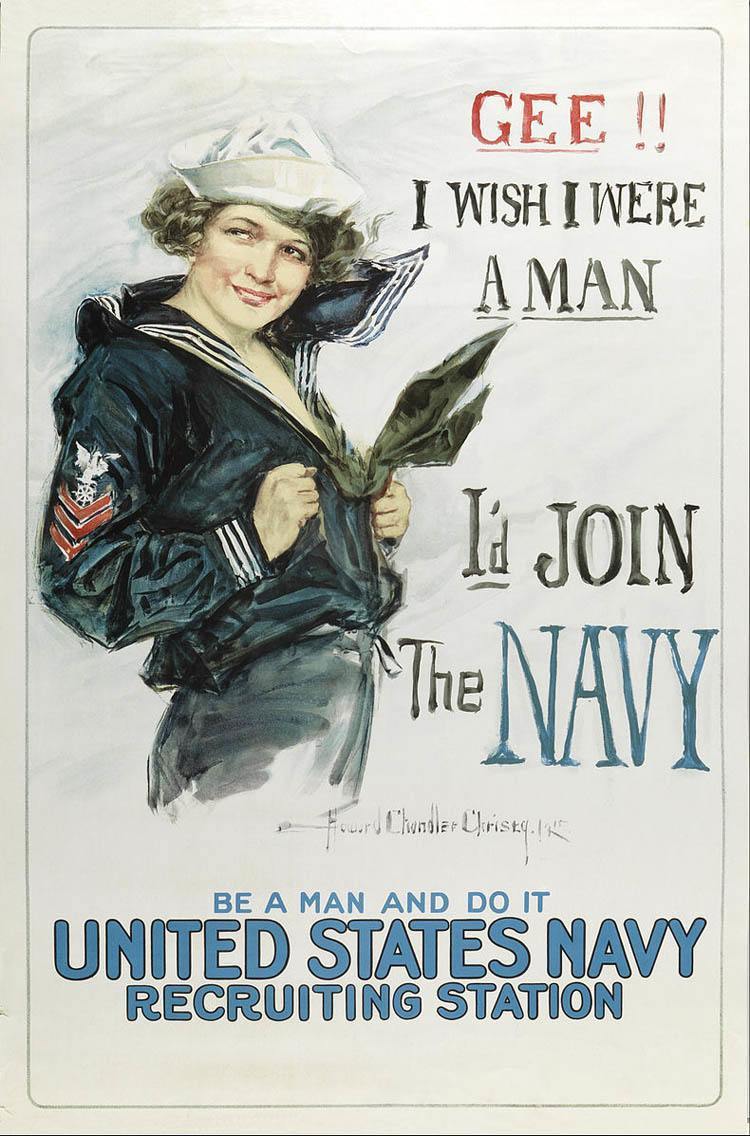 What would become the familiar pin-up began to take shape in 1917, when the Wilson administration created the Division of Pictorial Publicity during World War One. The division mobilized all media outlets in the creation of propaganda that would further the US war effort. Sex, sells, after all; and in the early 20th century, the US made it so that it would recruit, too. 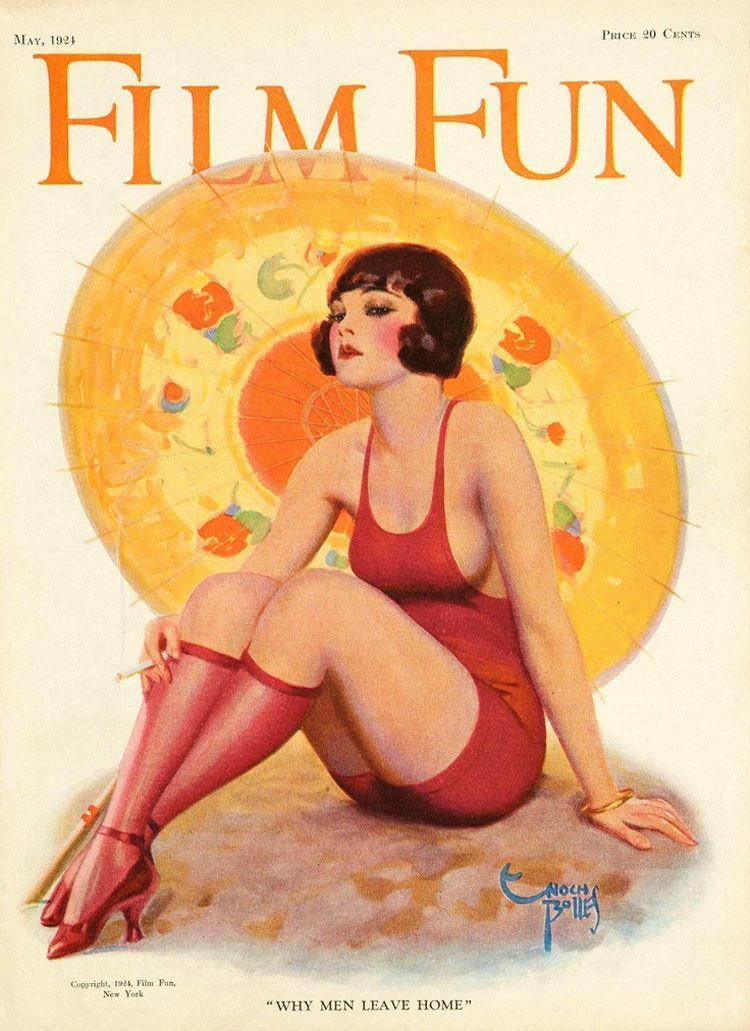 When men returned from the War, the women of the Roaring Twenties were not willing to surrender the freedom they had acquired while their husbands were away. Combine this with the overall atmosphere of rebellion that helped define the Prohibition period, and increasingly-revealing clothing mirrored an ever-opening society.

Calendar artists followed and helped shape these changes in dress and attitude: over time, the woman’s pin-up became much more teasing and flirtatious. 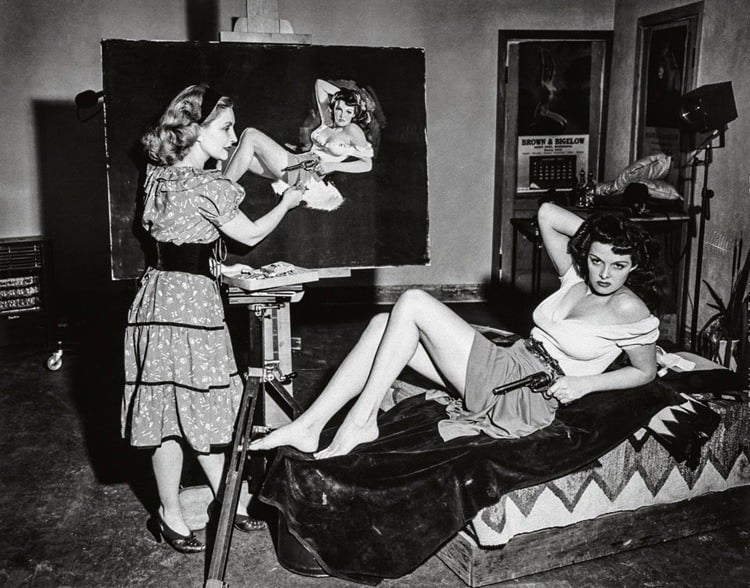 The art form’s ever-growing popularity inevitably bled into other mediums. It didn’t take long for Hollywood to jump upon the bandwagon; soon movie execs began using sexually-charged imagery to promote many of their films. 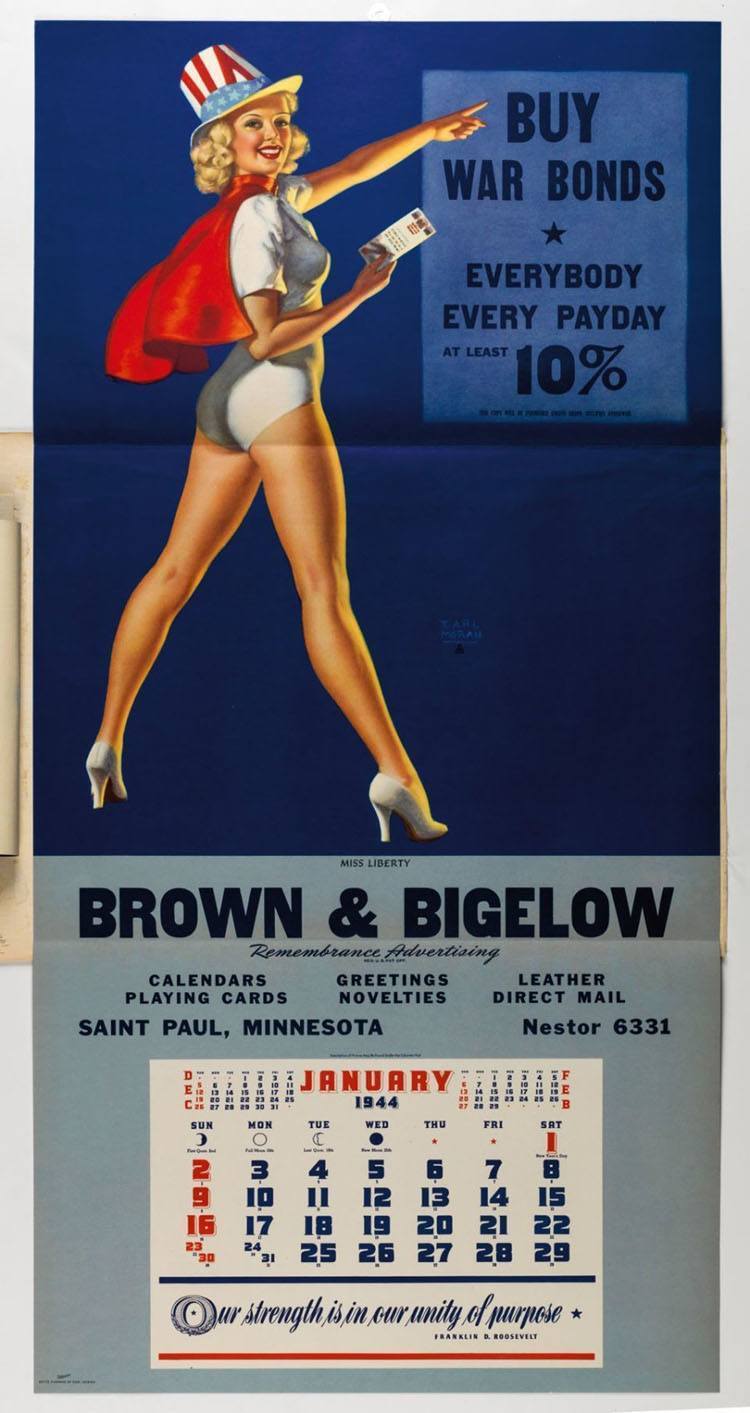 Following the Division of Pictorial Publicity’s overwhelming success, it came as little surprise that propaganda efforts would only increase as the United States became involved in World War Two. This time around, pin-ups were used in recruitment materials, posters and calendars promoting the purchase of war bonds.

Many considered this to be the pin-up’s “Golden Age”, and thousands of images were commissioned to raise soldier morale while fighting overseas. A US soldier couldn’t really go anywhere without seeing a pin-up girl: pinned in barracks, taped to submarine walls, and carried in pockets – the men of World War Two were never far away from reminders of what they were fighting for. 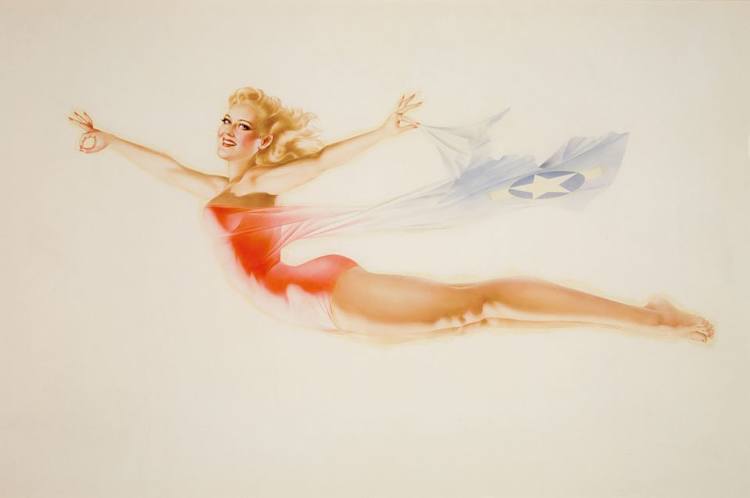 As pieces of propaganda, it makes sense that pin-ups were drenched in nationalistic symbols.

But they were also used to make normative claims about what an “ideal” woman did: when the pin-ups themselves were not adorned in red, white and blue, they were seen going through their daily housekeeping duties. Whatever the activity, though, it was always done in a cheeky manner. 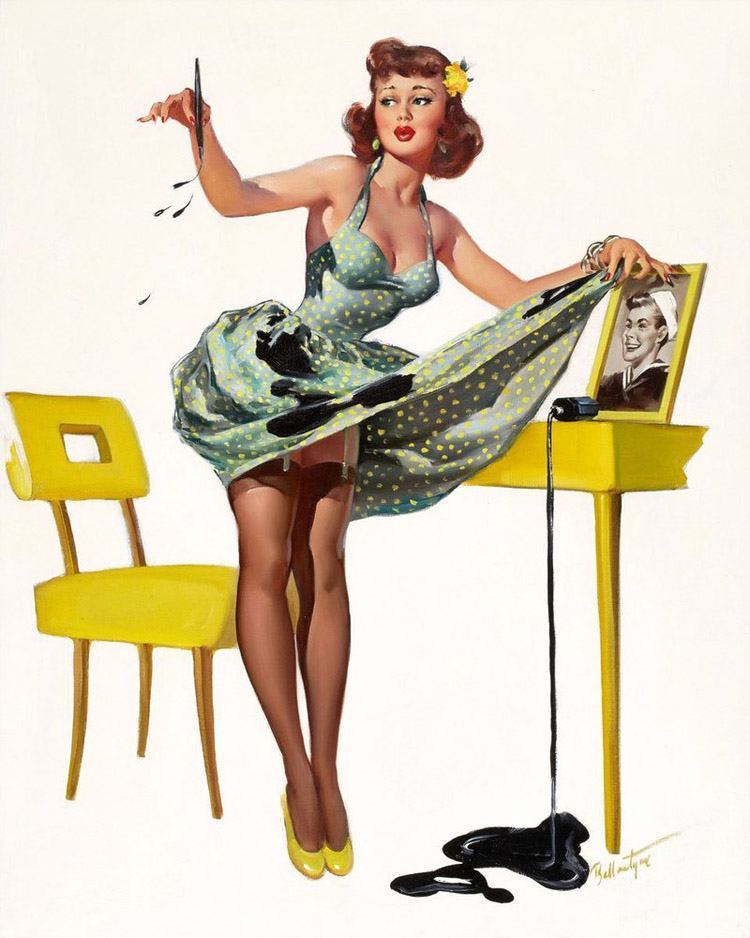 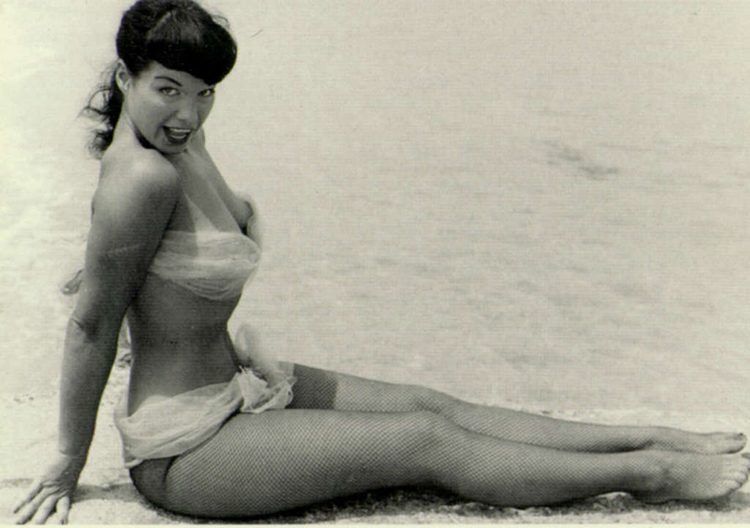 Probably the most famous pin-up of them all, Bettie Page is highly credited for pin-up’s successful transition from illustration to photography. Beginning as a model for camera clubs, Page’s popularity quickly escalated, with her face appearing in countless magazines and calendars.

To this day, she is considered to be the most photographed and collected woman in history. 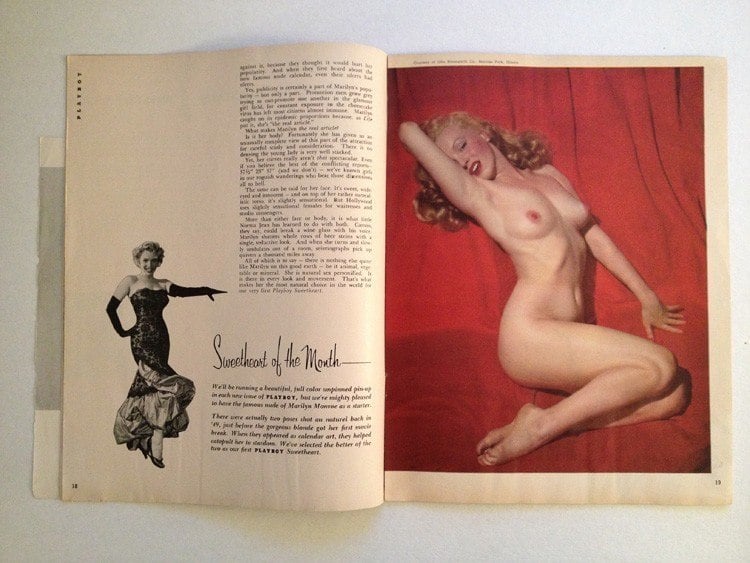 With the launch of Playboy Magazine in 1953 (and the centerfold pictorial of the soon-to-be superstar Marilyn Monroe), Hugh Hefner successfully modeled his own publication around the image of the pin-up girl. Knowing the future was photography, he pushed the limits further and further in the growing medium. 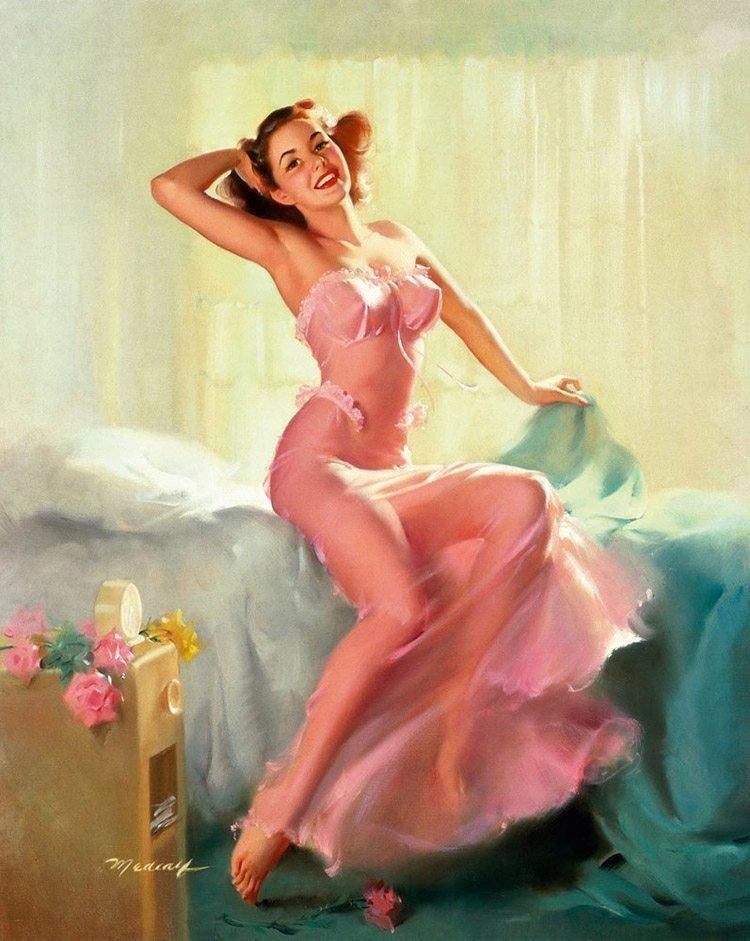 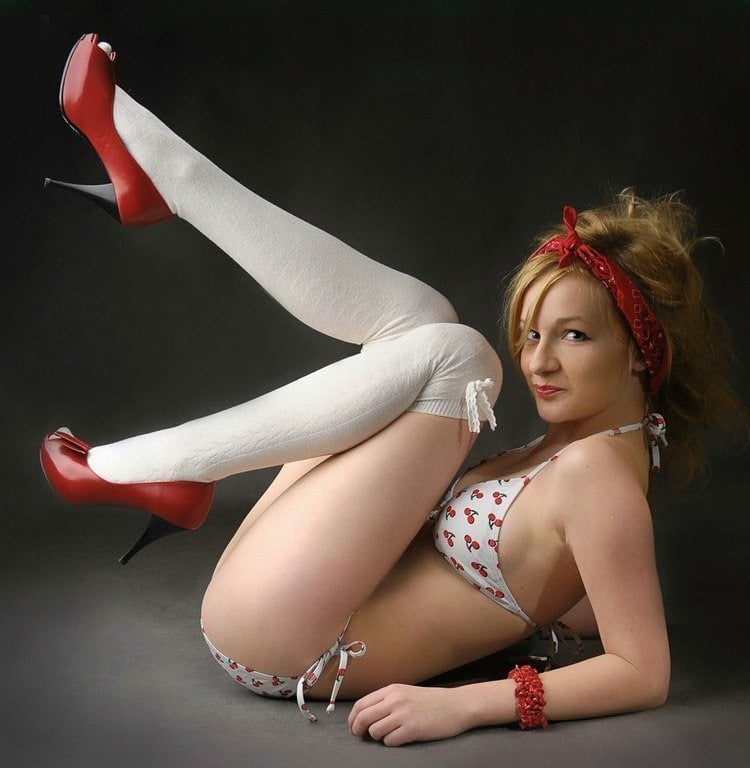 As “retro” becomes a point of interest and inspiration for many today, the pin-up’s popularity is on the rise again. Entire websites are dedicated to the genre, with models of all shapes, sizes, and ethnic backgrounds carrying the tradition into the future. 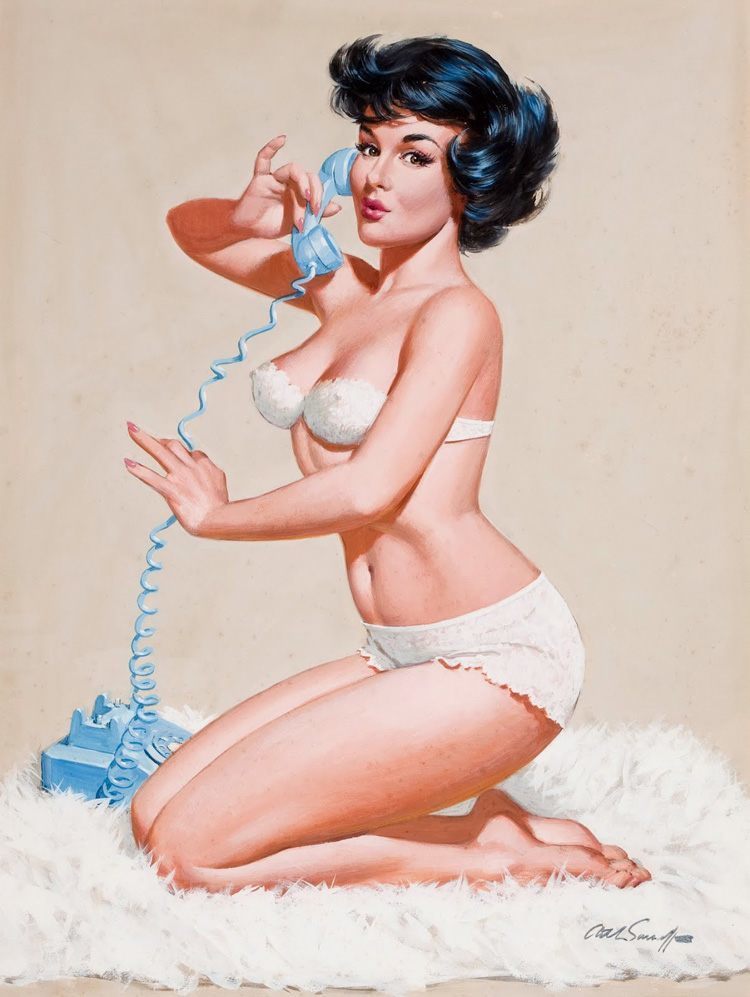 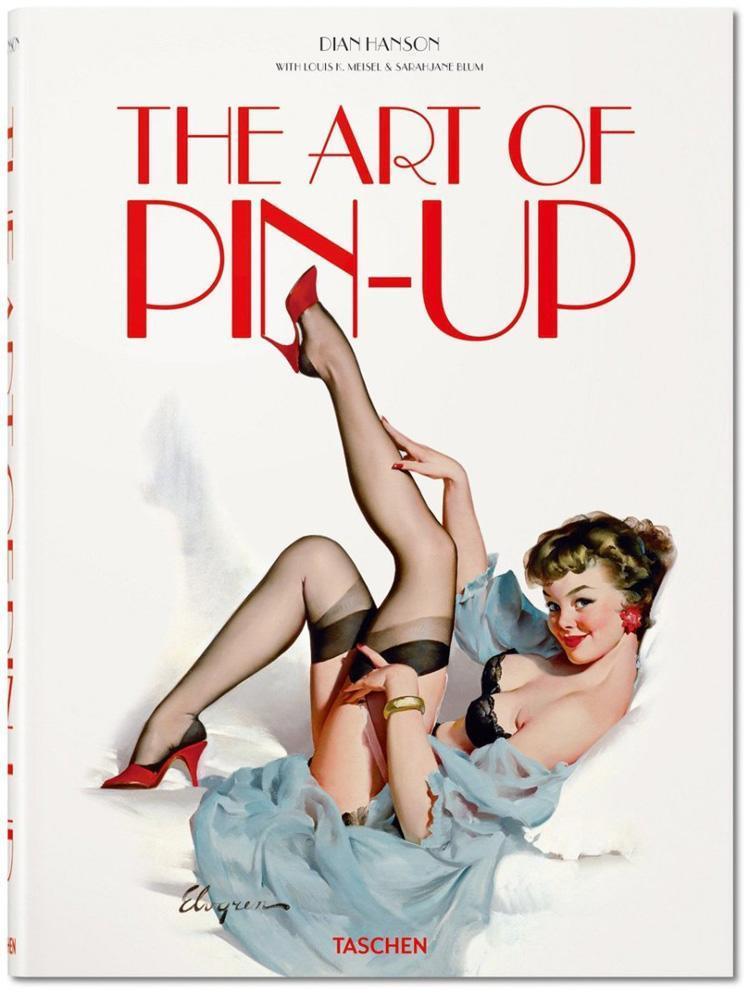