Drawn on gazelle skin parchment, the Piri Reis Map is based on about 20 other maps, some of which were created by Christopher Columbus. 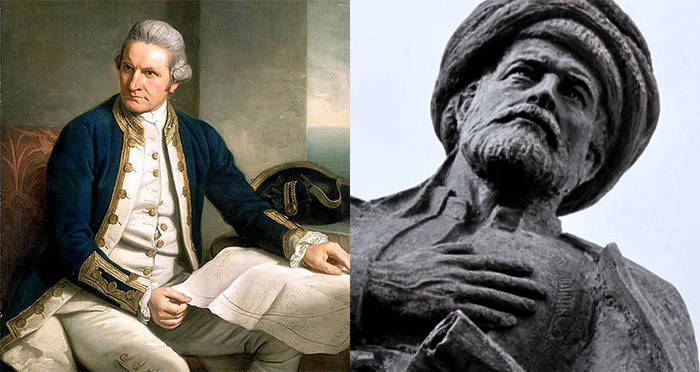 In 1773, explorer James Cook passed through the Antarctic circle for the first time. Cook and his crew discovered a land that had, until then, remained a mystery. While this expedition remains the official “first discovery” of the continent, a map was discovered in 1929 that suggests otherwise.

The chart was originally discovered in Istanbul, Turkey. While German theologian Gustav Deissmann was cataloging the contents of Istanbul’s Topaki Palace’s library, he and the palace director came across bundles of maps and charts hidden within piles of disregarded materials. He quickly realized the importance of this find and brought it to an expert.

Immediately, it was identified as the Piri Reis map, named for the medieval cartographer Piri Reis, who signed the bottom. Even more interesting, however, was what the map seemingly identified. Along with the usual land masses, there was another one — Antarctica. However, the continent had only been discovered 200 years earlier, so what was it doing on a map from 1513?

The History Of The Piri Reis Map

In 1513, Ottoman-Turkish admiral, geographer, and cartographer Piri Reis created a map of the world as it was known up until that point. Piri claimed in an inscription that the chart was based on about 20 other maps, in Portuguese, Spanish, and Arabic, and including some drawn by Christopher Columbus of the New World.

In 1517, Piri presented the Piri Reis map to the Ottoman Sultan Selim I, along with several other maps and charts. At that point, the Sultan believed it to be one of the most complete maps in the world, due to the fact that it was based on multiple other charts.

An inscription at the bottom reads:

“From eight Jaferyas of that kind and one Arabic map of Hind [India], and from four newly drawn Portuguese maps which show the countries of Sind [now in modern day Pakistan], Hind and Çin [China] geometrically drawn, and also from a map drawn by Qulūnbū [Columbus] in the western region, I have extracted it. By reducing all these maps to one scale this final form was arrived at, so that this map of these lands is regarded by seamen as accurate and as reliable as the accuracy and reliability of the Seven Seas on the aforesaid maps.”

The Piri Reis map is drawn on gazelle skin parchment. Measuring roughly 35 by 24 inches, the map is currently in pieces, but the surviving ones show different pieces of the world as they appeared to cartographers in 1513.

Along with most of the usual pieces of land, the Piri Reis map also shows one that’s more interesting. Along the bottom section, the map appears to show the northern coast of Antarctica. However, according to almost all historians, the continent hadn’t been discovered until 1733. Even more interestingly, the continent is connected to South America and doesn’t seem to be covered in ice.

One historian, Captain Lorenzo W. Burroughs, a U.S. Air Force captain with a background in cartography, claims that the depiction of Antarctica is accurate and that it looks like the continent before it was covered in ice:

“The Princess Martha Coast of Queen Maud Land, Antarctica, appears to be truly represented on the southern sector of the Piri Reis map,” he wrote in a letter. “The agreement of the Piri Reis map with the seismic profile of this area made by the Norweigan-British-Swedish expedition of 1949 … places beyond a reasonable doubt the conclusion that the original source maps must have been made before the present Antarctic ice cap covered the Queen Maud Land coasts.”

As for why Antarctica would be connected to South America, another historian has an answer.

Dr. Charles Hapgood, the professor and historian that Burroughs had sent his letter to, claimed that in the past coastlines were exaggerated in size in order to make details easier to see. In the name of these details, coastal accuracies were often overlooked, resulting in continents that seemed more connected.

Of course, both of these explanations assume that the land on the map is Antarctica. They describe the presence of the yet-undiscovered land as ancient explorers passing the knowledge down through maps, rather than recorded scientific explanations.

In contrast, other cartographers have suggested that the land mass could simply be an island and use Hapgood’s explanation that sizes were distorted as their proof.

After learning about the Piri Reis map, check out the discovery that suggests humans lived in North America 115,000 years earlier than believed. Then, read about the skulls that show what humans looked like 9,500 years ago.