South African park rangers found but the skull and pants of the unfortunate poacher after his family contacted authorities on a tip from his accomplices. 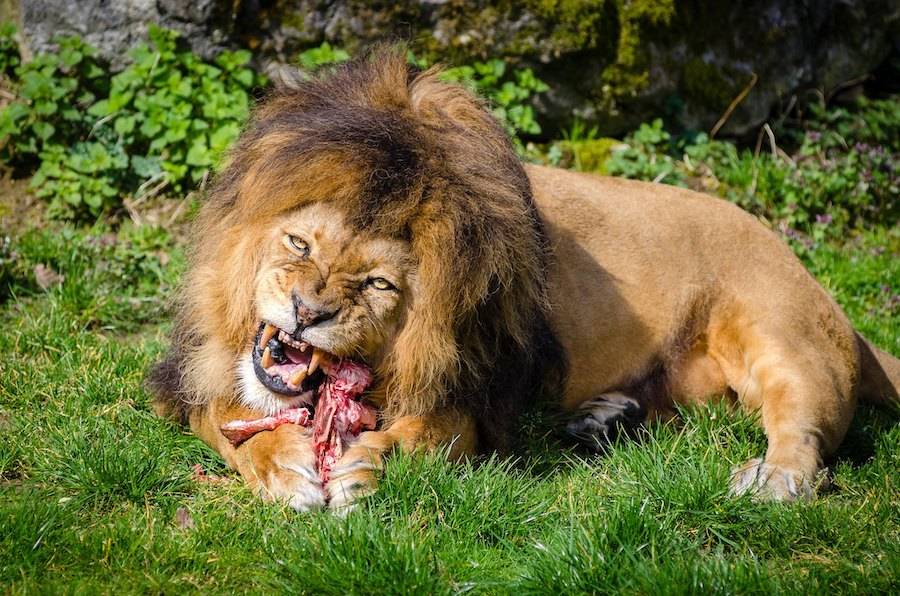 Mathias Appel/FlickrThe remains of a suspected rhino poacher were found on the grounds of South Africa’s Kruger National Park after being devoured by lions.

In a sick twist of fate that is both tragic and karmic, a suspected rhino poacher was crushed to death by an elephant before he was devoured by a pride of hungry lions. The incident happened in South Africa’s Kruger National Park.

According to a statement released by the South African Police Service, local authorities were alerted to the poacher’s tragic death by his family. They had initially been contacted by the poacher’s three accomplices who were with him when the man was trampled by an elephant.

The remaining group of poachers had told the man’s family about the incident so that the dead poacher’s body could be collected.

Following the family’s report to Kruger National Park authorities, the park’s rangers launched a search party on foot of the park grounds. According to the Daily Mail, the Kruger National Park Air Wing also searched for the victim’s body from a bird’s eye view but had to return to base due to loss of light.

It took two days before park rangers were able to uncover what was left of the victim.

“Indications found at the scene suggested that a pride of lions had devoured the remains leaving only a human skull and a pair of pants,” Skukuza Regional Ranger Don English said. He added that the poacher’s remains were found not far from the park’s Crocodile bridge section.

#sapsMP Komatipoort: A human skull found in the Kruger National Park (KNP) is believed to be that of a man reportedly killed by an elephant while poaching with his accomplices on 01/04; duo arrested, rifles & ammo seized. MEhttps://t.co/XXsXpJqTjA pic.twitter.com/4Oye38Eddh

The Reserve’s Managing Executive Glenn Phillips released a statement after the discovery reminding the public and would-be poachers alike how dangerous the animals in the park can be.

“Entering Kruger National Park illegally and on foot is not wise, it holds many dangers and this incident is evidence of that,” Phillips said in the statement. “It is very sad to see the daughters of the deceased mourning the loss of their father, and worse still, only being able to recover very little of his remains.”

And what became of the dead poacher’s surviving partners in crime? The local police force launched a joint intelligence-driven operation in search of the fleeing accomplices. The three men, aged between 26 and 35, were subsequently found and arrested in the Kamhlushwa and Komatipoort precincts. The South African Police Service was able to seize two hunting rifles and ammunition from the arrests.

The poaching suspects had appeared yesterday at the Komatipoort Magistrate’s Court facing multiple charges, including possession of firearms and ammunition without a license, conspiracy to poach, and trespassing.

As the continent’s largest game reserve, Kruger National Park continues to suffer from major issues regarding wildlife poaching. The latest penalties announced by the Ministry of Environment and Natural Resources for the poaching of wild animals is a fine of $120,000 for the killing of either Black rhinos or regular rhinos, also known as square-lipped rhinos. 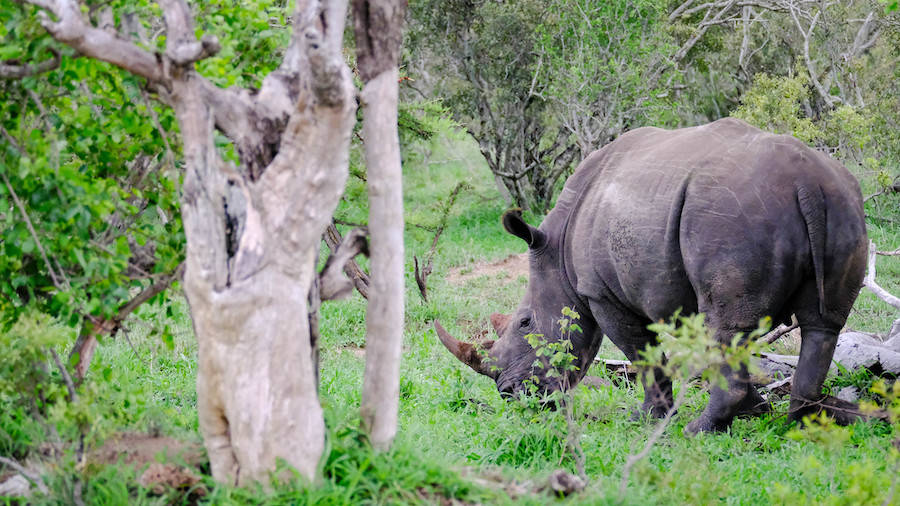 But like many other places in Africa where severe legal punishments have not deterred hunters and poachers, these hefty fines and prison sentences are not enough to protect the park’s wildlife.

But in the last decade or so, the animal has experienced a significant decline in population because of poaching. The number of rhinos poached yearly is estimated to be as many as 1,000.

While some poachers have been caught and given lengthy prison sentences for their crimes against nature’s increasingly vulnerable wildlife, the middlemen and criminal syndicates who keep the poaching game alive have mostly gone unpunished.

Next up, read about a similar account where another poacher was killed and devoured by lions in the same national park. Then, learn how Indian park rangers are drastically reducing the number of rhino poaching in the country.