The United States of America has a grim past regarding cop violence. This new study urges us to focus on more factors than race when looking at fatal shootings. 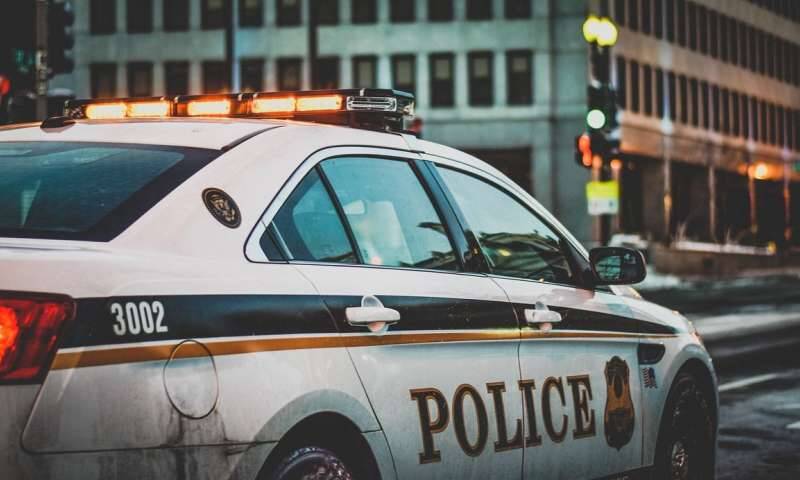 CC0 Public DomainThe race of a cop does not predict the race of a victim in a fatal shooting, according to this study.

If you’ve kept up with the avalanche of heartbreaking media reports regarding police violence against people of color in the United States, you’ve likely targeted your harbored anger against any white police officer you’ve come across.

That’s because it’s commonly believed that white officers are more likely to act off racial bias when confronted with a minority civilian in a violent situation than a non-white officer is. A new study by Michigan State University (MSU) and the University of Maryland (UM), however, aimed to test whether or not this is true.

This question proved important for the study’s authors because a common solution to stopping police violence against minority citizens is often to hire more non-white cops.

The consequent research by co-author and MSU psychology professor Joseph Cesario was published in the Proceedings of the National Academy of Sciences.

Ultimately, the research — and whether it’s built on fact and integrity — should lead you to your own conclusions. 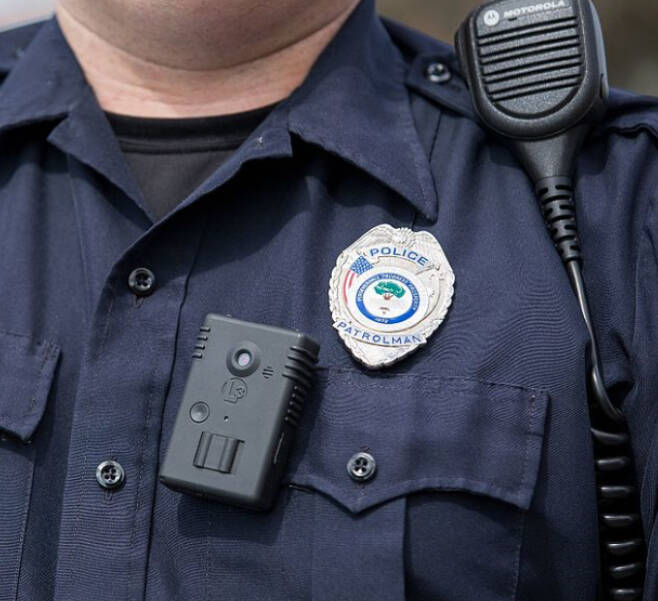 Wikimedia CommonsThe standardization of body cameras on police officers was intended to deter the use of excessive force, but a 2017 study found it had nearly no impact at all.

The subject has long been inherently controversial: most of us believe there’s an epidemic of preventable killings against innocent minorities on behalf of the police. Others feel that media sensationalization has simply made it appear as such.

According to an interview Phys, Cesario believes that “Until now, there’s never been a systematic, nationwide study to determine the characteristics of police involved in fatal officer-involved shootings.”

It’s important to note that Cesario is in no way claiming that there aren’t white police officers who have shot and killed people of color out of racial bias. Rather, he is trying to show through research that white officers are not any more likely than a non-white officer to shoot a citizen simply because of their race.

They then recorded the race, sex, and years of experience for every officer involved in every incident. To top it off, they sifted through databases regarding police shootings from media outlets like The Washington Post and The Guardian.

One of the many unnecessary, horrific police shootings that have left unarmed civilians dead.

There’s both good news and bad news to this discovery. The silver lining, should this data reflect day to day reality, is that it isn’t the racial bias of white cops relative to black cops that impacts fatal shootings.

The bad news is that a common agreed-upon policy change — hiring more cops of color to reduce fatal shootings — doesn’t appear to be a solution based on this data. Should this research prove accurate, it’s simply a band-aid for a skewed perspective.

Johnson said this notion was of primary concern because countless academics, particularly in his own field of psychology, do insist that the race of the officer severely influences fatal shootings. In turn, the media has focused excessively on only those cases — making the rare instances it does affect those shootings seem like the lion’s share.

“I think that you see that in reporting on individual shootings, where they’ll mention the race of the officer,” Johnson told NPR. “And the reason that they mention that is because it’s perceived as being relevant. So what we did was, for the first time, tested that assumption.”

Johnson explained that this study isn’t meant to deny the role of race, but rather, narrow down where race affects policing. He also said that the research raises questions regarding whether this band-aid of hiring more cops of color is even a solution to fewer black people getting shot.

It’s important to remember that that is, after all, what any sane American wants — fewer innocent people getting killed by those meant to protect us.

An ABC News segment covering the police shooting of an unarmed black man. The study claims media coverage such as has created a false perception of how common these incidents are.

Thus, these heartrending incidents of accidental shootings (such as when an officer mistakes a phone for a gun) are not actually the norm based on this data — no matter how often they’re filling national airwaves.

Again, this is not to say that there aren’t racist police officers who have made choices based off of their own hateful bias.

“We hear about the really horrendous and tragic cases of police shootings for a reason: they’re awful cases, they have major implications for police-community relations and so they should get attention,” said Cesario.

“But, this ends up skewing perceptions about police shootings and leads people to believe that all fatal shootings are similar to the ones we hear about. That’s just not the case.”

The case could be that there are instances of mental illness amongst cops that do fuel their violence. “It was truly striking and we didn’t recognize just how many there were,” added Cesario. “This shows how under-appreciated mental health is in the national discussion of fatal officer shootings.” 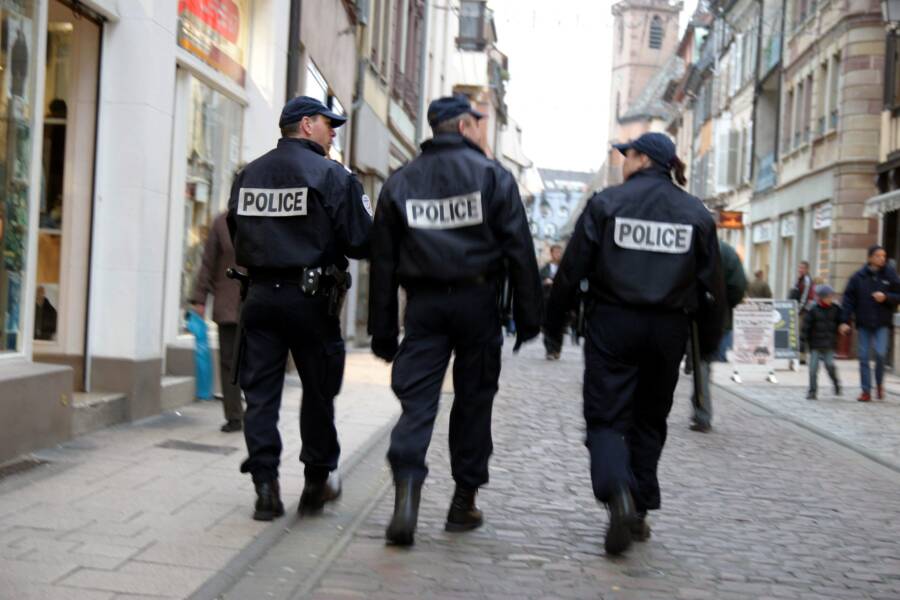 Indeed, the study certainly has its share of critics, including Philip Atiba Goff, an established researcher of race and criminal justice and co-founder of the Center for Policing Equity.

Goff said that, while impressed by and appreciative of the fresh approach to these statistics through gathering unprecedented data, the researchers didn’t come up with enough of a conclusion.

“It doesn’t do very much to move us towards an understanding of how much are police responsible for racial disparities. And the things it does sort of lead us to are things that we already knew.” 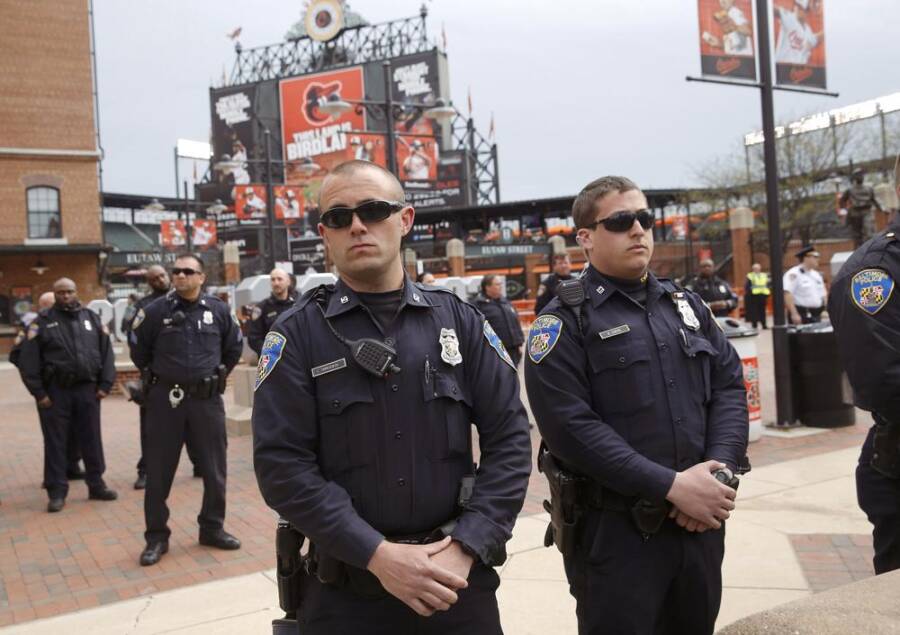 Wikimedia CommonsAccording to a new ACLU Maryland report, 109 people died in the state in police encounters between 2010 and 2014. Two-thirds, or 75 people, were black. Maryland’s overall population, the report notes, is 29 percent black.

“Racism is not a thing that white people can have and black people can’t. And nobody’s research would suggest that it does. That’s a really wild premise based in no research that no serious scientist should be able to say out loud and then get it published.”

Ultimately, finding common ground in such a sensitive and important issue is a heartening first step — because we all want this needless violence, no matter how rare or ubiquitous, to stop.