Forty percent of Americans can't pay for basic needs like food, housing, or healthcare. And so one industry has stepped in to harvest the most valuable thing they've got: blood. 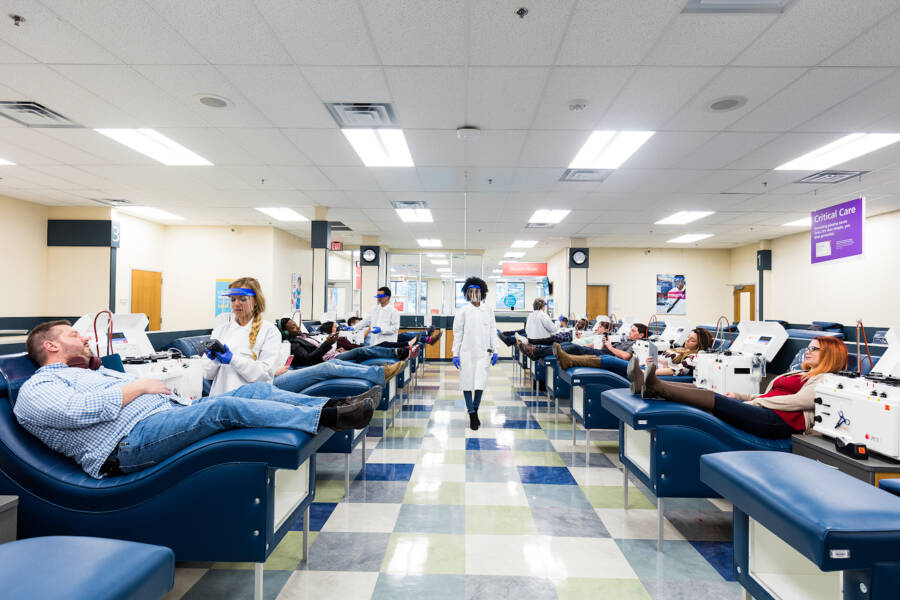 CSL PlasmaA promotional image from CSL Plasma, one of the most successful corporations in the industry.

The United States of America was once a titan of industry, where manufacturing and technological advancements rocketed the economy to unfathomable heights. Unfortunately, those days are long gone, as about 40 percent of Americans say they struggle to pay for food, housing, utilities, or healthcare.

According to MintPress News, things have gotten so dire that many poor and working class Americans have resorted to selling their own blood in order to make ends meet. And the global market — headed by a few “vampiric corporations” — is happy to “literally suck the life out of them.”

Supply and demand has seen the number of collection centers more than double since 2005. In fact, blood now makes up more than 2 percent of total U.S. exports by value — more than corn.

It is legal to donate plasma up to two times a week, for around $30 each time. 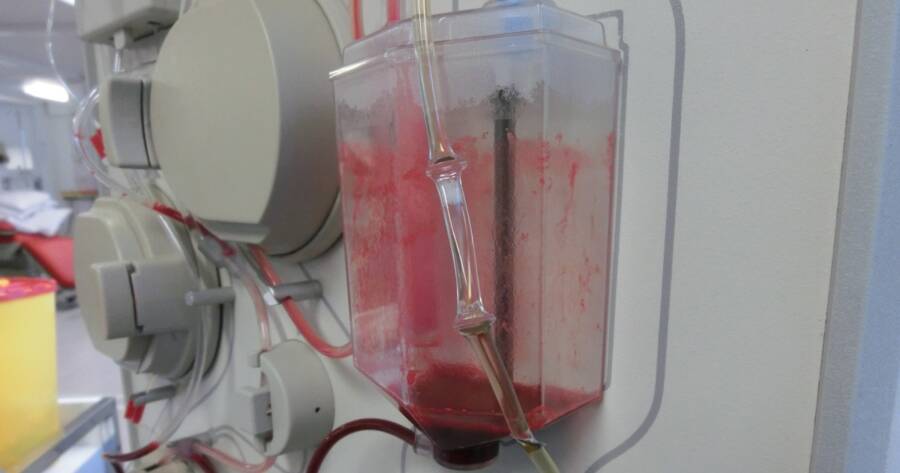 Wikimedia CommonsOne study found that most blood donors in Cleveland get more than a third of their income from selling their own blood.

The U.S. supplies a whopping 70 percent of the world’s plasma, mainly because it’s illegal to harvest it in most other countries. Germany buys about 15 percent of America’s exported supply, while China and Japan are also big buyers.

Between 2016 and 2017, Americans sold so much of their own blood to collection centers that exports increased by more than 13 percent — to $28.6 billion. Clearly, buying and selling blood is one of the few thriving industries remaining in this country.

Plasma is one of the most invaluable substances one could give another human in need, especially those with anemia or cancer. The golden liquid helps transport essential proteins, as well as red and white blood cells, around the body.

It is routinely required to successfully perform surgeries, particularly for transfusions for pregnant women who lost too much blood during childbirth. While the plasma and its donors themselves are vital and generous, corporations such as Grifols and CSL are in it for the money — with ruthless indifference. 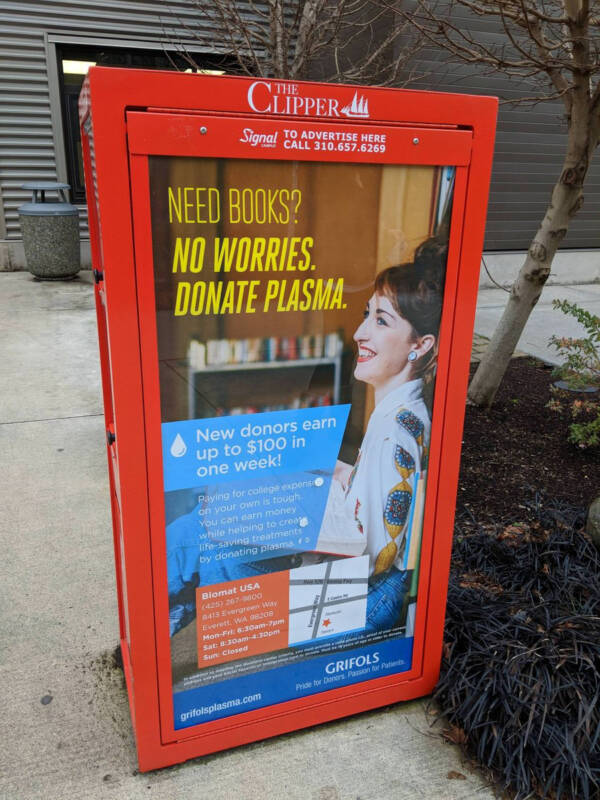 TwitterAdvertisements for blood donation like this are commonly seen in cities throughout the U.S.

“I don’t like the idea of selling my blood plasma for money, but I have to do what I’ve got to do,” said one donor in Kalamazoo, Michigan.

According to WSWS, one study found that most donors in Cleveland get most of their income from donating blood. While it’s certainly a voluntary act, increasing cost of living and narrowing opportunities seem to be forcing donors into submission. Michigan is no different.

“There’s a whole profit scheme,” said Izzy, a Western Michigan University student. “They give us so little, but they get so much… They want your plasma because it’s expensive. But they don’t want to pay you, so they go to the poorest places and pay the least amount they can.”

With nearly half of the country broke and more than half living paycheck to paycheck, it’s easy to see why people turn to blood.

i see we've moved on to the "harvesting the blood of the poor" stage of late capitalism pic.twitter.com/ssOf8xBtUp

“The massive increase in blood plasma sales is a result of an inadequate and in many places non-existent cash safety net, combined with an unstable labor market,” explained University of Michigan professor H. Luke Schaefer. “Our experience is people need the money, that’s the primary reason.”

Unfortunately, the process they undergo to get that money is utterly dehumanizing. Donors are first publicly weighed to ensure they’re heavy enough to give blood. Obese people are thus worth more to these companies, as the risk on behalf of corporations sinks as their weight rises.

“They definitely turn you into a product in a very literal sense,” said Andrew Watkins, a Pittsburgh native who donated his blood consistently for 18 months. “It’s deeply exploitative and a symptom of just how far gone capitalism is.”

In the end, it’s hard to deny that this industry was rooted in common sense generosity, but has fallen into the hands of indifferent corporations taking advantage of an unstable economy. As usual, the poor and disenfranchised seem to be suffering the most.

After learning about the blood of poor Americans now comprising 2 percent of total U.S. exports, read about the man who saved more than two million babies by donating blood. Then, witness how the Great Depression impacted New York City.