The rare operation was meant to stabilize the man's irregular testosterone levels, make his genitals feel more comfortable, and allow him to have biological kids. 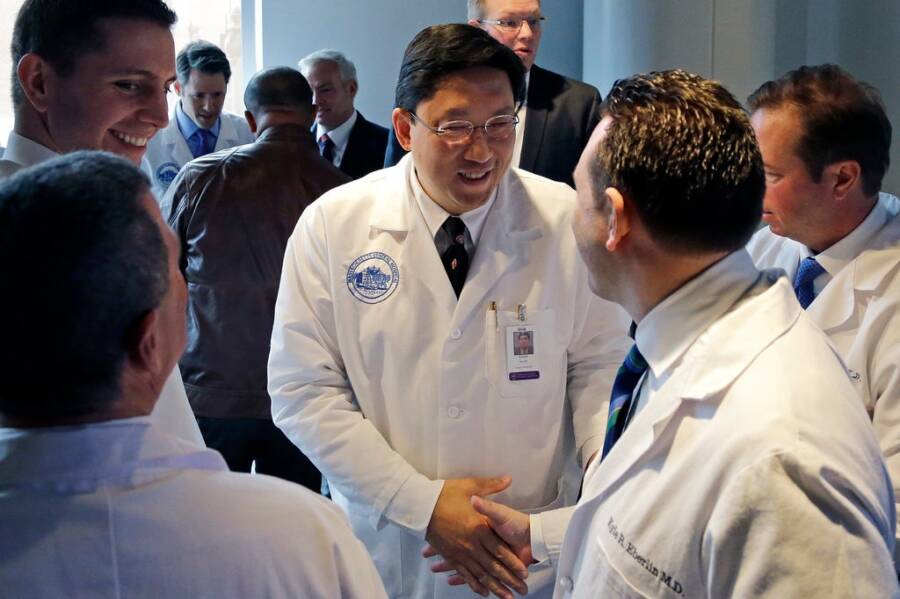 Elise Amendola/Associated PressDr. Dicken Ko, who helped perform the first penis transplant in the U.S. in 2016, was part of the team that performed the testicle transplant.

A team of international surgeons in Serbia performed a rare testicle transplant between identical twins, since one of them was born without any. It was the third known procedure of its kind to have ever been done.

According to the New York Times, the testicle transplant was completed in six hours at a hospital in Belgrade, Serbia and was done to help stabilize testosterone hormone levels in the receiving twin. Hormone injections simply weren’t doing the trick.

As a plus, the testicle transplant has made the man’s genitals feel more natural and comfortable, and — more importantly — allowed him to father biological children.

Because the patients were identical twins with the same genetic makeup, if the receiving twin were to have children, they would bear his genes.

But there was still a catch. Surgeons couldn’t find the tissue in the recipient’s body that was needed to reconstruct the vas deferens, which carries sperm out of the testicles. So for now, he will not be able to father children in the traditional way.

If he wanted, he could still have kids via in vitro fertilization by extracting his sperm. Technically, he could also use his twin brother’s sperm, since their DNA would be the same anyway. As for the donor twin, who already has children of his own, he isn’t expected to have any issues with fertility despite now having only one testicle. 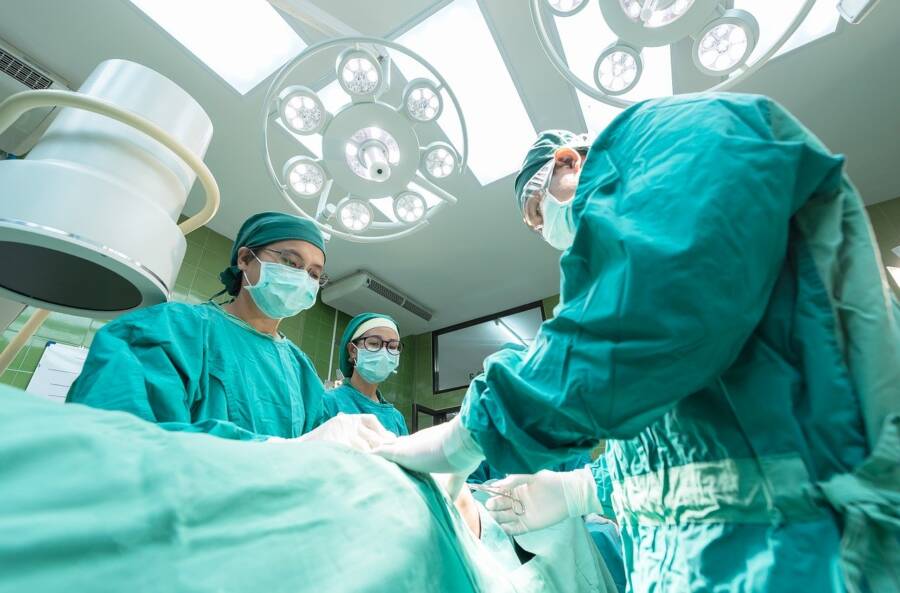 PixabayTesticle transplants remain controversial due to the ethics behind the recipient’s ability to parent a child with someone else’s genes.

The delicate procedure involved sewing together two arteries and two veins that were less than 2 millimeters wide. The team had to work against the clock since the removed testicle had to be reattached within two to four hours of it being cut off from the body’s blood supply. Without fresh blood, a testicle remains viable for only four to six hours.

It typically takes anywhere between 30 minutes to an hour for doctors to reconnect each of the four tiny blood vessels inside the testicle, but it took the skilled surgical team just two hours to get this done. Doctors said that both twins were recovering well after the operation.

“He’s good, he looks good, his brother looks good,” said Dr. Dicken Ko, a transplant surgeon and urology professor at Tufts University School of Medicine, who helped with the operation. The hours-long procedure was performed on Tuesday of last week, and by Friday the receiving twin was already showing normal levels of testosterone in his body.

Dr. Ko worked alongside an impressive team of surgeons which also included Dr. Branko Bojovic, an expert in microsurgery at Harvard Medical School. The two had previously worked together on another complex surgery when they completed the first-ever penis transplant in the U.S. three years ago.

They were led by Dr. Miroslav Djordjevic, who specializes in urologic reconstruction and sex reassignment surgery at Mount Sinai Hospital in New York and at the University of Belgrade. The siblings had reached out to him after he successfully performed a uterus transplant between twin sisters, enabling the recipient to give birth.

The absence of testicles remains an exceedingly rare condition and there have been only two other testicle transplants — both of them also performed on twin brothers.

Testicle transplants remain rare for a number of reasons, chief among them is the ethics behind parenting a child that is genetically someone else’s when the procedure is not done between twin siblings with the same genetics. 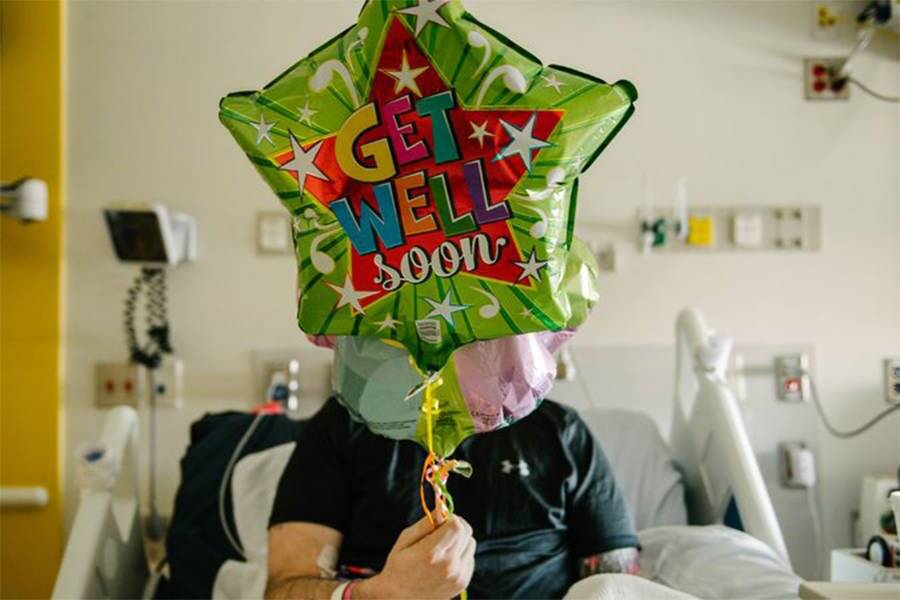 “Then the offspring is technically whose child?” Dr. Ko posed. “It raises much debate in the literature of medical ethics.”

Just last year, surgeons at Johns Hopkins Hospital transplanted a penis and scrotum onto a young soldier who had been wounded from an IED explosion in combat. But the operating team intentionally left out the testicles due to the controversial ethics that still surround the procedure.

“That injury, I felt like it banished me from a relationship,” the young vet said. “Like, that’s it, you’re done, you’re by yourself for the rest of your life. I struggled with even viewing myself as a man for a long time.” The patient has since made a full recovery.

Although the ethics of such non-life-saving medical operations continue to be debated among medical professionals, testicle transplants clearly pose their own benefits for patients, especially for those who are transgender, accident survivors, injured veterans, or suffer from testicular cancer.

Now that you’ve read about the rare testicle transplant between twin brothers, learn about the first African American man to receive a full face transplant. Then, read how four people were diagnosed with breast cancer after they received transplants from the same organ donor.