The veteran was injured in an IED blast several years ago. Now, he's getting a new lease on life. 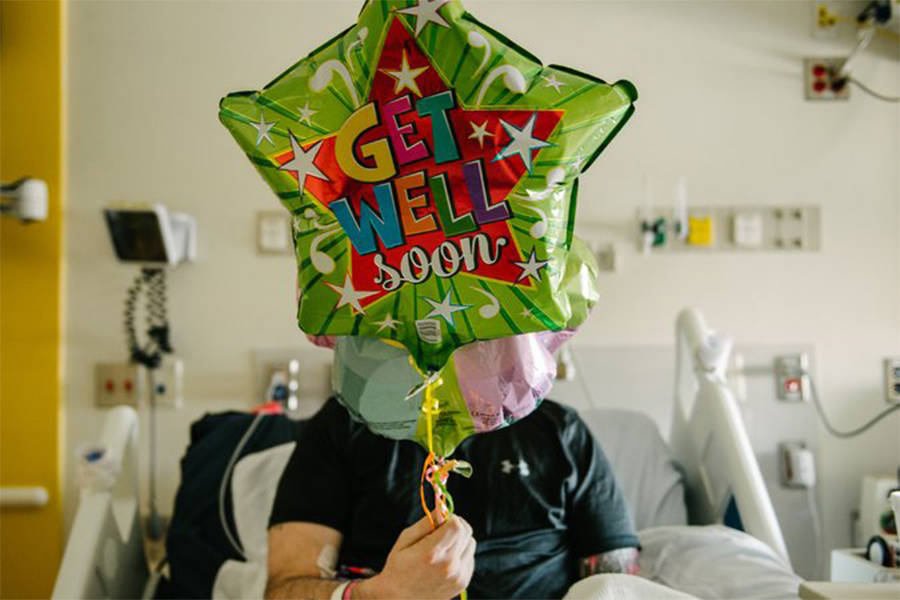 The New York TimesThe veteran, who asked to remain anonymous due to the stigmas surrounding genital surgery, is expected to make a great recovery.

A U.S. Military veteran has received a groundbreaking total penis and scrotum transplant surgery, the first of its kind to take place in the world.

Several years ago the veteran, who has asked not to be mentioned by name due to the stigma that surrounds the type of surgery, was deployed in Afghanistan when he was injured in an IED explosion. As a result of the blast, he lost his legs, the lower part of his abdomen, and his genitals.

“That injury, I felt like it banished me from a relationship,” he said in an interview. “Like, that’s it, you’re done, you’re by yourself for the rest of your life. I struggled with even viewing myself as a man for a long time.”

But now, after years of therapy, self-doubt, and even thoughts of suicide, the veteran finally got a new lease on life.

In a 14-hour surgery performed at the Johns Hopkins Hospital, the veteran received a full penis and scrotum transplant from a recently deceased donor. It was the most complex and extensive penis transplant to date and the first on a combat veteran.

He did not receive testicles from his donor, as there would be ethical complications if the vet later had children. The sperm inside the testicles would have belonged to the donor, not to the veteran. The veteran will be unable to have biological children and will have to take testosterone to compensate for the loss of his testes, as well as Cialis to promote erectile function.

The surgery was performed in March, and now, four weeks post-op, the doctors are hopeful the veteran will regain full use. 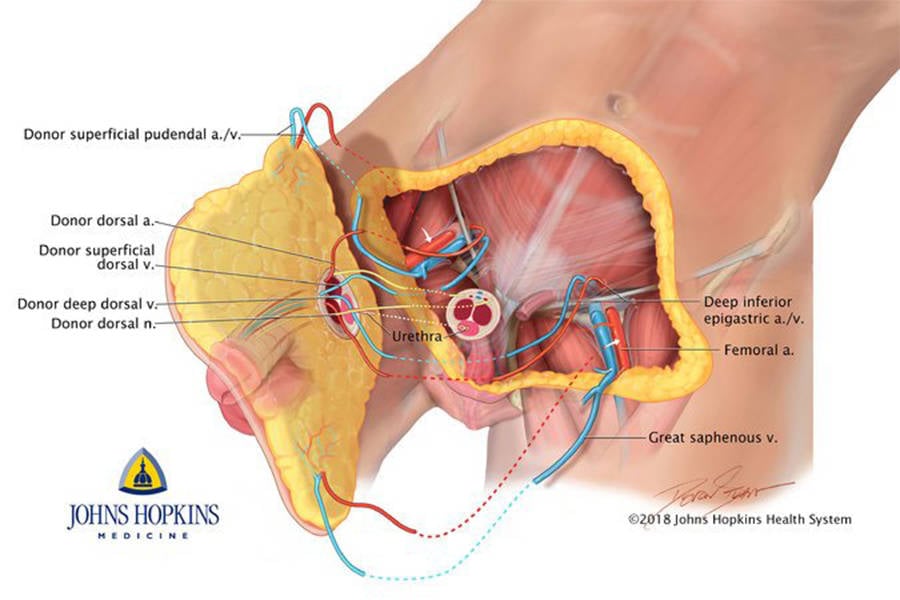 Dr. W.P. Andrew Lee, the chairman of plastic and reconstructive surgery at Johns Hopkins said the main goal was to “restore a person’s sense of identity and manhood,” though it also, of course, was intended to restore function. In the next few months, the veteran is expected to be able to urinate normally, though healing and nerve regeneration will take some time. Nerves grow at a rate of roughly an inch per month from the host into the transplant.

The road to the veterans transplant was a long one, beginning back in 2012. The veteran first approached Dr. Richard J Redett, the doctor of pediatric plastic and reconstructive surgery at Johns Hopkins, about growing a penis from his own existing tissue, such as the skin from his arms. That kind of procedure results in urination function but requires a separate implant for sexual function.

Redett was willing to perform the procedure but wanted to take it a step further, and try a more promising option — a transplant. From there, the other doctors were brought in, and the procedure was planned.

In addition to collecting the external genitalia from the donor, the doctors also collected internal tissues, veins, and nine vertebrate from the donor which provided stem cells that were infused into the veteran to help prevent rejection.

Though he was initially wary about such a complex and life-changing procedure, so far, the veteran seems to be doing well.

“What tripped me out at first is sometimes I would get a thought like, ‘Am I going to be able to see it as my own?'” he said. “That thought would creep in. But once I had it done, that’s the only way I see it. It’s mine.”

For more penis news, check out Kanamara Matsuri, a crazy Japanese penis-themed festival. Then, read about the candiru, the penis-probing fish of your nightmares.