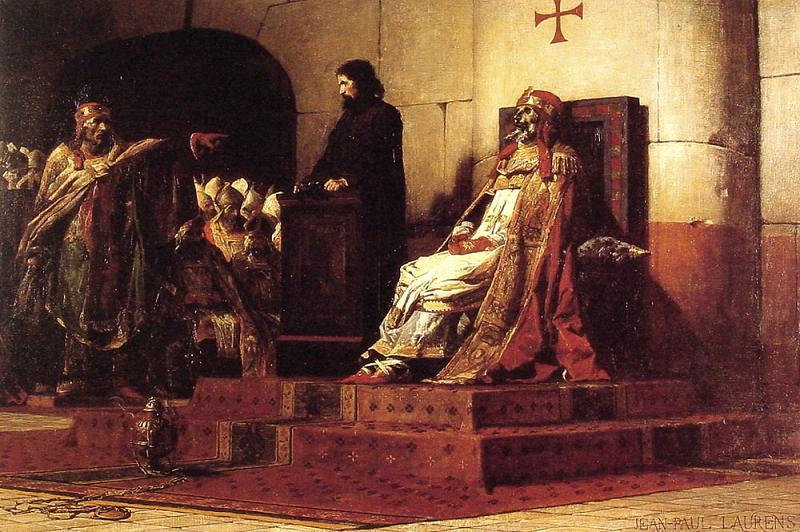 You can’t tell the story of Stephen VI, who was pope for about a year in 897, without first telling the story of Formosus, the earlier pope whom Stephen had exhumed and put on trial for heresy.

During the eighth and ninth centuries, the young Holy Roman Empire was convulsing with a series of wars, feuds among nobles, and external meddling from jealous neighbors doing what they could to stoke the flames. During this time, the papacy was up to its neck in imperial politics, to the extent of appointing bishops as nobles within the empire.

Formosus became pope in this environment and immediately pissed everybody off. Officially, this was because of his heretical ideas about how the Holy Spirit emanates from within the Holy Trinity and relates to the other elements of the Godhead. Unofficially, Formosus’ unpopularity probably stems from a dispute over which bishops got the proceeds from Rome’s many brothels and a pissing match with Count Guy of Spoleto.

Formosus was actually raising an army against Spoleto when he was “struck by paralysis” and died, which solved a lot of Guy’s problems. One year and one lame-duck pope later, Stephen VI was elected with a mandate to set that whole emanating-Holy-Spirit-who-runs-the-whorehouse argument to rest. 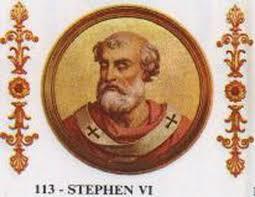 There wasn’t much in Stephen’s early life to suggest that the pontiff would be a future grave robber. In fact, there isn’t much to suggest anything; we don’t even know Stephen’s birth name or the year he was born.

As far as anyone can tell, Stephen was the son of a Roman priest (priestly celibacy being a futuristic, science-fiction concept at the time) and went into the family business on coming of age. It was actually Formosus who elevated Stephen to a bishop, probably under pressure from the aforementioned Guy of Spoleto, who was probably trying to stack the church with his lickspittles at the time.

As a bishop, Stephen distinguished himself by having no distinguishing characteristics whatsoever. His theological opinions are unknown, he doesn’t seem to have made an impact on contemporary chroniclers, and he probably contributed nothing to the organizational structure of the church.

As anyone who follows corporate or national politics can tell you, being a complete cipher is a virtue in large bureaucracies, and Stephen steadily advanced through a series of allegedly important jobs near the top of the church hierarchy. 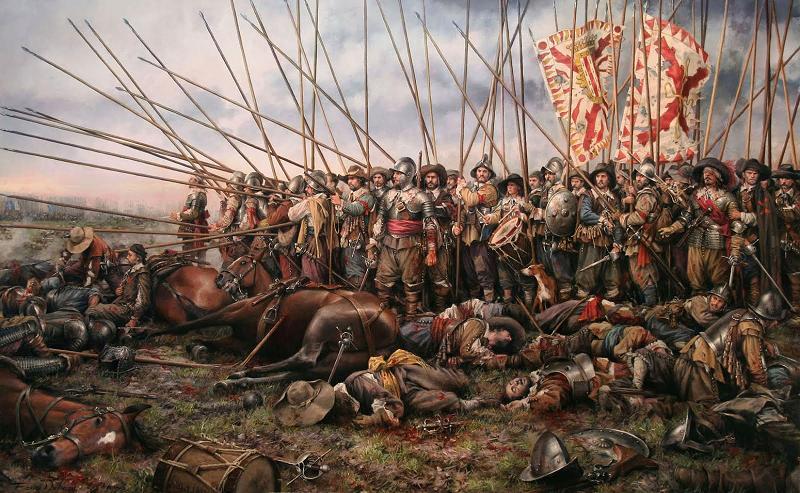 Around 896, Formosus was raising an army to wage war on Stephen’s patron. Stephen seems to have kept mostly to himself during this time. It’s always the quiet ones, as they say, though the suspicious nature of Formosus’ death doesn’t seem to have seriously affected Stephen’s standing. Formosus’ successor, Boniface VI, was brought to power by a mob of rioters and died after two weeks in office.

The official cause of death was “gout,” though it must have been contagious, because an awful lot of Spoleto’s enemies seemed to be catching it just then. Stephen became pope in short order, literally over the dead bodies of two predecessors. 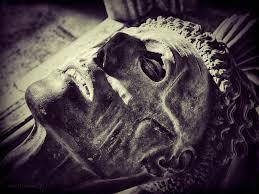 It was as a pope that Stephen really made his mark. During his one year in the holy office, Stephen overturned every decision Formosus made as pontiff, revoked all of his appointments (which was technically a problem, as Formosus had ordained Stephen, but whatever), and launched a purge of Roman politics on behalf of the Holy Roman Emperor and the emperor’s mother, neither of whom have names worth knowing.

It was at the behest of the crazy faction that Stephen had Formosus, who had been dead for seven months by this point, exhumed and charged with heresy, plus numerous arcane offenses against the church such as performing the functions of a bishop when he had been deposed and receiving the pontificate while he was the bishop of Porto, and so on. A deacon was assigned to speak on behalf of His ex-Holiness, who exercised his celestial right to remain silent throughout the proceedings.

The late Formosus was dressed in the vestments of office—presumably to show respect for the office Stephen was busy desecrating—and sat upon the papal throne. The deacon assigned to speak for him hunkered down on his hands and knees behind the throne to answer on Formosus’ behalf. When clearly leading questions were asked, such as “Why did you usurp the papacy?” Formosus’ counsel really let down his client by confessing: “Because I was evil!”

With a defense like that, the conviction was a foregone conclusion. Stephen ordered that the corpse be stripped of its robes (which, remember, he had ordered to be put on in the first place) and retroactively deprived of its popishness.

The three fingers Formosus had used to bless people were cut off, and the body was reburied in a common grave. A short time later, the body was dug up again and thrown into the river Tiber and was eventually recovered by a monk. 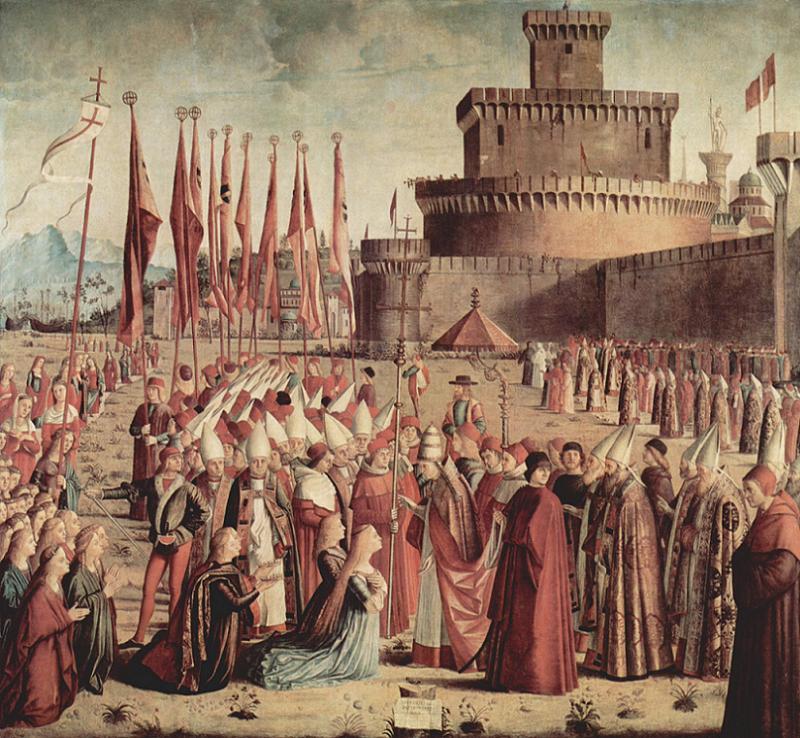 The joke was on Pope Stephen VI, though. The obscenity of digging up a rotting corpse and mutilating it after a ridiculous show trial was a bit much even by ninth-century Roman standards.

Within a few months of the Cadaver Synod, Stephen was deposed and tossed in jail. His successor, Romanus, reversed all of Stephen’s decrees, restored Formosus to his (formerly) rightful place, and celebrated his success by having Stephen strangled. 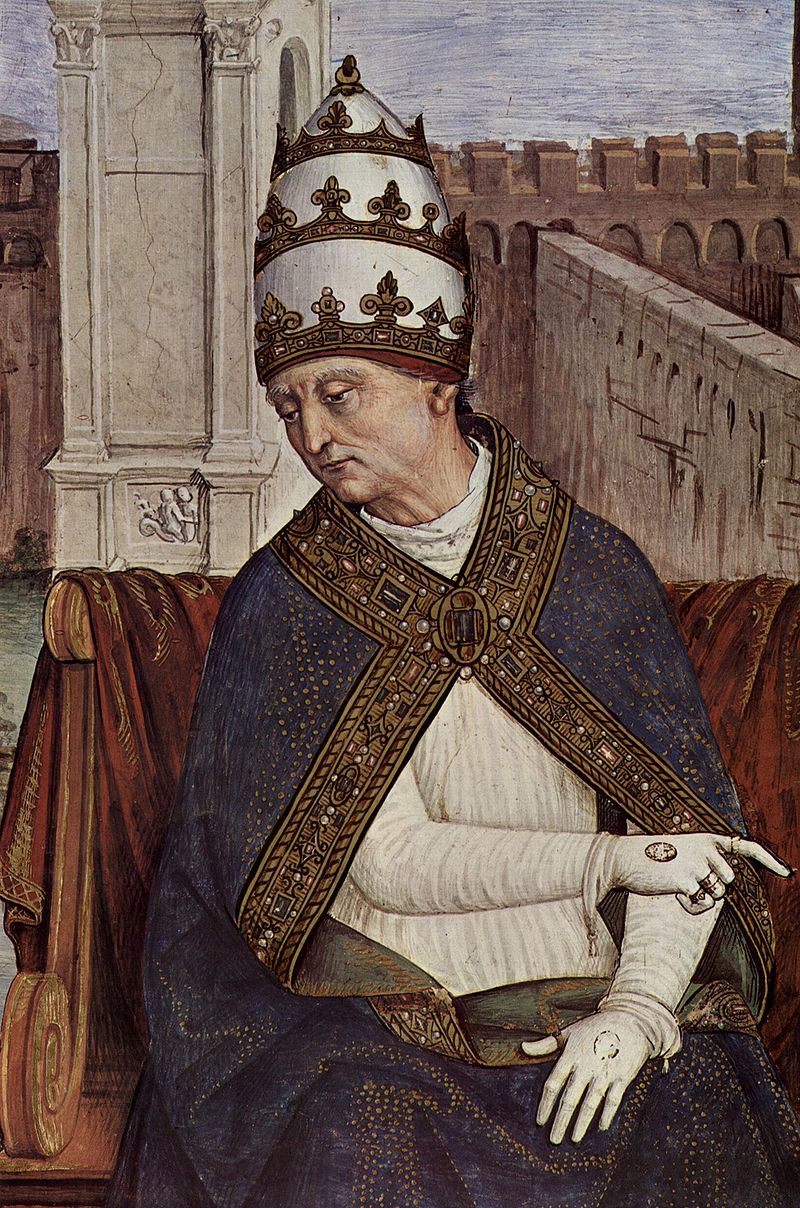 “There, I fixed it.” Source: Forces Of Geek