These photos from the International Hot Air Balloon festival in Switzerland highlight the snowy landscape. 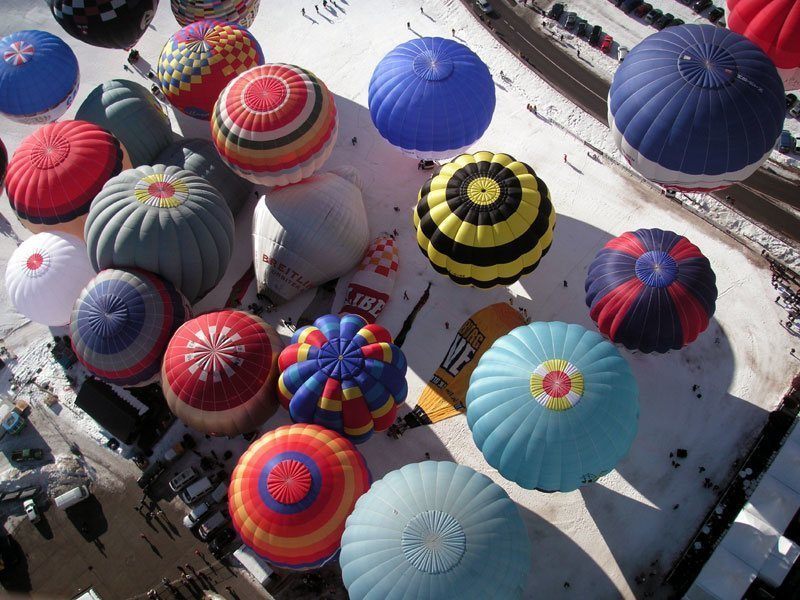 A colorful collection of hot air balloons before takeoff.

This January marks the 37th anniversary of Switzerland’s International Hot Air Balloon week held in Château-d’Oex. Organizers report that over 80 hot air balloons from 20 countries will participate in the event, which lasts from January 24, 2015 through early February.

The International Hot Air Balloon festival got its start in 1979, when 12 balloons from five countries gathered to promote Château-d’Oex at the suggestion of Hans Brücker. The festival grew over the years, and in 1999, the first hot air balloon to navigate around the globe without stopping left from Château-d’Oex. These days the festival hosts a number of special events and contests, drawing balloonists from all over the world. The festivities include a children’s-themed day, contests, Special Shape balloons and a night show with fireworks and music. 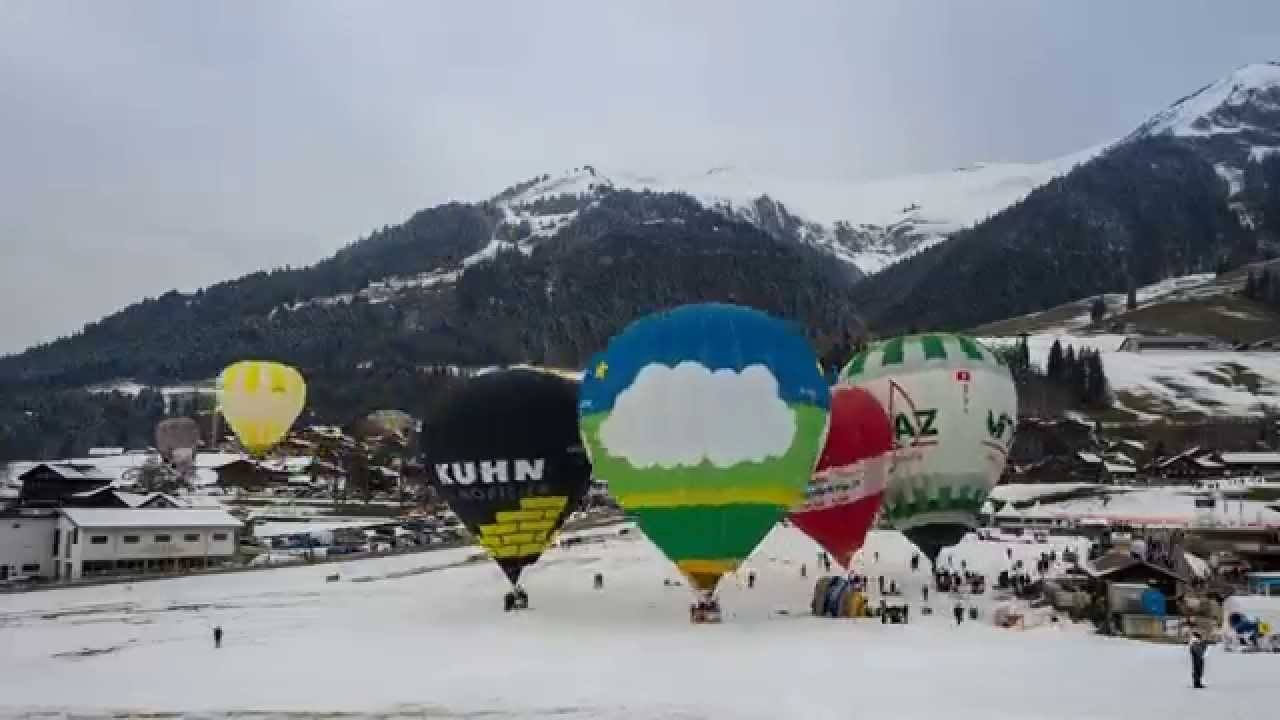 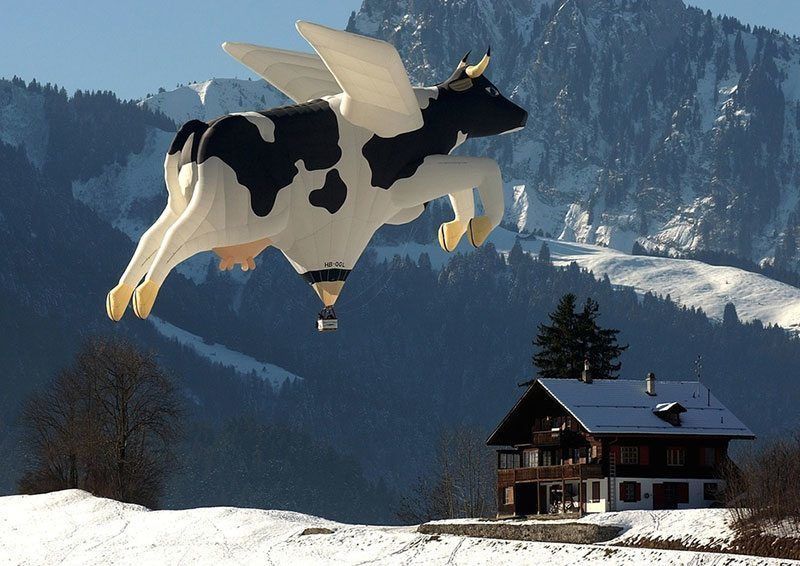 There’s no denying that balloonists have a great sense of humor. Source: Distractify 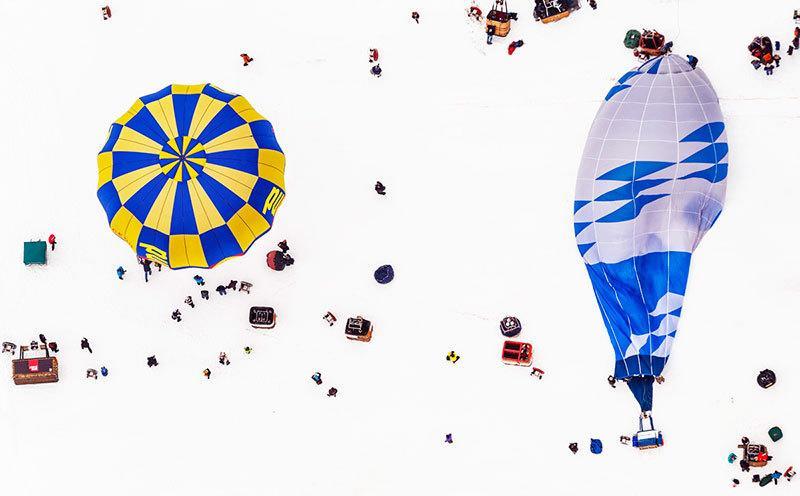 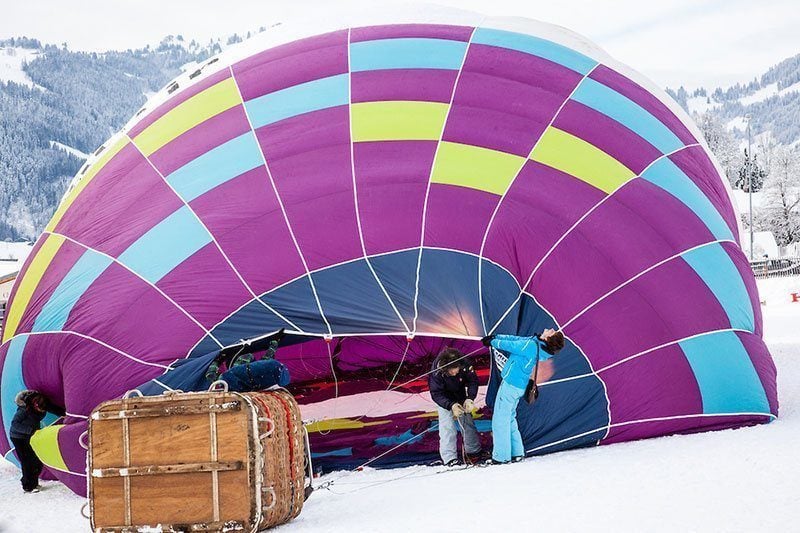 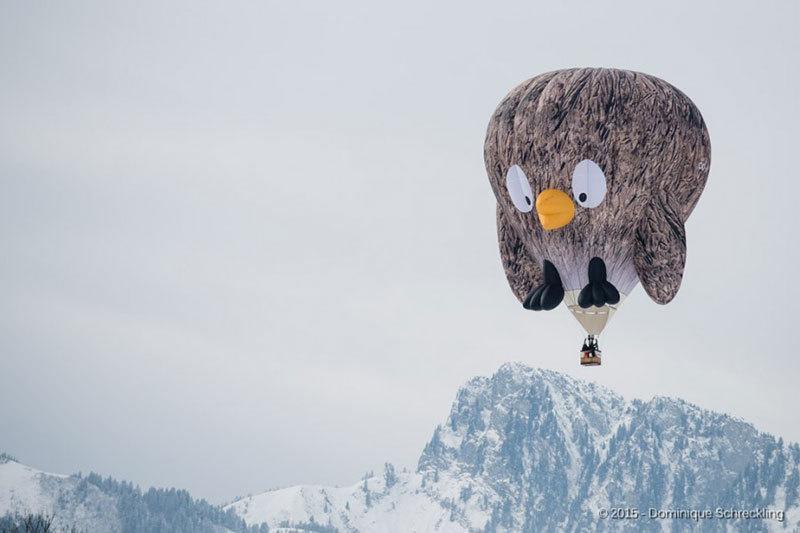 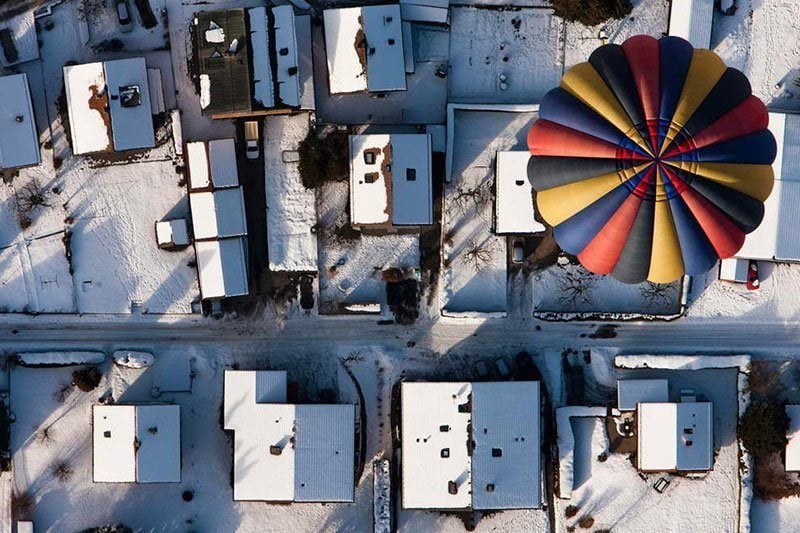 A balloon flies over buildings in Chateau-d'Oex in 2010. Source: LolliTop 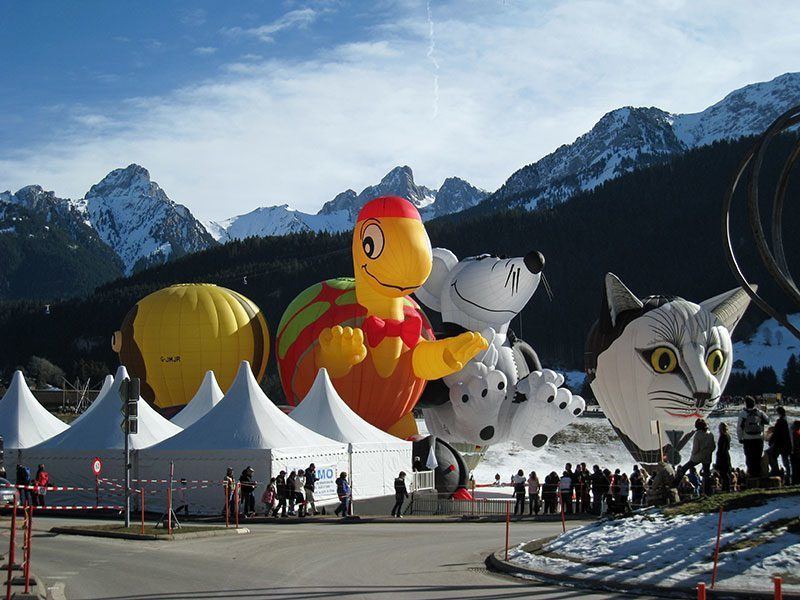 Some of the special shapes balloons. Source: Pierrot Heritier 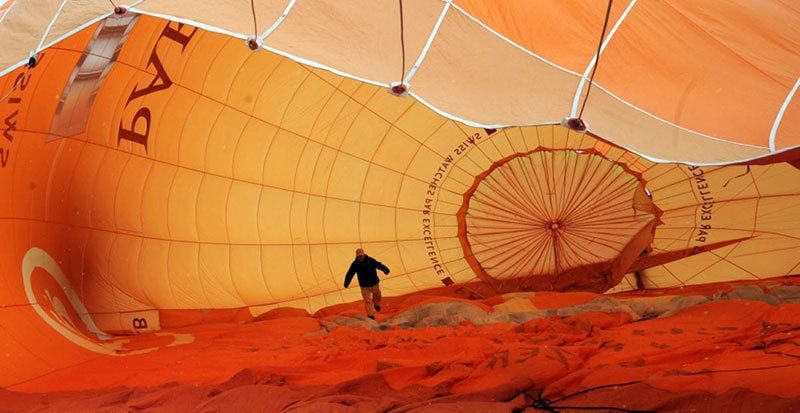 A man walks along the inside of his hot air balloon. Source: NY Daily 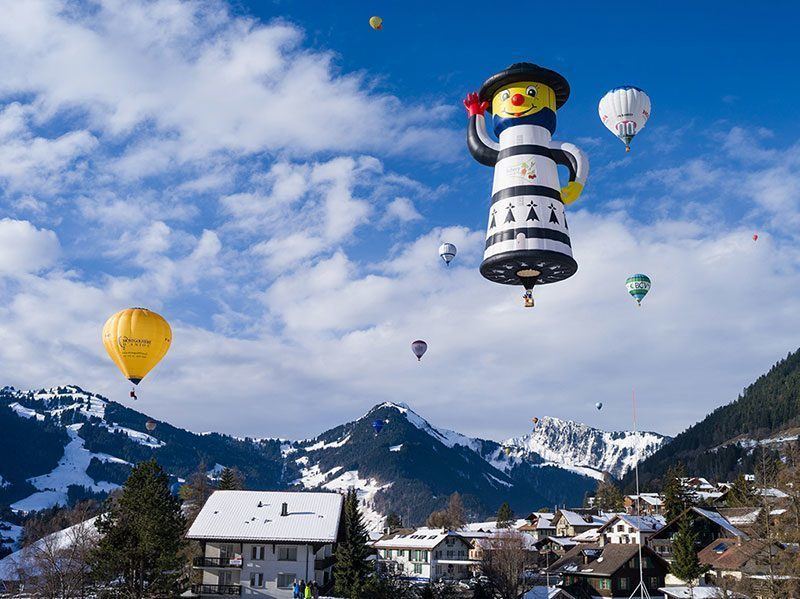 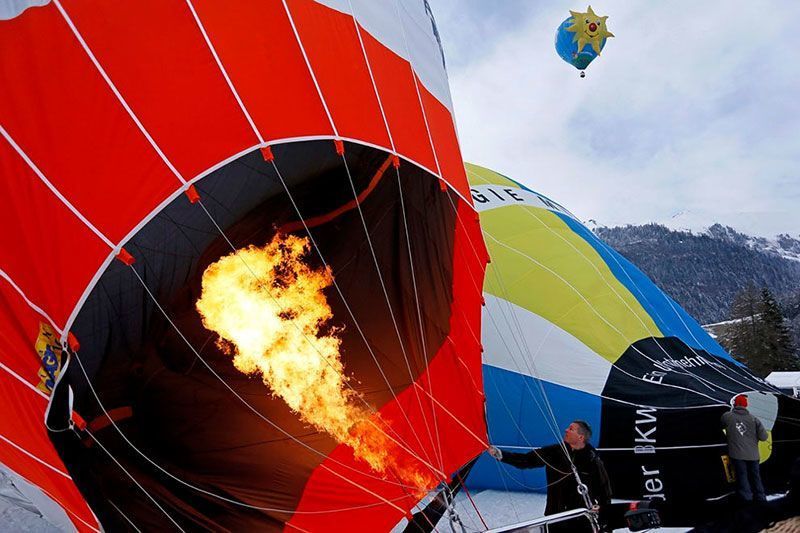 A balloonist prepares for takeoff by inflating his balloon. Source: Design You Trust 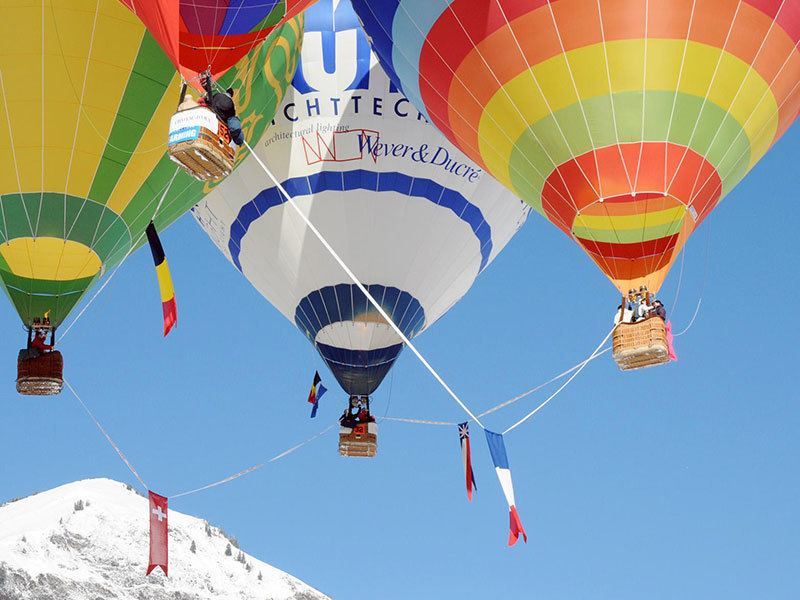 Four balloons are connected by a ribbon and then released into the air as part of the festival’s Twinning tradition. Source: Semaine de Ballons 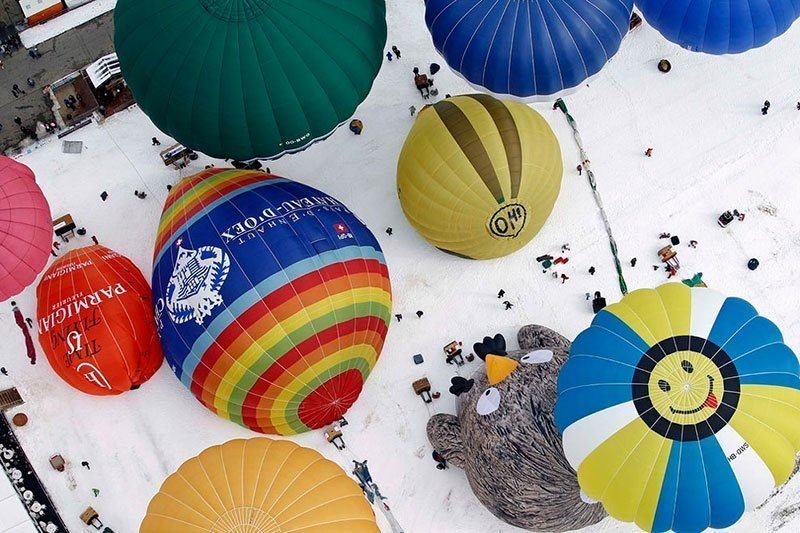 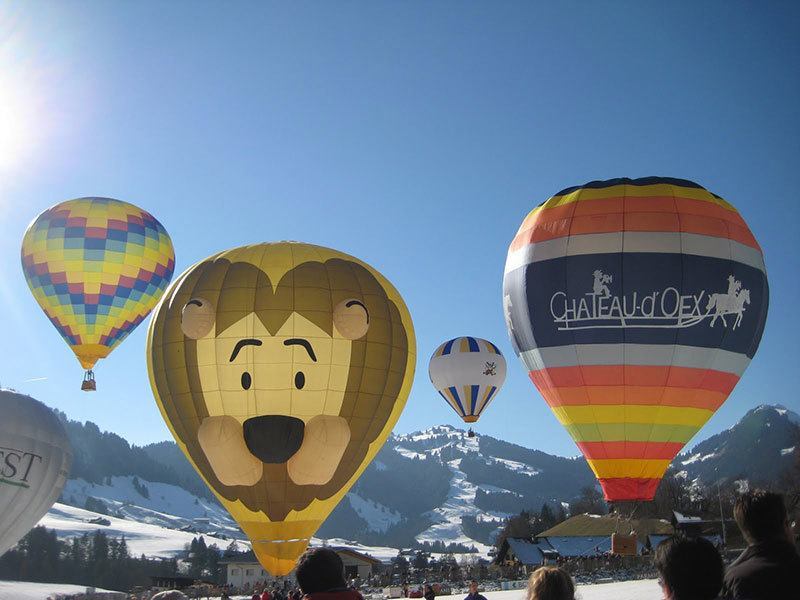 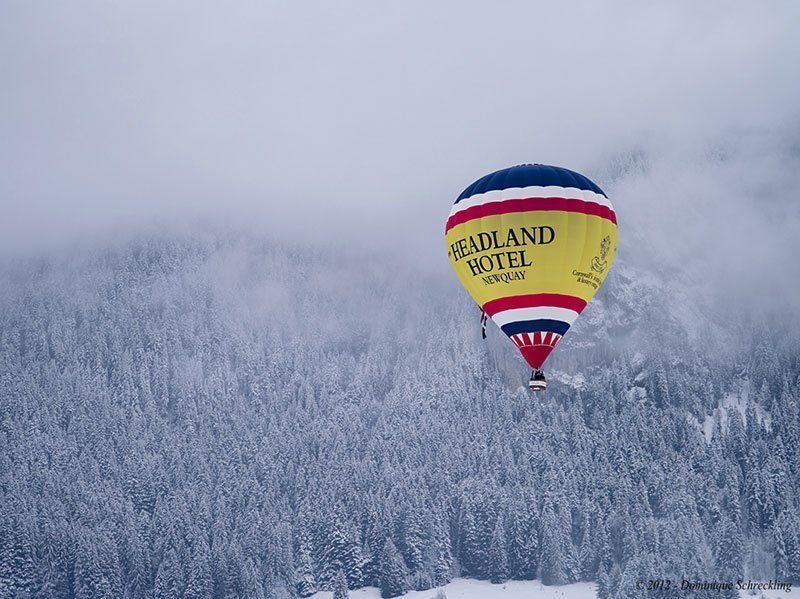 A balloon flies in the International Hot Air Balloon week in 2012. Source: IMPress 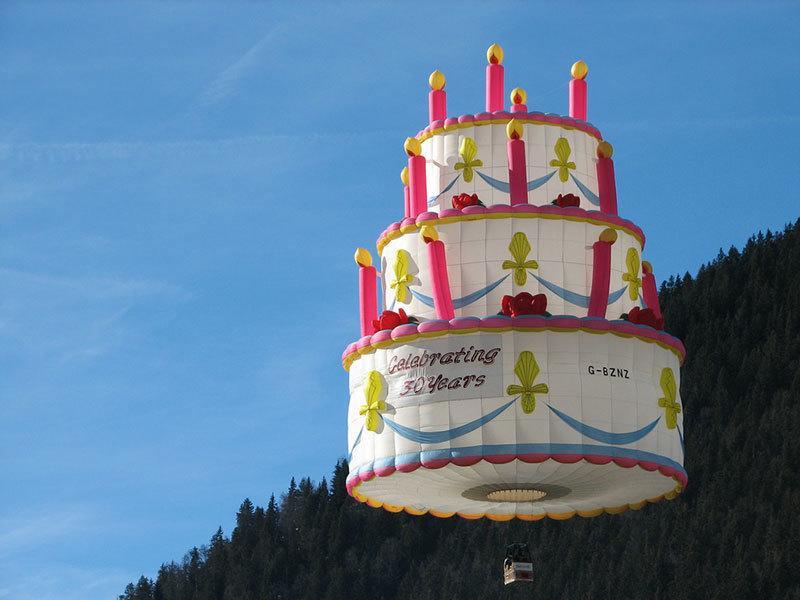 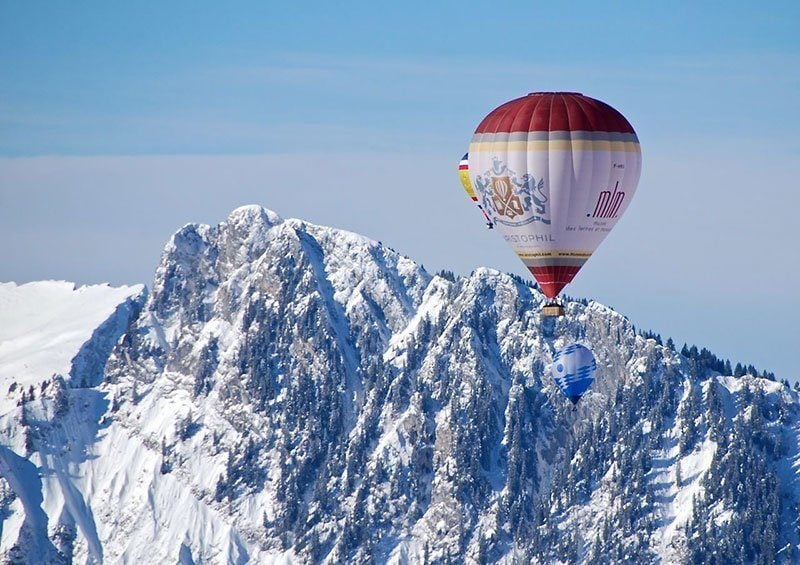 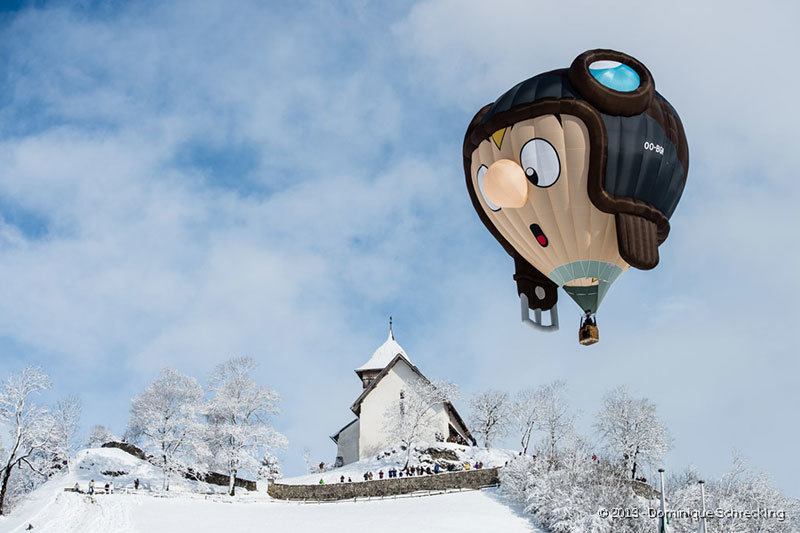 A number of fun balloons make an appearance in Château-d'Oex each year. Source: Pinterest 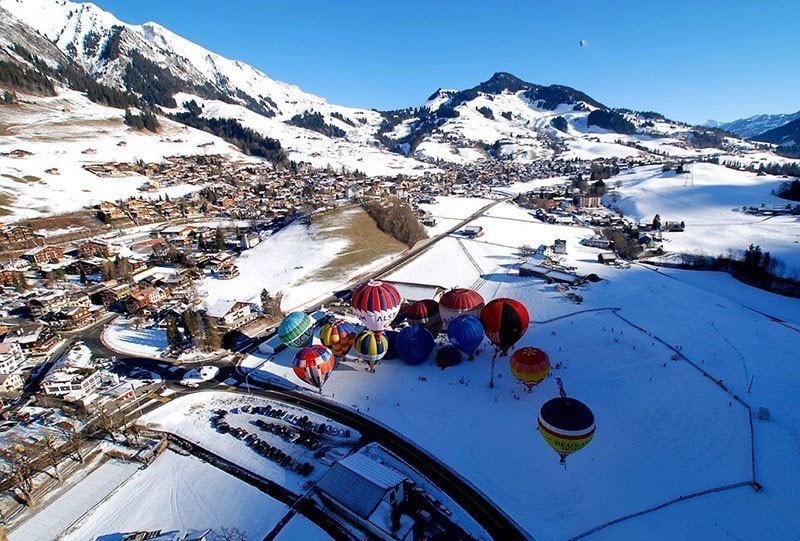 An aerial view of the launch zone at the International Hot Air Balloon week. Source: swissblog.net 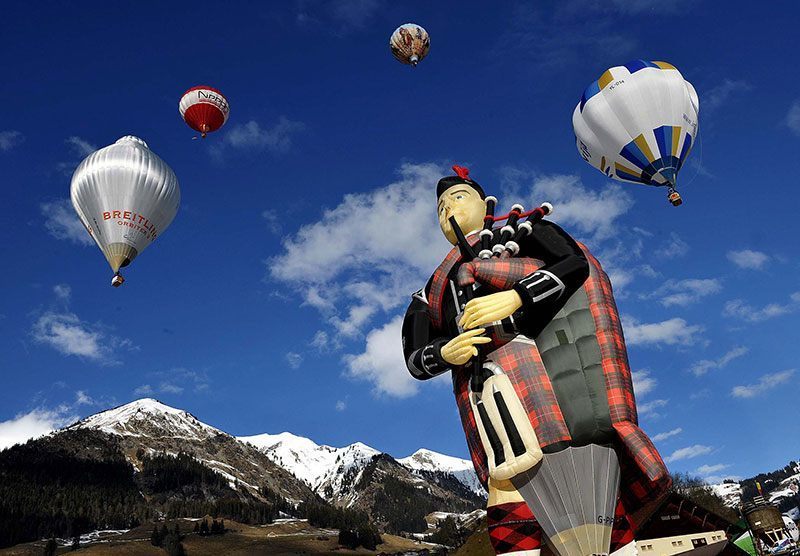 A balloon shaped as a piper prepares to take off. Source: est100 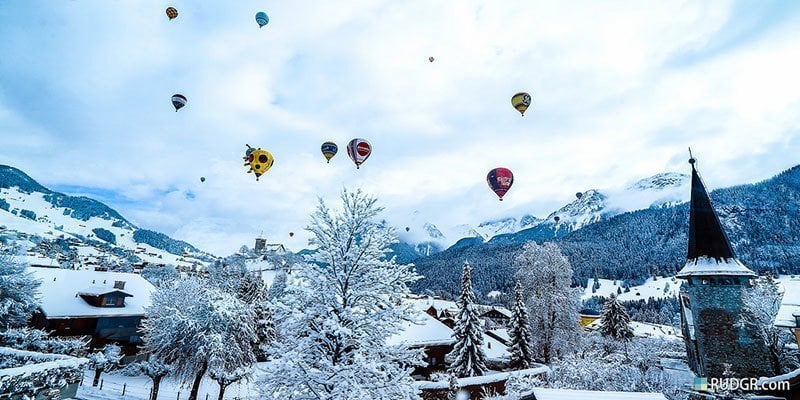 A view of the balloon festival from the Golden Pass train line. Source: Rudgr 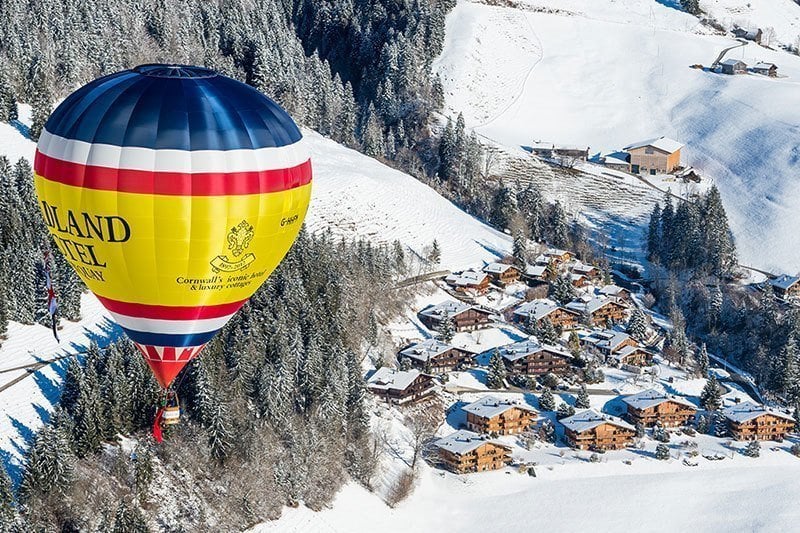 This time-lapse video captures balloons from the 2015 festival at takeoff:

There's nothing like the Swiss Alps as a background for colorful hot air balloons. But don't take our word for it: