The Escapades Of Porfirio Rubirosa — International Playboy And Man Of Intrigue

Porfirio Rubirosa was, at his core, a playboy, but over the course of his life he would wear dozens of hats.

Many different people have been named as possible inspirations for fictional superspy James Bond. While Porfirio Rubirosa usually isn’t on that list, his life actually comes a lot closer to Bond’s than most of the people who are.

Rubirosa was an international playboy who was romantically involved with some of the most beautiful women of his time. He also led a jet-setting lifestyle that would have even make Bond jealous. Oh, and through it all, there were rumors that he may have been working as an assassin.

Rubirosa was born the youngest child of a wealthy couple in the Dominican Republic in 1909. Rubirosa’s father was closely tied to the government and was posted as the country’s ambassador to France. This meant that Rubirosa spent most of his childhood living in Paris before returning to the Dominican Republic at 17 to enlist in the military.

Porfirio Rubirosa seems to have possessed a natural charm that few people, man or woman, could resist. This worked to his favor when he happened to meet the country’s dictator, Rafael Trujillo. Their brief meeting had such an impact on Trujillo that he had Rubirosa summoned the next morning and immediately promoted him to lieutenant. His first assignment was to take over command of the dictator’s personal guard. 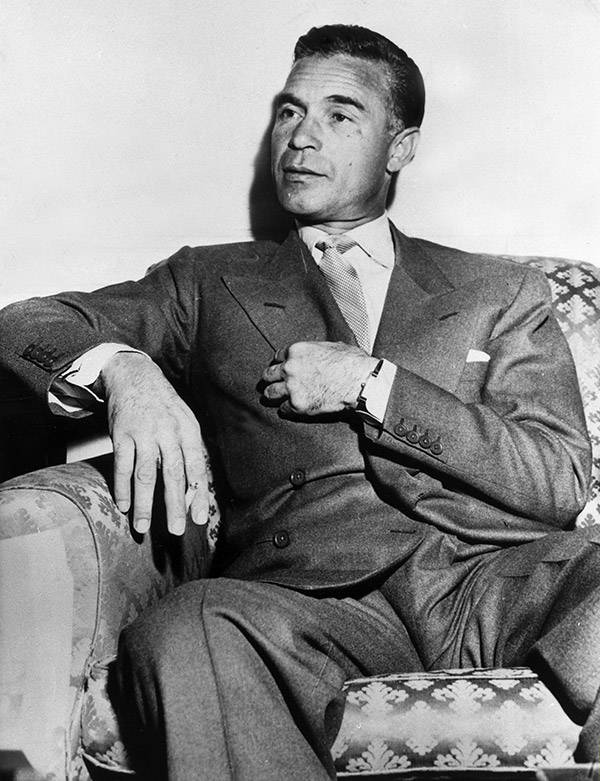 Soon, Rubirosa was even married to Trujillo’s daughter, and in 1936, he was appointed one of the country’s top diplomats.

Rubirosa quickly received a reputation as a ladies man, and he certainly earned it. Women naturally seemed to gravitate towards Rubirosa. According to people that knew him, that was because there were two things they really liked about Rubirosa.

First, he knew how to pay attention to them. “He made each woman feel that she was the most important thing in the world,” one friend recalled.

Second, and maybe more importantly, he had a much more tangible asset, an “eleven-inch café-au-lait sinker as thick as a man’s wrist,” as Truman Capote once described it.

As it turns out, a lot of natural charm and a famously large set of genitals can go a long way with some women. Rubirosa was famous for the number of women he was romantically involved with, though he himself refused to discuss the matter, as it was ungentlemanly.

Obviously, all of his affairs put a strain on his relationship with his wife. By 1938, they were divorced, which was a significantly more dangerous position to be in when your father-in-law is the absolute dictator of your country. Somehow, despite this scandal, Rubirosa’s relationship with Trujillo survived.

Rubirosa wasn’t single for long and eventually ran through a string of four more marriages, including one to Danielle Darrieux, France’s most popular actress at the time. Two of the other marriages were to Doris Duke and Barbara Hutton, heiresses who were some of the richest women in the world. Through it all, he kept up his extra-marital affairs with a number of the most prominent women of his time. The list allegedly includes Zsa Zsa Gabor, Marilyn Monroe, Rita Hayworth, Joan Crawford, and Judy Garland.

To say that Porfirio Rubirosa married for money might be a little unfair, but he was aware that most of his income came from women he was involved with. He sometimes would even describe himself as a “gigolo.”

Regardless, the money from his marriages meant that Rubirosa was free to pursue his other interests, which certainly weren’t cheap. Rubrirosa’s greatest passion was probably polo, which he excelled at. But, he found time in his busy schedule for everything from piloting B-52 bombers to treasure hunting in the Carribean. In the time that he had left between the treasure hunting and the affairs with movie stars, he raced cars semi-professionally.

Porfirio Rubirosa’s reputation preceded him just about everywhere he went. But sometimes, his more public scandals led Trujillo to recall him to the Dominican Republic or reassign him to other countries. But while other people who displeased Trujillo tended to disappear, Rubirosa somehow managed to remain close to the dictator through every public embarrassment. 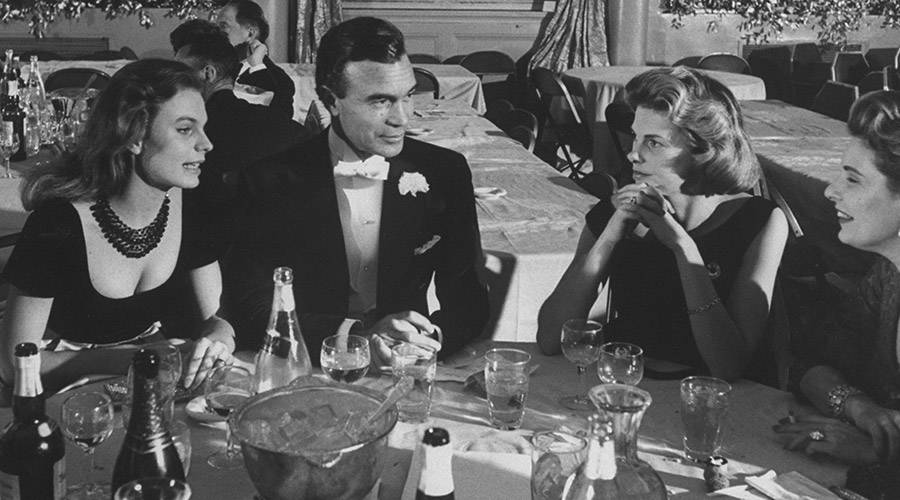 Maybe that’s because Trujillo recognized that Rubirosa was actually a pretty valuable asset to his regime. As he once said, Rubirosa was a great diplomat, “because women like him and because he is a liar.” Trujillo understood that the press Rubirosa got was valuable and used his own money to fund Rubirosa’s lifestyle for years. His only request was that whenever Rubirosa threw a party, he would display the Dominican flag.

Unfortunately for Rubirosa, his patron’s days were numbered. In 1961, Trujillo’s car was ambushed, and he was gunned down by assassins. Trujillo’s son Ramfis was chosen to replace his father. Rubirosa supported Ramfis and even tried to persuade President Kennedy to do the same. He declined, and by the end of the year, Ramfis was forced to flee the country.

Rubirosa, without the Trujillo family’s support, was soon dismissed from his post as a diplomat. Without the blank checks Trujillo used to write him, he was now constantly short of money. 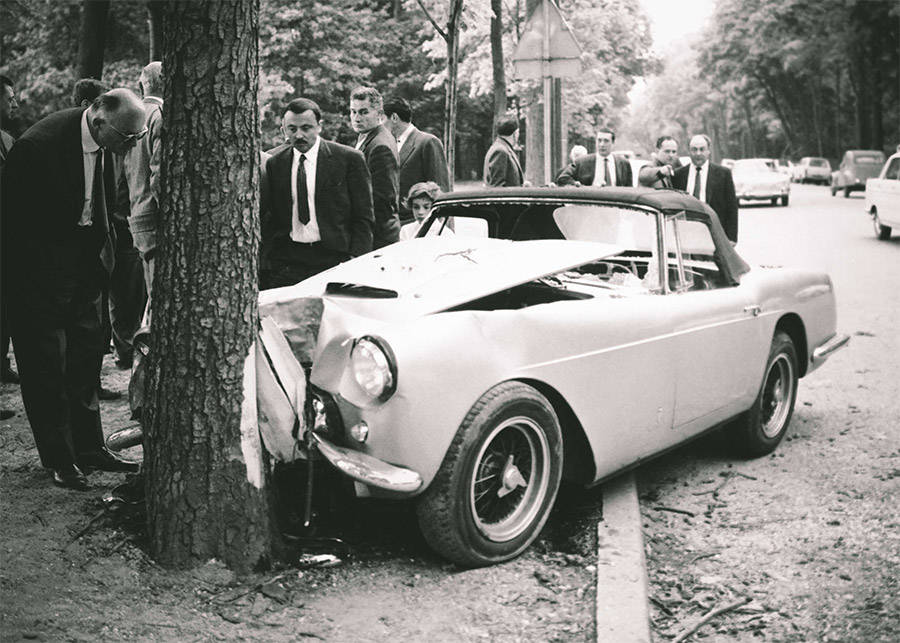 An increasingly depressed Rubirosa returned to Paris and tried to figure out what was to come next. His drinking, which had always been an almost-nightly ritual, became more intense. In 1965, he was returning from an all-night party in Paris when he plowed the expensive Ferrari he was driving into a tree. Rubirosa died as a result, at just 56.

While it might be tempting to see Rubirosa’s life as something to envy, there was always a dark side to it. He was frequently physically abusive towards his wives and partners. He even hit his first wife, the daughter of a brutal dictator, which shows not only a lack of respect for women but also a lack of a basic instinct for self-preservation.

One gets the sense that Porfirio Rubirosa had a somewhat pathological need to live on the edge for as long as he could. As he once wrote, “I would rather risk everything than be bored.” And in the end, not even he could keep that lifestyle up forever.

Next, read about how JFK turned the White House into a Playboy-Mansion-like getaway. Then, check out the story of Maria Reynolds and Alexander Hamilton, America’s first political sex scandal.