Judit Polgár's father believed that geniuses weren't just born; they could be made. 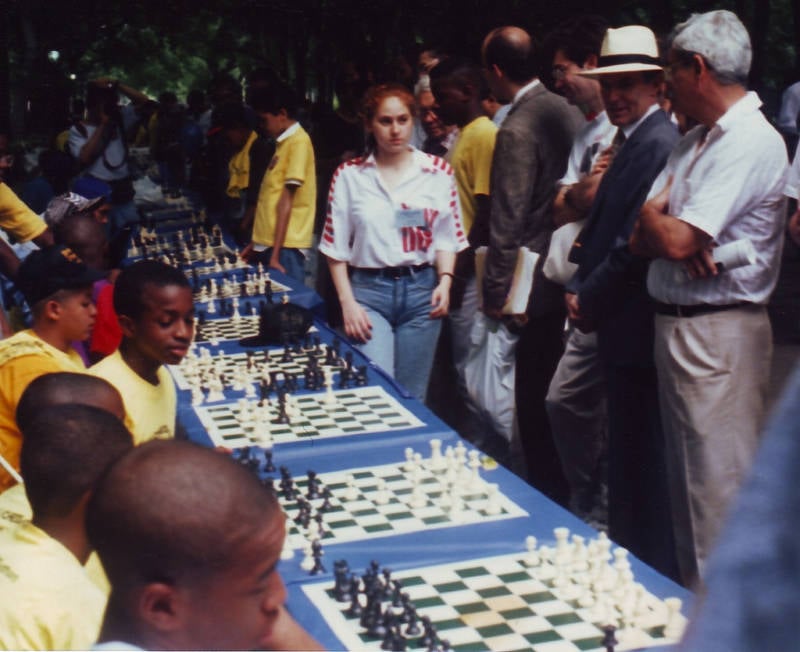 Wikimedia CommonsJudit Polgár playing multiple games of chess at once.

If you start teaching them early enough, can a child become a master in anything? László Polgár thought so. That’s why he began training his daughters, Zsuzsa, Zsófia, and Judit Polgár, to be great chess players from the time they could walk.

The results of his labor are hard to argue with. All three women are Grandmasters and Judit Polgár rose to the greatest heights of all: she is almost universally regarded as the greatest female chess player of all time.

But the methods that shaped these chess champs caused controversy. László Polgár was both scholar and father — and his daughters were both his children and his experiments.

The Blueprint For A Genius

Wikimedia CommonsLászló Polgár believed that any child could become a prodigy with training — and he set out to prove it with his three daughters. 1989.

László’s interest in fatherhood was academic, and he recruited his wife, a Ukrainian foreign language teacher, through letters describing the great pedagogical undertaking he envisioned: he was going to raise prodigies and prove that geniuses were made, not born. Would she join him?

She would. After marrying in the USSR, the pair settled in László’s home country, Hungary. Then they began to plan.

The strategy, based on years of research, was straightforward. The children would be homeschooled — a choice that at the time raised local eyebrows and concerned authorities.

But there wasn’t any other way, as far as László was concerned. His research convinced him that if he wanted to raise prodigies, he would have to begin their education before they turned three, and specialization would have to start before age six.

FlickrThe Polgár sisters on a trip to Argentina. 1986.

It didn’t have to be chess — for the experiment to succeed, László and Klara’s children could become prodigies in any field. Klara already planned to teach them languages: Russian, English, German, and Esperanto. And advanced mathematics was a must.

But chess was a particularly good option for specialization because success was so measurable: international ranking systems quantified players in every possible way, and victory on the board was hard to dispute.

Zsuzsa, the oldest, remembers the decision as her choice — her love for the little toy pieces set the course for her and her sisters’ future. 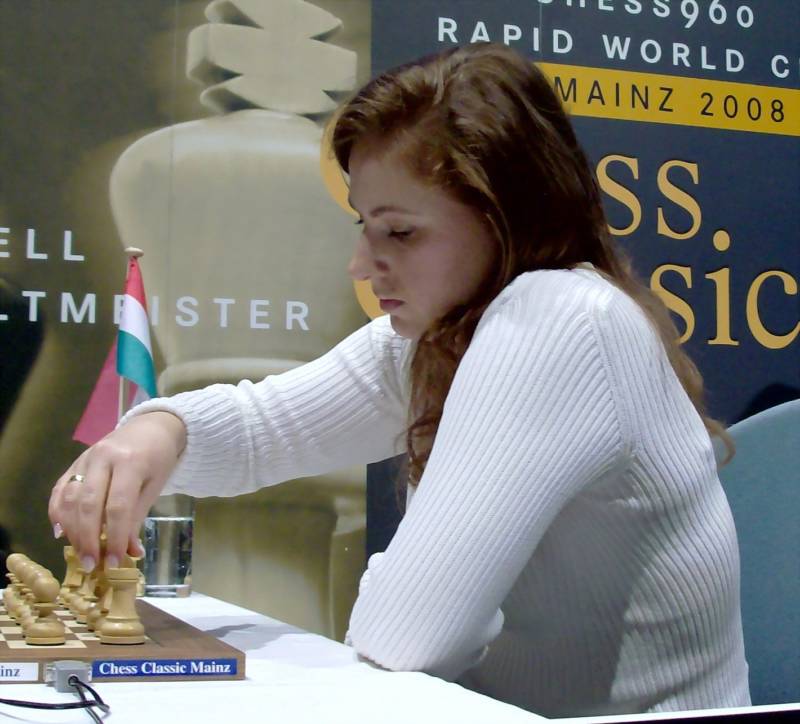 Judit Polgár was born in 1976, the youngest of the three sisters. She knows her childhood seems strange. Many, she acknowledges, assume the girls were miserable.

But she knows better. Surrounded by sisters already excelling at the game, she was eager to learn. Chess was a family activity, a group obsession that bound them together against an outside world that wasn’t always kind. The unusual family attracted attention, criticism, and anti-semitic attacks.

They also had to contend with the world’s skepticism. Many were vocal about their doubts that women could ever be truly great at chess. Chess, they said, was a mental game, and women simply weren’t as smart as men — as evidenced by the limited success of female players.

Judit Polgár’s father insisted that the problem was simply that no women had actually received the necessary training. With enough practice, a woman could play just as well as any man — and better.

Judit Polgár and her sisters would soon prove their father right.

Judit practiced obsessively, often for five or six hours a day. By the time she was five, she could beat her father at the game. At 15, she became the youngest person — male or female — ever to be awarded the Grandmaster title.

Judit dominated the women-only tournaments she was required to compete in. But she was disappointed with how easy the competition was.

She agreed with her father that most other women simply hadn’t been trained enough to be challenging opponents. She wanted to test her skills at the highest levels. And that meant she needed to compete against the male players who dominated the chess world.

Breaking Into A Man’s World 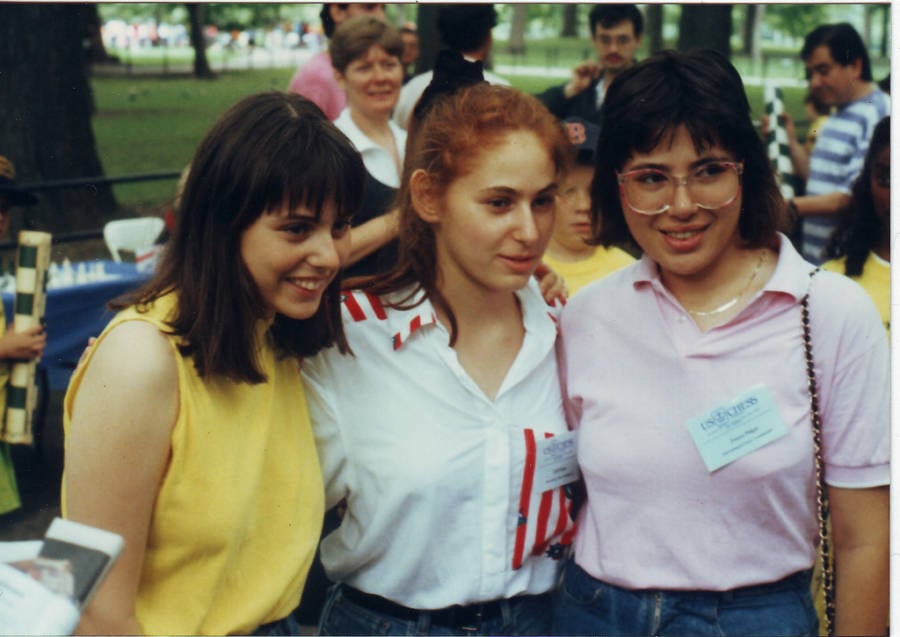 Wikimedia CommonsJudit and her sisters, Sofia and Susan.

It was her sister Zsuzsa who broke the ice. In 1986, she became the first woman ever to qualify for the men’s world championship, earning a men’s Grandmaster title shortly thereafter. Judit quickly followed in her footsteps.

Their success often didn’t sit well with the older male players they were routinely beating. Zsuzsa once remarked that she “never won against a healthy man. After the game, there was always an excuse: ‘I had a headache. I had a stomach ache.’ There is always something.”

Even as the Polgárs were rapidly working their way up the rankings, many of the world’s best players still doubted that women could really play as well as men. Garry Kasparov, the top-ranked player in the world, said of Judit, “She is talented but not greatly talented. Women by their nature are not exceptional chess players.” 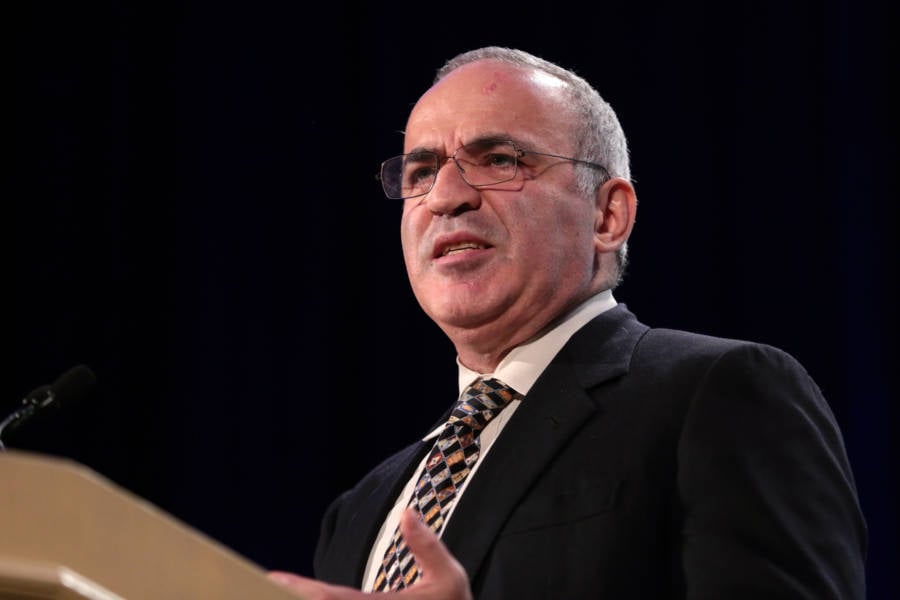 Gage Skidmore/Wikimedia CommonsGarry Kasparov speaking at the 2017 Goldwater Dinner hosted by the Goldwater Institute at the Phoenician Resort in Scottsdale, Arizona.

In 1994, Kasparov had the chance to test Polgár’s skills himself. The match proved controversial. At one point, Kasparov moved his knight but quickly thought better of it and pulled it back — but he had already released the piece.

According to the rules, once a player removes a hand from a piece, the move is over. The referee, however, allowed Kasparov to undo the move. Kasparov eventually won the match.

It was a bitter loss, but Judit Polgár wasn’t discouraged. By the following year, she was ranked the tenth-best player in the entire world.

Stepping Back And Finding Balance

Wikimedia CommonsJudit Polgár contemplates her next move in a 2005 competition.

Judit continued playing chess professionally for the next few years. In 2005, she was ranked the eighth best player in the world. But after the birth of her child in 2006, she stepped back from the game.

As Judit explains it, her priorities had simply shifted. Over the past few years, she has focused on writing books and coordinating chess events, as well as raising her daughter — activities she says balance her and offer new perspective.

Judit Polgár tells her life story in her 2016 TED Talk.

But Judit has never lost interest in the game. She continued to play in tournaments before retiring in 2014.

In the years since the Polgár sisters began competing, women have come a long way in chess. Judit Polgár is no longer the top-ranked woman in the game, due in no small part to the inspiring example she and her sisters set.

But there’s little doubt that she remains one of the best players of all time.

Now that you know all about Judit Polgár, read up on the Onna-Bugeisha — Japan’s badass female samurai. Then, meet Lyudmila Pavlichenko — the deadliest female sniper in history.