Inside The Praetorian Guard, The Fearsome Military Unit Of Ancient Rome

Members of the Praetorian Guard were supposed to protect the Roman emperor — but they amassed so much power that they often assassinated emperors they didn't like. 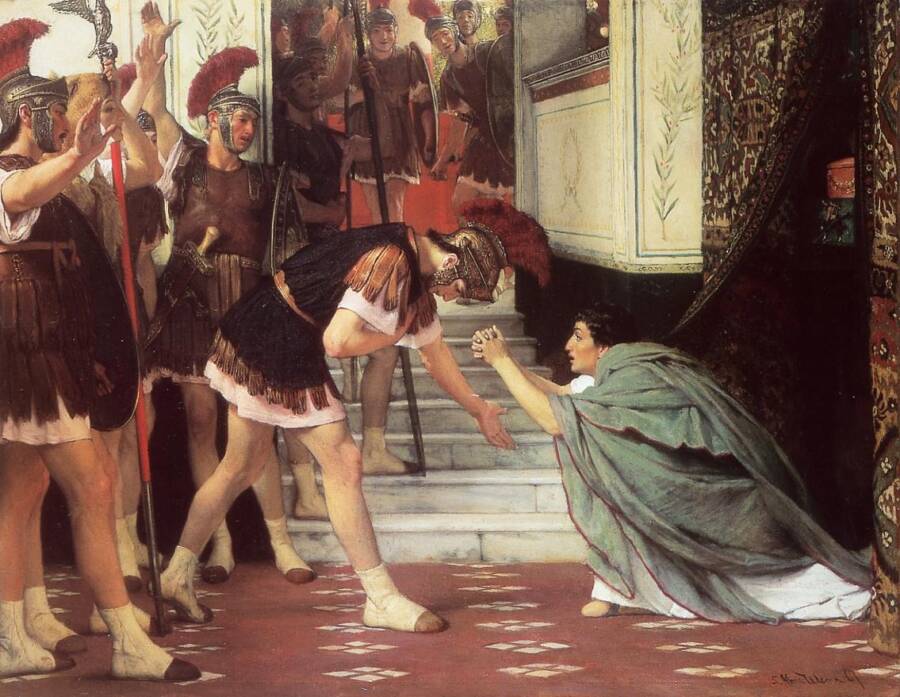 In 193 C.E., the Praetorian Guard did not like the emperor they were sworn to protect. Emperor Pertinax tried to issue strict reforms aimed at restoring discipline in the Guard. But they were having none of it, so the elite bodyguards executed him.

Now in de facto control of the empire, the Praetorians decided to auction off the imperial throne. Two powerful Romans competed to bribe their way into power. Senator Didius Julianus offered each Praetorian a massive sum of 25,000 sestertii – around five years’ pay.

The Praetorians agreed to the bribe, and Didius became emperor. But when the money never arrived, the Praetorians turned against the new ruler. An assassin snuck into Didius’s house and beheaded him. He was the second emperor killed by the Praetorians in less than 70 days during what would become known as the Year of Five Emperors.

Once sworn to protect Rome’s emperors, the Praetorian Guard became a brutal power broker in imperial politics – and multiple emperors paid the price for trusting the Praetorians.

The Origin And Purpose Of The Praetorian Guard 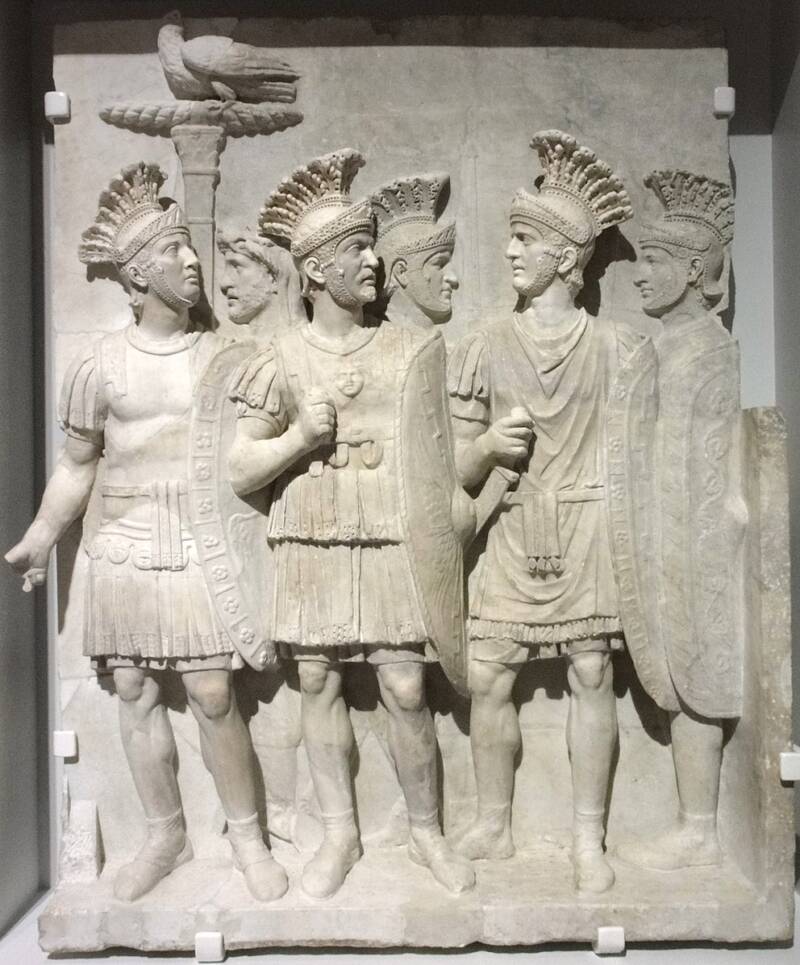 The idea of an elite force of bodyguards went back to the Roman Republic. Commanders would hire loyal guards to shield them from assassins and attacks. These personal bodyguards protected powerful Romans during the republic’s civil wars.

Augustus decided to make the institution permanent. So in 27 B.C.E., Rome’s first emperor enlisted 4,500 men, broke them into nine cohorts, and established them as the Praetorian Guard.

The leaders of the Praetorians, known as Prefects, were the only men who could bear arms in the emperor’s presence. Prefects became important advisors to the emperor.

Over time, the Praetorian Guard expanded. Its numbers swelled to 16,000 men and even included cavalry. But as the Guard established itself in Rome, its power grew to dangerous levels.

Praetorians had a mandate to seek out any threat to the emperor. They went undercover at protests to find enemies — and the Praetorians acted as a secret execution force in the emperor’s name.

But the Praetorians also became a major threat to Rome’s emperors.

The Praetorian Guard And Plots Against The Emperor

Under Augustus, the Praetorian Guard was a loyal, honorable body. But it didn’t take long for the Praetorians to turn against future emperors. In 41 C.E., the Praetorians brutally murdered Augustus’s great-grandson, Emperor Caligula, after he allegedly humiliated them. 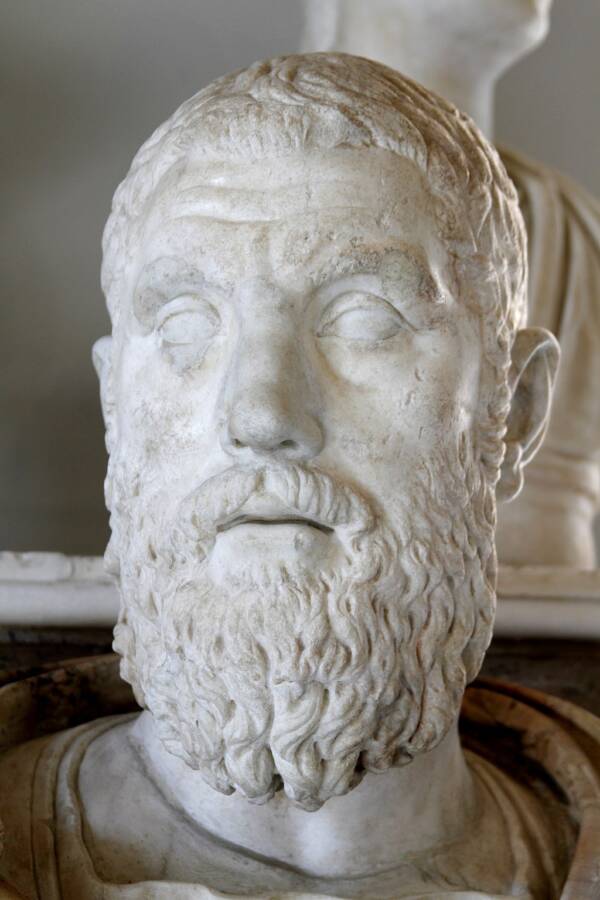 José Luiz Bernardes Ribeiro/Wikimedia CommonsDriven by a prophecy that he would become emperor, Macrinus killed Emperor Caracalla. His reign did not last long.

Caligula had sneered at his enemies, “Let them hate me, so long as they fear me.” The Praetorians, not afraid of the emperor, simply stabbed him.

The Praetorian Prefects grew increasingly powerful. One emperor named his successor a Prefect – a move designed to demonstrate the Guard’s status and protect the imperial family.

In 217 C.E., the Prefect Macrinus heard a prophecy that he would become emperor. Fearful that Emperor Caracalla would execute him, Macrinus struck first. Praetorian assassins killed Caracalla on a military campaign.

Macrinus fulfilled the prophecy and succeeded Caracalla as emperor. But a year later, the Praetorians killed him, too, after he tried to institute fiscal reforms in the Roman military.

The Praetorians had become a powerful force in Roman politics. And during Rome’s unstable periods — like the Year of the Five Emperors in 193 C.E. — the Praetorians decided who ruled and who died. 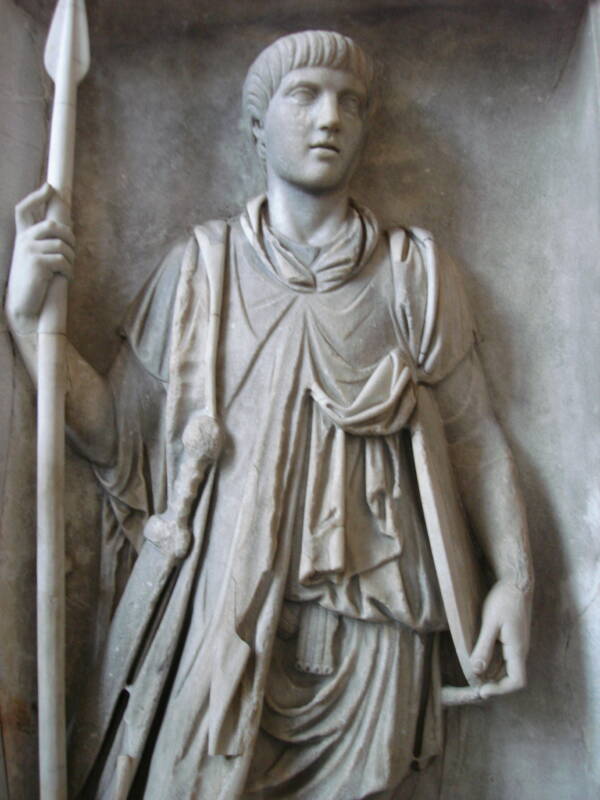 Several emperors saw the dangers of the Praetorian Guard. In 193 C.E., after the Praetorians assassinated two emperors in a matter of weeks, Septimius Severus tried to disband the Guard.

“It is impossible to think of any penalty to impose that fits your crimes,” the emperor fumed, “you deserve to die 1,000 times.”

Severus attempted to repopulate the Guard with loyal legionnaires. But soon, the Praetorians turned against the Severan dynasty.

In 235, the Praetorian Maximinus, hand-appointed to the Guard by the emperor, led a coup that assassinated Severus Alexander. Maximinus ruled as emperor – until the Praetorians killed him.

In total, more than a dozen Roman emperors lost their lives by the swords of the Praetorian Guard.

Then, in the early fourth century, Emperor Constantine fought his way to power in a vicious civil war against a rival supported by the Praetorians. And once he seized control of the empire, Constantine disbanded the Guard in 312. However, the Praetorian Prefects continued as advisors and administrators to the emperor.

Constantine managed to end the Guard only after defeating them on the battlefield. Without that decisive action, the Praetorian Guard might have continued its long history of murdering the men they were sworn to protect.

The Praetorian Guard weren’t the only ones murdering emperors. Next, read about the imperial poisoner Locusta, and then check out astonishing facts about Ancient Rome.