The Heartbreaking Story Of Wilm Hosenfeld, The Nazi Captain Who Saved ‘The Pianist’

Wilhelm Adalbert Hosenfeld was a German schoolteacher turned army officer who helped save a number of Polish Jews from the Holocaust before dying tragically in a Soviet prison. 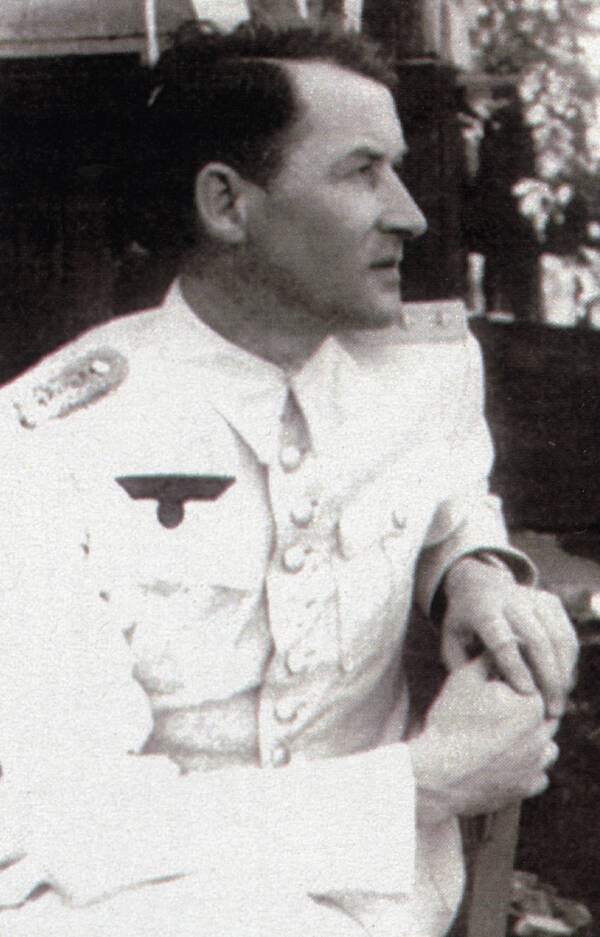 In 2008, Wilm Hosenfeld joined the esteemed ranks of those honored by the World Holocaust Remembrance Center for saving Jewish lives from the Holocaust. But unlike so many of his fellow honorees, Wilm Hosenfeld was a Nazi officer.

But though he’d been a staunch supporter of Hitler since before the war began, Hosenfeld soon began to see the true evil of the Nazis while stationed inside the Warsaw ghetto.

In 1940, when the German army was occupying Poland, they began forcing Jews into the Warsaw ghetto, the largest such area in German-occupied territories. The ghetto’s population soon swelled to more than 400,000 Jews.

In April 1943, Jewish insurgents in the ghetto rose up as the Nazis moved to deport the last remaining Jews for extermination. The Nazis burned the ghetto to the ground, deporting the last 42,000 residents. “The former Jewish Quarter in Warsaw is no more,” a Nazi officer reported to Berlin.

Ultimately, the brutal treatment of Poland’s Jews left Wilm Hosenfeld shocked and horrified. Then, Hosenfeld devoted himself to the cause of rescuing Jews from the Nazi regime.

Soon, one of the men Hosenfeld saved was none other than Władysław Szpilman, the Jewish pianist later memorialized in the 2002 film The Pianist. But despite his inspiring heroics, Hosenfeld’s own story eventually came to a tragic end.

Born in 1895, Wilm Hosenfeld served the German army in World War I before becoming a teacher, husband, and father to five. In 1935, Hosenfeld joined the Nazi party, pulled in by the promise of returning Germany to its prior greatness.

But Hosenfeld quickly grew disillusioned with the Nazis when World War II broke out. The Wehrmacht drafted the veteran and sent him to Poland. Hosenfeld saw the horrific treatment of Polish Jews firsthand in Warsaw, where he spent the war years.

The Warsaw ghetto horrified Hosenfeld. “These animals,” Hosenfeld wrote in his diary. “With horrible mass murder of the Jews we have lost this war. We have brought an eternal curse on ourselves and will be forever covered with shame.”

The officer wrote, “We have no right for compassion or mercy; we all have a share in the guilt. I am ashamed to walk in the city.”

Covertly, Hosenfeld began trying to save Polish Jews. He hired men to work at a sports stadium he oversaw. Hosenfeld slipped release papers to others so they could escape Nazi jails.

In 1942, Leon Warm leaped off a train headed for Treblinka. Hosenfeld gave Warm false papers and a job, saving his life.

Wilm Hosenfeld And ‘The Pianist’

Then, in 1944, Hosenfeld discovered a nearly starved man hiding in a bombed Warsaw building. Władysław Szpilman was a celebrity in Poland. The pianist and composer had been playing Chopin on the radio when Germany dropped the first bombs of the war on Warsaw. 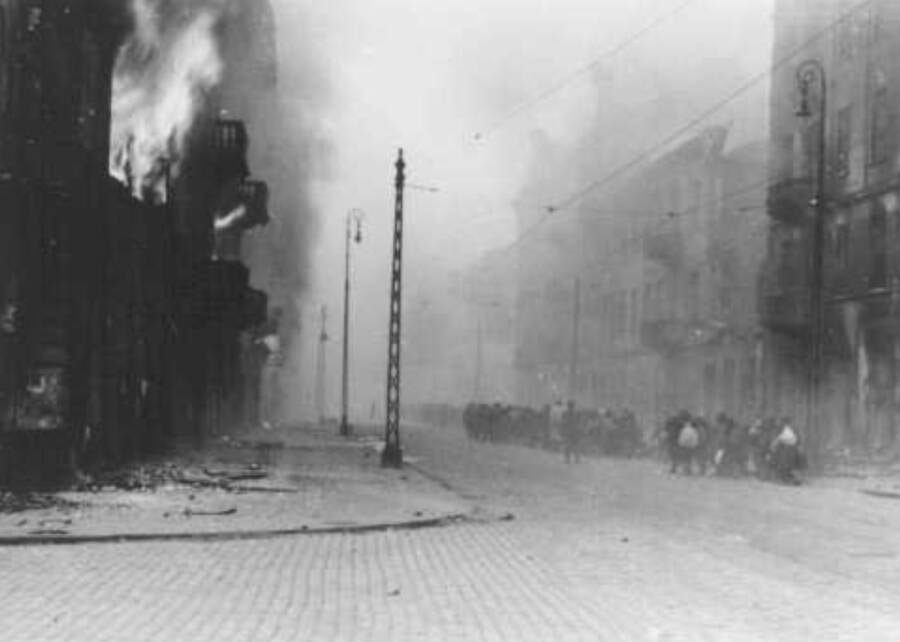 National Archives and Records AdministrationThe Warsaw ghetto in 1943, after Nazis burned the ghetto and sent the last inhabitants to forced labor camps.

Szpilman escaped the train that carried his family to a concentration camp. When the Nazis deported every Jew from the Warsaw ghetto, Szpilman hid in an abandoned building.

Hosenfeld discovered Szpilman on death’s door. The Nazi officer led the pianist to a piano in the deserted manor and asked him to play something for him. Szpilman played Chopin. 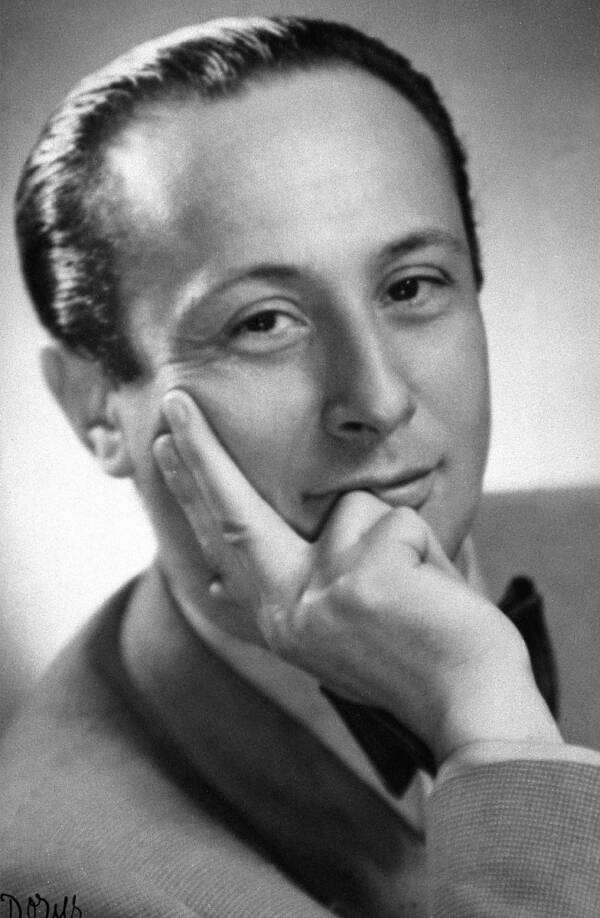 The officer returned multiple times, bringing the pianist food and a warm coat, allowing him to survive for the rest of the war.

The Capture And Torturous Death Of Wilm Hosenfeld

By the end of 1944, the tide of the war had turned against Germany. In Poland, the Soviet army advanced. And in January 1945, they reached Warsaw.

The Soviets captured Wilm Hosenfeld, along with other members of the Wehrmacht. They charged him with spying and hauled him to a military prison.

In 1946, Hosenfeld sent a plea to his wife. In a letter, he listed the names of the Jews he’d saved during the war. And he asked his wife to find Warm and Szpilman, hoping they could help free him.

After five years in a Soviet prison, Hosenfeld went before a military tribunal. The tribunal sentenced the officer to 25 years of hard labor in prison. According to the one-page verdict, Hosenfeld offered no defense.

In a 1950 letter to Szpilman, none other than Leon Warm expressed his hope that something could be done to help Hosenfeld. “All those helped by Hosenfeld or who had some other contact with him will never permit that such accusations be made against him,” Warm wrote. “On the contrary, all are committed to help him for his kindness and to reward him.”

While Hosenfeld languished in prison, Szpilman wrote The Death of a City. The memoir detailed Szpilman’s brutal experience as a Polish Jew during the war. In the book, Szpilman described the kind German officer who saved his life in the final weeks of the war. The memoir would later become The Pianist, a best-selling novel and Oscar-winning film by Roman Polanski.

In 1950, Szpilman finally learned the name of the officer who helped him. But it was too late to save Hosenfeld. The officer died in 1952, locked away in a Soviet prison. The cause of death was likely torture.

Throughout the war, Wilm Hosenfeld likely saved the lives of 60 people, many of them Jewish. But without the pianist Władysław Szpilman, Hosenfeld might have been forgotten.

In his memoir, Szpilman related the kindness Hosenfeld offered during the darkest days of the war. Without Hosenfeld, Szpilman might have starved or frozen in the final weeks before liberation.

At the end of his life, Szpilman wrote to Yad Veshem, Israel’s memorial to the Holocaust, asking them to recognize Hosenfeld. Yad Vashem opened an investigation. The organization reviewed letters from Leon Warm and Hosenfeld’s own diary.

In 2008, Yad Vashem gave Hosenfeld the designation “Righteous Among the Nations.” He became one of fewer than 500 Germans recognized with the honor.

Andrzej Szpilman, the son of Władysław, attended the service after his father’s death. He described Hosenfeld as “a person who helped very many different people from the beginning of the war, regardless of their origin, their religion or race.”

Wilm Hosenfeld saved dozens of lives. Next, view some of the most powerful photos from the Holocaust. Then, learn about other inspiring Holocaust heroes.