When she wasn’t testing her lethal concoctions on hundreds of slaves and children, she was dispatching Nero’s enemies — until she met a brutal end herself. 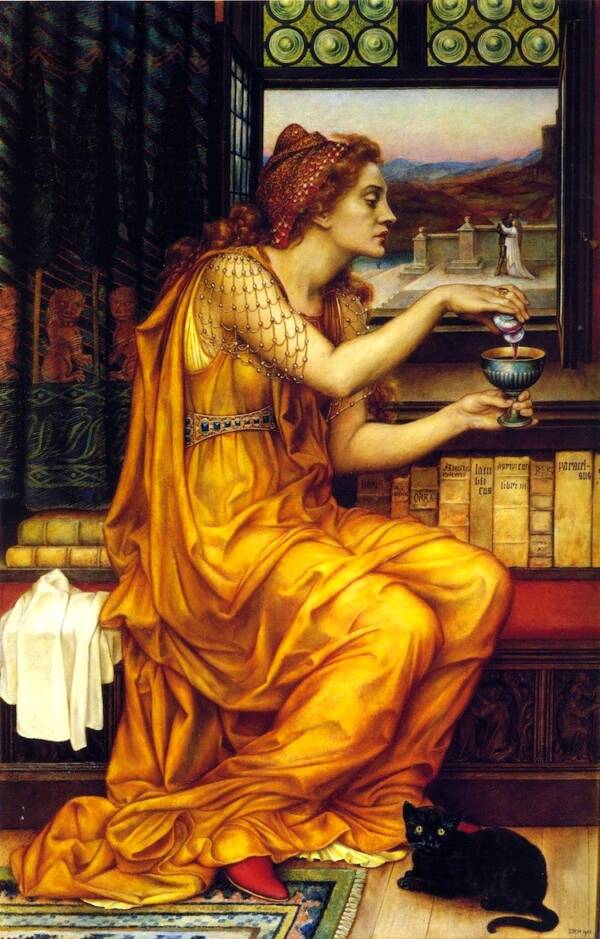 Nearly 2,000 years ago, Rome’s emperors and empresses waged war against each other. Their weapon of choice? Poison. And one woman named Locusta of Gaul became Rome’s deadliest poisoner in the 1st century A.D.

There’s strikingly little about Locusta of Gaul in the historical record — other than the fact that she was a notoriously ruthless killer. But who was the woman that Emperor Nero named his imperial poisoner?

How Did Locusta Come To Rome?

Poisons mixed by Locusta of Gaul took down multiple members of Rome’s imperial court in the 1st century A.D. But mysteries surround Locusta. Based on her name, we know she hailed from Gaul, modern-day France, and carried her knowledge of poisons with her to the empire’s capital.

How did Locusta end up in Rome? It’s possible she was taken captive as a slave. A century earlier, Julius Caesar’s campaign in Gaul had netted as many as one million slaves for the empire.

In Rome, Locusta apparently attracted the attention of the Julio-Claudian dynasty. Rome’s empress turned to Locusta to murder her own husband in 54 CE.

Agrippina the Younger married Emperor Claudius — and then killed him. According to Tacitus, the empress “had long decided on the crime,” and turned to poison. Further, the empress wanted “some rare compound which might derange his mind and delay death” so that no one would suspect the crime.

Agrippina turned to Locusta, “a person skilled in such matters … who had lately been condemned for poisoning.”

Locusta prepared the poison, which servants sprinkled on the emperor’s last meal. But when the poison took too long, Agrippina ensured death by poisoning the emperor a second time.

With Claudius dead, Agrippina could put her son from a previous marriage, Nero, on the throne.

What kinds of poisons did women like Locusta mix in ancient Rome? Locusta relied on deadly substances like arsenic, belladonna, and death cap mushrooms.

And Agrippina was not the only Roman to poison a family member. Claudia Livia Julia poisoned her husband Drusus, next in line to the throne. Nero went after his step-brother with poisons. Caligula filled an entire trunk with poisons.

The imperial court earned such a strong reputation for poison that many relied on tasters or worried constantly about their food. Afraid that someone would strike him down, Nero carried a deadly poison to commit suicide with, rather than die violently by a slower-acting concoction. 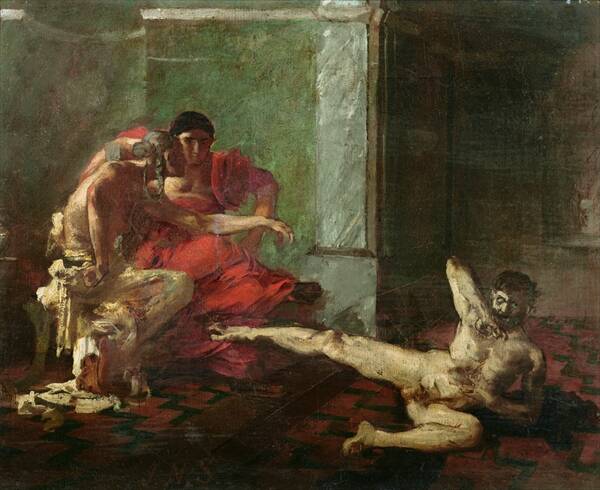 After Claudius died, Locusta of Gaul disappeared from the historical record. That is, until Emperor Nero decided to kill one of his rivals and sought out her services.

Poison had placed Nero on the throne, and now he would use it to secure his position. The emperor grew suspicious of his step-brother Britannicus. Claudius’s son by his third wife, Britannicus had a stronger claim to the throne than Nero, who did not share Claudius’s blood.

So Nero turned to Locusta. Tacitus relates how Nero reached out to a “woman under sentence for poisoning, Locusta by name, with a vast reputation for crime.”

Nero demanded a poison that would kill Britannicus instantly. He promised the poisoner a pardon in exchange for the deadly concoction. So Locusta brewed up a mix of belladonna and threw in arsenic, hellebore, and mandrake.

Somehow, the poison did not kill Britannicus. Nero flew into a rage and flogged Locusta with his own hand. Then he ordered her to test out newer, more powerful poisons on innocent victims.

Once Locusta perfected the recipe, Nero struck. At an imperial dinner, servants brought Britannicus a hot drink. The food taster tested it and found no poison. Britannicus ordered the servants to cool the drink — which they did by adding poisoned water.

Immediately after taking a sip, Britannicus fell to the ground. Nero ordered everyone not to touch his body, claiming his step-brother was having an epileptic fit, and with that, Britannicus was dead.

The successful assassination changed Locusta’s fortunes. Nero named her his official chief poisoner and bestowed estates and servants on her. Nero also sent a steady stream of students to study the art of poisoning under her.

Was Locusta of Gaul A Serial Killer?

Some describe Locusta of Gaul as an opportunist, who tied her fortunes to the imperial family to escape prison or even a death sentence. But others see her as a cold-blooded killer. Was Locusta an opportunist? Or one of history’s first serial killers?

The sources say little about the poisoner’s past. It’s possible she was a slave forced into making poisons by her master. Tacitus says that both Agrippina and Nero learned of Locusta because she was in trouble for making poisons. Locusta may have had few choices but to agree when an empress and an emperor demanded her services.

On the other hand, Locusta has been depicted as a ruthless woman who tested her poisons on the innocent. Under Nero’s watchful eye, Locusta helped poison a slave to perfect a deadly dose. However, Seutonius says she only did so under violent threat from Nero.

But other sources claim Locusta killed indiscriminately. She poisoned animals, slaves, and criminals — along with several members of the imperial family. Some have deemed her a serial killer for racking up a long list of bodies.

The Downfall of Locusta

Emperor Nero promised to protect Locusta. But in 68 A.D., the emperor committed suicide. Locusta did not have time to flee before Nero’s successor, Emperor Galba, sent men to arrest her.

Galba rounded up many of Nero’s closest associates, including the imperial poisoner. Cassius Dio called them “the scum that had come to the surface in Nero’s days.”

As punishment for her crimes, Locusta was hauled through the streets of Rome. Then she was publicly executed.

After her death, many Roman historians condemned Locusta. But did she even commit the dark acts recorded in the writings of Tacitus, Seutonius, and more?

In the 1st century, Roman historians tore apart emperors like Nero and Caligula. They held up these emperors as the antithesis of Roman values. Tales of Nero poisoning his enemies made him look like a coward. Poison, seen as a woman’s weapon, was not the tool Roman men used to confront their rivals.

Locusta’s very existence became a way for Nero’s enemies to criticize him. Did they exaggerate Locusta’s brutality to make Nero look worse? Or was she indeed one of the earliest serial killers? Like so many other historical mysteries, we may never know the truth.

Imperial poisoners aren’t the only surprising thing about ancient Rome. Learn more about Rome’s strange history. Then read about Giulia Tofana, the 17th-century poisoner who helped women kill their husbands.