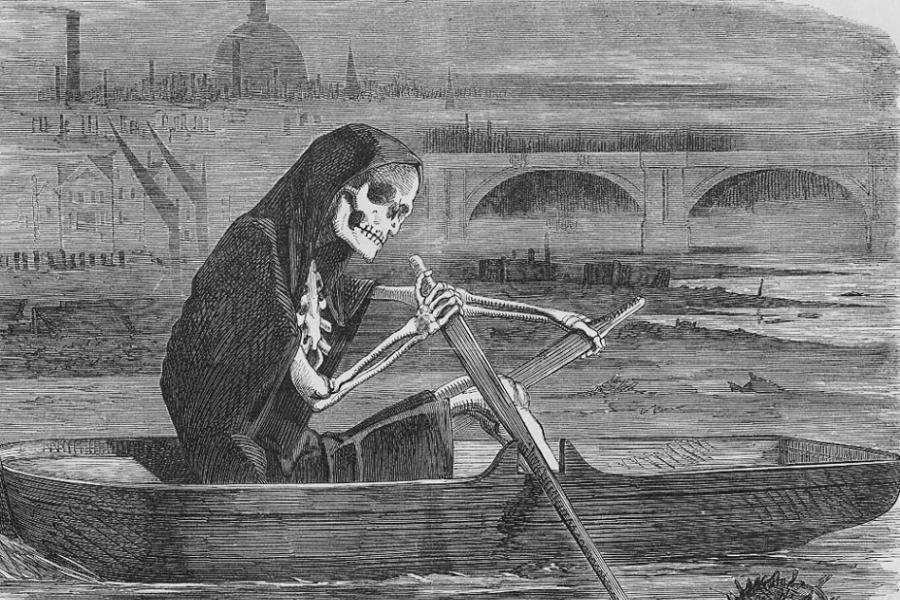 Medieval London was no better than Pompeii; in fact, it was worse in a lot of ways. Pre-industrial England was a society of farms and livestock. Ordinary people couldn’t keep their farms in the city, of course, but they sure kept their livestock.

Medieval English farmers kept cows, pigs, and sheep anywhere they lived, and in an age before trucks, waste disposal for all those animals was in the hands – literally – of specialized street cleaners called muck rakers. Their solution to the problem was to dump the mess into the Thames, which also caught the runoff from the slaughterhouses and tanneries in the city, where boiled excrement was used to soften leather and vats of urine were used to treat wool.

People’s houses were just as bad as public spaces. Most city-dwellers homes had wooden or clay floors that were covered with rushes or straw. The top layer would occasionally get scraped off and thrown out, but the lower layers could sit undisturbed for a lifetime.

Here’s a 15th-century account from Dutch scholar Erasmus, complaining about the caked filth on people’s floors:

“[The floors] are covered with rushes, occasionally renewed, but so imperfectly that the bottom layer is left undisturbed, sometimes for twenty years, harbouring expectoration, vomiting, the leakage of dogs and men, ale droppings, scraps of fish, and other abominations not fit to be mentioned. Whenever the weather changes a vapour is exhaled, which I consider very detrimental to health…

I am confident the island would be much more salubrious if the use of rushes were abandoned, and if the rooms were built in such a way as to be exposed to the sky on two or three sides, and all the windows so built as to be opened or closed at once, and so completely closed as not to admit the foul air through chinks; for as it is beneficial to health to admit the air, so it is equally beneficial at times to exclude it”