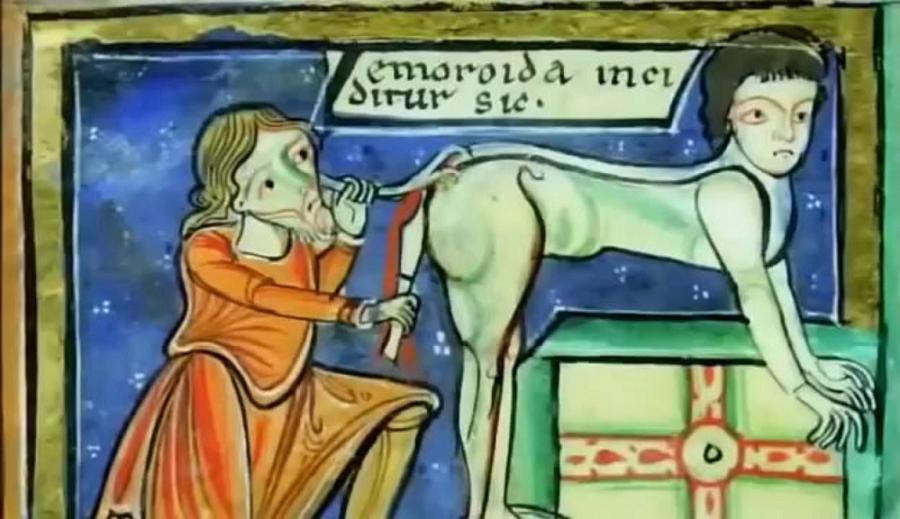 Most of the people who have ever lived did so as farm workers. Depending on the society, between 80 and 90 percent of people might have been tied to the land in some way, and most seemed to live lives of quiet desperation, judging by how eager they were to escape to the city.

It isn’t hard to see why; peasant labor in the fields required spreading animal and human dung over the soil, and then digging in it to plant seeds and pull up weeds. Animal butchery usually took place at home, with the entrails and other waste carried out to the hogs as slop.

In Northern Europe, during the long, cold winters, households kept animals indoors, with all of the odor and disease that comes with it. A typical medieval or ancient peasant looked dirty from the day’s work, wore the same outfit from one day to the next, and smelled like the goats he slept next to.

The unpleasantness didn’t stop with the harvest. Remember that all food on the farm had to be made from scratch, so every dwelling had a woman in front of it stripping feathers off of a rooster or goose, assuming the family had meat to spare.

In Europe, the staple diet of the 13th century was potage, which was a kind of soup made from whatever scraps of bread or meal were lying around, all dissolved in beer and eaten with a wooden spoon or the fingers. Worse, the beer tasted terrible because Flemish hops weren’t available in most areas until the 1500s.

While we have few firsthand accounts of peasant life, this passage from the Salic Law (from Dark Ages France) provides an interesting peek into how bad the rural poverty could get:

“If any one shall have dug up and plundered a corpse already buried, and it shall have been proved on him, he shall be outlawed until the day when he comes to an agreement with the relatives of the dead man, and they ask for him that he be allowed to come [back] among men.”