Diseases And Wounds Were Gory And Omnipresent 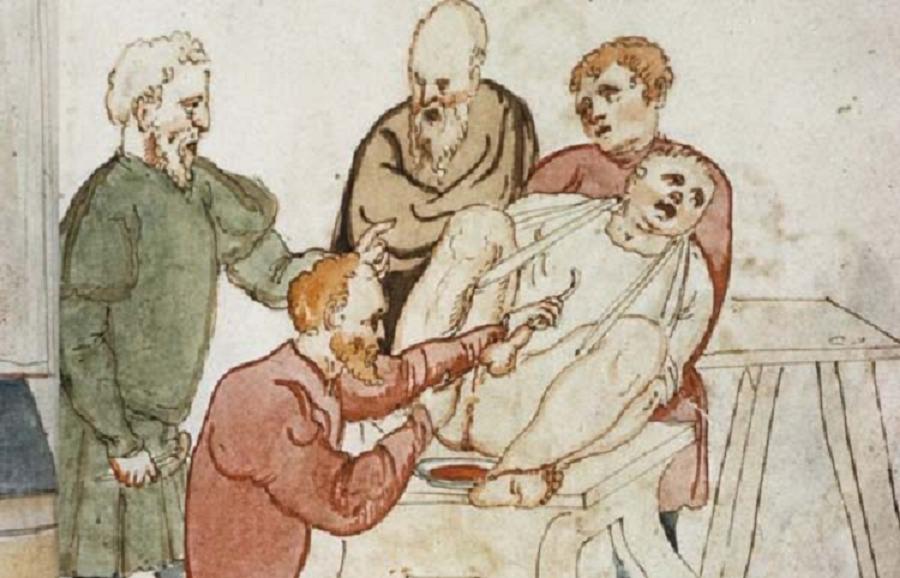 As you would expect for people with a monotonous high-carb diet, and whose physical exercise seems to have included grave robbing, many people of the pre-industrial era walked around with some hideous diseases.

They also hobbled around; in a pre-scientific age, what are now easily treatable diseases such as leprosy, diabetes, and dysentery meant death or disability to huge numbers of people. Some times and places were worse than others.

“The symptoms were not the same as in the East, where a gush of blood from the nose was the plain sign of inevitable death; but it began both in men and women with certain swellings in the groin or under the armpit… Soon after this the symptoms changed and black or purple spots appeared on the arms or thighs or any other part of the body, sometimes a few large ones, sometimes many little ones. These spots were a certain sign of death, just as the original tumor had been and still remained.”

Even the less dramatic ailments abounded, as did the most appalling injuries. Medical treatment of the time didn’t have access to germ theory or handwashing, so quite a few people lived with open sores and amputated limbs.

From the account of Muslim soldier Usamah ibn Munqidh, who was attached to the court of Saladin:

The king of the Franks had for treasurer a knight named Bernard, who (may Allah’s curse be upon him!) was one of the most accursed and wicked among the Franks. A horse kicked him in the leg, which was subsequently infected and which opened in 14 different places. Every time one of these cuts would close in one place, another would open in another place. All this happened while I was praying for his perdition. Then came to him a Frankish physician and removed from the leg all the ointments which were on it and began to wash it with very strong vinegar. By this treatment all the cuts were healed and the man became well again. He was up again like a devil.”

Next, read about the most painful Medieval torture devices and the excruiating medical practices of the Middle Ages. And be sure to like All That Is Interesting on Facebook!