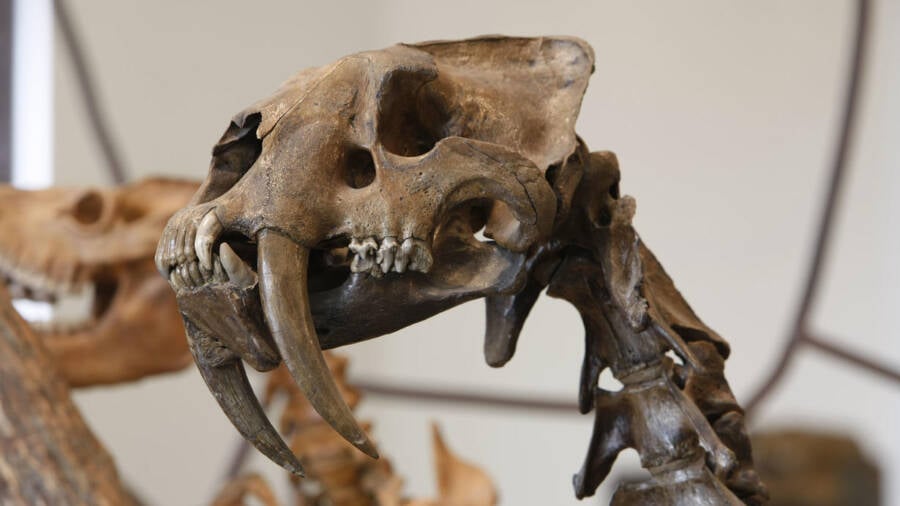 Perhaps the most famous prehistoric animal on this list is the Smilodon, or saber-toothed cat. Its striking canine teeth give it an especially fearsome appearance.

The Smilodon lived between 2.5 million to 11,700 years ago, and populated the forests of North and South America. The cat varied in size depending on the species. Smilodon gracilis grew to about 150 pounds, Smilodon fatalis at 200 pounds, and Smilodon populator tipped the scales at around 500 pounds.

One recently discovered Smilodon populator fossil, however, suggests that the cat could have been much bigger. Based on the size of its head, scientists think that it could have grown to weigh 1,000 pounds.

Regardless of size, these big cats shared one defining characteristic: their canine teeth. Set on the side of their jaw, these sharp fangs hung menacingly on either side of the cat’s face. To stab their prey, the saber-toothed cats had to open their mouths more than 90 degrees. 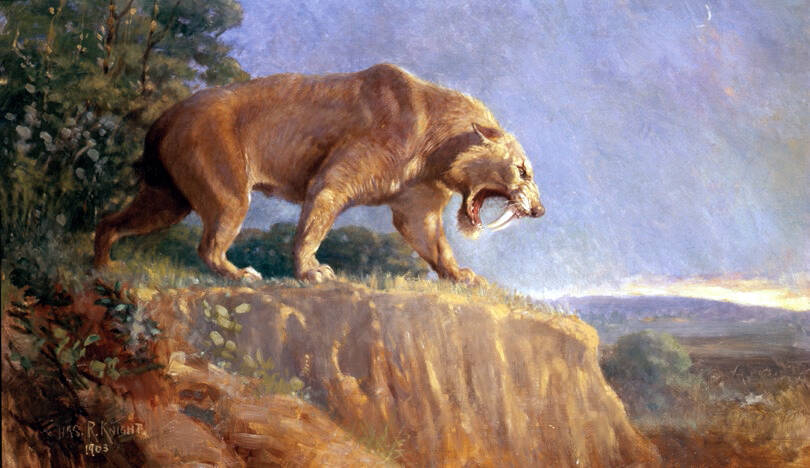 Surprisingly, however, the big cats’ teeth were fragile. They sometimes lost them entirely while fighting to subdue their prey. As such, the cats often hunted from the trees. Using the element of surprise, they leaped from the branches and sunk their teeth into unsuspecting animals below.

They were nonetheless effective killers. The saber-toothed cats likely preyed on bison, sloths, mammoths, horses, pigs, and llamas. In other words, they killed whatever they could.

Sometimes, the pursuit of prey proved fatal for the Smilodon. Thousands of saber-toothed cat bones have been extracted from the La Brea Tar Pits in California. There, many Smilodon met a literal sticky end while chasing prey into the pits.

A changing climate — and the ensuing lack of prey — likely spelled the end for these terrifyingly majestic ancient animals.