A group of paleontologists discovered the rare fossils of the ancient Phoebodus shark in Morocco. 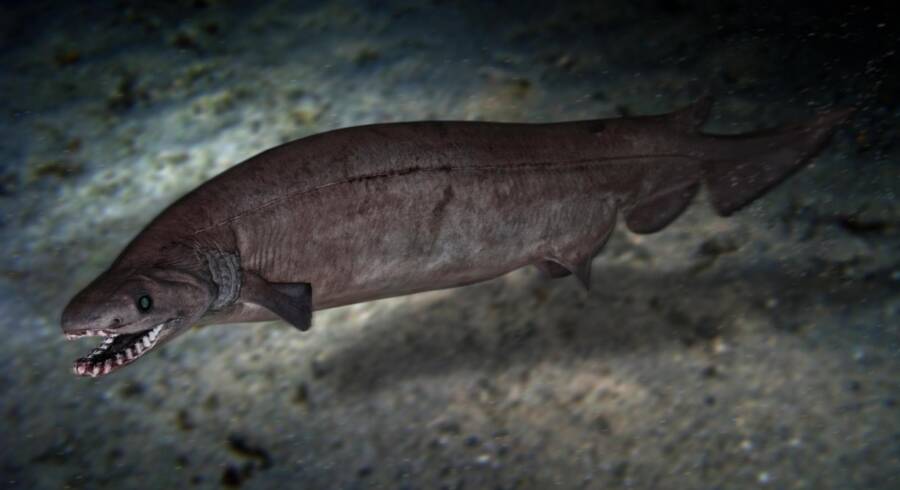 Paulo Oliveria/AlamyRecently discovered fossils revealed that there were once serpent-like sharks.

There are more than 500 species of shark swimming in our oceans today, and these species differ greatly in their shapes, sizes, feeding habits, and behavior. But one very primitive shark genus known as Phoebodus sticks out from the rest, considering it actually looked nothing like the sharks we are familiar with — instead, it looked strikingly more like an eel.

Not much was known about Phoebodus until a group of paleontologists uncovered an exceptionally well-preserved fossil of it from 360 million years ago.

According to National Geographic, the scientists uncovered several skulls and an almost complete skeleton from two species of Phoebodus while working in eastern Morocco.

Researchers found that Phoebodus had an elongated, eel-like body with a long snout, making it the only-known jawed vertebrate of its time to have an “anguilliform body shape.”

What’s even more exciting about this discovery is just how rare it is to find shark fossils at all. Shark skeletons are made of cartilage which is weaker than solid bone and subject to deterioration much faster. But because of the location in which this ancient shark died, its skeleton could be preserved.

The fossils were unearthed in what used to be a shallow sea basin during the Devonian era. When the sharks died there, the limited water circulation and low oxygen levels from the basin created an environment that prevented their bodies from deteriorating, from being picked off by scavengers, or consumed by bacteria, and eroded by sea currents.

“Although the shark Phoebodus was known from plenty of teeth material for decades, skeletons were completely absent before our recent discoveries,” the study’s co-author Linda Frey from the Palaeontologocial Institute and Museum at the University of Zurich told IFLScience. 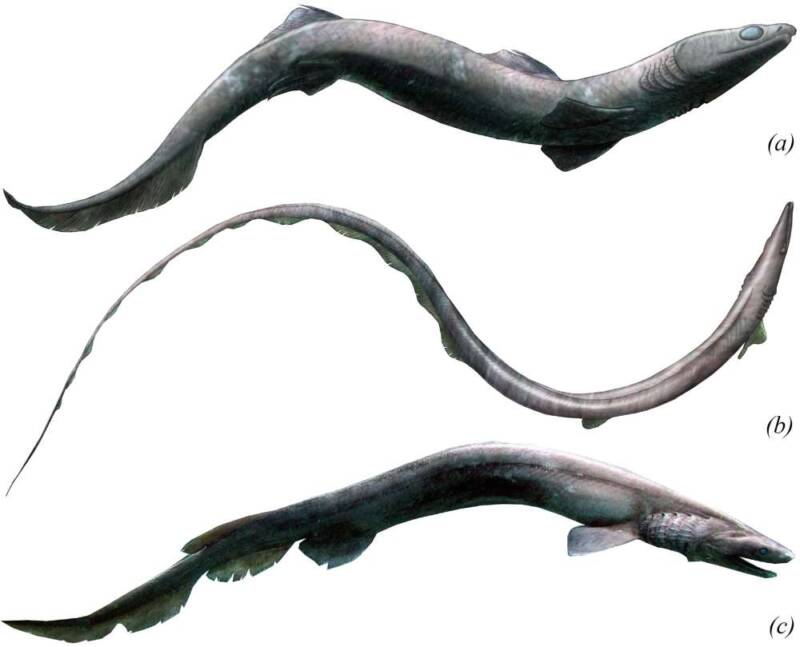 Linda Frey and Christian Klug/Paläontologisches Institut und Museum/University of ZurichReconstruction of a). Phoebodus, b) T. gracia, and c) the frilled shark.

Frey added that the team was “overwhelmed” by making such a discovery which has been published in detail in the journal Proceedings of the Royal Society B.

Although Phoebodus is believed to have gone extinct in the early Carboniferous period, there is a modern-day shark that shares its distinct serpent look.

The frilled shark, or Chlamydoselachus anguineus, is found in the Atlantic and Pacific Oceans, but is a reclusive species and, thus, difficult to observe closely.

Researchers did manage to compare a CT scan of the fossilized Phoebodus remains with the skeleton of a frilled shark and found that while they look similar, these two breeds of shark likely possess very different genetics.

One trait they do seem to share is the shape of their teeth, which are serrated and separated into rows. Researchers hope that this shared physical feature can give them clues as to how the primitive shark fed. 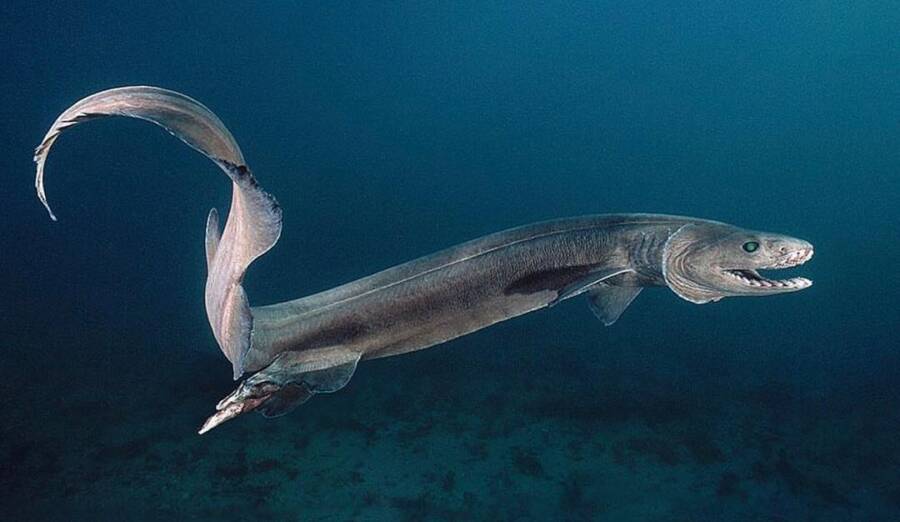 TwitterThe frilled shark is itself difficult to observe as it dwells at deep depths and is reclusive.

“The frilled shark is a specialized predator, with the ability to suddenly burst forward to catch its prey,” said modern shark expert David Ebert, who works at the Pacific Shark Research Center and has studied the frilled shark for decades. “The inward-pointing teeth then help to make sure the prey can only go one way: into its throat. Maybe Phoebodus did something similar.”

To fill in the gaps of their hypothesis on how Phoebodus hunted, the researchers have also looked to an unrelated species that bears a surprisingly similar skull, jaw, and teeth structure with the ancient shark: the alligator gar.

The Phoebodus and alligator gar, though two different animals, both have long jaws and a flat skull. The downside of this type of jaw structure is a limited bite force but, according to gar expert Justin Lemberg of the University of Chicago, it also has its advantages.

“Flat heads and long jaws are great for snapping sideways at prey,” Lemberg explained. Comparing similarities between two different animals — one living and one dead — is not as far-fetched as it may seem, and paleontologists often look to other species to find clues to the behaviors of those that have long been extinct.

“When a certain structure or strategy is effective, there is a tendency for it to show up time and time again — both in living creatures and in the fossil record,” Lemberg added.

“While a lot has changed since Phoebodus swam the Devonian oceans, the physics of feeding in water have not.”

Next, read how 25 million-year-old mega-shark teeth were discovered by an amateur fossil hunter and take a look at the animal-shaped baby bottles that prehistoric parents used to feed their babies.