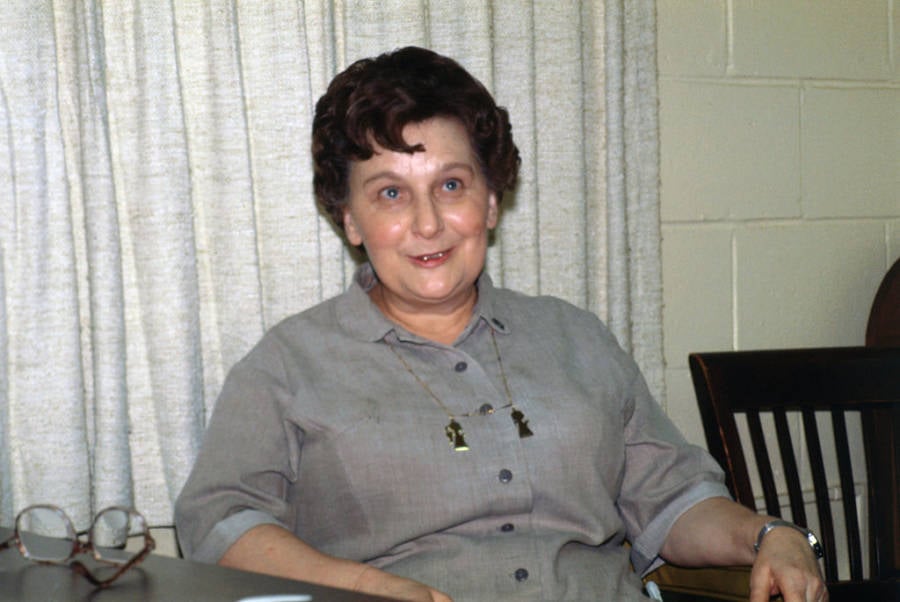 All her friends and neighbors said it was a shame about Velma Barfield — she was such a nice, devout lady, and she had the worst luck. Everyone she was close to somehow ended up dead.

They agreed that the Lord moved in mysterious ways. But there wasn’t really anything mystery about it: Velma Barfield was killing people.

She married her first husband at 17, and the relationship was steady — until an emergency hysterectomy resulted in a devastating painkiller addiction that sent Velma spiraling into dependence and depression.

Her husband started to drink, and the couple fought incessantly until one night Velma took the kids and walked out. While she was away, the house burned down, taking her passed-out husband with it.

Her second marriage followed close on the heels of her first husband’s death, and it too was plagued by arguments and prescription abuse. Less than a year after they said their vows, Velma’s second husband died of a heart attack.

When a fire destroyed Velma’s (insured) home yet again, she moved in with her mother — who became suddenly unwell and died of her symptoms: a violently upset stomach, almost as though she ate something she shouldn’t have.

Velma then took a job as a caretaker to an elderly couple, both of whom died from the same strange stomach complaint within a month of each other.

Velma took on more patients, and more people died — until finally a doctor decided to autopsy one of her victims and found arsenic. The whole scheme — a complicated mess of forged checks and prescription drug abuse — came tumbling into the light of day.

Her second husband’s body was exhumed and also showed traces of arsenic, revealing to prosecutors the full history of Velma’s serial murders.

Velma Barfield was found guilty and sentenced to death. She is one of just 16 women to have been executed in the United States since the moratorium on capital punishment was lifted in 1976.

For more of humanity’s darkest deeds and heinous murderers, read up on Medieval torture devices and the most evil science experiments ever conducted. Then consider the five worst ways to die. And be sure to like All That’s Interesting on Facebook before you go!