The 12-foot, 200-pound punt gun could kill up to 100 ducks at a time — nearly annihilating America's waterfowl population by the 1860s.

Though comically large, the punt gun was no laughing matter. The 10-foot, 100-pound weapon was so deadly to North America’s waterfowl that it was outlawed by 1918, as just a single shot from the one-gauge gun could kill 50 to 90 ducks — or an entire flock. 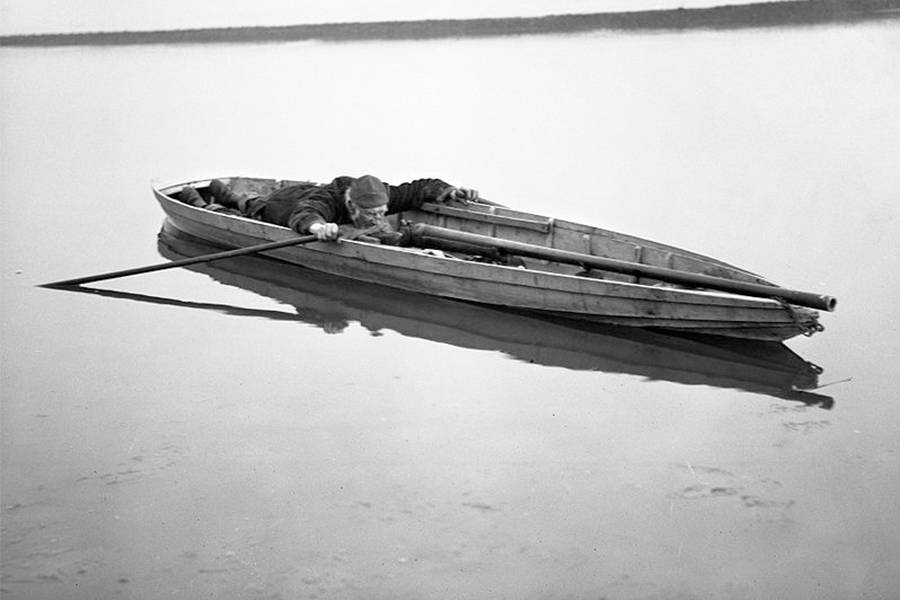 Wikimedia CommonsA hunter sits with a punt gun or duck shooter in a punt boat made specifically to accommodate the massive weapon.

Sometimes spanning up to 13 feet long, the massive weapon was usually wielded from a specially designed punt boat.

Professional duck hunters made a literal killing in the late 19th and early 20th centuries off this weapon, with one American market hunter claiming to have taken 1,000 ducks in a single night.

Throughout the early 1800s in both the United States and the United Kingdom, duck hunting was a common practice. Demand for meat had risen as well as the demand for feathers for women’s hats, so in order to make hunting easier, hunters began looking into ways to kill multiple ducks at once, and with much more ease.

Custom-built and clocking in at over eight feet long and two inches in diameter, the shotgun packed a punch. Firing over a pound of ammunition at once, the gun could kill between 50 and 100 waterfowl with one shot, leaving their bodies floating on the surface for the hunters to collect.

The gun usually featured a single barrel instead of a double, though double barrel versions did exist, they didn’t fire nearly as many powerful shots as their single-barreled counterparts. 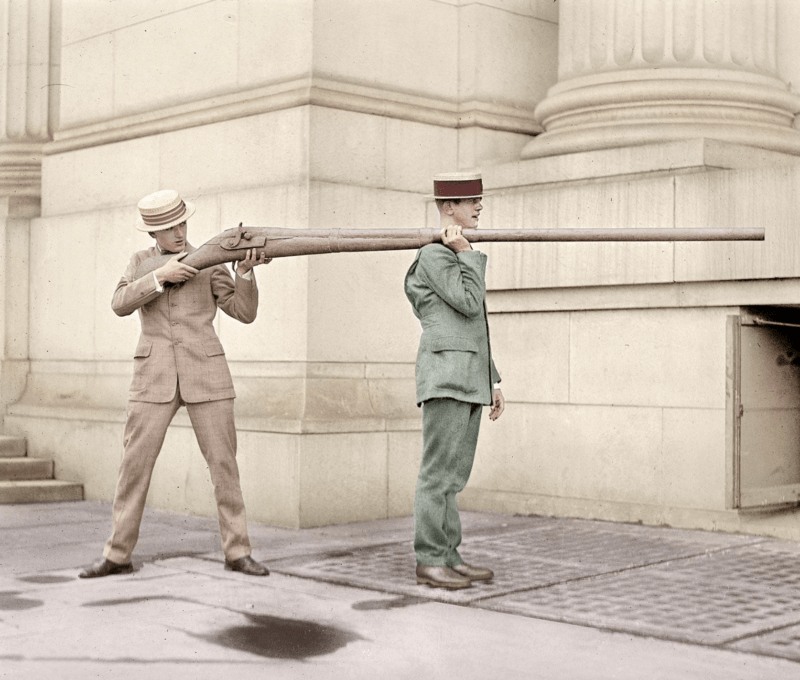 RedditA colorized image of two young men carrying a punt gun or duck shooter, a weapon outlawed due to how severely it depleted North America’s population of waterfowl.

But even though the gun was wildly effective, it was too big for one hunter to use by himself. So, the hunters developed punt boats that could hold the weight and size of the gun. These boats were long and slender with enough room inside for one gun and one man. And when the guns fired, the boat would actually be blown back several feet.

Working in groups of eight to 10 boats, the hunters would circle around an entire flock of waterfowl. Coordinating their shots, they would fire at once. In under a minute, a handful of hunters could take out an entire flock of birds, sometimes 500 at once.

Too Effective For Its Own Good 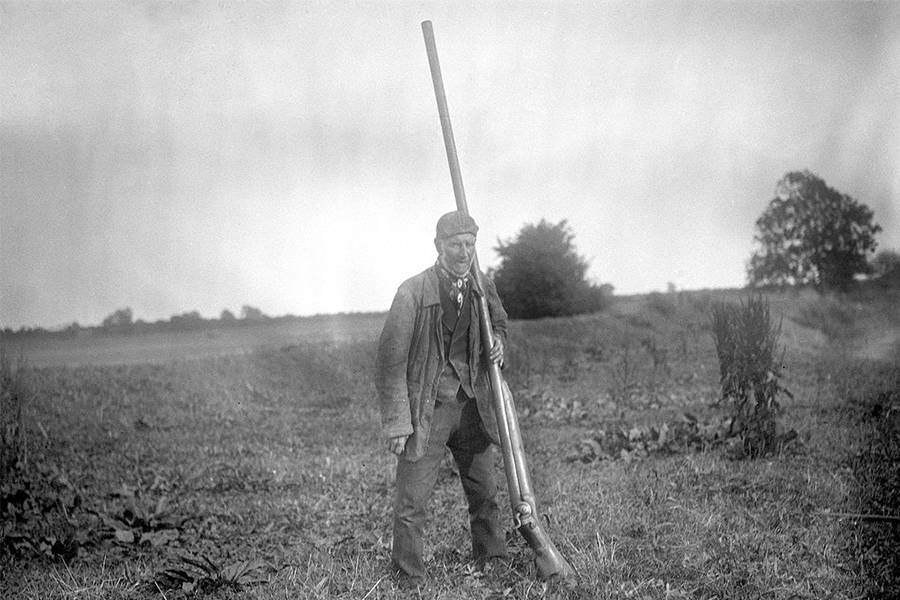 Wikimedia CommonsThe powerful weapon proved too deadly to North American duck populations and was eventually outlawed for use by 1918.

Unfortunately, the punt gun wasn’t destined to last. The weapons industry didn’t support the oversized, cumbersome design, and it was never mass produced.

Additionally, the guns proved to be too deadly. As one American market hunter named Ray Todd claimed, he and three other hunters once killed an entire flock of ducks “over a half-mile long and nearly as wide.”

He added that by morning, “We had killed over 1,000 ducks … it was the best night’s work we had ever done.”

It almost goes without saying that before long, waterfowl populations in the United States began to fall dramatically.

Their numbers had dropped so much due to the effectiveness of the gun, that the U.S. government worked to pass legislation that would make both market hunting and the transport of game across state lines illegal. In fact, it was hunters for sport and not for market that pushed this legislation forward.

Between 1900 and 1918, a series of federal laws were enacted that effectively outlawed the punt gun, along with punt boats. Though it is still legal to own a punt gun in the United States, it is not permitted to use one.

The Use Of Punt Guns Today

Today, punt guns are a novelty item, with less than 100 in use around the world. In the United States, they exist mostly as a collector’s item or a piece of history for gun collectors with a penchant for the unusual. In the United Kingdom, however, they get a little more use.

Less than 50 of the guns are still in use in the U.K., and when they are, it’s usually ceremonial. There are restrictions on punt gun usage across the country, most of which insist upon smaller barrel sizes and less ammunition. In ceremonies, the guns are used mostly to celebrate royalty.

Upon her 1897 Diamond Jubilee, for instance, Queen Victoria requested a punt gun salute. Since then, every coronation and jubilee in the United Kingdom has been honored with such a salute. Indeed, during the Diamond Jubilee of Queen Elizabeth II in 2012, a 21-punt gun salute was fired.

Though North America’s waterfowl are safe from punt guns, ducks across America are disappearing today due to widespread habitat loss and climate change.

After reading about the punt gun, check out the killdozer, another oversized weapon of mass destruction. Then, read about some of the craziest Nazi weapons ever created.