Meet The Bullet Ant, The Tiny Insect With The Most Painful Sting On Planet Earth

It may be only an inch long, but the bullet ant has an excruciating sting that leaves victims in agony, including temporary paralysis and hallucinations.

The bullet ant — sometimes called the 24-hour ant or conga ant — measures just over an inch long, but its sting can deliver a positively gargantuan amount of pain. Those who have had the severe misfortune of being stung by this tiny rainforest creature say the pain is unequal to anything else on Earth.

Yet, for all the agony that this little ant can cause, its venom may prove to have some medicinal benefits. What’s more, a group of Indigenous Brazilians native to the state of Amazonas uses the sting of Paraponera clavata in an important initiation rite for their most fearsome warriors.

This is everything you need to know about the bullet ant, the brutal little bug that strikes fear and terror into the hearts of all who’ve ever had the misfortune of encountering it.

Why The Bullet Ant Is The Nightmare Of The Rainforest

Fully grown, the bullet ant measures a mere 1.2 inches in length, according to ThoughtCo. Like many insects, it survives on a diet of nectar and tiny arthropods. It also lives a very short life, with few ants making it past the 90-day mark. 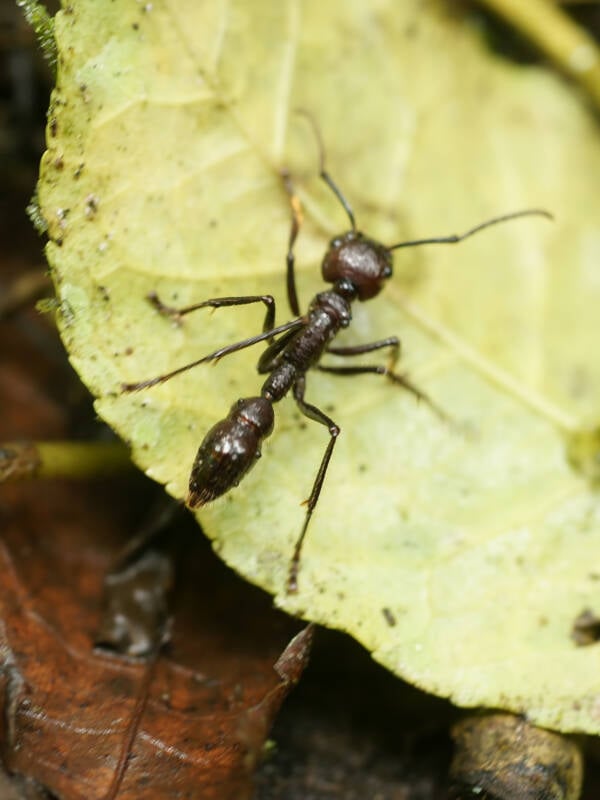 Wikimedia CommonsParaponera clavata is native to the tropical rainforests of Central and South America.

So, on the surface, the bullet ant doesn’t seem so scary.

But there’s a reason this minuscule monster has earned its sinister name. Anyone who has ever experienced its sting describes the pain as nothing they’ve ever felt before — or since. According to Culture Trip, entomologist Dr. Justin Schmidt once said the bullet ant’s sting is “pure, intense, brilliant pain. Like walking over flaming charcoal with a three-inch nail embedded in your heel.”

The pain is so excruciating, in fact, that it exceeds the highest threshold of four on the Schmidt Pain Scale for Stinging Insects that the entomologist developed. For reference, the honeybee sting scores a two on the scale.

Fortunately, there have never been any reports of a victim dying from a bullet ant’s venom. What’s more, the pain naturally dissipates within 24 hours — hence the Venezuelan nickname the “24-hour ant” — and the creature doesn’t get aggressive unless provoked.

But even though one victim of the insect was noted as saying “there will be nothing in your world apart from pain” if you’re unlucky enough to get up close and personal with the bullet ant, the nature of the tiny beast’s venom has led scientists to research its potential use in medicine.

It’s not unusual for venom of all kinds to be used in various medicinal treatments — Botox, after all, is made from the ever-popular botulinum toxin — and the venom from the bullet ant is no exception.

In a 2001 scientific paper published in Protein Spotlight, Vivienne Baillie Gerritsen pointed out that the venom from Paraponera clavata has been used by native Amazonians for centuries as a treatment for rheumatism.

And according to VICE, in 1968, a German man named Gunter Holzmann who was living and working in the Bolivian Amazon found this Indigenous treatment to relieve his bouts of arthritis. Indeed, ant venom has historically been used in eastern medicinal practices due to its supposed anti-inflammatory properties.

VICE notes that venom from various species of ants has been utilized in India to improve eyesight, Morocco to relieve fatigue, and Australia to treat headaches.

And then there are some cultures that use the bullet ant’s sting as a rite of passage into adulthood.

The Excruciating Ritual Of The Sateré-Mawé Warriors

The Sateré-Mawé, a native group of Amazonians who live in what is today Brazil, are not only known for their cultivation of guaraná but also for their use of bullet ant venom in the initiation rites for young men coming of age. 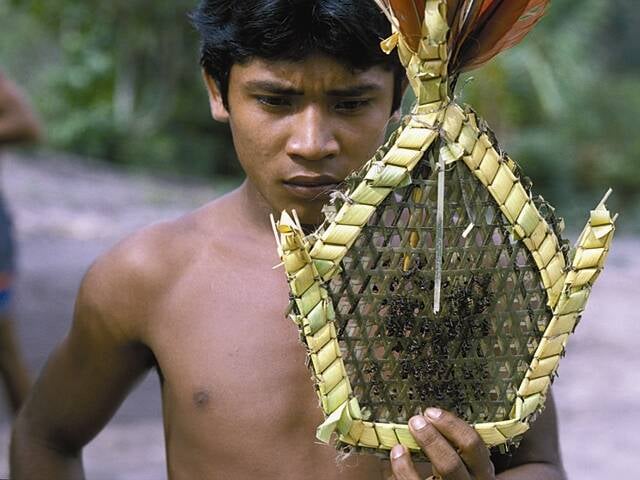 According to Smithsonian, tribe members first soak the critters in a natural sedative, rendering them unconscious. The ants are then woven into gloves made of leaves and placed onto the hands of boys as young as 12, with the stingers facing inwards. What happens next is, perhaps, predictable: the ants wake up, madder than hatters, and proceed to sting the unfortunate souls for the next ten minutes.

Muscle spasms, disorientation, and even hallucinations tend to follow. But young Sateré-Mawé warriors don’t experience this agonizing ritual just once. They must go through the ceremony 20 times before they’re fully considered adults.

According to the tribe’s chief, the purpose of the rite is to show the boys that no one can go through life “without suffering anything or without any kind of effort.”

Unless you are a member of the Sateré-Mawé tribe, however, experts suggest that you avoid the bullet ant at all costs. Should you happen to encounter one in the wild, do not provoke it or otherwise bother its natural habitat. And if, despite your best efforts, you do end up getting stung by one, take comfort in knowing that the pain will dissipate within 24 hours.

But it will be the most painful 24 hours of your life.

Now that you’ve read all about the bullet ant, learn more about the giant water bug that delivers a painful sting of its own. Then, read about more of the creepiest insects on planet Earth.