Insects comprise about 90% of all living things in the world, but you'll wish they didn't after you see these five creepy insects! 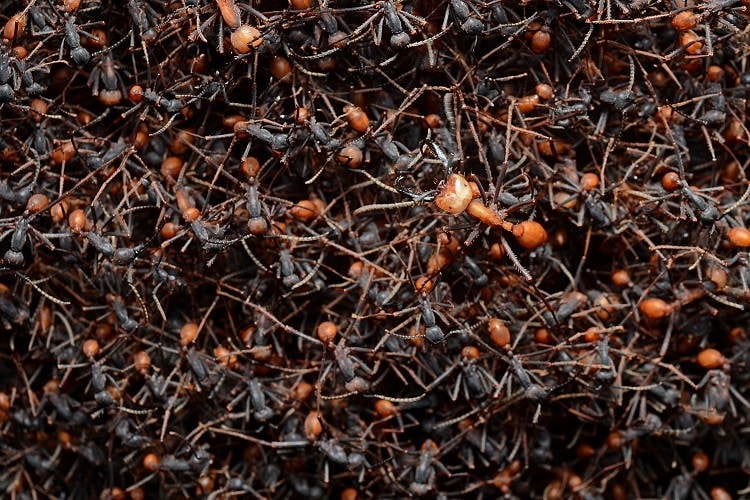 Sometimes truth is stranger than the fiction seen on the silver screen. Case in point? Insects. Between six and ten million insect species live on Earth, representing more than 90 percent of differing animals on the planet. Their sheer numbers can be daunting for humans to comprehend, especially when estimates say that for every living human being there are 1.5 billion insects, or 10 quintillion at any given time.

That’s 10,000,000,000,000,000,000, if you were wondering. And while many insects serve an ecological purpose that benefits those higher on the food chain, many people fear insects, which they consider to be creepy crawlies. Horror movie makers have capitalized on this fear for years, creating films that feature gigantic versions of tiny creatures like ants that take over the world. Here are some of the creepiest insects on earth and how filmmakers have used them to their benefit.

Anyone who has ever stepped into a fire ant hill doesn’t know what pain is. Try being stung by a bullet ant of Central and South America. The aftermath has been described as “waves of burning, throbbing, all-consuming pain that continues unabated for up to 24 hours.” Some have defined it more succinctly by comparing the pain to a gun shot wound, which is where the ant got its name.

Don’t believe it? Watch as this guy unravels into a crying mess.