The concrete structure was never built with the long term in mind as the bottom was never properly lined. As such, it could be leaking into the ocean right now. 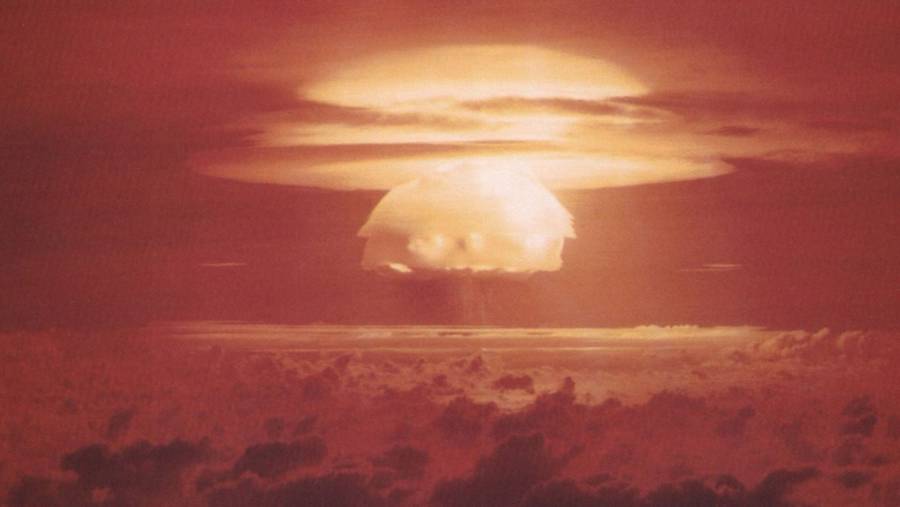 Nuclear testing in the Pacific might be a remnant of the Cold War-era, but the fallout from this period has a much longer memory that persists today. For instance, according to AFP, radioactive waste from the generation of a Cold War atomic bomb secured in a concrete dome in the Marshall Islands is now leaking into the ocean.

UN Secretary-General, Antonio Guterres, voiced his concerns on this matter to students in Fiji last week. Describing the enclosure as “a kind of coffin,” Guterres explained that the legacy of these atomic bomb tests in the 20th century is to deal with their consequences now.

“The Pacific was victimized in the past as we all know,” he said in reference to both U.S. and French bomb testing in those waters. “The consequences of these have been quite dramatic, in relation to health, in relation to the poisoning of waters in some areas.”

To his point, thousands of Pacific Islanders were exposed to radioactive fallout throughout some 67 American nuclear tests at the Bikini and Enewetak atolls between 1946 and 1958. At this time, numerous people were evacuated from their ancestral lands and resettled elsewhere.

But the exorbitant environmental damage could not be avoided. Indeed, he 1954 “Castle Bravo” hydrogen bomb, the most powerful bomb ever detonated by the United States, had a destructive force 1,000 times more than the bomb dropped on Hiroshima nine years earlier.

An RT News segment on the radioactive ‘coffin’ in the Pacific.

“I’ve just been with the President of the Marshall Islands (Hilda Heine), who is very worried because there is a risk of leaking of radioactive materials that are contained in a kind of coffin in the area,” said Guterres.

The structure in question was built in the late 1970s on Runit Island and has not been as secure as previously thought. In the 1980s, the radioactive ash and soil produced by dozens of tests were dumped into the cavernous concrete crater and capped off with a dome 18 inches thick. Unfortunately, those in charge of the $218 million disposal project didn’t plan for the long term, according to the Washington Post, and never lined the bottom of the structure with the requisite materials.

“The bottom of the dome is just what was left behind by the nuclear weapons explosion,” Michael Gerrard, chair of Columbia University’s Earth Institute, reported. “It’s permeable soil. There was no effort to line it. And therefore, the seawater is inside the dome.”

Decades of exposure to the radioactive contents have essentially removed the structural integrity of the “coffin” as it’s been called and experts are worried that one tropical cyclone could break the entire thing apart. Inside the structure is the fallout from plutonium-239, an isotope that is one of the world’s most toxic substances, with a radioactive half-life of 24,100 years.

As such, Guterres — who is on a public speaking run of the South Pacific to raise awareness of climate change issues — is worried that the unfinished bottom of the dome is in direct contact with the waters beneath. 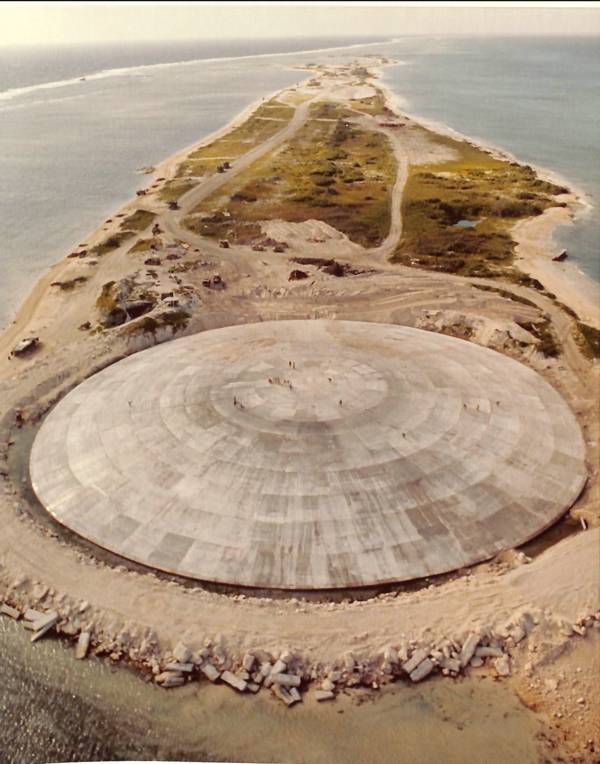 Wikimedia CommonsThe Runit Island Dome holds 84,000 cubic meters of radioactive soil and ash. Unfortunately, the bottom was never fully lined to prevent it from leaking into the ocean.

Guterres’ climate change concerns are tied directly to the Enewetak atoll’s troubling structure as visible cracks have already developed in the concrete. Though Guterres hasn’t exactly provided a strategy to address this, awareness is certainly a valuable first step.

“A lot needs to be done in relation to the explosions that took place in French Polynesia and the Marshall Islands,” he said. “This is in relation to health consequences, the impact on communities and other aspects.”

“Of course there are questions of compensation and mechanisms to allow these impacts to be minimized,” he added.

Hopefully, a well-informed community of scientists and environmentalists can come together sooner rather than later to formulate an effective approach to resolve this terrifying issue. Ideally, of course, that would take place before the next storm season kicks into gear.

Next up, read about some Pacific Islanders’ DNA not being linked to any known human ancestor. Then, take a look at 37 photos of Chernobyl today after being frozen in time by a nunclear meltdown.