In 1995, Rand Gauthier snuck into Tommy Lee and Pamela Anderson's mansion to steal a safe that he thought contained jewelry and guns — only to realize that it also held their private sex tape.

The Tommy Lee and Pamela Anderson sex tape is one of the most famous — or infamous — such videos of all time. But less is known about the man who stole it from them and shared it with the world: Rand Gauthier.

Inside, he found a tiny black tape with nearly an hour of salacious footage. 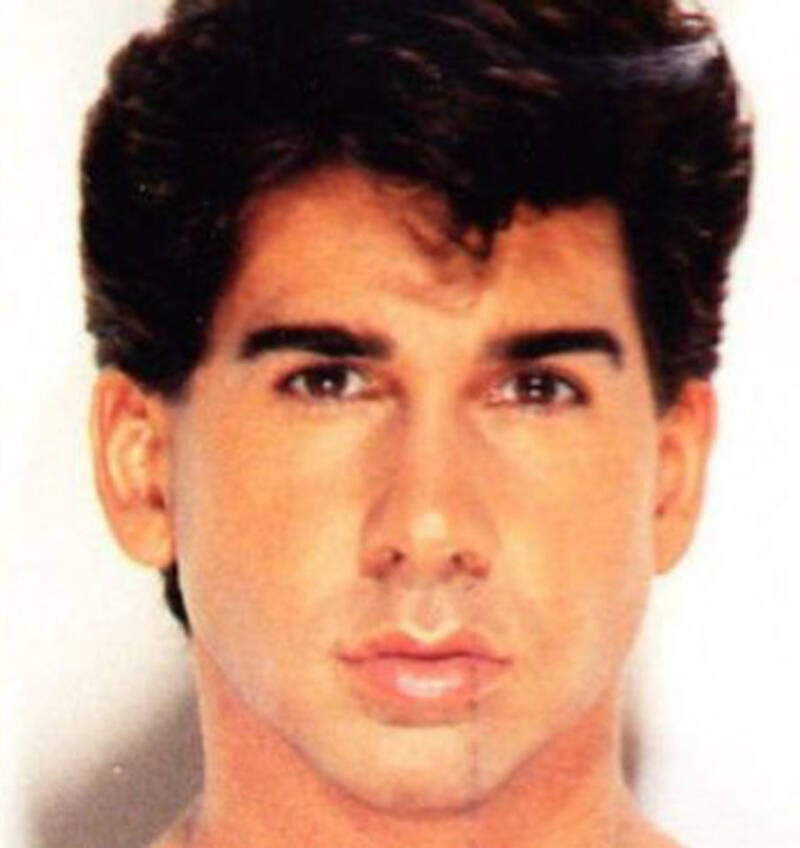 What came next would change Rand Gauthier’s life, the lives of Tommy Lee and Pamela Anderson, and the world as we know it. Go inside the true story of Pam &Tommy — and Rand Gauthier.

Who Is Rand Gauthier?

Rand Gauthier spent his life on the periphery of Hollywood fame. His father, Dick Gautier, was a successful actor who had starred in Bye Bye Birdie on Broadway and acted in TV’s Get Smart. Gauthier even grew up across the street from Dick Van Dyke.

But Gauthier soon found himself heading down a different path. He decided to adjust his last name — from Gautier to Gauthier — because he felt his father had never “really believed in me.” 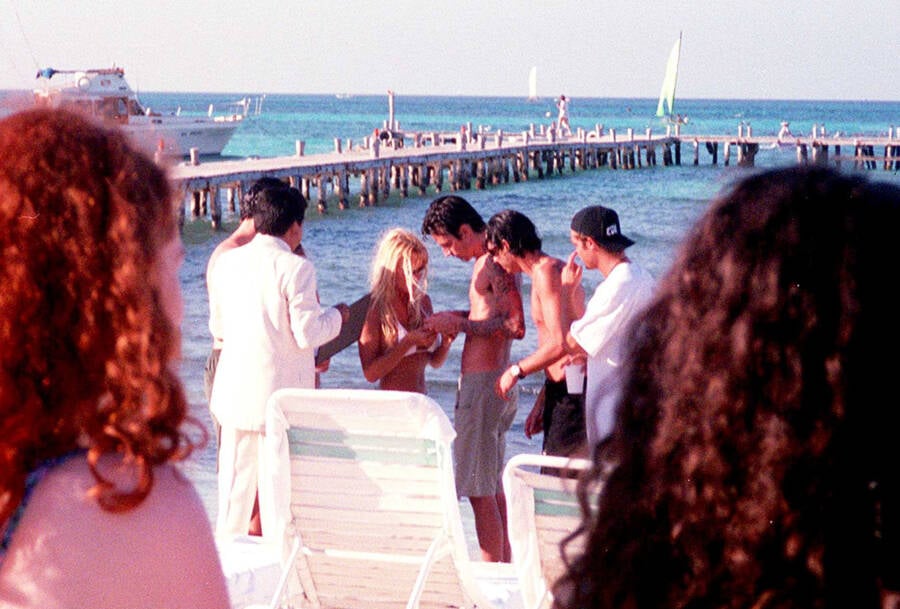 Lee, the drummer for Mötley Crüe, and Anderson, the star of Baywatch, had shocked the world by getting married in 1995 after a brief, whirlwind romance. By the time Gauthier entered their lives, they’d started a sprawling, dramatic renovation project on their shared mansion in Malibu.

However, when it came time to pay Rand Gauthier the $20,000 they owed him for electrical work, the couple refused. What’s more, Lee threatened Gauthier with a shotgun when he returned to the property to pick up his tools.

“I was never really that popular with people,” Gauthier told Rolling Stone in 2014. “But I had never been held at gunpoint. It screwed with my head.”

Gauthier started to plot his revenge. He knew that the couple had a safe full of valuables. And thanks to his extensive work on the premises, Gauthier thought he could get away with stealing it.

But Rand Gauthier had no idea what the safe actually contained.

Shortly before Halloween 1995, Rand Gauthier put his plan into motion. With a white yak fur rug thrown over his head — he hoped to be mistaken for a dog in security footage — Gauthier crept into Tommy Lee and Pamela Anderson’s home around 3 a.m. and made a beeline for the safe.

Lee later said that the safe was “as big as a fridge and weighed 500 pounds when empty.” But Gauthier claims he managed to remove it from the wall, stick it on a dolly, and lift it into his truck on his own. Once he made his getaway, he used a saw to break inside. 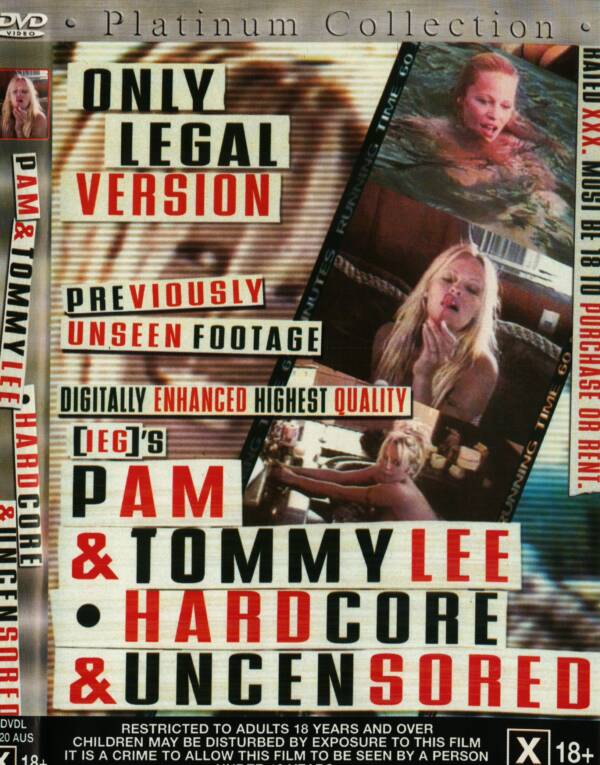 IEGRand Gauthier eventually made VHS copies of the sex tape and sold them online before a company called the Internet Entertainment Group gained sole distribution rights.

“We put it in and see what it is, and of course, cha-ching,” Gauthier recalled of watching the 54-minute tape with the studio manager. “The dollar signs fly before our eyes. But we’re going, this is the kind of thing people will get killed over.”

After all, the tape was stolen property, and neither Lee nor Anderson had approved its distribution. But New York City mobster Louis “Butchie” Peraino, a member of the Colombo crime family, agreed to loan Gauthier and Ingley the capitol to distribute the tape themselves. To do, they turned to the fledling World Wide Web.

Only 25 million Americans had access to the Internet in 1995. (Today, that number is closer to 313 million.) So Gauthier and Ingley were operating under the radar when they set up websites like pamsex.com, pamlee.com, and pamsextape.com.

Online, people could order the tape for $59.95 and have it delivered discreetly to their door. But as Rand Gauthier dreamed of buying a castle in Spain with the windfall, his plot to sell the sex tape began to fall apart.

As 1995 turned into 1996, two things happened almost simultaneously: anyone with a copy of the tape figured out that they could duplicate it themselves and sell it, and Tommy Lee and Pamela Anderson realized that their safe was gone. 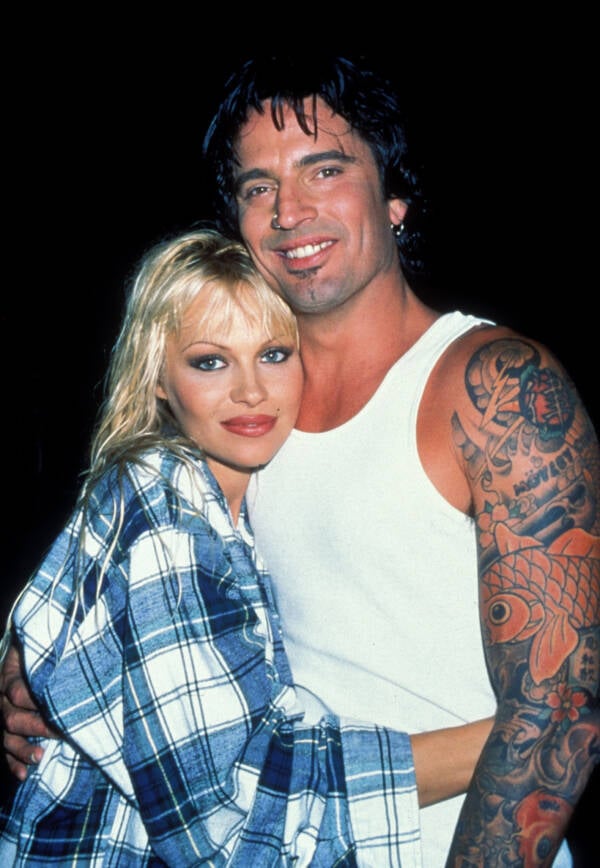 “My heart stopped for a second when I realized it had been stolen,” Lee recalled. “We knew the tape was in the safe but we never thought that the thieves were after anything but guns and money.”

“You tell that motherfucker we’re going to come back and blow somebody’s balls off unless that tape gets puts back,” one of the bikers threatened.

Worse, Gauthier’s dreams of riches vanished in a puff of smoke. As he went into hiding — racked with paranoia and insomnia — copycat websites began popping up to sell Lee and Anderson’s sex tape. His profits took a nosedive. And Peraino still expected his loan to be repaid.

Though Lee and Anderson filed a $10 million civil lawsuit against anyone they believed might have the tape, including Rand Gauthier, things had spiraled out of their control. In November 1997, the tape was broadcast in a loop online for subscribers of a site called “Club Love.” And by 1998, people could simply pick up the tape at an adult video store.

“We were having dinner, watching the news in the kitchen, when we see footage of clerks stocking the shelves at Tower Records with copies of a videotape of me and Pamela fucking,” Lee said. “We were horrified.”

Meanwhile, Rand Gauthier owed the mob money that he didn’t have. So he started working for Peraino. He spent his days chasing people with debts, wielding a metal handle from a mop that he used to break their collarbones.

Whenever he heard about the tape, an associate recalled, Rand Gauthier’s eyes filled with tears.

Where Is Rand Gauthier Today?

Today, the Tommy Lee and Pamela Anderson sex tape remains one of the most well-known leaked home videos of all time. But Rand Gauthier has a surprising view of it.

“They’re in love and a couple and they’re just having fun with each other, and I think that’s great,” Gauthier said. “I’m jealous. I wish I had something like that.” 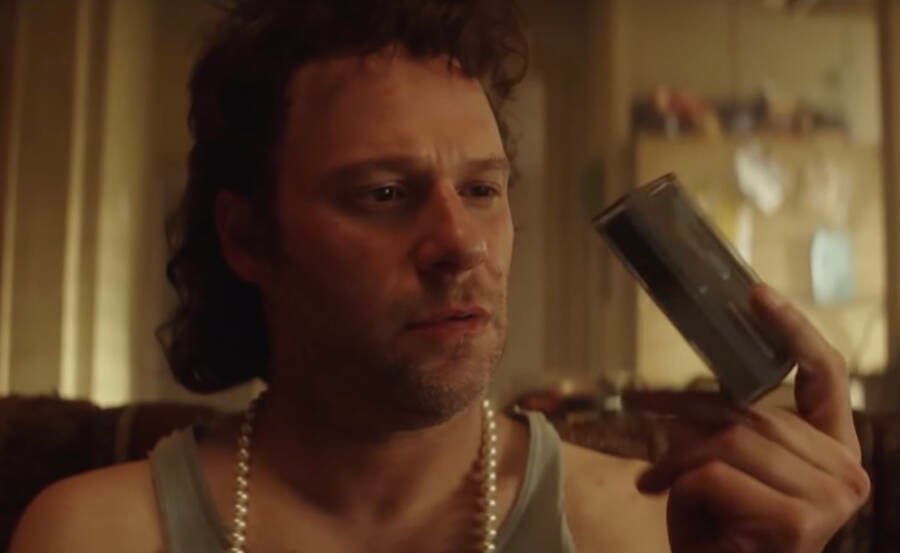 HuluSeth Rogen as Rand Gauthier in the 2022 miniseries Pam and Tommy.

Anderson and Lee, however, have a slightly different view of things. “Not being able to do anything… about [the tape] was adding so much frustration and stress to our relationship,” Lee said in 2014. “It was consuming us.”

And Anderson recalled having to sit for depositions with leering men who asked her about her sex life. “Old men with crusty white shit in the corners of their mouths would hold up pictures of me naked in Playboy and ask why I’d even care that the tape was out there,” Anderson said.

“They said the public had a right to know what was on the tape because it was newsworthy… I couldn’t handle it.”

A Facebook profile with his name lists his occupation as Owner/Engineer at Q Electrical Services in Newberg, Oregon. And his role in Anderson and Lee’s sex tape scandal is more of a footnote. He says people don’t even believe him when he admits to stealing the tape.

After reading about Rand Gauthier and the true story of Pam and Tommy, look through this list of celebrities who overcame tragic childhoods. Or, read these 21 facts about sex.